By APO Group
By Miguel Artacho, Field Editor Although The Gambia is actively exploring offshore areas to tap into hydrocarbons potential and aims to position itself as one of the new oil producing countries in the MSGBC Basin; by no means is fossil fuel development the only area in which the Gambian authorities are looking to boost the dynamism… 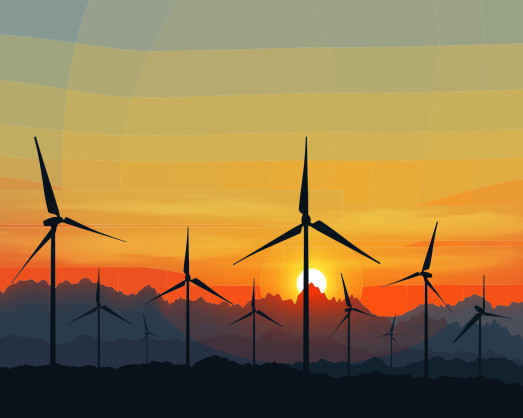 Although The Gambia is actively exploring offshore areas to tap into hydrocarbons potential and aims to position itself as one of the new oil producing countries in the MSGBC Basin; by no means is fossil fuel development the only area in which the Gambian authorities are looking to boost the dynamism of the country´s energy sector. A number of ambitious projects are also underway by utilizing renewable energy technologies. Today, the main sources of energy in The Gambia are primarily firewood, electricity, petroleum imports, and Liquefied Petroleum Gas (LPG). But a number of renewable energy initiatives are in the works thanks to ongoing funding from individual countries as well as by multilateral institutions like the European Investment Bank (EIB). Thus, The Gambia is becoming increasingly well positioned to help diversify its energy mix by incorporating new sources of renewable energy.

H.E. the Vice President Dr. Isatou Touray presided (https://bit.ly/3Ely2qN) over the inauguration of a €2.7 million project named Renewable Energy Potentials in The Gambia on September 6, 2021. The initiative is being funded by the German Federal Ministry of Education and Research (BMBF). It is a four-year project that will be implemented on the ground by the Ministry of Higher Education, Research, Science and Technology as well as their academic partner the University of The Gambia (UTG).

Following the inauguration H.E. Vice President Dr. Isatou Touray stated that: “The Gambia contributes a very insignificant amount of CO2 emissions that cause climate change. Therefore, reducing the impact of climate change through this project is a massive opportunity that The Gambia cannot afford to miss.” Furthermore, the Vice President emphasized that: “this inauguration would serve as a step in the right direction of implementing The Gambia´s Nationally-Determined Contributions (NDC´s).” These NDC´s were undertaken as part of The Gambia´s commitments stemming from the 21st Conference of Parties (COP 21) of the United Nations Framework Convention on Climate Change (UNFCCC) which took place in Paris, France, during 2015.

The Gambia has been firmly committed to a number of climate change mitigation initiatives, in spite of not being a major polluter in contrast to some of the world´s larger and far more industrialized economies, which are responsible for a much greater share of global CO2 emissions. Dr. Isatou Touray noted that: “The world is moving towards a green economy and The Gambia will surely not be left behind in that endeavor. The government and The Gambia business sector increasingly understand that there is no tradeoff between a healthy environment and a healthy economy. We can have both at the same time because green business is good business.”

The Minister of Environment, Climate Change and Natural Resources H.E. Lamin B. Dibba, equally emphasized the importance of the REPGam project, and noted that “what the project intends to achieve, would not only enable The Gambia to achieve its national target, but also to achieve multilateral environment agreements that The Gambia has signed.” The country is committed to overcoming the numerous challenges it faces in terms of the environment and the agricultural sector, an essential component of the national economy by employing the strength of research, science, technology and innovation.

Adding some concrete technical details about the REPGam project, The Deputy Permanent Secretary of Ministry of Higher Education Dr. Yusupha Touray said: “the project would provide timely availability of clean and affordable electricity in 23 different communities in The Gambia, thereby enhancing those communities’ lives and livelihoods.” An equally important aspect of this project is that of developing local content and fostering capacity building among the youth of The Gambia. It will help train an estimated 210 young workers throughout various communities around the country in a valuable skill-set which is the installation, maintenance and franchising of photovoltaic systems. The development of photovoltaic energy is a top priority for Gambian authorities and the use of this renewable energy resource is increasing throughout the country for domestic, industrial and commercial use.

A report (https://bit.ly/3AfNAdq) by the Department of Commerce of The United States notes that The Gambia´s electricity prices are among the highest in the world, which makes the utilization of alternative energy sources such as biodiesel, steam, solar and wind increasingly attractive. The aforementioned source notes that both the government and Gambia´s national utility company (NAWEC), a state-owned enterprise, have recognized high levels of demand for power and weaknesses in the transmission and distribution network as challenges that need to be addressed in order for the country´s power sector to be more reliable and competitive in the near future.

Rural electrification and ending energy poverty are major challenges not just for The Gambia but throughout many emerging markets in sub-Saharan Africa. In March of 2019, the country took an important step in promoting the renewable energy sector. This was part of a €142 million initiative to harness solar power and supply clean energy across the country, backed (https://bit.ly/3zeeNM7) by the European Investment Bank, the World Bank, and the European Union.

Through the EIB project (https://bit.ly/3ltGXOv), The Gambia is set to become the first country in the world to ensure that as many as 1,100 rural schools and health centers will benefit from having a reliable energy supply by using solar and battery pack technology. It notes that: “Once operational the scheme will increase energy supply in The Gambia by one fifth and transform electricity access in rural communities through construction of a new photovoltaic plant in Jambur, near Banjul. The project will increase access to energy, ensure that education and health services benefit from reliable power and help to address current power shortages in the country.”

Over the past decade the European Investment Bank has provided over €6.4 billion for energy investment across sub-Saharan Africa, and The Gambia is well positioned to continue attracting investment in renewable energy projects. One of the main reasons that The Gambia stands to benefit from additional funding for renewable energy projects is because of several factors. The country has a favorable investment climate, and is a member of ECOWAS, thus facilitating intra-regional trade and cooperation with other sub-Saharan African countries. In addition, in April of 2019, The Gambia became one of the latest countries to ratify the African Continental Free Trade Agreement (AFCTFTA). The Gambia´s decision to join the AFCFTA means the continent-wide free trade agreement has surpassed an important milestone and now obtained the minimum number of ratifications to enter into effect. If all signatories eventually ratify the deal, the AFCFTA will include 55 African states with combined gross domestic product of nearly US$ 3 trillion.

In response to growing demand for renewable power, and increasing interest by international stakeholders to invest, develop, and succeed in Africa, Energy Capital & Power will hold the MSGBC Oil, Gas, & Power 2021 (https://bit.ly/3kaQQRz) conference and exhibition on the 1-3 December 2021. Focused on enhancing regional partnerships, spurring investment and development in the oil, gas and power sectors, the conference will unite regional international stakeholders with African opportunities, serving as a growth-oriented platform for Africa’s energy sector.

World
Biden accuses Trump Republicans of white supremacy
3 hours ago
US President Joe Biden on Thursday used the backdrop of the Martin Luther King Jr. memorial to charge Republicans with following Donald Trump into a "deep black hole" of white supremacy
Spotlight
Lola Akinmade Akerstrom: The Multidisciplinary Storyteller
4 hours ago
The art of storytelling is one that has been passed down since time immemorial as it is in our nature as humans to document aspects of our life for personal or impersonal reasons. Using different means of documentation ranging from photography, writing, art, music, and more. It is truly fascinating when one person possesses an…
World
NATO pushes own defences as Afghanistan lessons weighed
4 hours ago
NATO defence ministers on Thursday pushed to bolster the alliance's defences, as they weighed the calamitous end to their involvement in Afghanistan.
AMA Press Releases
Vodafone connects its customers with Thales’ Eco-SIM card
5 hours ago
Thales to supply Vodafone Group with eco-designed SIM cards made from recycled refrigerators.Millions of subscribers in Europe and Africa set to benefit from eco-responsible innovation. PARIS, France, 21 October 2021,-/African Media Agency(AMA)/- Thales to supply Vodafone Group with Eco-SIM; a product whose card body is made out of 100% recycled plastic from refrigerator interiors. Vodafone initially…
AMA Press Releases
Bybit Wins the Most Transparent Exchange at Crypto Expo Dubai 2021
5 hours ago
DUBAI, UAE, 21 October 2021 -/African Media Agency(AMA)/- Bybit, one of the world’s fastest growing cryptocurrency exchanges, has clinched the “Most Transparent Exchange” award at Crypto Expo Dubai (CED) Awards 2021. The award recognized Bybit for its track record of stellar performance, user feedback, scale and financials.  “We are honored to receive this distinction, and will work…

APO Press Releases
Radisson Hotel Group set to double its West and Central Africa portfolio by 2025
5 hours ago
Radisson Hotel Group (RadissonHotels.com), one of the world’s leading hotel companies, has identified West & Central Africa as key markets in its African development strategy, growing its portfolio from one hotel in 2008 to the current portfolio of 25 hotels in operation and under development. With its robust expansion strategy, the Group is on track…

APO Press Releases
Business supports the Africa Shared Value Leadership Summit - and lends its voice to the profit with purpose movement
5 hours ago
Across the world, the Shared Value community continues to grow as more companies become aware of the importance of not just purpose but how an organisation is able to deliver on its purpose through Shared Value. For nearly two years, we have not only seen and felt the effects of pandemic but also the demonstration…

APO Press Releases
A year of recovery ahead reflected in the upcoming African Energy Chamber's Flagship Outlook Report, The State of African Energy 2022
5 hours ago
According to the Chambers outlook in 2022, Over 580 million (almost 46%) of the continent’s population lack access to electricity. To “make energy poverty history by 2030”, Africa’s electricity generation capacity needs to expand rapidly by over 6% a year to support strong economic growth, foster industrialisation, and safeguard livelihoods. Despite Africa’s expected growth in…