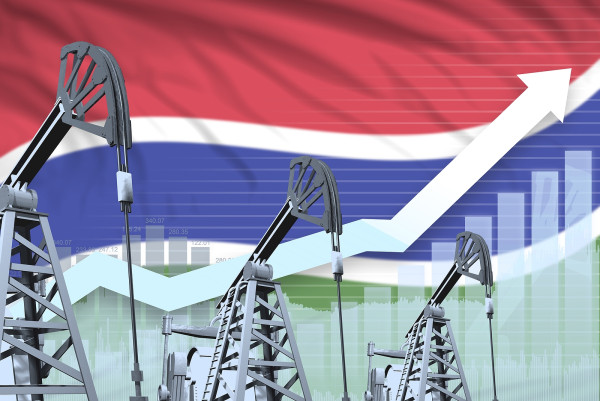 The Ministry of Petroleum and Energy, Gambia and the Gambia National Petroleum Company (GNPC) have been confirmed as strategic government partners and speakers for the upcoming MSGBC Oil, Gas & Power 2021 Conference and Exhibition, organized by Energy Capital & Power, taking place in Dakar on 2-3 December, 2021.

Under the leadership of H.E, Fafa Sanyang, Minister of Petroleum and Energy, regional partnership development and investment into all facets of The Gambia’s energy sectors – including oil and gas, renewable energy and the power sector – have seen an uptick of activity and growth.

The Ministry has actively encouraged oil exploration activities by creating a policy framework that is both stable and friendly to investors. A key component of the strategy put in place by The Gambia for the expansion of the hydrocarbons sector is to encourage the private sector to participate in the development of the sector by various means, including building relevant infrastructure for petroleum and Liquid Petroleum (LPG) as required.

The Gambian delegation official speakers will include Lamim Camara, Permanent Secretary, Ministry of Petroleum and Energy, and Jarreh Barrow, Commissioner for Petroleum; together with speakers from the GNPC including Yaya Barrow, Managing Director, GNPC and Cany Jobe, Director of Exploration and production, GNPC.

An ambitious offshore and onshore hydrocarbons exploration campaign is underway in The Gambia with both regional oil and gas companies and international oil companies (IOCs) participating.

The Gambia is looking to emulate the success of major discoveries that have taken place in 2014-2016 in other countries of the MSGBC Basin such as Senegal and Mauritania, and expand ongoing exploration and production programs. There are two onshore and six offshore blocks. Block A4 is licenced to Petronor, while Blocks A2 and A5 are licenced to FAR and Petronor JV. A1, which was licenced to BP, is now on the market looking for investors.

In order to expedite the pace of development in The Gambia´s hydrocarbons sector, the representatives from GNPC are looking to develop regional alliances to promote greater energy sector cooperation and to attract renewed foreign investment into the sector. The MSGBC Basin is currently one of the most exciting frontier oil plays in West Africa.

The upcoming MSGBC Oil, Gas & Power 2021 Conference and Exhibition is the leading platform whereby representatives from The Gambia will have the opportunity to network with global energy stakeholders, establishing new partnerships and enhancing sectoral activities. The conference covers the entire MSGBC region and is focused on promoting regional investment opportunities, and positioning frontier basins, such as those found in The Gambia, at the forefront of the event.

Nigeria
Former aviation minister Stella Oduah for arraignment November 22
5 mins ago
A Federal High Court, Abuja on Wednesday fixed Nov. 22 for the arraignment of ex-Aviation Minister, Stella Oduah, over allegations bordering on fraud while she served in the office. Although Oduah, who currently represents Anambra North Senatorial District at the National Assembly, was scheduled for arraignment before Justice Inyang Ekwo on Tuesday, the proceeding could…
Guardian Life
Lagos Fashion Week 2021: The Future Starts Now
11 mins ago
Following a pandemic-induced hiatus, Lagos Fashion Week is finally set to return from October 27th-October 30th at the Lagos Fashion Week Tents, Federal Palace Hotel. #TheFutureStartsNow is the defining theme for this year's edition which speaks to the need for a global fashion industry that preserves and conserves the environment, and values people over profit.…
Sport
Steve Bruce leaves Newcastle by 'mutual consent' after takeover
39 mins ago
Steve Bruce has left his position as Newcastle manager by "mutual consent", 13 days after a Saudi-led takeover at St James' Park, the Premier League club announced on Wednesday. "Newcastle United can confirm that Steve Bruce has left his position as head coach by mutual consent," said a club statement. "He leaves the Magpies after…
Sport
Top African players in Premier League history
1 hour ago
The English Premier League (EPL) has been home to some of the best players to ever cross the pitch. Few regions have contributed to that image more than Africa. Some incredible African players have left a lasting impression on the domestic game in England. Some of the biggest clubs have had African players play for…
What's New
Facebook Plans To Change Company Name To Shake Off Multiple Scandals
1 hour ago
Facebook plans to rebrand itself with a new name next week in a bid to distance itself from multiple scandals. The social media site - Facebook- may likely retain its moniker, but the parent company, Facebook Inc., which also owns Instagram and Whatsapp, will rebrand. The Verge reports that Facebook CEO Mark Zuckerberg plans to…

APO Press Releases
Secretary-General of Ministry of Foreign Affairs Bids Farewell to Ambassador of Mali
1 day ago
HE Secretary-General of the Ministry of Foreign Affairs Dr. Ahmed bin Hassan Al Hammadi met Tuesday with HE Ambassador of Republic of Mali Shaykh Ahmad Tijani Diakite, on the occasion of the end of his tenure. HE Secretary-General of the Ministry of Foreign Affairs thanked HE the Ambassador for his efforts in supporting and strengthening…
APO Press Releases
Coronavirus - Malawi: UK Emergency Medical Team provides COVID-19 support and training to health workers in Malawi
11 hours ago
Download logoA UK Emergency Medical Team (EMT) will deploy to Malawi for 8 weeks to support the Ministry of Health’s Covid-19 response, particularly in management of critically ill COVID patients, community perceptions around COVID-19 and support to community engagement on national COVID-19 vaccination efforts. The UK EMT is a rapid medical response capability, comprising of…

APO Press Releases
African Union of Broadcasting (AUB) and Canal+ to kick against Television Signal piracy
11 hours ago
Television Signal piracy is a real shortfall for the audiovisual industry, nowadays. During the African Nations Championship held in Cameroon in January-February 2021, opportunity was given to the African Union of Broadcasting (www.uar-AUB.org ) to (re) take stock of satellite and online piracy, during broadcast time. Out of 32 games delivered in 21 days, several were screened…