By APO Group
Share on Facebook Share on Twitter Share on WhatsApp Share on Telegram
Collaboration will produce local television series, National Geographic Kids Africa in 2022; Kenya-based WildlifeDirect will serve as producing partner and lead on-the-ground outreach program; the programme aims to motivate lasting, impactful behavioural change in young viewers and communities in Africa, inspiring the next generation of conservation leaders to care for the natural world and providing them… 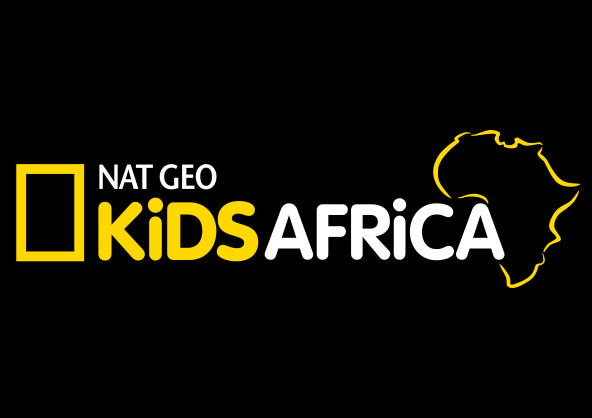 Collaboration will produce local television series, National Geographic Kids Africa in 2022; Kenya-based WildlifeDirect will serve as producing partner and lead on-the-ground outreach program; the programme aims to motivate lasting, impactful behavioural change in young viewers and communities in Africa, inspiring the next generation of conservation leaders to care for the natural world and providing them with the knowledge and skills to understand, conserve, and protect it; the program aims to support the growth and expansion of Africa’s vital creative sector.

At a launch in Nairobi, Kenya today, the U.S. Department of State, the U.S. Agency for International Development (USAID), and The Walt Disney Company announced that together they will develop and implement educational entertainment and outreach programs in East Africa, in collaboration with local implementing partner WildlifeDirect.

This collaboration will see the creation, development and distribution of a factual entertainment and engagement programme for kids, National Geographic Kids Africa, which focuses on the development of local content surrounding the environment, conservation and associated topics that are important to children and their communities. The project aims to inspire and promote behaviour change in its audiences to protect the world in which they live through engendering a deeper understanding of the natural environment.

The undertaking includes a 26-part television series that will be shot primarily in East Africa but with additional filming in West and Southern Africa. The series will be produced by The Walt Disney Company in association with Kenya-based WildlifeDirect, who will collaborate on research and creative approaches. National Geographic Kids Africa will air across the continent on both National Geographic Wild and Disney Channel, and will extend into engaging digital platforms that further explore biodiversity, wildlife and the natural world, as well as the threats and challenges being experienced.

Extending the reach of the National Geographic Kids Africa initiative further, a community outreach project will be launched by implementation partner WildlifeDirect across East Africa, aiming to encourage learners from 200 schools to make a lasting impact on the conservation of species-rich landscapes. By investing in knowledge and skills, through tools such as conservation hubs, educational resources, bespoke educator training and more, the outreach program aims to develop a passionate community of young explorers with the fascination and desire to protect their continent and their world.

The programme will be produced entirely in Africa, by African storytellers, with a commitment to showcase the stories, leadership and expertise of conservationists and communities from across the continent.

The U.S. Department of State, U.S. Embassies, and local partners in Africa will enhance this initiative through multiple academic, cultural, and professional exchanges. The Department’s Bureau of Educational and Cultural Affairs’ people-to-people exchange programs will support professional development and skills sharing across sectors, including conservation, the creative industries, tourism and sustainable practices.  Exchange programs create lasting connections and will harness attention on conservation and the importance of protecting the natural world. The Department’s Bureau of Oceans and International Environmental and Scientific Affairs will continue to lead diplomatic efforts to expand and strengthen policy and programs to conserve and protect nature.

Christine Service, General Manager of The Walt Disney Company Africa adds: “For over 133 years, National Geographic’s core mission has been to ignite the explorer in everyone through thought-provoking, fact-based storytelling from scientists, explorers, photographers and filmmakers. This initiative will bring children from across the continent into the conversation and, in doing so, energize the next generation of environmental advocates through this innovative and engaging programme.”

Says Dr. Paula Kahumbu, CEO of WildlifeDirect: “We are deeply humbled and proud to be working with some of the world’s greatest institutions, the U.S. Department of State, USAID, Disney and National Geographic, to transform conservation outcomes in Africa by inspiring people in Africa and around the world through the authentic voices of Africa's young heroes. This series is a first in so many ways, not least the unique partnership but also because of outreach efforts which will deliver a positive impact on nature across the region”.

In addition to amplifying local voices around conservation, the National Geographic Kids Africa initiative supports important policy goals in addressing the twin crises of climate change and the loss of biodiversity.  U.S. climate and conservation diplomacy aspires to realize economic growth, energy security, and a healthy planet.  The loss of nature and the loss of nature’s important gifts to people affect all people, and bold action to tackle these twin crises is more urgent than ever.

By engaging the next generation, National Geographic Kids Africa is a critical part of this effort. The series will tell the story of forward-thinking climate and conservation action in inspiring ways that highlight the work of children across the continent and will encourage others in Africa to make a difference in their own way.

Says Matthew Lussenhop, Acting Assistant Secretary, Bureau of Educational and Cultural Affairs, U.S. Department of State: “A key element of our charge is to address the environmental, social, political, and economic challenges we all face. We look forward to enhancing this important initiative with people-to-people exchanges to inspire and connect the next generation of conservationists, filmmakers and leaders in Africa who will create lasting change to protect their natural environment. This partnership represents an innovative way forward to address some of the most pressing issues of our time.”

USAID’s conservation programming plays a critical role in ensuring the world’s most vulnerable people can secure their health and well-being while managing and conserving their natural wealth. Through partnerships with governments, communities, and the private sector in 60 countries, USAID works to conserve natural systems and improve the lives of people who depend on them. These conservation activities also reduce greenhouse gas emissions and increase carbon storage. USAID’s nature-based solutions are building the resilience of people, priority ecosystems, and economies to climate change.

Says Karl Fickenscher, Acting Assistant Administrator of the Bureau for Development, Democracy, and Innovation (DDI), USAID: “National Geographic Kids Africa embodies USAID's new vision for global development that combines working together with our U.S. State Department colleagues, our private sector partner, The Walt Disney Company, and our local Kenyan partner WildlifeDirect. We could not be prouder to stand alongside them, and perhaps most importantly, alongside the students, young environmentalists, and kids from communities across Africa, who will work to protect and conserve the world around them— today and in the future.”

In addition to partnering with African filmmakers to tell African stories around conservation and environmental themes to reach African and global audiences, National Geographic Kids Africa will further advance The Walt Disney Company’s longstanding commitment to environmental stewardship, which goes back to its founding more than 90 years ago. Walt Disney himself said that “conservation isn’t just the business of a few people. It’s a matter that concerns all of us.” National Geographic Kids Africa is another way The Walt Disney Company is focused on helping to protect the planet.

Currently in pre-production, the National Geographic Kids Africa programme is set for a mid-to-late 2022 rollout across Africa. https://bit.ly/3clVkA5

Distributed by APO Group on behalf of The Walt Disney Company.

For U.S. Department of State
The Bureau of Educational and Cultural Affairs:
ECA-Press@state.gov

About The Walt Disney Company EMEA:
The Walt Disney Company, together with its subsidiaries and affiliates, is a leading diversified international family entertainment and media enterprise that includes Disney Parks, Experiences and Products; Disney Media & Entertainment Distribution; and three content groups—Studios, General Entertainment and Sports–focused on developing and producing content for DTC, theatrical and linear platforms. Disney is a Dow 30 company and had annual revenues of $65.4 billion in its Fiscal Year 2020.

The Walt Disney Company has been in Europe, Middle East and Africa (EMEA) for over 80 years and employs thousands across the region. Between Disneyland Paris and its other iconic brands, including Disney, Pixar, Marvel, Star Wars, National Geographic, 20th Century Studios and ESPN, The Walt Disney Company EMEA entertains, informs and inspires millions of consumers in more than 130 countries through the power of unparalleled storytelling. Disney+, the company’s direct-to-consumer streaming service, is currently available in 17 markets across Europe.

About WildlifeDirect:
WildlifeDirect is internationally recognized as a high impact Kenyan based organization that seeks to change hearts, minds and laws so that Africa’s wildlife endures forever. The mission of WildlifeDirect is to connect people to their wildlife and nature and inspire them to treasure it and act to conserve it. The organization produces Wildlife Warriors, a popular wildlife TV series about our wildlife heroes and heroines, and the animals that they are saving. We aim to transform and catalyze the wildlife film making industry in Africa. The series is screened on national TV as well as in classrooms through the Wildlife Warriors Kids conservation education program.

The Bureau of Educational and Cultural Affairs' (ECA) mission is to increase mutual understanding between the people of the United States and the people of other countries by means of educational and cultural exchange that assist in the development of peaceful relations.

Nigeria
Buhari hails Tems for winning Grammy Award
2 mins ago
President Muhammadu Buhari has joined fans and lovers of Nigerian music in celebrating new heights of recognition and appreciation as Afrobeat crooner, Tems, wins “‘Best Melodic Rap Performance” category at the Grammy Awards.
Nigeria
APC postpones presidential campaign rally in Oyo indefinitely
1 hour ago
The All Progressives Congress (APC) has postponed its presidential campaign rally scheduled for Tuesday in Ibadan indefinitely.
World
Former military ruler Musharraf's body to be flown to Pakistan
1 hour ago
The body of Pakistan's exiled former military ruler Pervez Musharraf, who became a key US ally during the "war on terror", is expected to be repatriated on Monday.
World
India opens its largest helicopter factory in new defence push
2 hours ago
India unveiled on Monday its largest helicopter factory, which can turn out at least 1,000 aircraft a year, as part of a defence self-reliance push to counter China's growing assertiveness.
Politics
Awonuga hail Ogun electorate large turnout at ADC flag-off campaign
2 hours ago
The Governorship Candidate of the African Democratic Congress (ADC), Mr Biyi Otegbeye and his Deputy, Olatunde Awonuga have saluted the generality of the people of Ogun State for the overwhelming support demonstrated with the large turnout at the formal flag-off Governorship Campaign at the Ake Palace Ground in Abeokuta. Speaking at the ADC flag campaign,…

Politics
Awonuga hail Ogun electorate large turnout at ADC flag-off campaign
2 hours ago
The Governorship Candidate of the African Democratic Congress (ADC), Mr Biyi Otegbeye and his Deputy, Olatunde Awonuga have saluted the generality of the people of Ogun State for the overwhelming support demonstrated with the large turnout at the formal flag-off Governorship Campaign at the Ake Palace Ground in Abeokuta. Speaking at the ADC flag campaign,…