By APO Group
Share on Facebook Share on Twitter Share on WhatsApp Share on Telegram
By Gabriel Mbaga Obiang Lima, Minister of Mines and Hydrocarbons of Equatorial Guinea Since Ireland in 2018 became the first country to say it would divest entirely from fossil fuels, governments, activists, and agencies worldwide have begun reciting the same rallying cry: ban all financing on hydrocarbons development and production. The idea of a blanket… 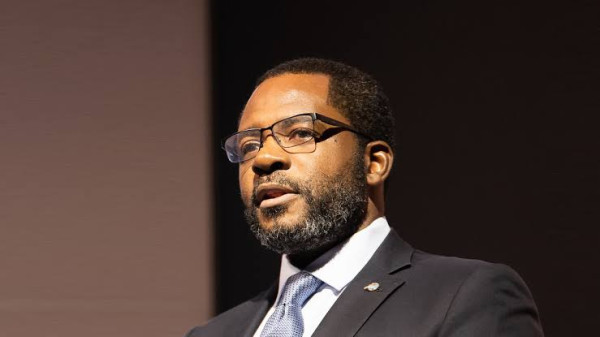 By Gabriel Mbaga Obiang Lima, Minister of Mines and Hydrocarbons of Equatorial Guinea

Since Ireland in 2018 became the first country to say it would divest entirely from fossil fuels, governments, activists, and agencies worldwide have begun reciting the same rallying cry: ban all financing on hydrocarbons development and production.

The idea of a blanket ban is intended to help reach net-zero ambitions and quell climate change. Proponents say that by reducing funding for oil, natural gas, and coal, more of it will stay in the ground and the world will be forced to switch to renewables for electricity and heat — regardless of whether the infrastructure and capacity exist to provide solar, wind, and hydropower equitably across the globe.

Just days before the start of Africa Energy Week 2021, November 9-12, in Cape Town, organized by the African Energy Chamber, in partnership with South Africa’s Department of Mineral Resources and Energy. We have made an important step to improve our hydrocarbons legislation as the oil and gas sector, accounts for more than 60% of Equatorial Guinea’s GDP.

Since 1996, the discovery and development of oil and gas have transformed the economy of Equatorial Guinea. Petroleum products account for the vast majority of our exports, more than 60% of our gross domestic product (GDP), and 80% of our fiscal revenue. Thanks to leveraging our hydrocarbon resources, we are proud to say we have the highest per capita GCP in Sub-Saharan Africa.

Like many other countries, however, GDP shrank during the COVID-19 pandemic, and investment retracted as well.

With the pandemic receding, at least for now, and the market returning, we must embrace the opportunity to restore our economy. Equatorial Guinea is endowed with huge hydrocarbon riches: 1.1 billion barrels of proved crude oil reserves and 1.3 trillion cubic feet of proved natural gas reserves. It will take more investment to get those resources produced and put to good use, not less.

With that in mind, Equatorial Guinea is revising our 2006 Hydrocarbon Law.

Our hope is that it will enable us to attract more regional and international energy participants and incentivize investment across the entire value chain. That will allow us to realize the potential of our offshore natural gas industry and become increasingly competitive in the gas sector.

One key factor is the continued monetization of the Alen Gas project, which includes a network of production, processing, and transport facilities at Punta Europa, Bioko Island. The project, which is led by Chevron and partners (Glencore, Atlas Petroleum, Gunvor and GEPetrol), has attracted direct foreign investment of $475 million. First gas began flowing at the project in March 2021.

Alen Gas represents the first phase of the Gas Mega Hub (GMH). GMH is a national strategy to harness our unexploited domestic gas resources and help our LNG facilities remain competitive, but it goes beyond our borders. GMH includes the proposed cross-boundary project with our neighbor Cameroon, which will allow both countries to benefit from our shared resources in the Yoyo-Yolanda condensate gas field and build an intra-African LNG industry. We are going to prioritize regional gas deals with Nigeria as it is key. Working with our American partners, we have a plan for Fortuna FLNG which we intend to use world class technology to produce low carbon LNG.

We will not stop there because Equatorial Guinea is a model for how a gas-rich region can exploit its resources and enhance sector growth. In Africa, like many other nations, natural gas means jobs. In Africa, in particular, it has the potential to lift families out of poverty. We will use Equatorial Guinea’s gas to join the fight in Making Energy Poverty History. Imagine an Africa where gas to power projects are used to drive up possibilities for many and create jobs and expand our tax base.

What’s more, because natural gas is the cleanest fossil fuel, it is essential to the energy transition. It’s widely known that nations including the United States, the UK, and Japan are building their transition plans around it. Why should Africa be any different? Instead of calling for investment in African natural gas to be shut off like a pipeline valve, the world should be supporting it as a passage to a net-zero future.

Nigeria
Don’t be political spectators, let your numbers count- Bello
2 hours ago
Yahaya Bello of Kogi has called on Nigerian youths to make their numbers count and not be political spectators in the country’s 2023 general elections and democratic processes.
World
IMF to grant Zambia financial relief in return for ‘bold’ reforms
3 hours ago
The International Monetary Fund (IMF) has announced plans to give financial relief to Zambia in return for economic reforms.
Sport
Dortmund 'praying' Haaland stays next season, says Riedle
5 hours ago
Borussia Dortmund legend Karl-Heinz Riedle says the Bundesliga club is 'praying' star striker Erling Haaland stays next season as they fend off interest from the Premier League.
World
At least 17 suspected Omicron cases after Oslo party
5 hours ago
At least 17 people who caught Covid-19 after a Christmas party with more than 100 guests in Oslo last week are suspected of having the Omicron variant, officials said Friday.
Nigeria
Procurements, postings at Refugee Commission in line with procurement act - NCFRMI
5 hours ago
The National Commission for Refugees, Migrants and Internally Displaced Persons (NCFRMI) says media attack would not distract the management. The establishment is under the Ministry Humanitarian Affairs, Disaster Management and Social Development. Sampson Ikemitang, Head of Public Relations, in a statement, insists procurement processes and approvals are in line with the Public Procurement Act, 2007.…

APO Press Releases
Uganda ready to implement new secondary curriculum
3 hours ago
The Prime Minister and Leader of Government Business in Parliament, Robinah Nabbanja, has informed legislators that Uganda's education sector is on course in rolling out the new lower secondary school curriculum when schools reopen in January 2022. "Government has recruited and deployed 1,598 staff in the newly completed seed secondary schools under the Uganda Inter-governmental…
APO Press Releases
Sweden and UN Agencies launch multi-year project to strengthen food and nutrition security in Mali
3 hours ago
Download logoThe Government of Sweden, the Food and Agriculture Organization of the United Nations (FAO), the United Nations Children’s Fund (UNICEF), and the World Food Programme (WFP) have signed a four-year programme to strengthen the resilience of vulnerable communities affected by food insecurity, malnutrition, and the effects of climate change in the Malian regions of…
APO Press Releases
Tigray conflict: UN experts call for urgent action to stop violence against women
3 hours ago
Download logoUN human rights experts* today expressed grave concern about the widespread sexual and gender-based violence committed against women and girls in the Tigray, Amhara and Afar regions of Ethiopia by parties to the conflict. They reiterated the recommendations by the Ethiopian Human Rights Commission-Office of the High Commissioner for Human Rights Joint Investigation report, for…
APO Press Releases
IMF Staff Reaches Staff-Level Agreement on an Extended Credit Facility Arrangement with Zambia
3 hours ago
Download logoThe IMF team reached a staff-level agreement with the Zambian authorities on a new arrangement under the Extended Credit Facility (ECF) for 2022-2025 to help restore macroeconomic stability and provide the foundation for an inclusive economic recovery. An International Monetary Fund (IMF) team led by Allison Holland, Mission Chief for Zambia, conducted a virtual…