By APO Group
Share on Facebook Share on Twitter Share on WhatsApp Share on Telegram
We look ahead to day three of the Olympic Repechage tournament in Monaco, on which three teams will book their ticket for next month’s Olympic Games. Two women’s teams and one men’s side will book their tickets for Tokyo 2020 as the Olympic Repechage tournament draws to a conclusion in Monaco on Sunday. Four men’s… 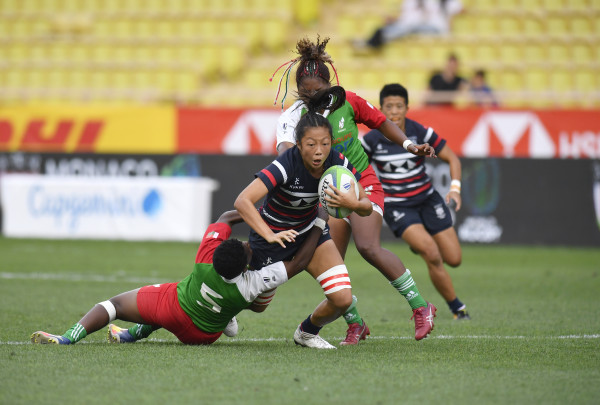 We look ahead to day three of the Olympic Repechage tournament in Monaco, on which three teams will book their ticket for next month’s Olympic Games.

Two women’s teams and one men’s side will book their tickets for Tokyo 2020 as the Olympic Repechage tournament draws to a conclusion in Monaco on Sunday.

Four men’s teams remain in contention for a place at next month’s Olympic Games, while all 11 competing nations could yet reach the women’s qualifier semi-finals following an enthralling day two (https://bit.ly/3qal0ps) at Stade Louis II.

Day three will get underway at 10:41 local time (+2 GMT), when Mexico take on Samoa in the women’s repechage tournament.

Both sides have yet to win a match, but as the two third-place teams who finish the pool stage with the best records will advance to the qualifier semi-finals, victory for either would be enough to see them through.

Their Pool A rivals Russia and Argentina, who are both unbeaten, meet next on Sunday morning and the winner will top the group and ensure they avoid playing a pool winner.

Due to Jamaica’s withdrawal only one match remains to be played in Pool B of the women’s repechage, with Papua New Guinea taking on Kazakhstan at 11:47 local time.

Kazakhstan would top the pool with victory, while a PNG win would leave all three teams level on four points at the end of the pool stage.

Colombia and Madagascar are scheduled to take the Stade Louis II pitch after that match, and like Mexico and Samoa, both need the points to be in with a chance of making the qualifier semi-finals.

The final match of the women’s repechage pool stage kicks off at 12:31 local time and features another two unbeaten teams, as France and Hong Kong compete to top Pool C.

Victory in that match would give the winner a more favourable qualifier semi-final, which will take place from 14:55 local time.

The winners of those ties will advance to the qualifier finals — the first of which kicks off just over three hours later, at 18:07 local time (GMT +2) — with the two victorious teams confirming their place at next month’s Olympic Games.

Day three of the men’s repechage gets underway at 13:08 local time (GMT +2) on Sunday, with the first of three outstanding pool matches.

Pool A rivals Tonga and Zimbabwe, neither of whom can reach the qualifier semi-finals, meet in the first men’s match of the day looking to secure a second repechage victory.

The following match should have fans on the edge of their seats, as HSBC World Rugby Sevens Series (www.World.rugby/sevens-series) core teams Samoa and Ireland compete to top Pool A.

Samoa currently lead the standings on points difference, but have lost their last two meetings with Ireland — including at the previous Olympic Repechage tournament five years ago.

Whatever the result of their match this time around, the two teams will find out the identity of their qualifier semi-final opponents when France take on Hong Kong at 13:58 local time.

France have never lost to Hong Kong at this level, winning six of the teams’ seven meetings — the other ended in a 21-21 draw at the HSBC Hong Kong Sevens in 2018.

The first men’s qualifier semi-final will kick off at 16:23 local time, with the winners progressing to the qualifier final, which is scheduled to start at 19:07 local time (GMT +2).

The victor of that match, the last tie of the Olympic Repechage tournament, will book the final ticket to Tokyo 2020.

Distributed by APO Group on behalf of World Rugby.

Nigeria
Yobe Deputy Governor loses 100-year-old brother
40 mins ago
Barde, who died on Sunday in Gubana village after a protracted illness, was the elder brother of Yobe Deputy Governor, Alhaji Idi Gubana.
Nigeria
We’re against violent agitation in Nigeria – Ohanaeze
1 hour ago
Ohanaeze Ndigbo, an apex Igbo social-cultural organisation, says the body is against violent agitation in any form because the group believes in the continued corporate existence of the country.
World
Macron's top adviser charged with conflict of interest
2 hours ago
The top official in French President Emmanuel Macron's office has been charged with a conflict of interest while in office, the chief financial crimes prosecutor said Monday.
Sport
As he plots Liverpool revival, Klopp says even Ronaldo has confidence dips
2 hours ago
Liverpool manager Jurgen Klopp says even Cristiano Ronaldo and Lionel Messi are not immune from confidence issues as he seeks to find a solution to his side's frustrating inconsistency
Nigeria
NSCDC arrests 2 over adulterated petroleum product in Anambra
2 hours ago
The Nigeria Security and Civil Defense Corps (NSCDC) has arrested two suspects conveying 50, 000 litres of suspected adulterated Automotive Gas Oil (AGO) in Anambra.

APO Press Releases
A Major Milestone for Africa: The Société Royale d’ Encouragement du Cheval (SOREC) breaks new ground in the horse racing betting industry with the launch of GAMMA SYSTEMS by SOREC, a technological feat “made in Morocco” that aims to boost the equine FIELD
26 mins ago
SOREC (www.SOREC.ma) launches the first “Made in Morocco” central gaming solution in partnership exclusively with Moroccan companies and exploitable by all types of gaming operators. SOREC joins the very limited network of about ten horse racing software DEVELOPERS and is now one of the few operators worldwide to possess their own DIGITAL solution. GAMMA SYSTEMS by…

APO Press Releases
Witnesses to the wonders the Lord is working
26 mins ago
About 50 participants from all over the world met in Frascati at the John XXIII Centre to listen, dialogue and discern from the Synodal Syntheses produced from the consultation of the People of God. Adopting the method of spiritual conversation, during the twelve days of work, the "experts" wrote the Document for the Continental Stage.…

APO Press Releases
Saudi Arabia to discuss Investment in Africa with large Energy Delegation including Ministry, Saudi Basic Industries Corporation (SABIC), ARAMCO to Africa Energy Week in Cape Town
26 mins ago
With Africa seeking to maximize the exploitation of its entire resource base including oil, gas, coal and renewable energy for a secure and sustainable energy mix that will support the continent’s efforts to accelerate electrification and drive socioeconomic development, cooperation regarding knowledge sharing, skills development, project deployment and financing with global parties is vital. As…