By APO Group
On Friday, 24 September 2021, US Ambassador to the United Nations, Mrs Linda Thomas-Greenfield paid a courtesy call to President Hage G. Geingob on the margins of the 76th session of the United Nations General Assembly. President Geingob accentuated the need for vaccine equity in order to ensure that everyone was safe instead of the current… On Friday, 24 September 2021, US Ambassador to the United Nations, Mrs Linda Thomas-Greenfield paid a courtesy call to President Hage G. Geingob on the margins of the 76th session of the United Nations General Assembly. President Geingob accentuated the need for vaccine equity in order to ensure that everyone was safe instead of the current situation where industrialized nations were talking about booster shots. Ambassador Thomas-Greenfield announced that the United States had donated 100 000 doses of the COVID-19 vaccine, with the consignment having arrived in Windhoek, Namibia. President Geingob thanked the United States for the vaccines.

President Geingob emphasized the importance of the principle of sovereign equality and Namibia's pursuit of an independent foreign policy. Outlining a shared commitment to multilateralism, the two leaders highlighted the centrality of the rule of law, processes, systems and institutions in Governance.

President Geingob informed that Africa had gone through different waves of leadership, each characterized by my diverse sets of challenges. However, Africa today was markedly different, with a third wave of leadership placing greater accent on democratic governance. “It is African leaders who through the African Union and Regional Organizations condemn a coup d'état and unconstitutional changes of Government in member states”, President Geingob said.

Addressing, the climate change crisis, the two leaders agreed that more needed to be done to deal with the climate emergency through stronger partnerships between the public and private sectors. The meeting highlighted the US Mega-Solar initiative in Southern Africa as one that held the tremendous potential for Namibia and the United States. The leaders also agreed on the need to deal with discrimination, including reform and improvement of the United Nations.

Distributed by APO Group on behalf of The Presidency of the Republic of Namibia. 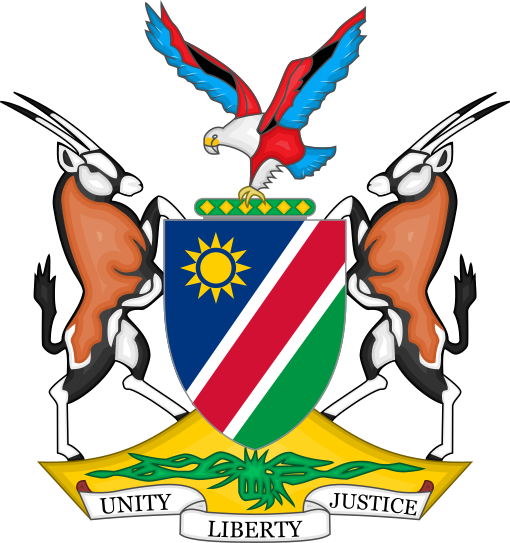 World
Obama hits the stump in US battleground Virginia
1 hour ago
Former US president Barack Obama was due to campaign Saturday in a neck-and-neck state election touted as a bellwether of public opinion on Joe Biden's first year in the White House.
Sport
Lewandowski scores to keep Bayern top
1 hour ago
Robert Lewandowski stated his case to win the Ballon d'Or by scoring his 10th Bundesliga goal in nine games this season for leaders Bayern Munich
Nigeria
NAF pounds insurgents around Lake Chad
1 hour ago
The Nigerian Air Force (NAF) says its aircraft in Operation ‘Hadin Kai’ (OPHK) have continued to pound insurgent targets on islands
World
Turkey's Erdogan orders expulsion of 10 ambassadors
2 hours ago
Turkish President Recep Tayyip Erdogan on Saturday told his foreign minister to expel the ambassadors of 10 countries including Germany
Nigeria
Military, police, hunters march through Maiduguri in show of solidarity
2 hours ago
The military on Saturday conducted a combined route march in Maiduguri for security agencies to keep fit and synergise for effectiveness.