By APO Group
Uganda may not be producing oil on a commercial basis yet, but it’s all too familiar with the pressure that producers are feeling from climate advocates. It’s also wary of the possibility that climate concerns may prevent its nascent oil industry from ever getting off the ground. Uganda oil and gas industry will be hot… 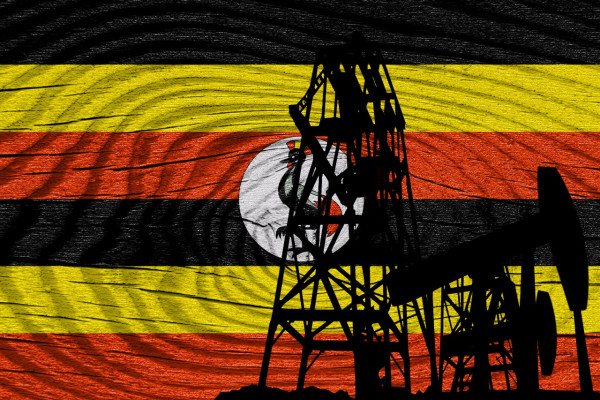 Uganda may not be producing oil on a commercial basis yet, but it’s all too familiar with the pressure that producers are feeling from climate advocates. It’s also wary of the possibility that climate concerns may prevent its nascent oil industry from ever getting off the ground. Uganda oil and gas industry will be hot topic at the African Energy Week in Cape Town organized by the African Energy Chamber (www.EnergyChamber.org) in partnership with South Africa’s Department of Mineral Resources and Energy.

President Yoweri Kaguta Museveni, President of Uganda has acknowledged the African Energy Chamber’s calls that Uganda ought to be free to make its own decision and set its own course toward the energy transition.

When oil was first discovered in Uganda’s Albertine Graben in 2006, it seemed like the opportunity of a lifetime. It represented a chance to build a new engine of economic growth for the country’s economy, to create thousands of new jobs, and to lay a foundation for the emergence of a local service sector capable of supporting international oil companies (IOCs).

We weren’t able to bring our fields on line as quickly as we first hoped. But finally, in the spring of 2020, a deal was struck with the French oil major Total and China’s state-owned CNOOC on the development of the Kingfisher and Tilenga sites. A year later, in the spring of 2021, another deal was struck with Total, CNOOC, and the government of Tanzania on the construction of the East African Crude Oil Pipeline (EACOP), which will give us a way to send this oil to market.

So at last, after 15 long years, it looks like Uganda might finally be on the way to entering the ranks of the world’s oil producers.

But our country’s path won’t be easy. Uganda has come under pressure to abandon its new oil industry before it even becomes a going concern. Earlier this year, more than 250 non-governmental organizations (NGOs) began urging major commercial banks not to fund EACOP on the grounds that it will have a negative impact on the world’s climate.

NJ Ayuk the Executive Chairman of the African Energy Chamber criticized the western NGO’s and Greenpeace for their efforts to block the EACOP. “Greenpeace is wrong to argue that EACOP is not worth pursuing because it will overshadow renewable energy, because it will ignore the interests of the countries involved, or because it represents some type of neo-colonialism. Instead, it’s overstepping – and in the process of doing so, it’s wasting time that could be spent looking for ways to balance environmental protection with other crucial considerations, such as job markets, entrepreneurship, energy poverty, and budget revenues”. He stated at the time.

This campaign isn’t just a public relations stunt. It has already had an impact. Several banks have now decided not to join the group of lenders that will finance EACOP, and as a result, Total now expects the cost of the project to reach USD5 billion, higher than the earlier estimate of USD3.55 billion. Some of this increase will be the result of higher financing costs, so presumably, if more banks withdraw, the cost estimate will go up yet again, making the pipeline even harder to build.

Without the pipeline, Uganda’s oilfields will become even harder to develop. Companies currently ding exploration work like Oranto Petroleum will not be able to drill and export crude and licensing rounds will become difficult to succeed. Without the oilfields, Uganda won’t be able to build a refinery capable of satisfying domestic fuel demand. And without the refinery, Uganda will remain dependent on imported petroleum products, which are both expensive and emissions-intensive, since they have to be delivered by ship to ports in Kenya and Tanzania and then transported overland by truck and pipeline.

We do understand what the NGOs and other international climate advocacy groups are saying about the negative effects of fossil fuels, and I share their determination to build a cleaner, more sustainable future. We, too, are concerned about the possibility that EACOP poses certain risks to irreplaceable national treasures such as the Murchison Falls national park.

But we also want my country to have a chance to make its own decisions about how to handle these challenges. We want Uganda to make its own choices, not submit to the voices of outside critics.

Furthermore, we want Uganda to have the chance to reap the economic benefits of developing a valuable resource. And we are not just talking about earning money from the sale of crude oil. We think Ugandan businesses should be able to build up their own capacities so that they can make meaningful contributions to large-scale infrastructure projects. We want Uganda’s workers to explore new opportunities — and not just in the form of new jobs, but also training programs and technology transfers.

And yes, of course renewable energy can do these things, too. Solar farms can create jobs too, just as wind parks can facilitate technology transfers.

What’s more, Uganda deserves some recognition for our own efforts to ensure that Total Energies and its partner CNOOC work to mitigate the risks of oil development and pipeline construction. Hon Ruth Nankabirwa, working together with Ernest Rubondo, the Executive Director of the Petroleum Authority of Uganda and Proscovia Nabbanja, the CEO of the Ugandan National Oil Company, didn’t need to wait for outside experts to tell Ugandans that they had to protect the environment and minimize emissions. They know that, and they are working toward those goals. Trust Uganda to keep doing that — and give them the space to find ways to develop their own resources working together with responsible investors and financiers.

Sport
Barca edge past Dynamo to revive Champions League hopes at half-empty Camp Nou
27 mins ago
Gerard Pique sparked Barcelona's flailing Champions League campaign into life on Wednesday by scoring the only goal in a 1-0 win over Dynamo Kiev, a victory that was witnessed by a half-empty Camp Nou.
World
Taliban vows to work with Russia, regional players over IS threats
1 hour ago
The Taliban agreed Wednesday to work with Russia, China and Iran on regional security after the Kremlin warned of emerging Islamic State and drug-trafficking threats in the wake of the hardline group's takeover in Afghanistan.
Nigeria
Gunmen abduct 13 passengers in Niger
1 hour ago
The Police Command in Niger on Wednesday confirmed the abduction of thirteen passengers by gunmen at Konar Barau village of Rafi Local Government Area of the state.
AMA Press Releases
African Parliamentarians unpack Africa’s Sanitation problem
2 hours ago
By Laetitia Badolo OUAGADOUGOU, Burkina Faso, 19 October 2021 -/African Media Agency(AMA)/-  Access to water and sanitation remains a luxury for most people in Africa. African parliamentarians are ensuring that this luxury effectively became what it really is, a basic human right. The biggest hindrance to improving water, sanitation and hygiene (WASH) in Africa is the absence of…
Nigeria
Lagos communities to experience 6 hours outage – EKEDC
2 hours ago
The management of Eko Electricity Distribution Company (EKEDC) on Wednesday announced a six-hour planned outage in some communities in Badagry, Lagos State.

APO Press Releases
Traditional, religious and civil society leaders of Africa vow to take bold action to end violence against women and girls in the African continent
2 hours ago
Download logoTraditional, religious and civil society leaders of Africa gathered today in Addis Ababa to confirm their commitment in joining hands with the African Union Commission, the United Nations and the Spotlight Initiative and taking bold action to end child marriage, female genital mutilation (FGM) and other harmful practices. On behalf of the African Union…