Wenger and Ellis: We want to ensure the men’s and women’s games coexist 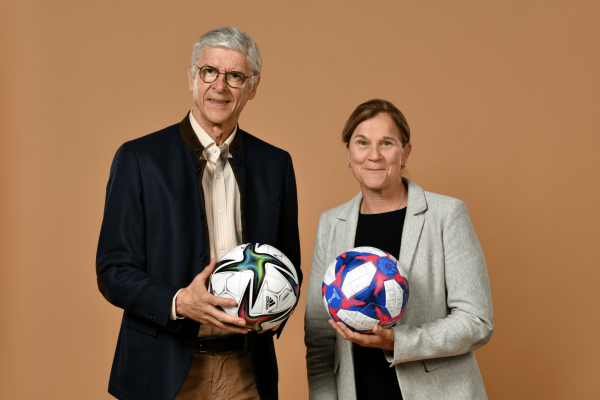 The IMC sets the dates of national team matches and the days in which the players must be released by their clubs to join international squads. It therefore has a central role in the sustainable growth of football in all regions of the world and at all levels.

FIFA is hearing from – and will continue to listen over the coming months – to views and opinions from all key stakeholders, including fans, about how to make the calendar better for each IMC. Men’s, women’s and youth competitions.

Ahead of a first online summit with FIFA’s member associations, which is being chaired by FIFA President Gianni Infantino – one of several opportunities to establish a constructive and open debate, at a global and regional level, over the coming months – both Arsène Wenger and Jill Ellis provided insight to their common approach at the Home of FIFA in Zurich, Switzerland. “It’s critical that we make sure the men’s and women’s games coexist,” said Ellis. “After the [FIFA Women’s] World Cup 2019, we saw there were over 1 billion [television] viewers; that there is an appetite out there. I think it’s important for us to make sure that we grow our footprint, to be bigger. So to coexist together with the men’s game makes total sense.”

Some of the early debate about the consultation process has suggested that any changes to the men’s game, could be to the detriment of the women’s game. A suggestion the Frenchman is keen to refute.

“[At] the start of my career, [there] was purely the men’s football calendar. Now, of course, the evolution of women’s football has brought a necessity to communicate well and to make sure we share the calendar throughout the season.

“That starts with creating space for everybody. That is absolutely vital. We have to sit down together and ask: ‘When do you play?’ and ‘When do we play?’ and see if we can find a way to make that work,” he added.

The progressive competitive imbalance, absence of a mandatory rest period for players, the excessive number of travels and matches endangering player health and well-being and the constant interruption of domestic leagues disrupting club competitions are some of the core topics under the microscope as part of the IMC consultation process.

In recent years, the growth of women’s domestic leagues and the increased volume of international player transfers has exacerbated the same issues, now facing the women’s international game.

“Obviously I’ve been in the global game, but I want to understand everybody’s viewpoint at our table,” said Ellis. “To Arsène’s point, it is about communication and it’s about listening. To bring in former players, current players, club coaches, national team coaches. You want to understand the lens that they look through.

“I think it was very important to start this process to understand [questions like] what are the challenges to the Europeans, to the South Americans, to the club coaches, to the national team coaches? We want a model that is player-centric. Ultimately, that’s our game, the player. And so making sure that their lens and their voice is represented in this process has been very important.”

FIFA committed itself to reviewing the frequency of men’s, women’s and youth national team competitions after 166 FIFA member associations at the 71st FIFA Congress in May 2021 voted for a feasibility study to be carried out to explore the possible impact of holding the FIFA World Cup and FIFA Women’s World Cup every two years.

The long-term goal for FIFA, oft-stated by FIFA President Gianni Infantino, is to have 50 national teams and 50 clubs competing at the highest level of both the men’s and women’s game, in line with his FIFA Vision (2020-2023).

“You want both parties (the men’s and women’s game) to be happy and to develop. Therefore, I would say that it’s important to have a quality organisation on both sides that satisfies everybody,” continued Wenger.

“I agree,” added Ellis in conclusion. “I think our fan bases cross over. You see women at men’s matches, and you see young boys and men at women’s matches. I agree with Arsène: we want to grow both platforms.

“Ultimately, you want this to truly be a global game. Right now, we’re still in our processes, we’ve got a lot of developing countries and nations on the women’s side. So to see that accelerate is part of our ambitions, so that we (FIFA) have access to everybody.”

Nigeria
Amid rift, Muhammad bows out, Ariwoola becomes CJN
3 hours ago
For the first time in the country’s history, the Chief Justice of Nigeria (CJN), yesterday, voluntarily resigned from office, citing health grounds...

Nigeria
You don’t have such powers, Irabor faults Matawalle on arms bearing
3 hours ago
Again, the thorny issue of federalism was put to test after Sunday’s call by the governor of Zamfara State, Bello Matawalle, urging residents to bear arms to defend themselves against marauding bandits and terrorists...

Nigeria
Tinubu jets off to France as APC refutes alleged N6.5tr budget for flag bearer
3 hours ago
Presidential candidate and National Leader of the All Progressives Congress (APC), Asiwaju Bola Ahmed Tinubu, travelled out of the country early yesterday after meeting with President Muhammadu Buhari