By Editor
Share on Facebook Share on Twitter Share on WhatsApp Share on Telegram
One will wonder how a building construction graduate made the switch to becoming a leading voice in the NFTs space, this is a tale worth sharing. Owo Anietie is largely considered the African leading Afrofuturist artist, redefining storytelling using NFTs. Owo in the last couple of years has been telling key African stories through an…

One will wonder how a building construction graduate made the switch to becoming a leading voice in the NFTs space, this is a tale worth sharing. Owo Anietie is largely considered the African leading Afrofuturist artist, redefining storytelling using NFTs.

Owo in the last couple of years has been telling key African stories through an Afrofuturist lens. Afrofuturism has been considered a cultural philosophy of science and history artistically exploring the emerging intersection of African Diaspora culture with technology.

The start of Owo Anietie’s illustrious journey can be traced to 2009 when he decided to become a professional artist. Like most Nigerians, he spent 5years studying Building Construction Technology at the University of Uyo, Uyo. During this time, the gift of artistry was being refined. He believed there could be more to this craft.

Ten years later he took his shot and relocated to Lagos, considered African Silicon Valley, in pursuit of his dreams. He redefined his craft by exploring the art world through painting, sculpting, computer graphics, animations and motion design. Owo also earned a diploma in advertising as an art director. This could be considered the moment things took a shift for the better.

Although he began as a traditional artist, Owo has successfully transitioned to motion design, animation, digital illustration and NFTs with a focus on the desired future. He uses his artworks to mirror nature, and depict African stories and his origin. He worked at a couple of agencies before quitting to focus on NFT full-time in 2021. On September 1st, he dropped AfroDroids which is the biggest PFP out of Africa.

AfroDroids combine elements from African culture and blends them with technology. Contained are beads inspired by Nigerian tribes, earrings paying tribute to Kenyan fashion, and the Chieftaincy Caps, a symbol of power known across the continent. All these elements come together to create a unique new take on the PFP generative project. In addition to creating the AfroDroids, Owo prides himself on releasing a new piece of art every single day, many of which increase the lore of the AfroDroids. 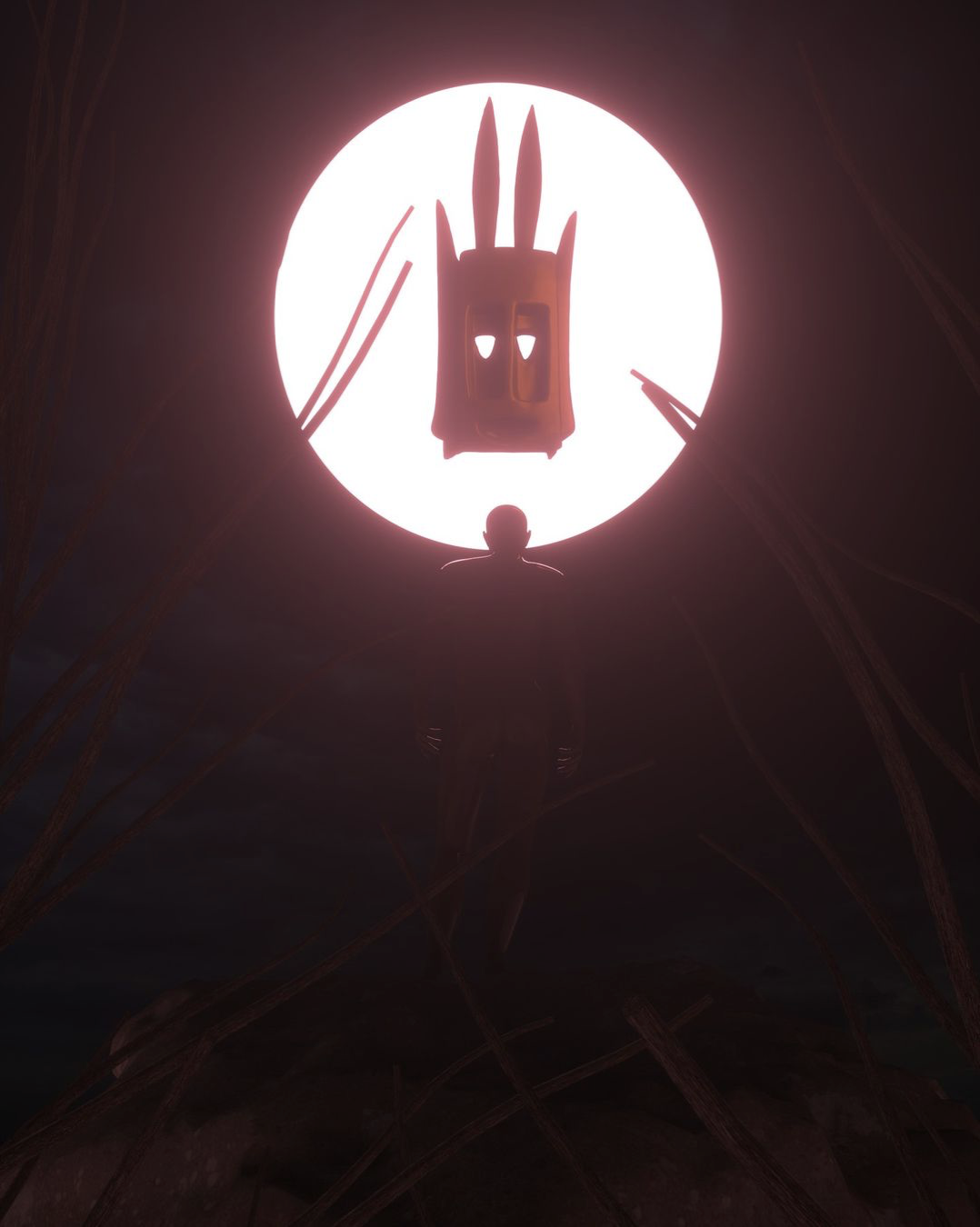 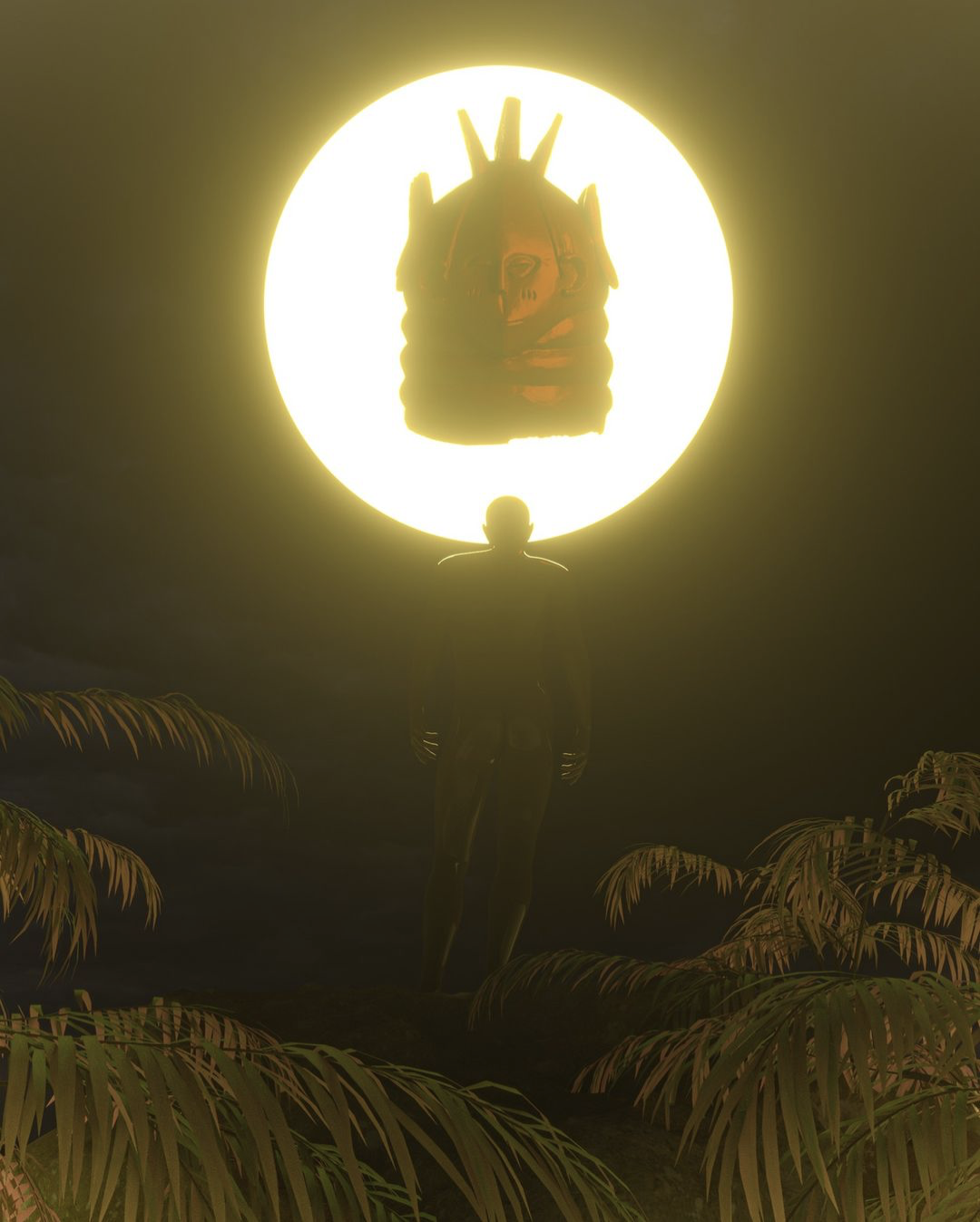 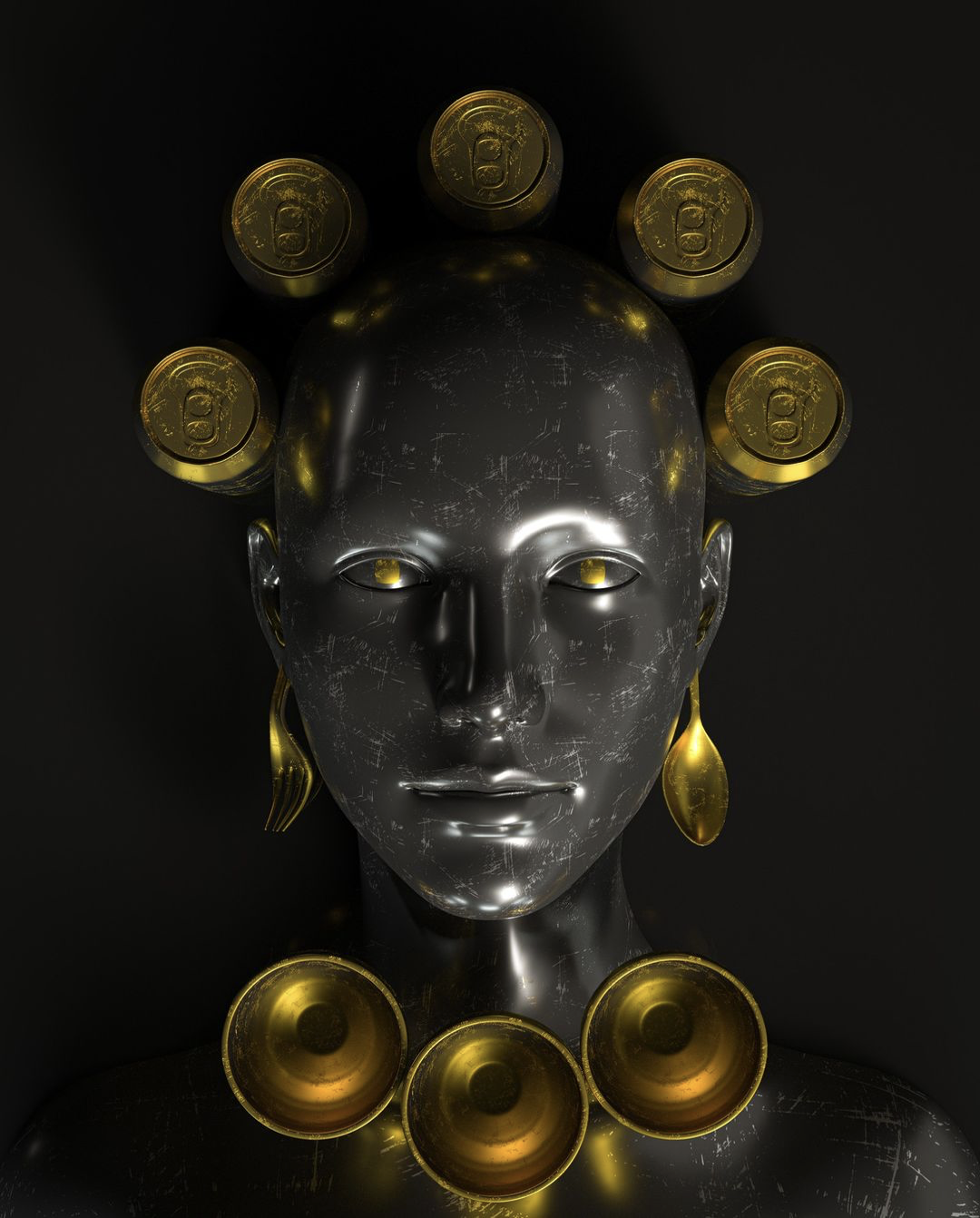 However, Owo isn’t just an artist, he is a storyteller. Listening to Owo talk about the history of the AfroDroids through language, culture, and even lost civilizations, is informative and inspiring. Owo Anietie is on a mission of fulfilling his promise of releasing a new piece of art daily for the next 50 years. Shortly after this public declaration, he has gone on to outdo himself by producing over 13,000 pieces of art by the end of the year. This also included selling over 12,000 pieces of art within an hour of launch. His pieces of art were on display across three continents within a matter of months.

AfroDroids By Owo is well-positioned to ensure smooth and easy access for creators and buyers alike. They are one of the few African creators redefining the art scene using NFTs. It has been featured on mainstream media for the immense feat we are achieving in space. AfroDroids By Owo began as a Profile Picture Project. It’s a 12k project built on the Ethereum blockchain. NFT presented an opportunity for us to watermark our work without having to put a signature on it which inspired our push for AfroDroids.

Over the past years, Anietie has been featured on mainstream media, from appearances in Vogue Magazine, Vanguard Newspaper, NFT Catcher, Culture Custodian and a ton of others as well as participated in major exhibitions across the globe with the AfroDroids widely acclaimed as his most impressive feat. Every NFT release has a fantastic futuristic roadmap masterfully delivered through the AfroDroids. In the world imaginatively invented in Aniete’s novel art, all the strange creatures, the AfroDroids, roam the planet manifesting the consciousness of their creators in a movie-like fashion. 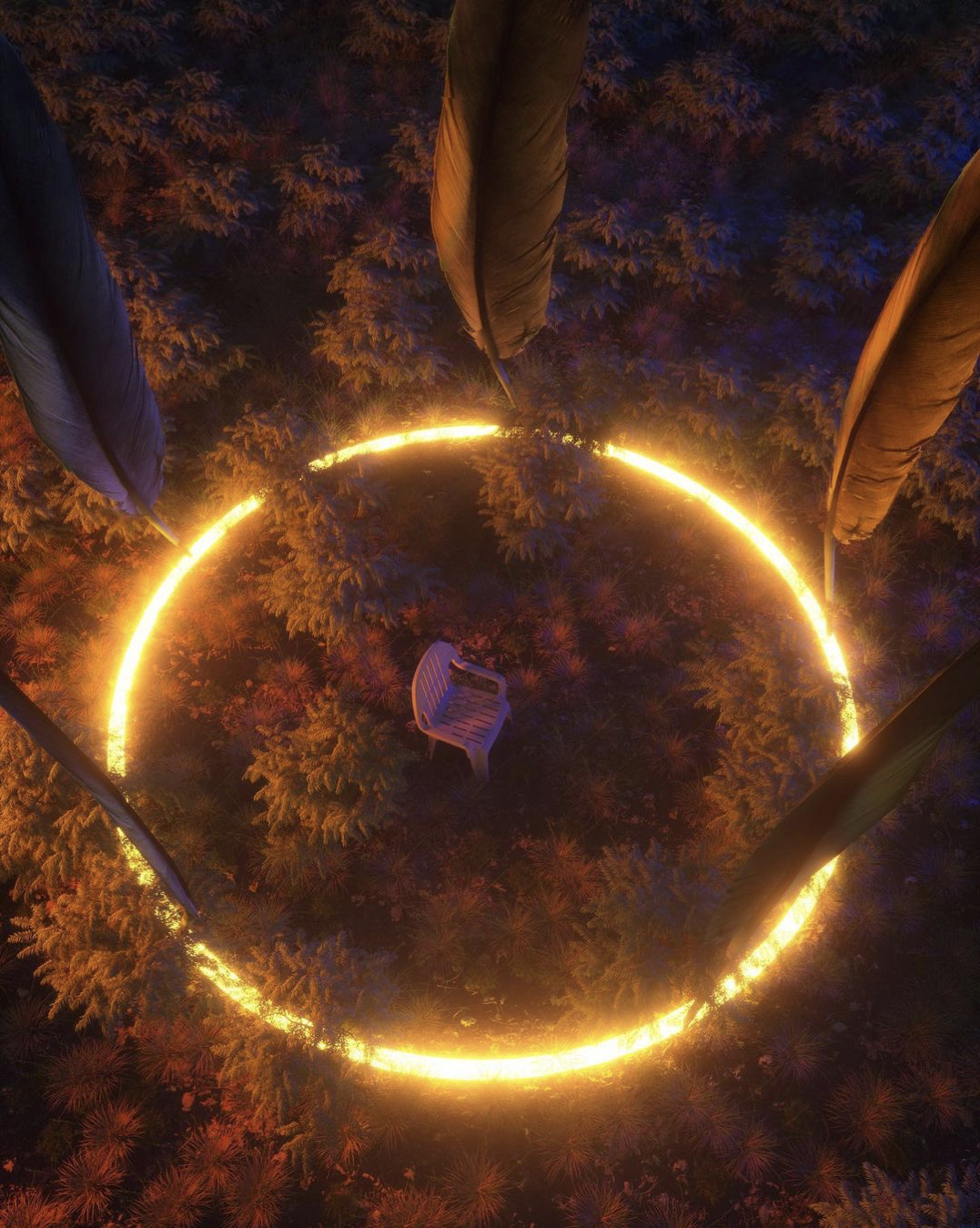 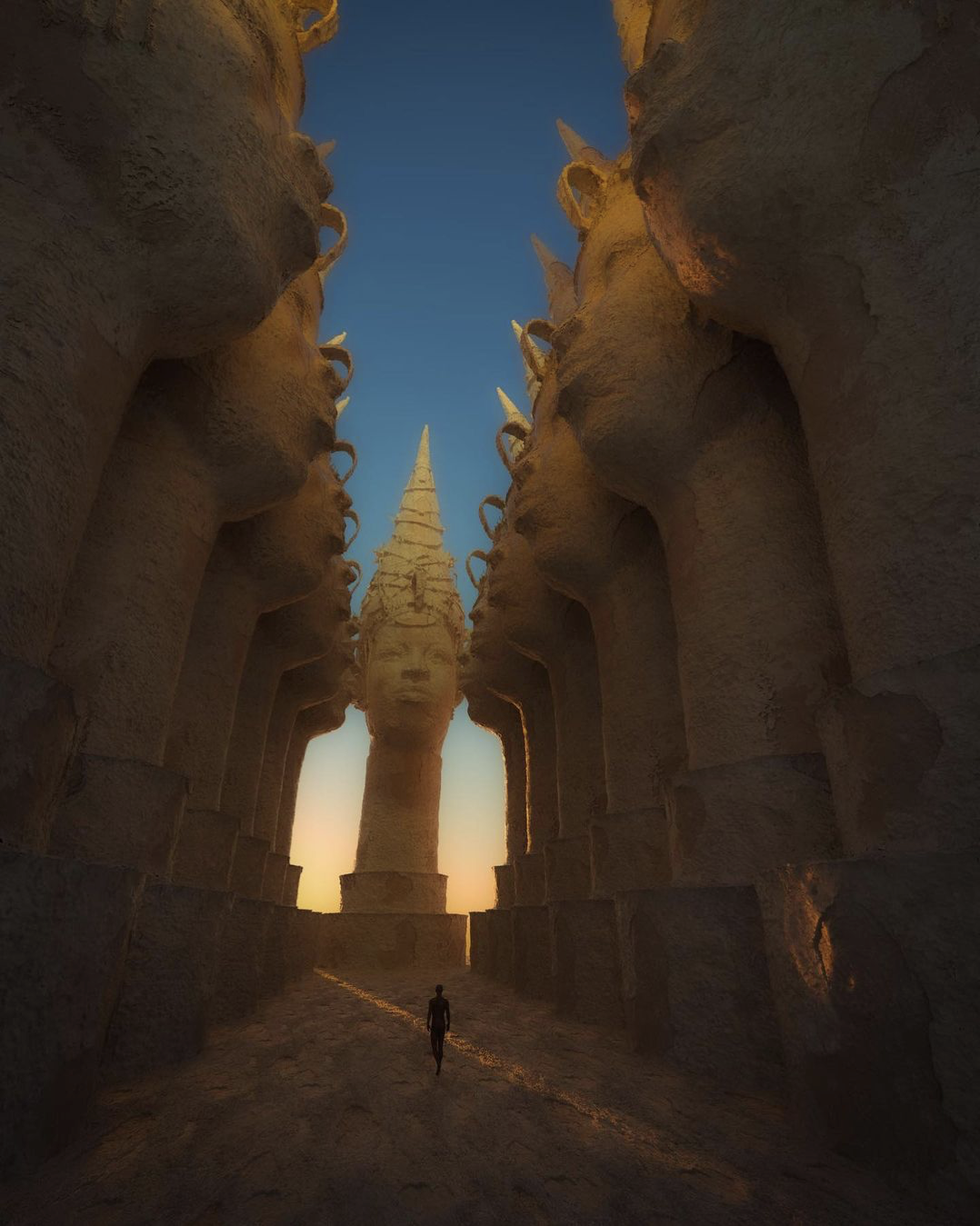 Aside from changing the narrative of artists using NFTs, his team partnered on a school project. About $500,000 was given to a charity here in Nigeria called Dream Catchers Academy. They take little girls from abusive homes in underrepresented communities. They use dance and entertainment as a way to motivate them back to school.

Before the Afrodriods got to the Dream Catchers Academy, they were building a school and shelter at the foundation stage. But now, they have a school bus, computer accessories and the first-ever free art and formal school. Through Dream Catchers, Afrodriods is changing the game, bringing hope to young girls, making dreams come true, and building world leaders.

Indeed, Owo Anietie is far from done. In fact, this is merely the beginning.

Politics
Uba Sani picks El-Rufai's deputy, Balarabe as running mate
37 mins ago
The governorship candidate of the All Progressives Congress (APC) in Kaduna, Senator Uba Sani has picked governor Nasir El-Rufai's deputy, Dr. Hadiza Balarabe as his running mate for the upcoming 2023 gubernatorial elections in the state. Sani, who made the announcement on Monday night after consultations with critical stakeholders of Kaduna State, said "I am…
Nigeria
Femi Otedola prays for Tinubu's election as Nigeria president
1 hour ago
Businessman and philanthropist Femi Otedola on Tuesday said he prays that Bola Tinubu will get his heart desire to be Nigeria president in the 2023 election. Tinubu, the candidate of the ruling All Progressives Congress (APC) alongside former vice president Atiku Abubakar of the People's Democratic Party (PDP) and Labour Party's Peter Obi are among…
Nigeria
Army restates resolve to checkmate proliferation of small arms, light weapons
2 hours ago
The Nigerian Army has restated its resolve to checkmate the proliferation of small arms and light weapons across the country.
Nigeria
Despite assurances, petrol queues worsen in Lagos, Abuja
5 hours ago
Despite assurances of supply and continuous provision of service, scarcity of Premium Motor Spirit (PMS) has failed to abate in major cities in the country, especially in Lagos State...
Nigeria
Ohanaeze knocks Kwankwaso as Galadima dismisses NNPP merger talks with LP
5 hours ago
There are conflicting signals over moves to see merger talks between the Labour Party (LP) and New Nigerian Peoples Party (NNPP) blossom into a formidable third force ahead of the 2023 presidential elections.

Guardian Arts
‘Not killing but batting a hundred’
30 Dec 2015
Below is an extract from Conversations with J.P. Clark, moderated by Chuma Nwokolo on October 29, 2015 at the JP Clark Centre, Faculty of Arts, University of Lagos, as part of the 2015 edition of the Lagos International Poetry Festival, dedicated to the poet. Regrettably, the correspondent for The Guardian Arts on Sunday, November 1,…

Features
Hidden Treasures In Lagos; As Told By Open House Lagos
16 May 2016
Highly underestimated is the architectural structure Lagos boasts of. Good thing we witnessed and partook in the first Open House event in Africa hosted by British Council in conjunction with Open House Worldwide and Sterling Bank. The treasures in form of buildings came in form of 30 unique buildings which kindly opened their doors to…