By Editor
Share on Facebook Share on Twitter Share on WhatsApp Share on Telegram
A diamond is a precious gemstone symbolic of love and power, indomitability, and invincibility. To hug diamonds is to go for something unique, whose value is enduring, no matter the passage of time. The three main characters in Hugging Diamonds, a debut novel by Amarachi Florence Ndisi, aren’t your typical female archetypes satisfied with playing second…
1 of 10 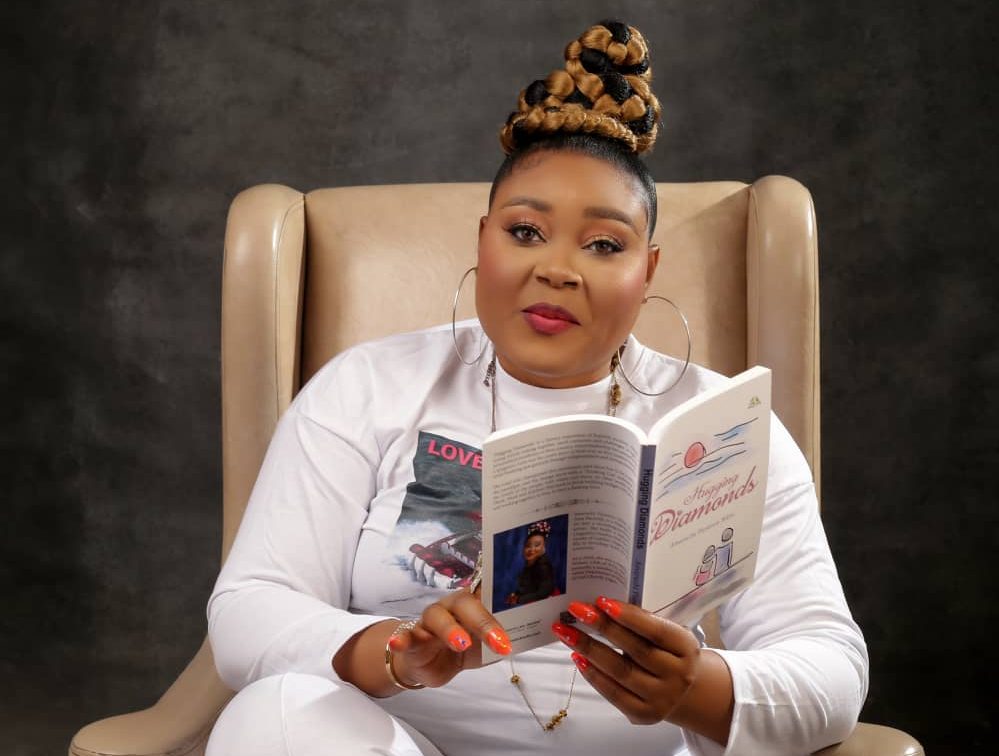 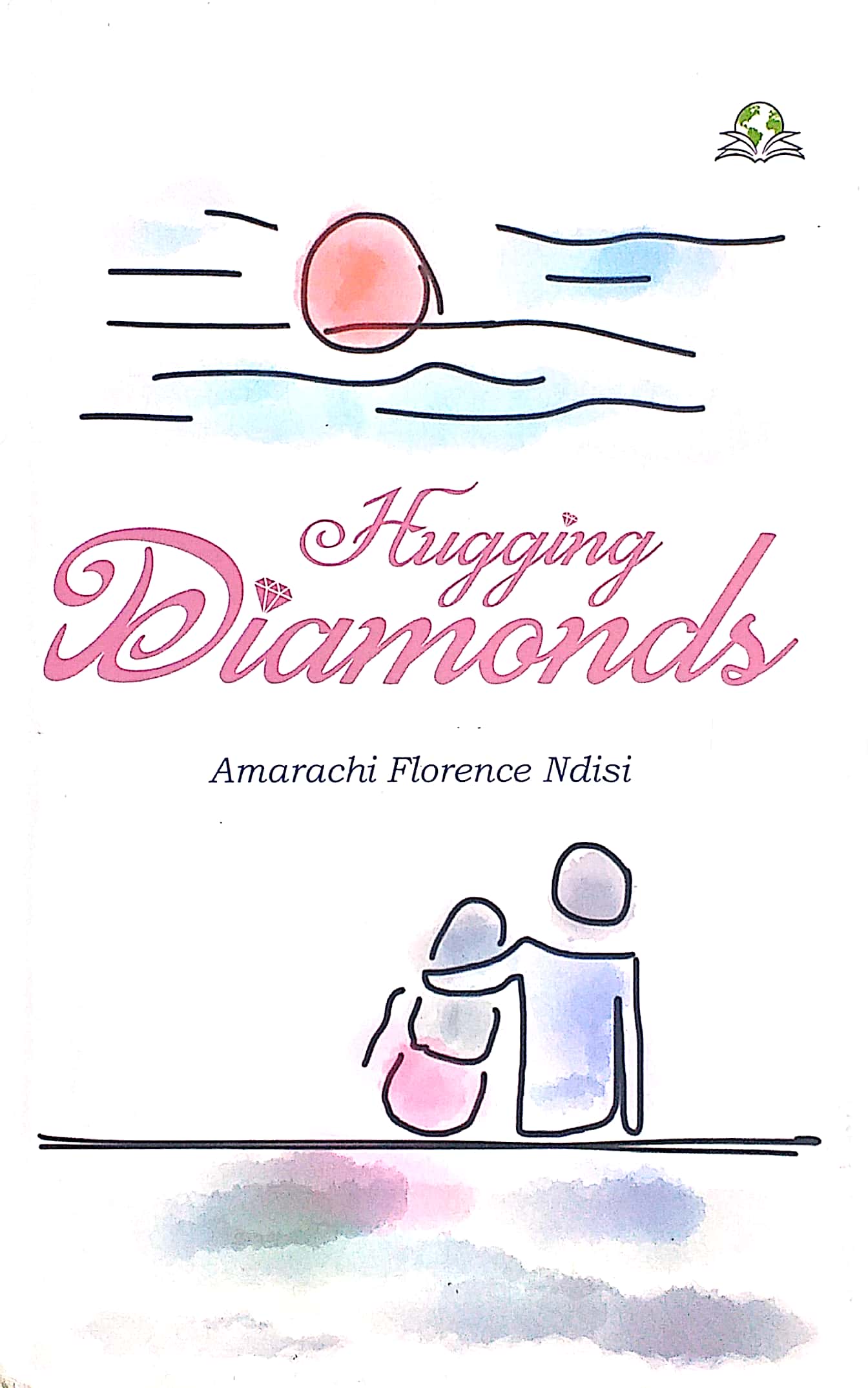 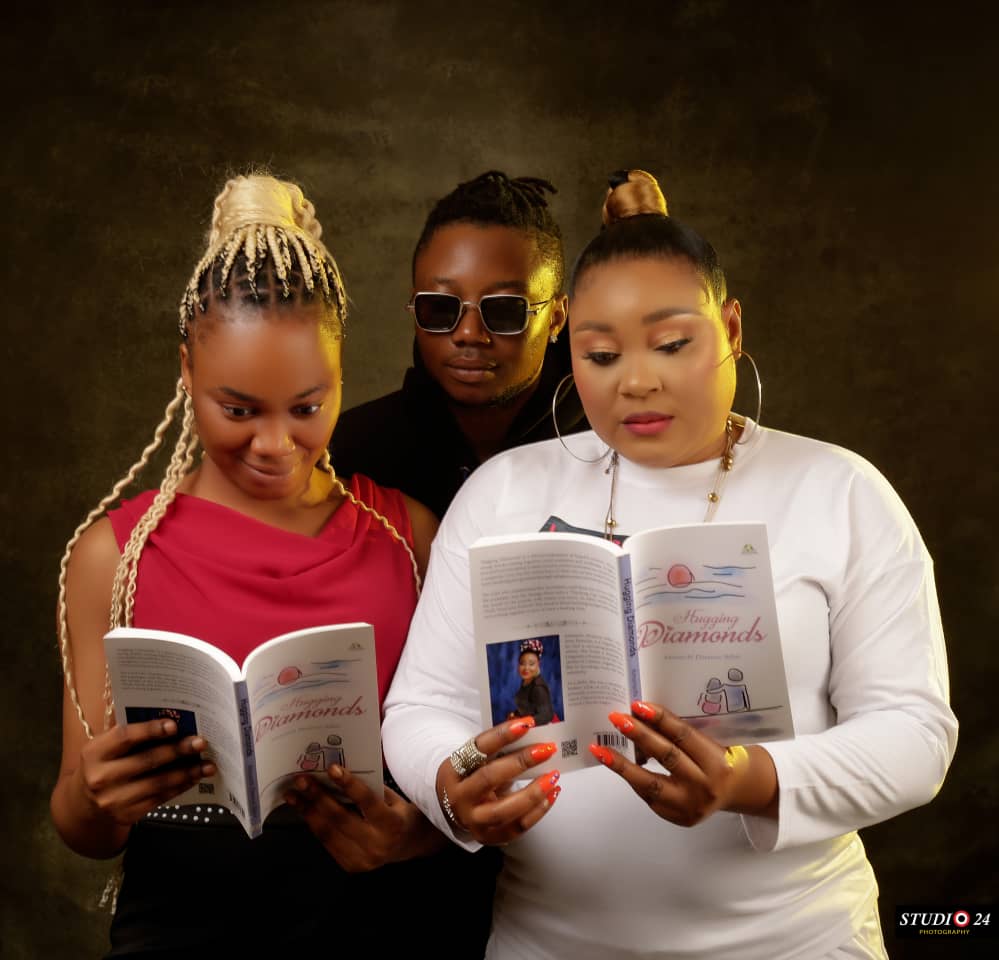 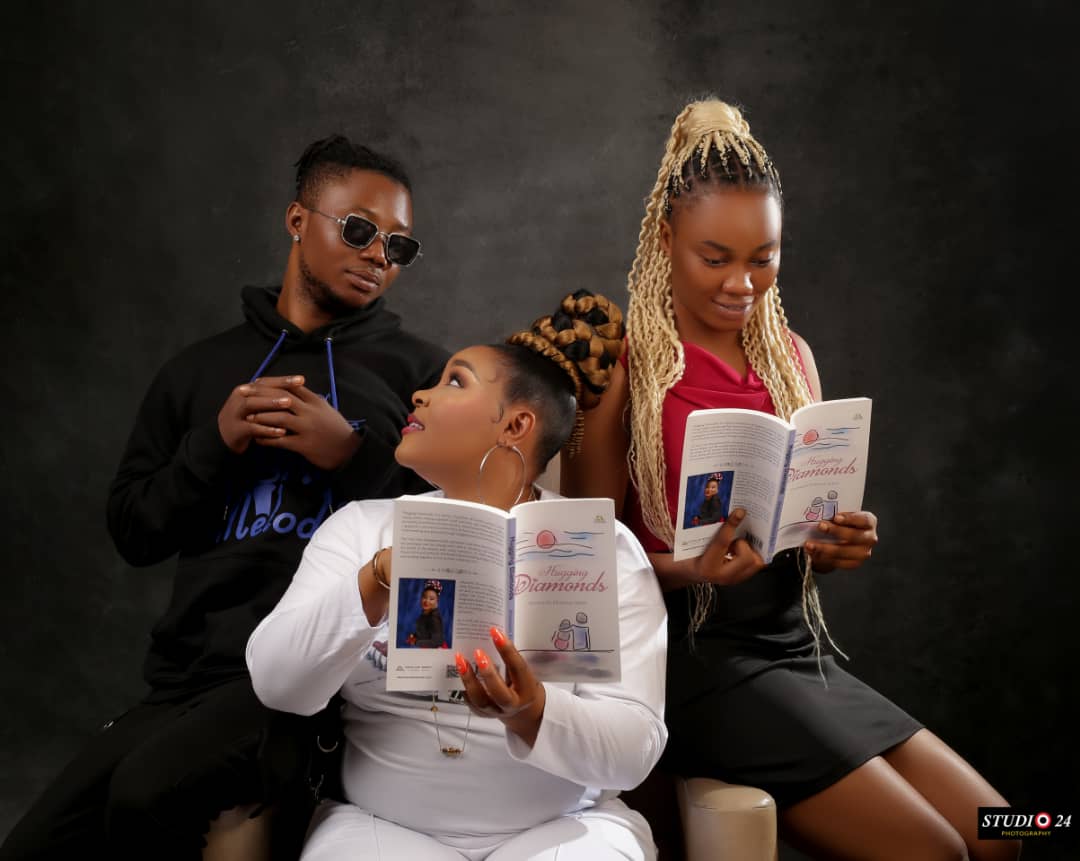 A diamond is a precious gemstone symbolic of love and power, indomitability, and invincibility. To hug diamonds is to go for something unique, whose value is enduring, no matter the passage of time.

The three main characters in Hugging Diamonds, a debut novel by Amarachi Florence Ndisi, aren’t your typical female archetypes satisfied with playing second fiddle to the Mikes and Gregorys. They are ambitious ladies who harbour big dreams for a better society and have an entrepreneurial spirit that is highly fecund.

Sheba, Victoria, and Kemi struck a close-knit triad as undergraduates united by their forward-looking approach to life. Separated after their university days, they, however, linked up later to lend each other a helping hand to make their dreams come through, but society is the greatest beneficiary in this novel, as their quest for political change yields unprecedented dividends.

Hugging Diamonds is a medley of love and politics. It’s also a social satire, for indiscretions on the pulpit, deception by the high and mighty, and shattered hopes of youths echo side by side. But the end of the narrative leaves us without any doubt that this debut novel by Ndisi persuasively strives to build a new nation amid widespread rots in the national fabric.

Before now, the author had made a name as a recording artist and a Nollywood actress. As a child, the author was a member of the NTA Aba Writers’ Club. Just when many thought being a musician later in life and being an actress had eclipsed her literary side, she has returned with a bang.

The political consciousness of the author is writ large in the tapestry of the novel with the involvement of women in politics and the birth of the Cooking Democratic Party, initiated by them to bring Daniel to justice and hope to the commoners. The birth of this new party creates a new kind of revolution —brain — as opposed to brawn.

The youths, who were hitherto used by politicians for ulterior motives, became politically conscious in the quest to affect overwhelming change in the polity, throwing in everything they have got, including technology, drive, and collaboration with the old. The focus here is to “cook” a new country.

Ndisi doesn’t just tell the story of three enterprising women; Hugging Diamonds offers the reader manifold rewards. One glaring bonus is the poetry interspersed in the work through Justus the Poet, a character in the fiction. The author also uses one of her major characters, Kemi, to offer valuable economic tips readers would find useful in everyday life. Needless to say, hope is a thread that runs through the narrative — that hope for a better tomorrow.

Love, from the beginning of the narrative, is used as an essential balm by the author in the work to right many emotional wrongs done and also offer a fillip to societal redemption. Victoria moves from the eastern part of the country to Eko City in the western part of the country, and is warmly received and housed by Kemi,  a Yoruba. Victoria, in turn, contributes her quarter in making her business and ideas flourish. One love! Sheba comes begging after years for forgiveness after breaking Victoria’s heart, and she accepts her pleas. They team up to rewrite the national political lore.

The defining moment in this book is when the Cooking Democratic Party’s main agenda of hugging diamonds sails through in the polls with Prof Godwin Dike elected the president and Kemi Vincent the vice. Everything now is hunky dory.

Sport
Portugal beat Uruguay to reach World Cup last 16
1 hour ago
Portugal booked their place in the World Cup last 16 on Monday as a Bruno Fernandes second-half double secured a 2-0 win over Uruguay.
Sport
Casemiro goal downs Switzerland to take Brazil into World Cup last 16
3 hours ago
A Brazil side lacking spark without the injured Neymar needed a late strike from Casemiro to edge out Switzerland 1-0 on Monday as the five-time winners secured their place in the World Cup last 16 with one game to spare.
Nigeria
There will be no shortage of food in Nigeria – FG assures
3 hours ago
The Federal Government on Monday assured the citizens that the country had enough to eat and there would be no shortage of food.
AMA Press Releases
Bybit Announces $100 Million Support Fund for Institutional Clients
4 hours ago
Bybit looks to Kickstart Crypto Market with short-term stimulus package  DUBAI, United Arab Emirates, 28 November 2022 -/African Media Agency(AMA)/- Bybit, the world’s third most visited crypto exchange, has announced the launch of a $100 million support fund to shore up institutional market makers during this challenging period in the crypto industry.  The fund will offer a…
AMA Press Releases
Tia goes back to the beginning of her journey, was it just a dream?
4 hours ago
Episode 5 of “Goodbye Princess” animation series   “ Temptation Apple ” – Will the princess accept the prince’s kiss?  HONG KONG, SAR, 28 November, 2022,-/African Media Agency (AMA)/- In the fifth episode of “GOODBYE PRINCESS” animation series, Asian global fashion icon, C-pop singer, film and television actress — Tia Lee (Tia Lee Yu Fen) takes a bite…

Literature
Hugging Diamonds, Amarachi Ndisi's debut novel, is a social satire, medley of love and politics
24 Sep
A diamond is a precious gemstone symbolic of love and power, indomitability, and invincibility. To hug diamonds is to go for something unique, whose value is enduring, no matter the passage of time. The three main characters in Hugging Diamonds, a debut novel by Amarachi Florence Ndisi, aren’t your typical female archetypes satisfied with playing second…