Adaptation of agricultural strategies to extreme climate in Nigeria

By Editor
Share on Facebook Share on Twitter Share on WhatsApp Share on Telegram
Rainfed agriculture is farming practices that rely on rainfall for water. This is practised in Nigeria, particularly in northern states, making the country vulnerable to the adverse effects of extreme climate. Extreme climate, which includes drought, flooding, and severe heat has led to degradation, erosion and fertility loss of soil, resulting in low crop yields.
1 of 10 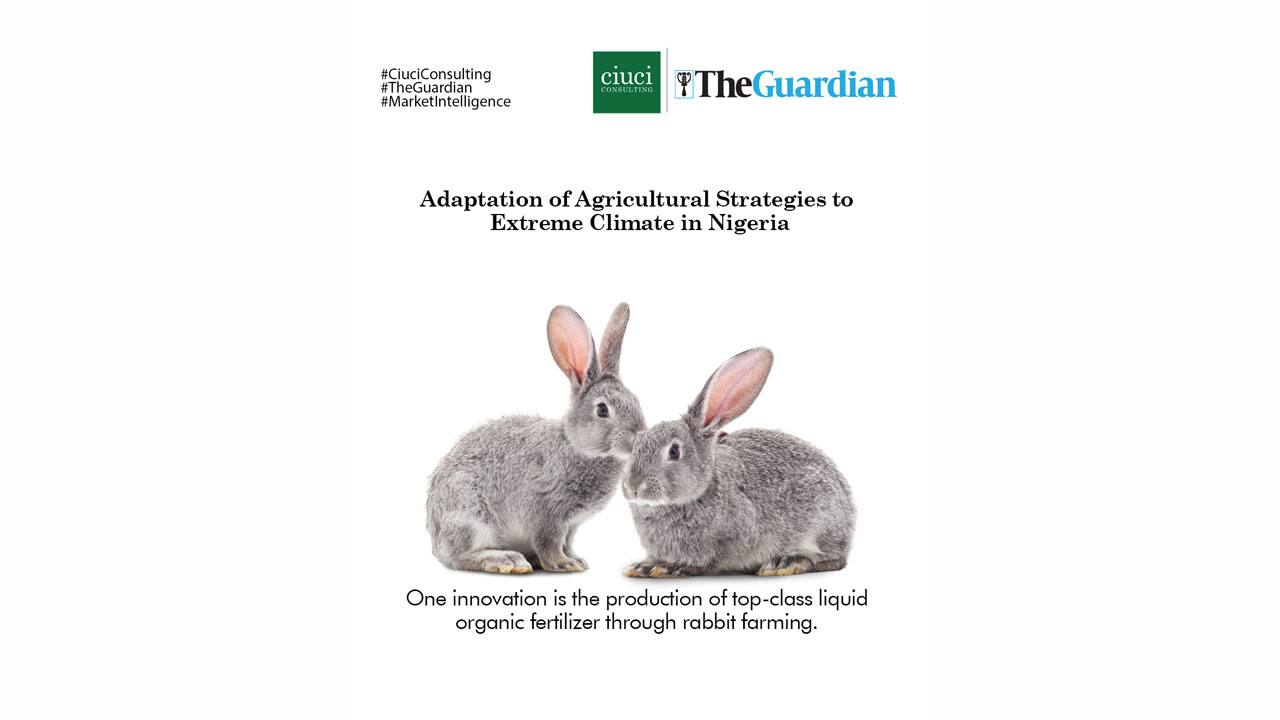 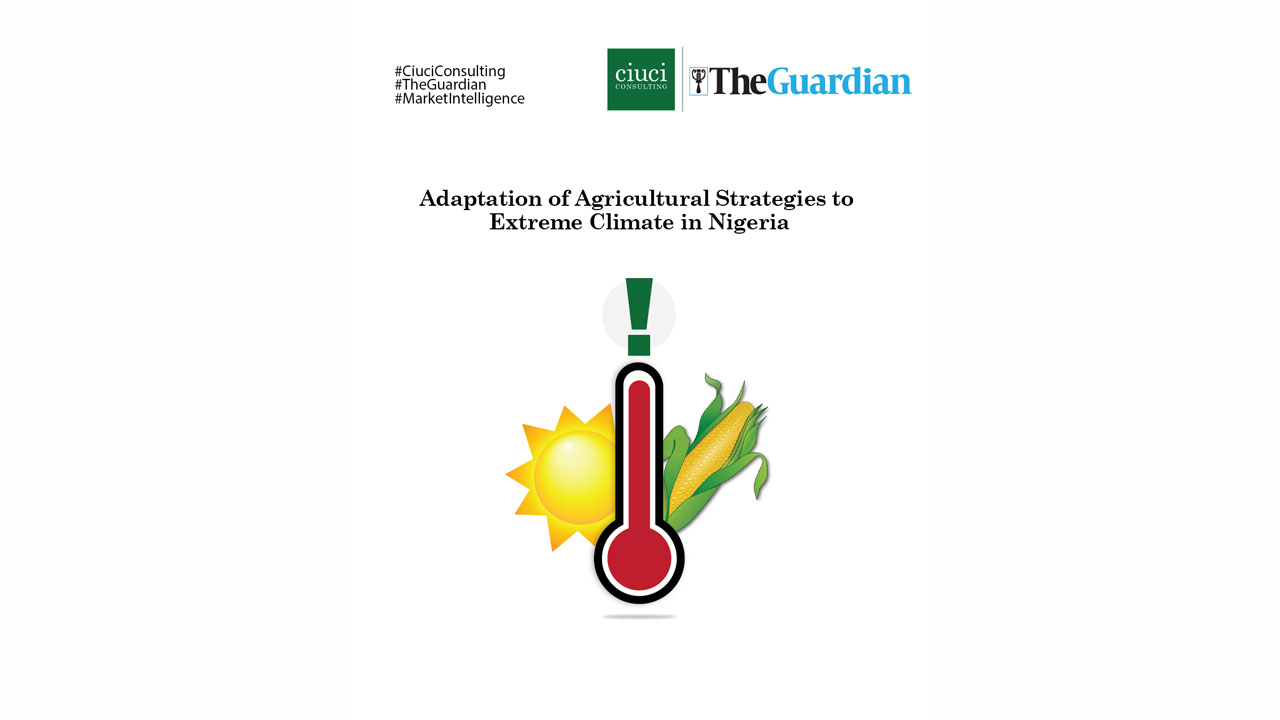 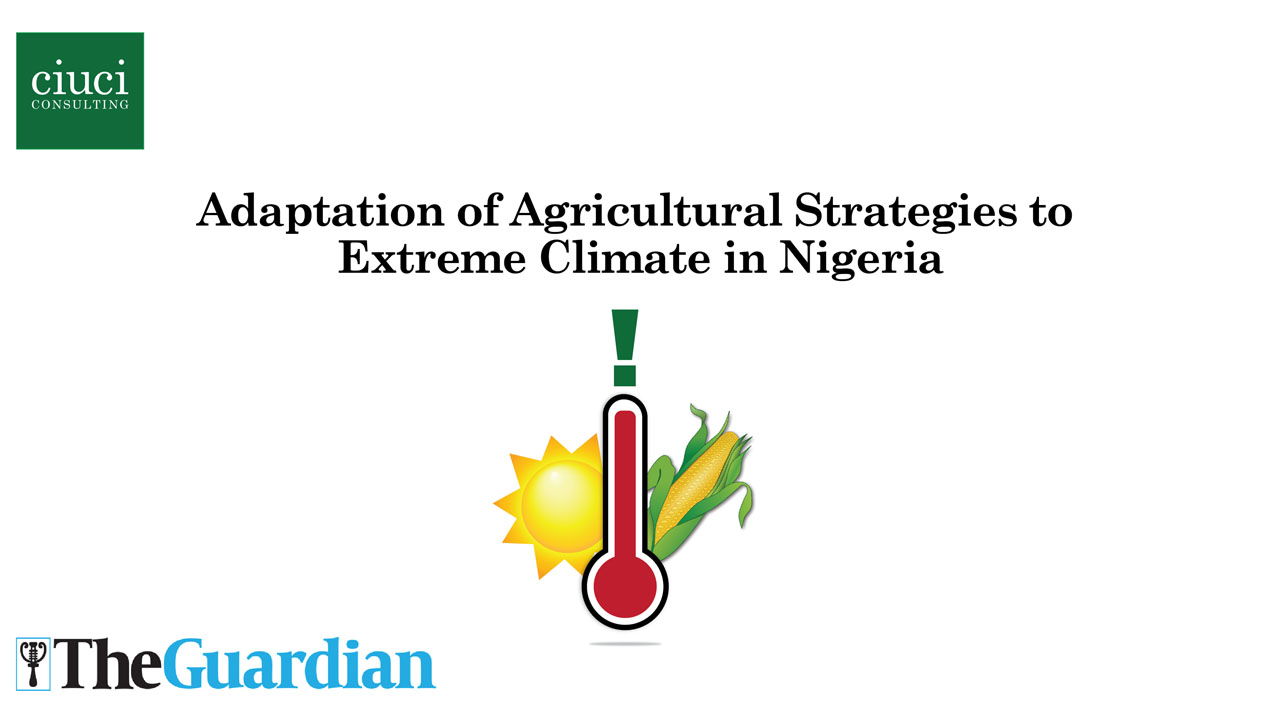 Asset 6X
Rainfed agriculture is farming practices that rely on rainfall for water. This is practised in Nigeria, particularly in northern states, making the country vulnerable to the adverse effects of extreme climate. Extreme climate, which includes drought, flooding, and severe heat has led to degradation, erosion and fertility loss of soil, resulting in low crop yields.

Several adaptation strategies have been designed to enable farmers to minimize the impact of extreme climates when planting and harvesting crops.

Drought-Resistant Crops
Drought occurs frequently and ruthlessly in Kebbi, Sokoto, Zamfara, Katsina, Kano, Jigawa, Yobe, Gombe, and Borno. Yobe was affected by moderate droughts in 2009, 2011, 2015, and 2017. This resulted in heavy losses in crops, livestock, and fodder for livestock. Planting more drought-resistant crops in these areas reduces the vulnerability to extreme climate. Drought tolerance in plants helps them maintain their biomass production during extreme climate conditions through genetic modification. Wheat, corn, and rice are genetically modified to increase tolerance to drought, which enhances healthy crop harvest. In Nigeria, the Institute for Agricultural Research (IAR) is leading the breeding and release of drought-tolerance maize.

Contour Stone Bunds for Soil Erosion
Soil erosion is an extensive and severe degradation process. Intense rain can cause soil erosion on cultivated lands where runoff rates are high and the ground has an insufficient vegetative cover. Degraded soils are at greater risk from the damaging impacts of extreme climate because they are exposed to serious losses of organic matter and biodiversity. An adaptation strategy is the use of contour bunds, made of either stones or soil. Bunds are constructed along contour lines to slow down the flow of water into the slope, preventing soil erosion. The best results are often achieved when contour stone bunds are done in conjunction with the planting of grass and trees on contour lines. Also, where soils are particularly vulnerable to surface crusting and runoff, farmers can combine contour stone bunds with planting pits which are 10-20cm deep, which act as micro-catchments where crops are planted. Contour stone bunds are beneficial in extreme wet and dry climate. In extreme wet years, they help to reduce the risk of runoff and erosion, while in extreme dry years, they contribute to effective rainwater harvesting. Contour bunds have been encouraged by governments, NGOs, extension agents, and farmers for years and are now widely used in Africa. Research in Mali shows that contour bunds preserved soil and boosted farmers’ net income by 20%.

Smart Farming
Smart farming is a farming management concept that uses technology to increase the quantity and quality of farm products. Examples are soil scanning, light, water, temperature management, humidity, and data analytics. This helps decision making and enables farmers to stay at the forefront of extreme climate to implement measures that prevent loss of farmland. The use of smart farming techniques helps farmers monitor the needs of each produce to adjust their nutrient consistency, thereby preventing poor growth and enhancing healthy crop harvest.

One innovation is the production of top-class liquid organic fertilizer through rabbit farming. Rabbit farmers in Kenya claimed to have found a ‘minefield’ in rabbit urine. The average urine production per rabbit is 2.5 milliliters per day and each milliliter is stored until it ferments and is mixed with ten litres of water to make liquid organic fertilizer. Rabbit urine, an extra organic liquid, improves the fertility of the soil by repairing its structure, texture, water-holding capacity and humus content. Farmers in Uganda use it as pesticide and fertilizers and it has proven to produce healthier crop harvests of cassava, passion fruit, beans, millet, and tomatoes, amongst others.

It is imperative for all agricultural innovative programs to focus on intended outcomes and partner with relevant stakeholders in repositioning agriculture and making it the cornerstone of Nigeria’s economy by ensuring adaptative strategies to extreme climate are explored, with training and awareness created for farmers on smart techniques, such as the use of rabbit urine which is not currently practised in Nigeria. Implementing agricultural adaptation strategies to extreme climate would increase healthy crop harvest and boost crop produce to benefit the Nigerian economy.

World
Ukraine vows 'dismantling' of pro-Russia groups after UK claims
33 mins ago
Ukraine said Sunday it would continue countering pro-Russian individuals and entities aiming to destabilise Ukraine after the UK accused Russia of looking to install
Guardian Life
Home Decor On A Budget
38 mins ago
I daresay that you are fascinated with the interior decorations you see on Instagram, have photos of some nicely decorated homes saved on your phone or an app that teaches you how to design your home. If you fall into any of these categories, this is a safe space to admit that this guilty pleasure…
World
#MeToo wave in Morocco over 'sex for grades' scandal
51 mins ago
Female Moroccan university students have broken their silence about professors demanding sexual favours in return for good grades, a scandal that has shaken the higher eduction system.
World
Portugal begins early voting in snap general election
1 hour ago
Early voting began in Portugal on Sunday for a snap general election, with polls showing the incumbent Socialists still ahead though with their lead over the nearest centre-right rivals
Nigeria
Accidents claim over 300 lives in Ogun in 2021 – FRSC
1 hour ago
The Federal Road Safety Corps (FRSC) says over 300 lives were lost in various road accidents in Ogun State in 2021.

APO Press Releases
President Buhari Signs N17.127tr 2022 Budget Into Law, Directs MDAs to Commence Early Preparation of 2023 Transition Budget
31 Dec
Download logoExpresses Concern Over Worrisome Changes to 2022 Budget by NASS; To Submit Amendment Bill Early 2022. In keeping with the tradition of restoring a predictable January to December fiscal year, as provided for in the Constitution of the Federal Republic of Nigeria, President Muhammadu Buhari Friday in Abuja signed into law the 2022 Appropriation Bill…

Nigeria
Old Students canvass support for UI, alumni association
1 Jan
Graduates of the University of Ibadan (UI) have been admonished to make a more enviable contribution to the development of their alma mater.

Nigeria
Buhari, Lawan differ on ‘worrisome changes’ in N17.127 Trn 2022 Budget
1 Jan
While signing the bills yesterday in Abuja, President Buhari said the decision was in keeping with the tradition of restoring the January to December fiscal year as provided for in the country’s Constitution.