By Joseph Onyekwere
Share on Facebook Share on Twitter Share on WhatsApp Share on Telegram
As at today, the president has spent about 64 days in medical vacation, in which he has not put up any public appearance nor disclose the nature of his illness outside what is gleaned from grapevines.
1 of 10 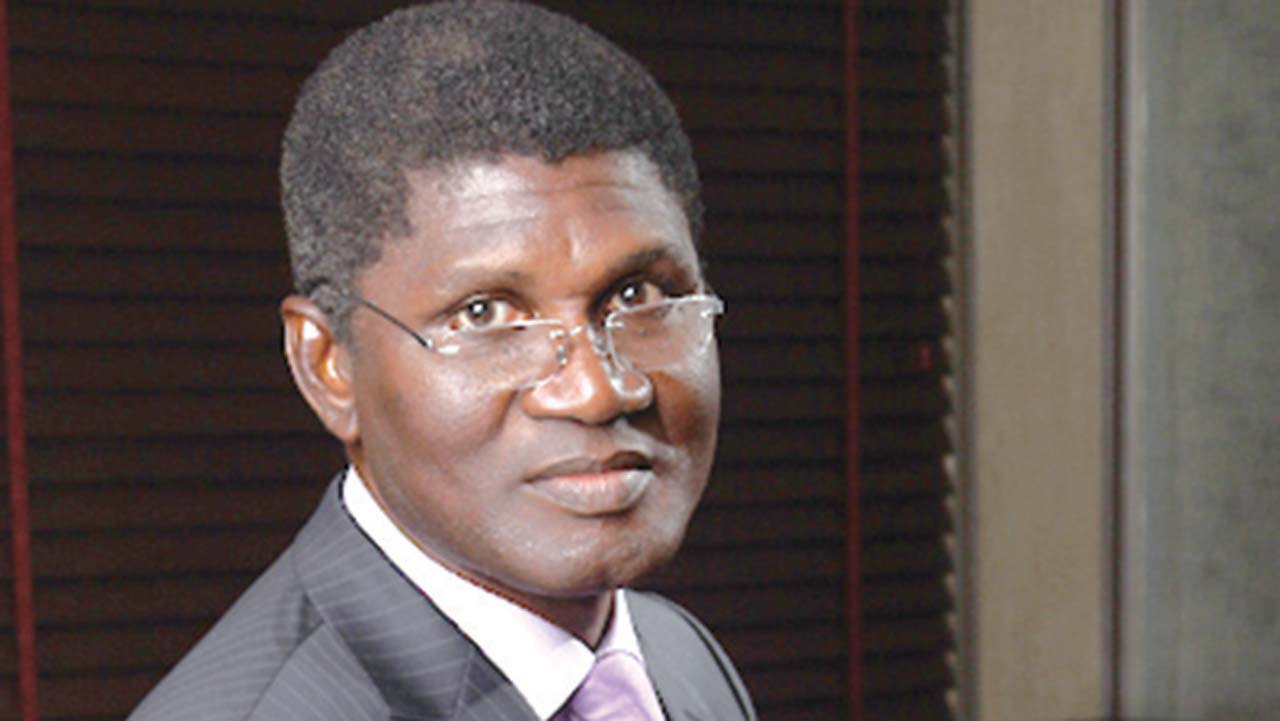 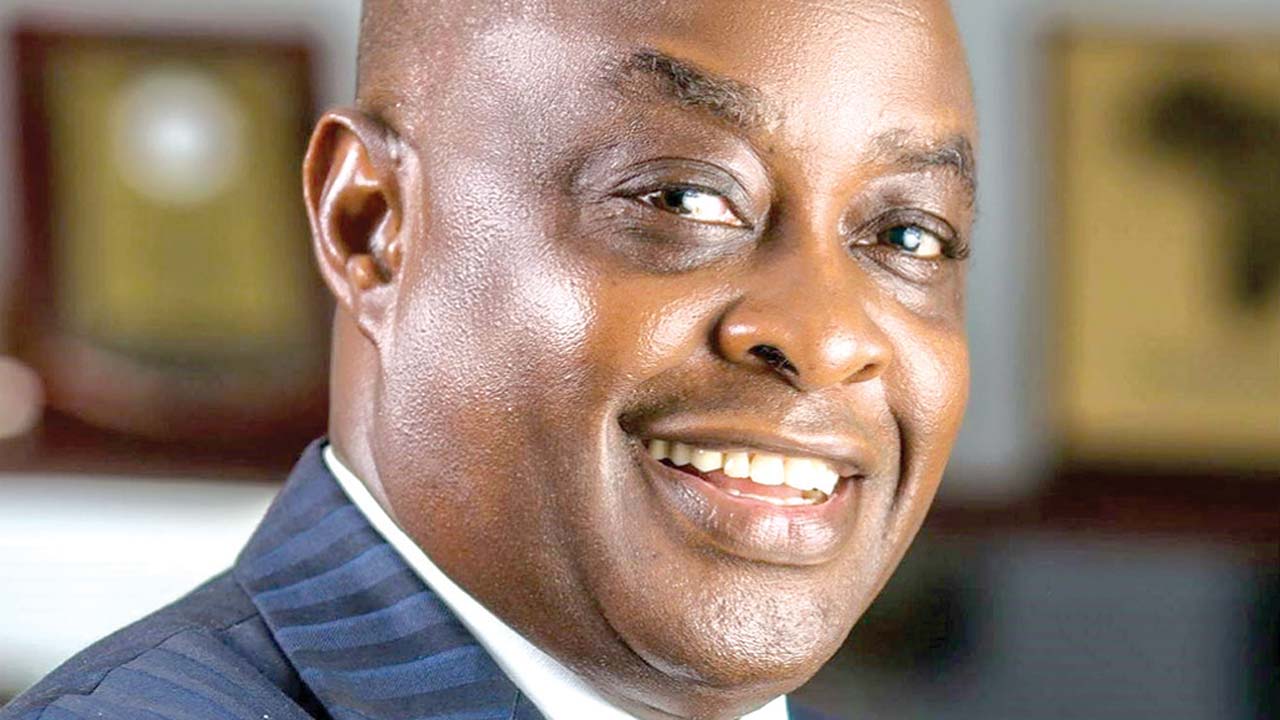 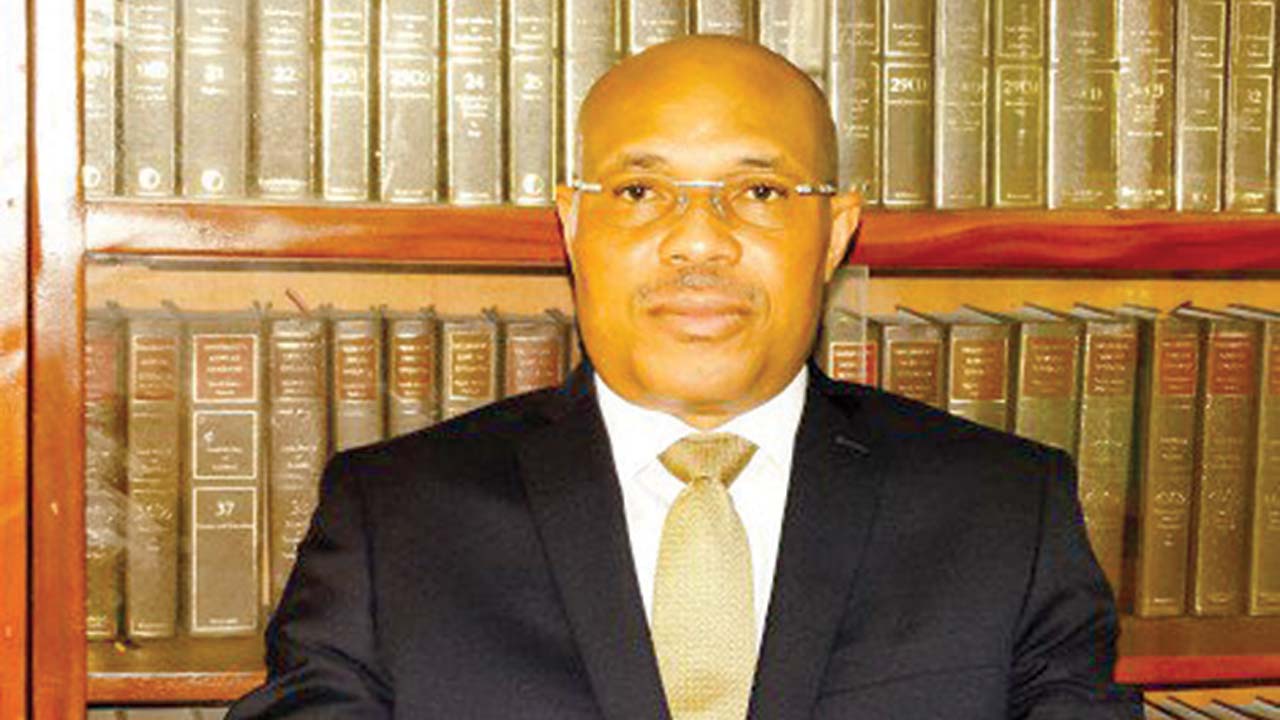 The continued absence of President Muhammadu Buhari from office on medical reasons has now raised questions about the lacuna in the constitution as it concerns the length of time within which the commander in chief could be away from office.

As at today, the president has spent about 64 days in medical vacation, in which he has not put up any public appearance nor disclose the nature of his illness outside what is gleaned from grapevines.

The president left the country on May 7, 2017 shortly after returning from a similar trip and handed over to his vice, Prof.Yemi Osinbajo (SAN).

The danger is that anybody could win presidential election, abandons the task of governance and simply handover to his vice and goes on endless frolicking abroad, without consequences.

But some lawyers believe that the constitution, and rightly so cannot capture all dynamics of human life, arguing that there are provisions to take care of such developments, while others think the constitution needs to be amended to include maximum time frame within which to be away from office or at worst invoke ‘doctrine of necessity’ and declare Osinbajo president.

Solomon Ukhuegbe is of the view that the constitution has already taken care of such prolonged absence from duty. He noted that aside from resignation, there are only three ways a President can cease to hold office. They are death, removal for ‘gross misconduct’ (impeachment) as provided in section 143 and removal for permanent incapacity enshrined in section 144.

According to him, if the President was frolicking or holidaying abroad for an unreasonably extended period, that may, arguably, amount to gross misconduct for the purpose of section 143.

His words: “But I can’t imagine how prolonged hospitalization abroad can be a misconduct, let alone gross misconduct. However, if the President’s condition deteriorates to permanent incapacity, that may be sufficient for his removal by section 144. But the Federal Executive Council (FEC) can only trigger that process, although there may be an understandable reluctance initiating the process in section 144 should the situation arise.”

However, the challenge in initiating the provisions of section 144 is that FEC members are all presidential appointees. It amounts to one being a judge in his own case to empower them to initiate a process that would lead to the removal of their boss.

But Ukhuegbe disagrees with this position. According to him, section 144 is an administrative/political process, not a judicial or quasi-judicial process. “So, the question of being a judge in one’s cause does not arise. At any rate, FEC merely triggers the process. After that, it is out of their hands. The Senate sets up a medical board to make an authoritative determination of the President’s alleged permanent resident incapacity. I do not know “the original intent of the framers.” However, section 143 is taken from the 1979 Nigerian Constitution. Sections 144 and 145 are from sections 4 and 3 respectively of the Twenty-fifth Amendment to the Constitution of the United States,” he stated.

He also made a contrast between the present situation and that of late president Umaru Musa Yar’Adua. “In the Yar’Adua episode, the President was indisposed and away from the country without activating section 145 (by writing to the Senate). Before the 2011 constitutional amendment, only the President could activate section 145. Not so any more. There was therefore no acting President then.

“Right now, in contrast, there is an acting President. The Attorney General has reminded us that the acting President can do whatever the President may lawfully do. So, in my opinion, there is no urgency for FEC to activate section 144 unless the President has no hope medically of recovery. In any case, FEC should have better information on the state of the President’s health than the general public,” he said.

Charles Emetulu insists that it amounts to one being a judge in his own case given that the FEC is 100 percent populated by the President’s appointees. “Fear of being tagged ‘disloyal’ may creep in. It’s instructive to note that by the end of today (July 7), we would have done 188 days in year 2017, and for more than half of that period the president has not been on seat. Very clearly the lacunas in our Constitution are too many.

“I say so because, in the spirit and letter of the constitution, the president has done no wrong. Even if he’s away all year, so far as the FEC initiates nothing, we just have to take the development(s) on the chin and move on,” he argued, adding that so far as the process is not triggered by the FEC, nothing else can be done.

A Senior Advocate of Nigeria, Sylva Ogwemoh in his interventions said there is no constitutional limitations on the period of time the President may be away from office on health grounds once the President transmits a letter to the National Assembly transferring power to the Vice President.

Ogwemoh argued that there is truly no lacuna in the 1999 Constitution on the issue, considering the provisions of section 144 of the Constitution in conjunction with section 145. For him, the question of course is whether there is the political will to invoke the provisions of section 144 in deserving situations. According to him, we have copied into our Constitution certain provisions of other Constitutions of advanced democracies in the world without necessarily taking into consideration the peculiar nature of our environment and our people. This, he said, is why we often think that making new laws or amending old laws would provide the answers to our problems whereas in actual fact the solution to our problems is already embraced within the context of our existing laws.

Also, former attorney general in Delta state, Dafe Akpedeye (SAN) is of the view that the constitution obviously does not allow a President to desert his duty post simply because he has transmitted a letter to the National Assembly transferring power to the Vice President. While the constitution may not have envisaged all possible scenarios that can play out in this regard, the present constitution, he noted, is not totally helpless in arresting the situation, although it can be further strengthened.

His words: “Two options are provided by the constitution in nipping this in the bud. The first is as provided by Section 143 of the Constitution, namely removal from office, also known as impeachment. The only ground provided is ‘gross misconduct.’ There is no definition of what amounts to gross misconduct as it depends on specific situations.

However, a president that refuses to oblige the public details of his health condition and leaves his duty post indefinitely can be said to be guilty of gross misconduct. The stringent process and the checks involved are to ensure that the power granted to the National Assembly is not abused.

“The second option is as provided by Section 144 of the Constitution, and it is on the grounds that he is incapable of discharging the functions of his office. To kick-start this process however, two third majority of all members of the FEC must pass a resolution.”

This, he said, appears to be the kernel of the problem with this procedure. “It is unlikely that a FEC empanelled by the appointees of the president will kick-start a process for his removal. This power ought to be removed and given to an independent body. Alternatively, the wordings of the constitution could be that of compulsion if the president is absent for a specific period of time.

“In other words, it can be revised that FEC shall begin the process if a time frame lapses without the president divulging his state of health to the country. In sum, whatever the provision of the constitution, our leaders need to have sincerity of purpose and exalt public interest over primordial, selfish interests for our laws to work.

Norrison Quakers, also a Senior Advocate in his contribution said the constitution cannot address all issues. According to him, it is a document subject to amendments. The President, he said, having transmitted the letter sequel to Section 145 of the constitution automatically makes the vice president “Acting President”.

He said: “The reason for the absence is vacation. Having recourse to the period of vacation allowed for public officers, the President has exceeded it. It is therefore imperative for the legislature to wade in by invoking the doctrine of necessity and directing the Chief Justice of Nigeria to swear in the Acting President as President of the Federal Republic of Nigeria.

“This is being suggested because the President cannot be found and is not permitted by law to proceed in indefinite vacation. A typical example though not quite in line with the current situation is where an elected President is unavailable to take or subscribe to the oath of allegiance and office, the Vice President is immediately sworn in. See Section 136 (1) of the Constitution.

“Therefore by parity of reasoning, a President who has been out of office for a period exceeding two months should be declared unavailable to run the affairs of the country giving way to the Acting President being sworn in as President.”

Politics
ASUU strike: APC chief blames SAP for crisis in educational sector
1 hour ago
The National Vice chairman. (North West) of the ruling All progressive congress (APC), Dr Salihu Lukman yesterday blamed the structural adjustment programme for the crisis in the educational sector of the country.
World
Calls for peace as Kenya awaits results of tight presidential race
1 hour ago
Kenyans prayed for peace Sunday as they waited anxiously for the final outcome of the presidential election, with the two frontrunners almost neck and neck, according to partial official results.
Nigeria
UK trainer applauds Akwa Ibom leadership model
1 hour ago
United Kingdom, the UK-based trainer on Leadership, Diana Young, has stressed the need for leaders to connect with his followers with the right approach and showing warmth in different ways to make the team members feel smart.
Nigeria
NUJ inaugurates The Guardian Chapel, promises better welfare for members
1 hour ago
The Nigeria Union of Journalists (NUJ), last week Thursday, swore in the newly elected executive members of The Guardian Chapel. The oath of office and swearing-in was administered by the Chairman of the Lagos State Council of the union, Mr Adeleye Ajayi. The new officers of The Guardian Chapel are: Tope Templer Olaiya as Chairman,…
Nigeria
Ghana High Commission refutes Akufo-Addo’s alleged letter advising Tinubu to step aside for Peter Obi
2 hours ago
The Ghanaian High Commission in Nigeria has said that President Nana Akufo-Addo did not write the All Progressives Congress (APC) Presidential flag-bearer, Bola Tinubu to step aside for the Labour Party..

Opinion
80 hearty cheers to Professor Bolaji Akinyemi
2 Jan
One is bound to be tempted to write on different issues today, specifically on those ones that tried men’s souls in 2021, a year in which one newspaper’s editorial was bold enough to claim that life...

Nigeria
2023: Ngige roots for Southern president
2 Jan
The Minister of Labour and Employment, Dr. Chris Ngige, has expressed strong support for an emergence of a president of Southern extraction, in line with the rotation and zoning agreement.

Nigeria
‘Buhari signed ‘unimplementable’ 2022 budget, it must be amended’
2 Jan
Rivers state Governor, Nyesom Wike has faulted President Muhammadu Buhari for signing the 2022 budget of N17.127trillion into law, knowing that the document was full of unimplementable projects.

Politics
Three eventful dates that would shape politics this year
2 Jan
Three days, spanning the months of January and February, hold the key to the onset of political activities in the pre-general election year of 2022.