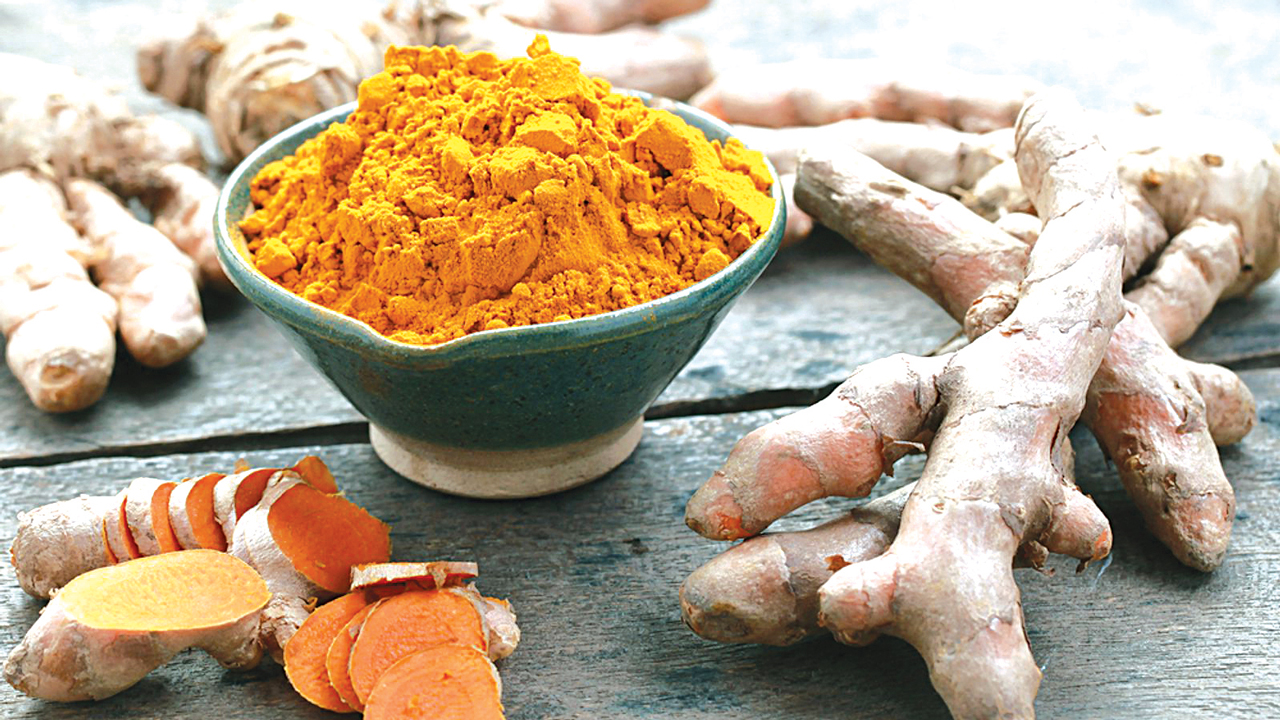 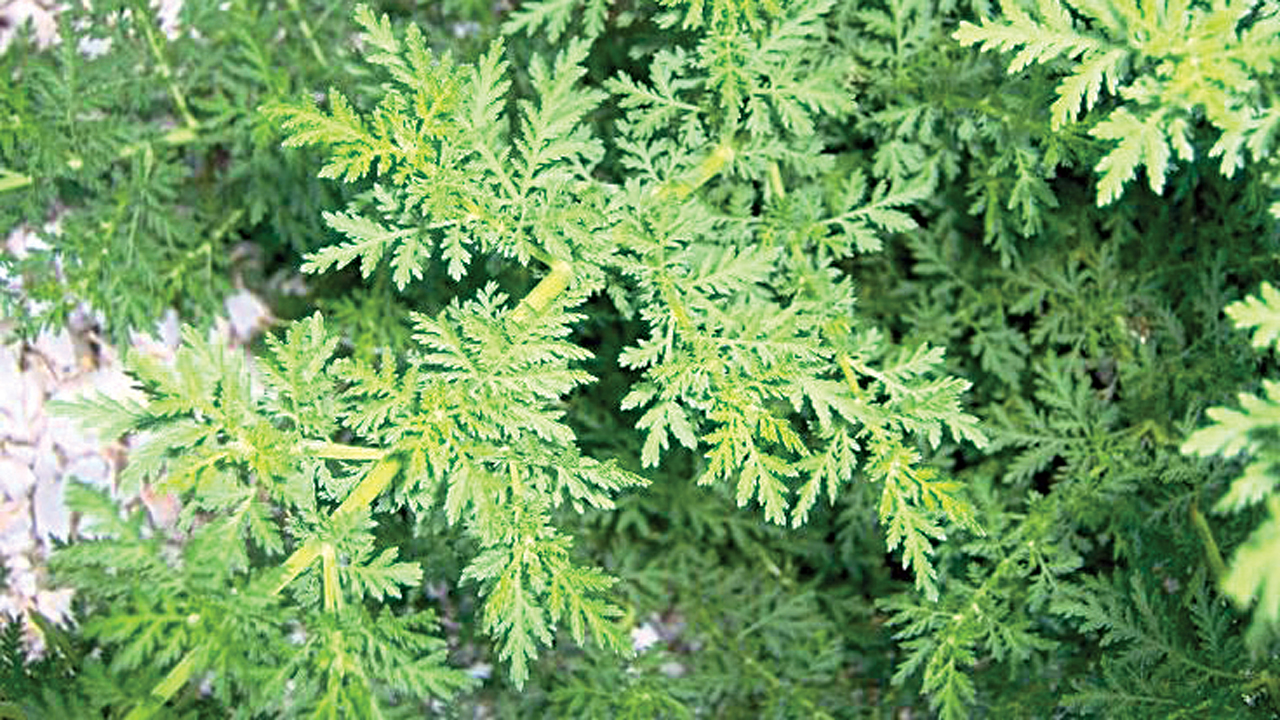 As the medical world battles with the burden of multi-drug resistant tuberculosis (TB) and the rising co-infection with Human Immuno-deficiency Virus (HIV), scientists have demonstrated the efficacy of the malaria plant, Artemisia annua, and turmeric in the treatment of the
condition. CHUKWUMA MUANYA, Assistant Editor, writes.

The Chinese plant, Artemisia annua, which is being grown in commercial quantities in Nigeria, has joined the league of plant validated for the treatment of TB and multi-drug resistant TB (MDR TB).

The drug-of-choice for malaria and the World Health Organisation (WHO)-recommended drug, Artemisinin-based Combination Therapy (ACT), is derived from this plant. According to a new study published in the journal Nature Chemical Biology, the plant has been found to potentially aid in the treatment of tuberculosis and may slow the evolution of drug resistance.

In a promising study led by Robert Abramovitch, a Michigan State University, United States (U.S.), microbiologist and TB expert, the ancient remedy artemisinin stopped the ability of TB-causing bacteria, known as Mycobacterium tuberculosis, to become dormant. This stage of the disease often makes the use of antibiotics ineffective.

Abramovitch, an assistant professor in the College of Veterinary Medicine, said: “When TB bacteria are dormant, they become highly tolerant to antibiotics. Blocking dormancy makes the TB bacteria more sensitive to these drugs and could shorten treatment times.”

Mycobacterium tuberculosis, or Mtb, needs oxygen to thrive in the body. The immune system starves this bacterium of oxygen to control the infection. Abramovitch and his team found that artemisinin attacks a molecule called heme, which is found in the Mtb oxygen sensor. By disrupting this sensor and essentially turning it off, the artemisinin stopped the disease’s ability to sense how much oxygen it was getting.

Also, new research published in Respirology indicates that curcumin – a substance in turmeric that is best known as one of the main components of curry powder – may help fight drug-resistant tuberculosis.

Turmeric is a spice that comes from the root of Curcuma longa, a member of the ginger family, Zingaberaceae. In traditional medicine, turmeric has been used for its medicinal properties for various indications and through different routes of administration, including topically, orally, and by inhalation.

Turmeric, also known as curcuma, produces a root that is used to produce the vibrant yellow spice used as a culinary spice so often used in curry dishes. Though native to India and parts of Asia, and is a relative of cardamom and ginger, turmeric has been domesticated in Nigeria. In Asia, turmeric is used to treat many health conditions and it has anti-inflammatory, antioxidant, and perhaps even anticancer properties.

Investigators found that by stimulating human immune cells called macrophages, curcumin was able to successfully remove Mycobacterium tuberculosis from experimentally infected cells in culture. The process relied on inhibiting the activation of a cellular molecule called nuclear factor-kappa B.

The ability of curcumin to modulate the immune response to Mycobacterium tuberculosis points to a potential new tuberculosis treatment that would be less prone to the development of drug resistance.

According to a study published in African Journal of Biotechnology, Adeleye and co-workers evaluated the ethanolic and aqueous extracts of 12 Nigerian medicinal plants for anti-mycobacterial activity. The study revealed that four of the plant extracts: Allium cepa (onions), Allium ascalonicum (shallots), Terminalia glaucescens and Securidaca longepedunculata) showed activity on both the culture isolate of M. tuberculosis and the control strain (M. tuberculosis) at 0.05 mg/mL. Mann et al. (2008) evaluated some Nigerian medicinal plants for anti-mycobacterial activity and found four plants giving anti-mycobacterial activity at ≤1250 μg/mL. These plants were Anogeissus leiocarpus, Terminalia avicennoides, Combretum spp. and Capparis brassii.

Features
Stakeholders decry poor allocation to education sector as it continues to slide
1 hour ago
Amid calls for improved budgetary allocation to education by both Federal and state governments, successive administration at all levels in the country have failed to heed the call.
Nigeria
Governors, Labour kick as NNPC presents N3tr subsidy bill to FEC
1 hour ago
The controversies surrounding continued payment of fuel subsidy may not have ended as the Nigerian National Petroleum Corporation (NNPC) Limited, yesterday, presented a bill of N3 trillion for deliberations at the Federal Executive Council (FEC) meeting...
Nigeria
Rivers floors FG over police trust fund deductions
1 hour ago
A Federal High Court, Abuja has declared as unconstitutional the Federal Government’s deduction of funds directly from the Federation Account to fund the Nigeria Police Force (NPF) in line with Section 4(1)(a) and (b) of the Nigeria Police Trust Fund (Establishment) Act 2019.
Business News
China tasks Nigeria on trade imbalance, raises stake in Africa to $300billion
1 hour ago
The Chairman, China Africa Business Council (CABC), Chief Dana Chen, has announced that the Chinese government is planning to invest over $300 billion in the African continent over the next three years.
Nigeria
Ekiti: Fayose’s anointed candidate, Kolawole wins PDP primary
1 hour ago
Candidate of the former governor of Ekiti State, Ayodele Fayose, Chief Bisi Kolawole, was last night declared winner of the primary election of the Peoples Democratic Party (PDP) held yesterday to fly the party’s flag in the June 18 governorship election in the state.

Opinion
Making healthcare affordable to the poor
24 Dec
Ordinarily, news that COVID-19 pandemic has adversely affected the economy and consequently the living conditions of many parts of the world should not come as a surprise.

Nigeria
Prepare for another pandemic, COVID-19 won’t be the last, UN warns
29 Dec
The United Nations (UN) Secretary-General, António Guterres, has called on countries of the world to prepare for the next pandemic as COVID-19 will not be the last...