By Oluwaseun Akingboye, Akure
Share on Facebook Share on Twitter Share on WhatsApp Share on Telegram
Omogunwa a close associate of Governor Olusegun Mimiko declared that they were not actually friends; but that they happen to come together through “political friendship” and that the politicking has now torn them apart.
1 of 10 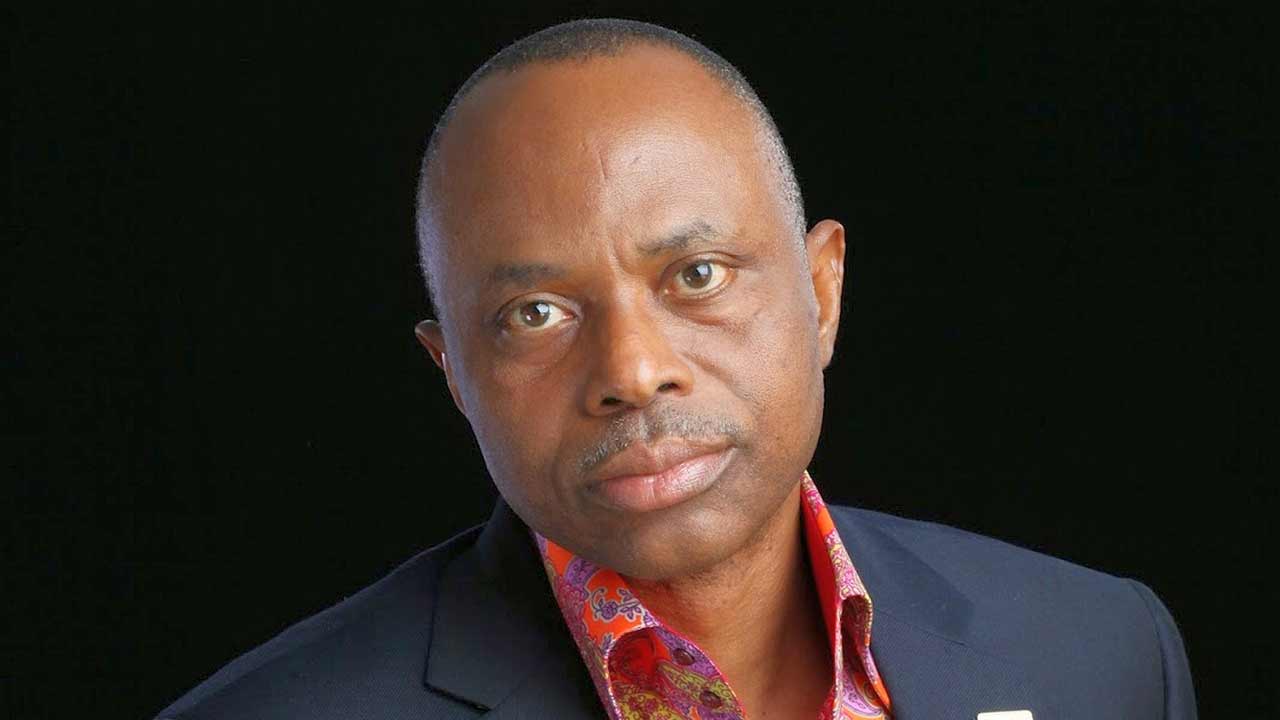 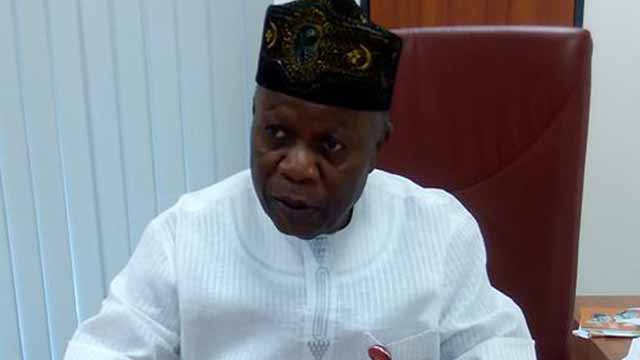 Pastor Yele Omogunwa, the only Peoples Democratic Party (PDP), Senator who emerged from the 2015 general elections out of three Senatorial seats up for grabs in Ondo state eventually dumped the party for greener pastures in the ruling All Progressives Congress (APC).

Omogunwa a close associate of Governor Olusegun Mimiko declared that they were not actually friends; but that they happen to come together through “political friendship” and that the politicking has now torn them apart.

This was the justification for his recent change of political status from the opposition (minority group) to the ruling (majority group) in the Senate, which he argued, necessitated his defection from the PDP to APC to give ‘quality representation’ for his people.

The Senator who joined APC to work for the governor-elect, Mr. Oluwarotimi Akeredolu (SAN), six days to the election, told newsmen in Akure yesterday that he was disappointed when PDP was voted out of power in the 2015 Presidential election.

Omogunwa, who held political offices with the incumbent governor, in the past but resigned to contest for Senate in 2011, revealed that same reason would have made him ditched Labour Party (LP) for PDP then if he had gotten the ticket, which was given to Senator Boluwaji Kunlere.

Though he averred that there were remote causes for his actions; such as the speculation that his action was to spite Governor Mimiko for the party’s choice of a successor from the same Central District, he was quick to mention that it was not a vendetta against the PDP.

“No, I am not the type of person that could avenge. He did that one to justify his position at that time. It could be painful, no doubt, haven’t spent so much. But somebody who represented us was from my side. So it didn’t take me time to forgive. Though I was annoyed out of the party, annoyed out of government; and at the end of the day, he came to me and we settled. And since we settled, the past was the past: that is politics for you.

“If it didn’t go down well with you today, it could be your turn tomorrow; and I have told him, I mean Iroko, on several occasions that he is not a true friend. A political friend is not a friend: we didn’t grow up in the same place; we didn’t carry girlfriends together, so we have not been in the same club. The only thing that brought us together is politics.

“I left Great Ife (Obafemi Awolowo University), he too; but not the same time. So we didn’t cross our paths not until we met on the political field. You cannot say that person is a friend. When he came to my house, I told him. Are you a friend? You are not a friend: you are a political friend! I don’t even know your mind; I only know my own mind that I consider you as a friend. It is not to avenge, far from it.”

But the decision of the Senator did not go well with some PDP loyalists in the state, alleging that he left the party when the Senate President, Bukola Saraki was unanimously elected by the 57 Senators, including the PDP members, while other 51 Senators were away at the International Conference Centre, Abuja.

The State Commissioner for Information, Mr. Kayode Akinmade, pointed out that immediately Governor Mimiko retrieved his mandate after 21 of months protracted litigation in the court; he made the Senator a leader of the party and of the South Senatorial district.

Akinmade explained that Kunlere then had thought that he would become the Secretary to the State Government (SSG) but “when the announcement was made, it was Dr. Aderotimi Adelola; he felt disappointed. But Mr. Governor told him that they were all politicians: they needed a technocrat who would do the nitty-gritty of administration in case they were all on the field.

“He pleaded with him that he still has a special position for him. When Mr. Governor wanted to appoint commissioners, he gave this Senator the opportunity to appoint anybody he wishes. Most of the people that got appointments from the South in 2009 were present the Senator’s nominees. He nominated himself as the Commissioner for Works and the governor obliged him.”

The commissioner disclosed that Mimiko had thought Senator Omogunwa would stay as leader and allow Kunlere to be commissioner, but since Kunlere was neither made the SSG nor commissioner, he was appointed as Special Adviser, with a tripartite understanding to support for higher pursuit.

“But as soon as he became commissioner, he started building structures to contest and when Mr. Governor discovered that he was going beyond their normal agreement, he directed people who have political ambition to resign from the cabinet. He met with the traditional rulers from the district and told them point-blank that he would not support him.”

The Senator’s exit paved way for the present Attorney General and Commissioner for Justice, Remi Olatubora to be more relevant in the party and district until he settled with Mimiko in the build-up to the 2015 general elections.

“Some of those people like Olatubora told Mr. Governor that this man would still betray him and should not allow him to come back to the party, but reason prevailed. I can tell you authoritatively that it was Mr. Governor that paid for his nomination papers as Senator,” Akinmade said.

Politics
New contestants in fresh Abia PDP primary not acceptable — Igbokwe
4 hours ago
The Abia State branch of the Peoples Democratic Party (PDP) goes to the poll today to pick its governorship candidate from among the contestants, including Bob Ogu, Eric Opa Okey Ahiaiwe and Mayor Lucky Igbokwe in Umuahia.
News
Lagos INEC to conduct mock accreditation with BVAS on Saturday
1 day ago
The Lagos State Independent National Electoral Commission (INEC) has concluded plans to hold mock accreditation exercise of voters in six selected Local Government Areas (LGAs).
Politics
2023: Ordinary Nigerians will decide their leaders, says Ekere
1 day ago
That’S why Asiwaju Bola Tinubu is talking about Renewed Hope. Conscious of all the problems that we have as a country and as a people, he has a solution to the problem of insecurity. T
Politics
That Atiku stance on corruption
1 day ago
Corruption, everyone agrees, is not only injurious but stunts development. It also not only diverts resources from legitimate causes that are beneﬁcial to the society at large, but denies millions of people their fundamental freedoms and human rights.
Politics
APC youth leader concludes North Central tour, rally support for Tinubu, others
1 day ago
The All Progressives Congress (APC) National Youth Leader, Dayo Israel, yesterday, concluded his tour to the North Central region after his visits to Taraba, Benue and Niger States as part of his nationwide youth mobilisation for the presidential candidate of the party, Asiwaju Bola Tinubu and other candidates.

Politics
Despite being oil-producing, my people are suffering, says Atibere
12 Sep
Sikemi Atibere, a councillor in Ugbo Ward 1, Ilaje Local Government Area of Ondo State spoke with ENIOLA DANIEL on challenges facing her people and why more women should join politics.

Nigeria
Southwest PDP resolves to back Atiku as Makinde insists Ayu must go
15 Sep
Critical stakeholders in the Peoples Democratic Party (PDP) are yet to back down on the agitation for the resignation of the party’s national chairman, Iyorchia Ayu, as the PDP presidential...

Politics
Labour Party now hot cake as politicians hustle for its tickets
20 Sep
The emergence of former governor of Anambra State, Peter Obi as the Presidential Candidate of the Labour Party has surprisingly turned the party to a beautiful bride, with many politicians jostling for its ticket. This jostle is not unconnected with the yearnings of Nigerians for a change from ‘old and recycled leaders’, especially, those who…