Osinbajo at 63: Tunji Olowolafe pays tribute to Nigeria’s VP on his birthday 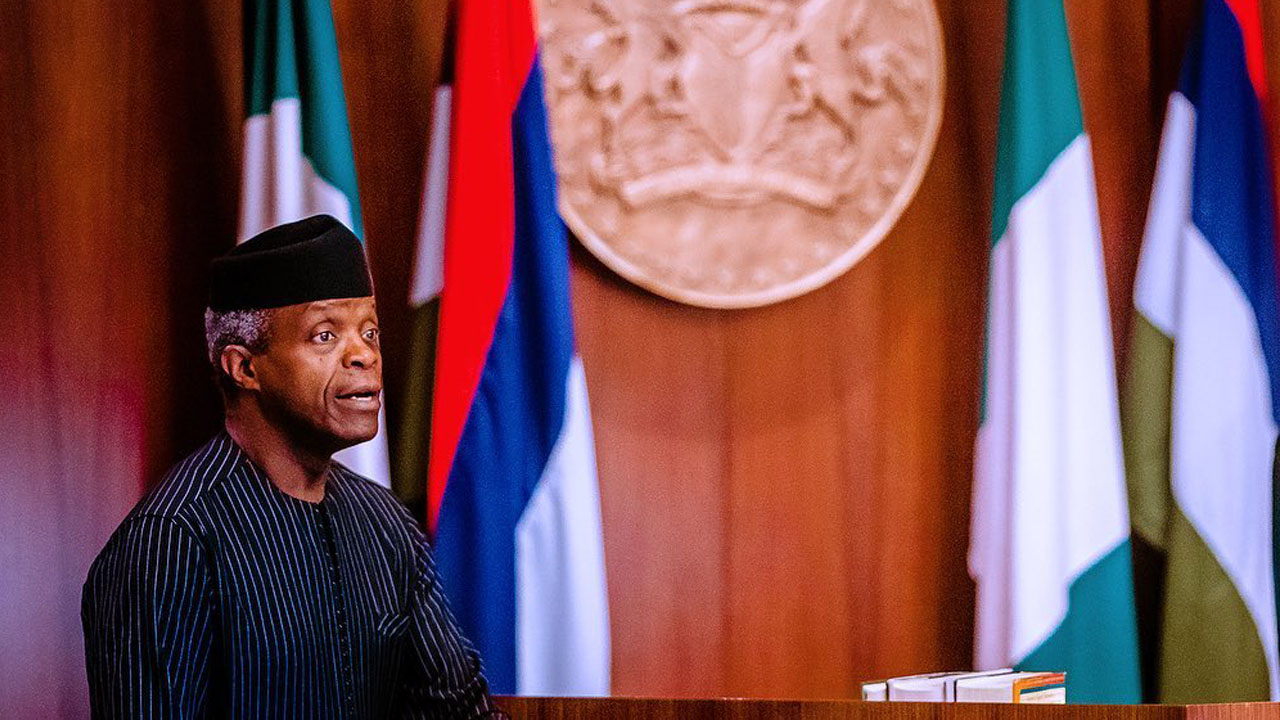 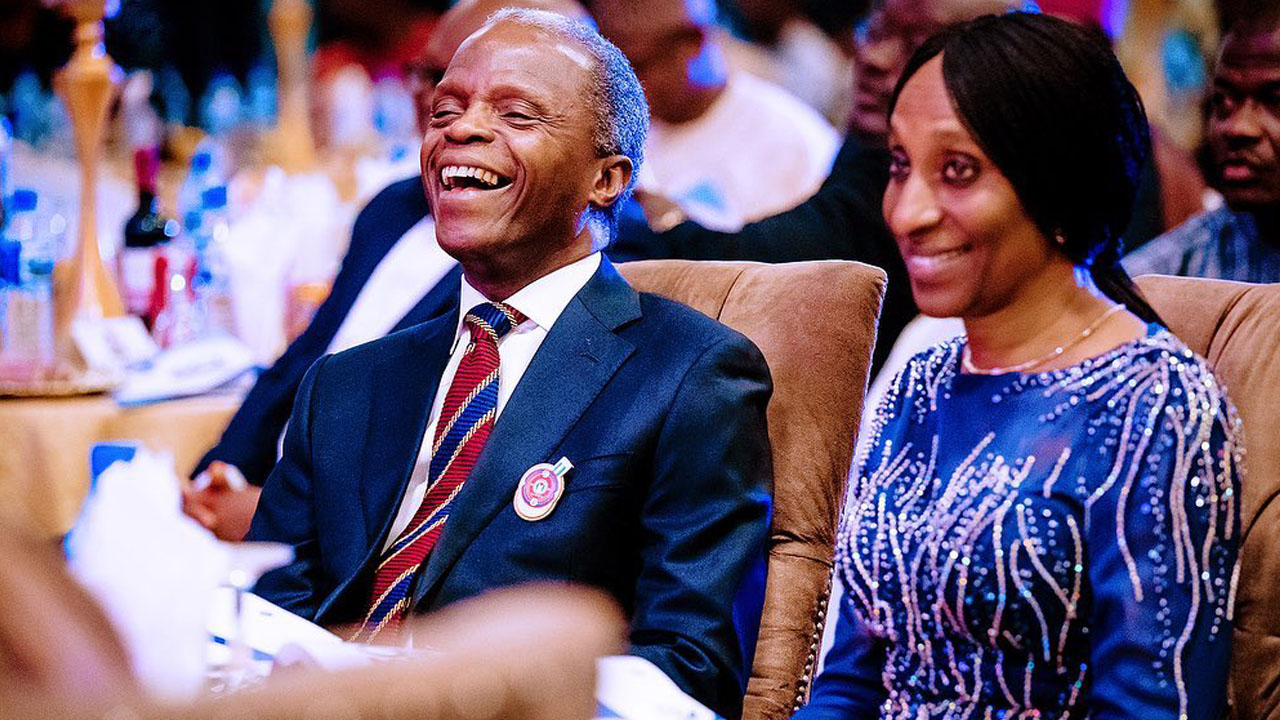 Yemi Osinbajo with his wife 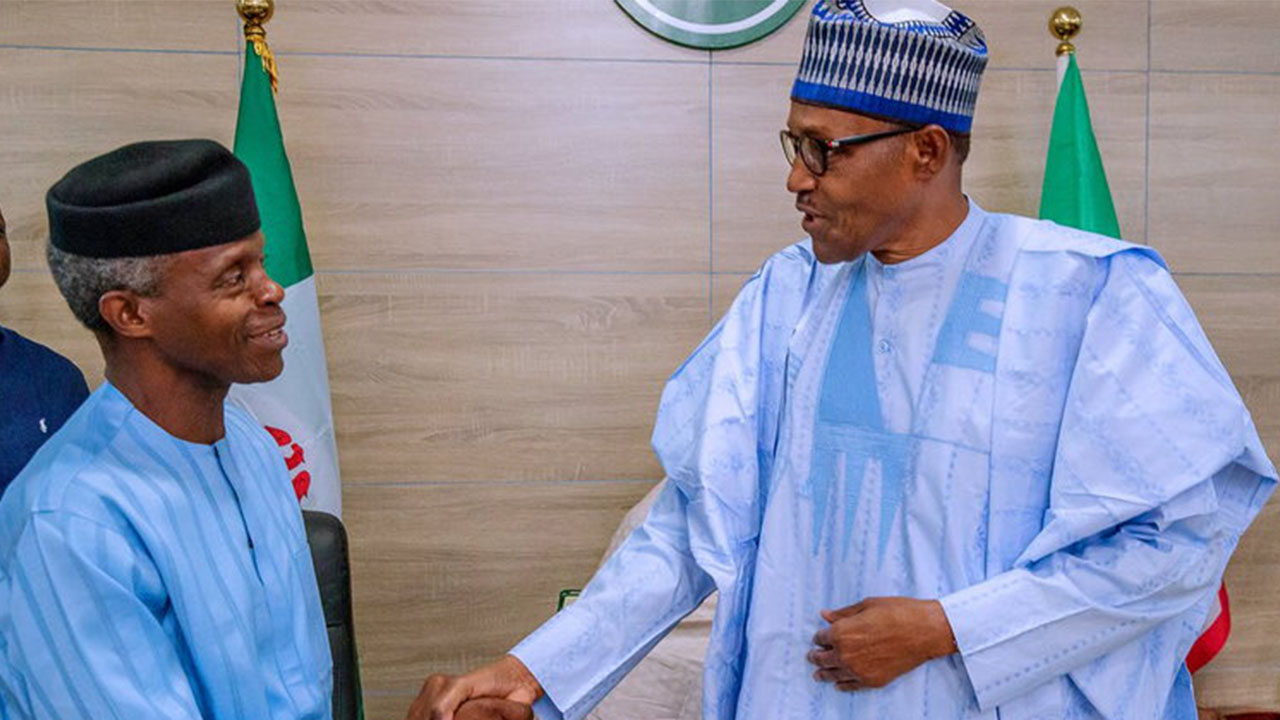 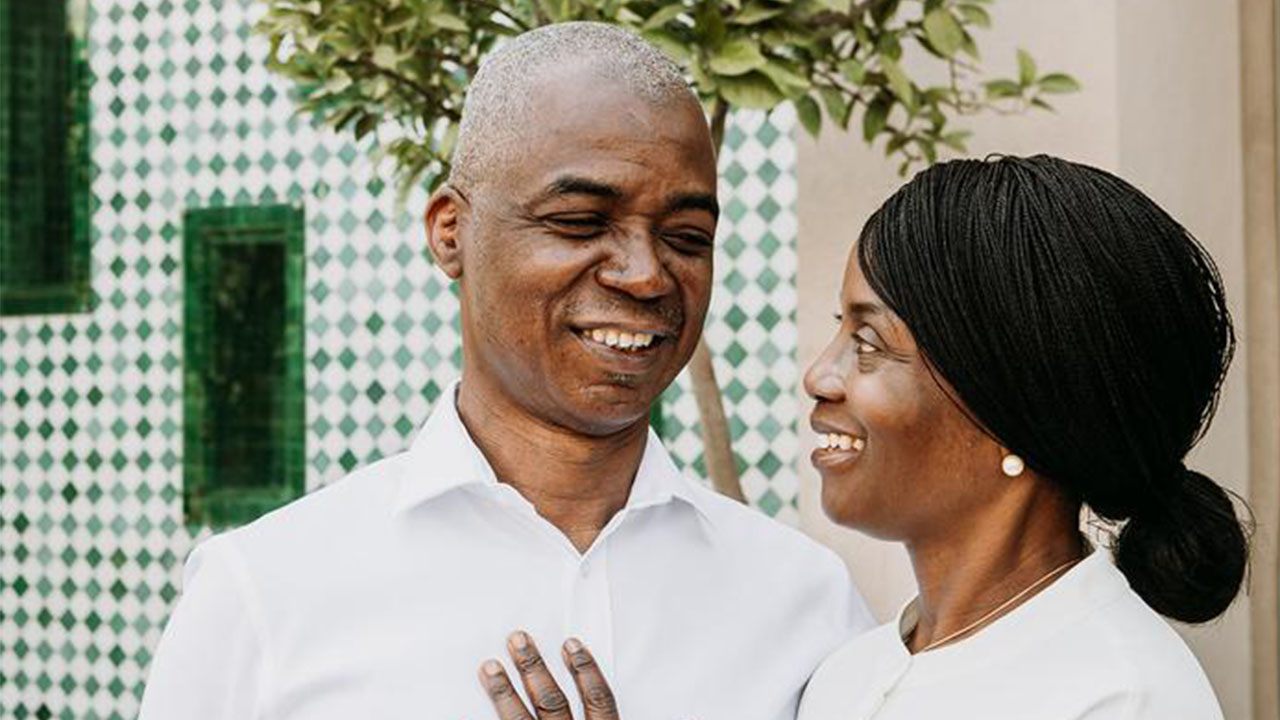 Dr Tunji Olowolafe and His Wife

Through Prof Osinbajo’s career in law, the clergy, and government, has proven the tremendous value of intelligence, godliness, and vision for personal and community development.

“Speaking of leaders and professionals to whom the next generation of Nigerians can look up, one doesn’t have to search farther than Prof Yemi Osinbajo,” says Olowolafe. “An accomplished scholar from a very young age, Prof Osinbajo has served the country in many capacities and his continued sacrifice in service of humanity at local, state, and national levels, has continued to yield touch many lives.”

Born 8 March 1957, Prof Osinbajo showed scholarly promise from a very young age. As a pupil of Igbobi College Yaba, Lagos between 1069 and 1975, he was the winner of State Merit Award (1971), School Prize for English Oratory (1972), Elias Prize for Best Performance in History (WASC, 1973), School Prize for Literature (HSC, 1975), and the African Statesman Intercollegiate Best Speaker’s Prize (1974). As a student at the University of Law, where he graduated in 1978, he also won the Graham-Douglas Prize for Commercial Law. In 1980, he obtained a Master of Laws degree from the London School of Economics.

Osinbajo, who became Nigeria’s Vice President in 2015, began his public service when he was only 23 years old when he was employed as a lecturer in the University of Lagos. From 1988 to 1992, he was an Adviser (legal advice and litigation) to the Attorney General and Minister of Justice, Bola Ajibola.

Later, from 1999 to 2007, Osinbajo was a member of the cabinet and attorney general and commissioner for Justice. From 2007 to 2013 Osinbajo returned to UNILAG as a Prof of Law, Department of Public Law, University of Lagos. He has also served as a member, United Nations Operations in Somalia, Justice Division, UNOSOM II; an member, United Nations Secretary General’s Committee of Experts on Conduct and Discipline of UN, Peacekeeping Personnel around the globe.
As the Vice President marks his 63rd birthday, it is hoped the VP would continue to serve not only Nigeria but also the entire world.

Nigeria
eNaira is digital equivalent of physical currency - CBN Official
1 hour ago
Members of the public have been advised to embrace the newly introduced eNaira which is said to be the digital equivalent of Nigeria's physical currency. The e-Naira was said to be introduced not only to preserve the nation's currency, but also to make business transaction less cumbersome. The Director of Corporate Communications of the Central…
Sport
Barcelona closing in on Xavi as B team coach Barjuan put in temporary charge
1 hour ago
Barcelona is close to finalising Xavi Hernandez's long-anticipated return as coach, according to various reports in the Catalan press on Thursday, with B team coach Sergi Barjuan put in temporary charge following the sacking of Ronald Koeman.
Sport
Businessman who organised flight that killed footballer Emiliano Sala convicted
1 hour ago
The businessman who organised the 2019 flight that killed Argentine footballer Emiliano Sala was Thursday found guilty of endangering the safety of an aircraft.
Nigeria
Ajetunmobi couple granted citizenship after 'intense examination' - Antigua and Barbuda
1 hour ago
Antiguan authorities have confirmed that the Nigerian couples who are wanted for a multibillion Naira investment scam are citizens of the country. "Both Bamise Ajetunmobi and Elizabeth Ajetunmobi were granted citizenship in April 2021 having applied under the Citizenship by Investment Programme," Antigua and Barbuda's Citizenship by Investment Unit said in a statement. Nigerian couple…
Nigeria
Aisha Buhari vows to strengthen advocacy for advancement of women, girl-child education
1 hour ago
The First Lady, Aisha Buhari, has expressed readiness to strengthen collaboration with other development partners to provide the needed support for the advancement of women and girl-child education.

Technology
A business PC designed to run anytime, anywhere
2 days ago
Choosing suitable business PCs is no longer a simple thing— gone are the days of just ordering desktops for office workers and laptops for road warriors. The new reality of work means that things may not go back to "normal" for a while—and your teams need PCs that can adapt to in-office, at-home, and offsite scenarios, or a mixture of them all. Insights gotten from a survey carried out by PWC shows that ‘the success of remote work has reinvented how corporate work gets done and where work gets done. Therefore, by design or by default, most companies are moving toward mixed workplaces, in which large numbers of office workers shift in and out of offices set up for shared spaces.

Nigeria
NNPC gets nod to fix 21 roads at N621 billion
13 hours ago
The Nigerian National Petroleum Corporation (NNPC) is to take over reconstruction of 21 federal roads across the six geopolitical zones.

Nigeria
Government, youth, private sector partnership will revive economy, says Osinbajo
14 hours ago
Vice President Yemi Osinbajo has declared that a combination of the country’s youth energy, private sector and the government will bring about the desired progress in the economy, despite the challenges besetting it.

Features
Infinix Launches Note 11 in unique style: All white beach party with extreme sports themed ‘Play Big With Infinix’
2 days ago
There was fun, smiles and extreme action at the launch of #InfinixNote11Launch9ja with @officialosas @bimboademoye @alexxekubo @neo_akpofure and selected fans live on Monday 25th October, 2021. The launch held at the Lekki Leisure private beach with live action from Quad biking, Jet skiing, and Surfing in a bid to play big and highlight the lifestyle experience of the new Infinix Note 11. The dress code was white and the ambience was pretty fitting for the whole experience with everyone gorgeously dressed and all smiles, having the time of their lives.

Features
Steer Initiative launches digital training programme teachers
3 hours ago
In 2017, a lot of Nigerians expressed their dismay over the failure of 22,000 teachers who failed the competency test conducted by the Kaduna state government for its teachers. Early in the year, the Federal Government through the Teachers Registration Council of Nigeria also announced that more than 50% of Nigeria teachers are not qualified…