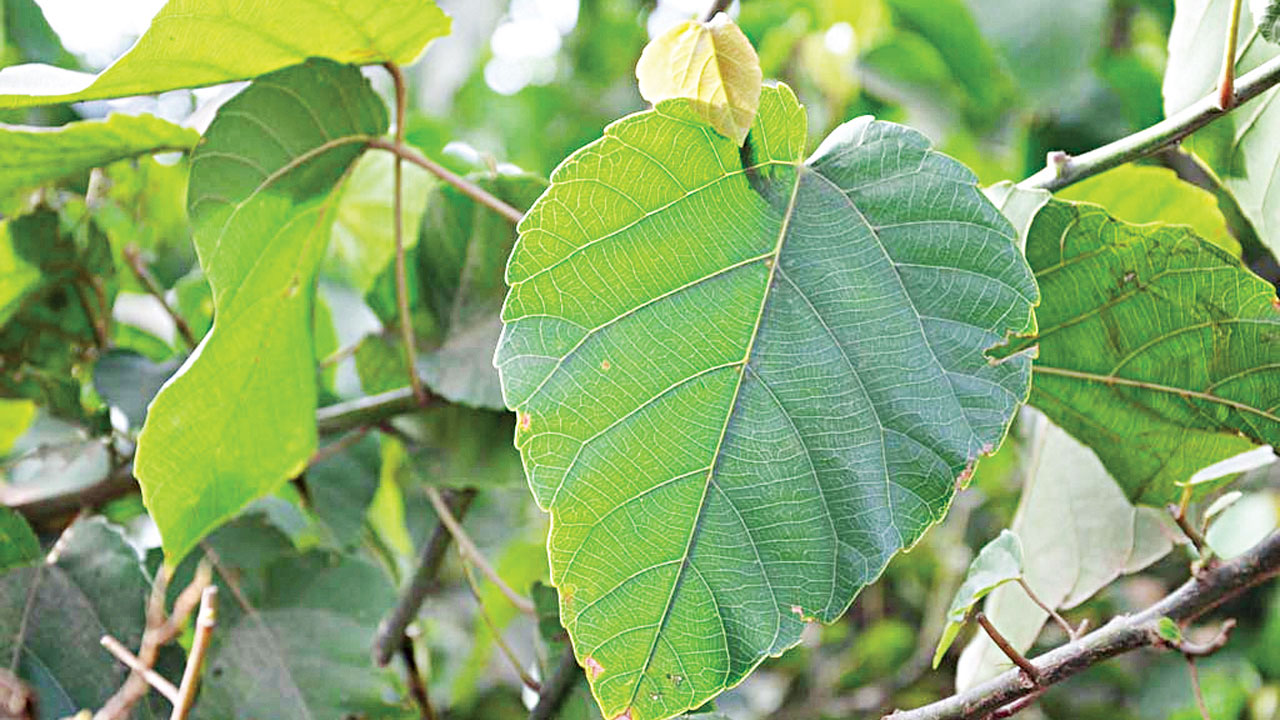 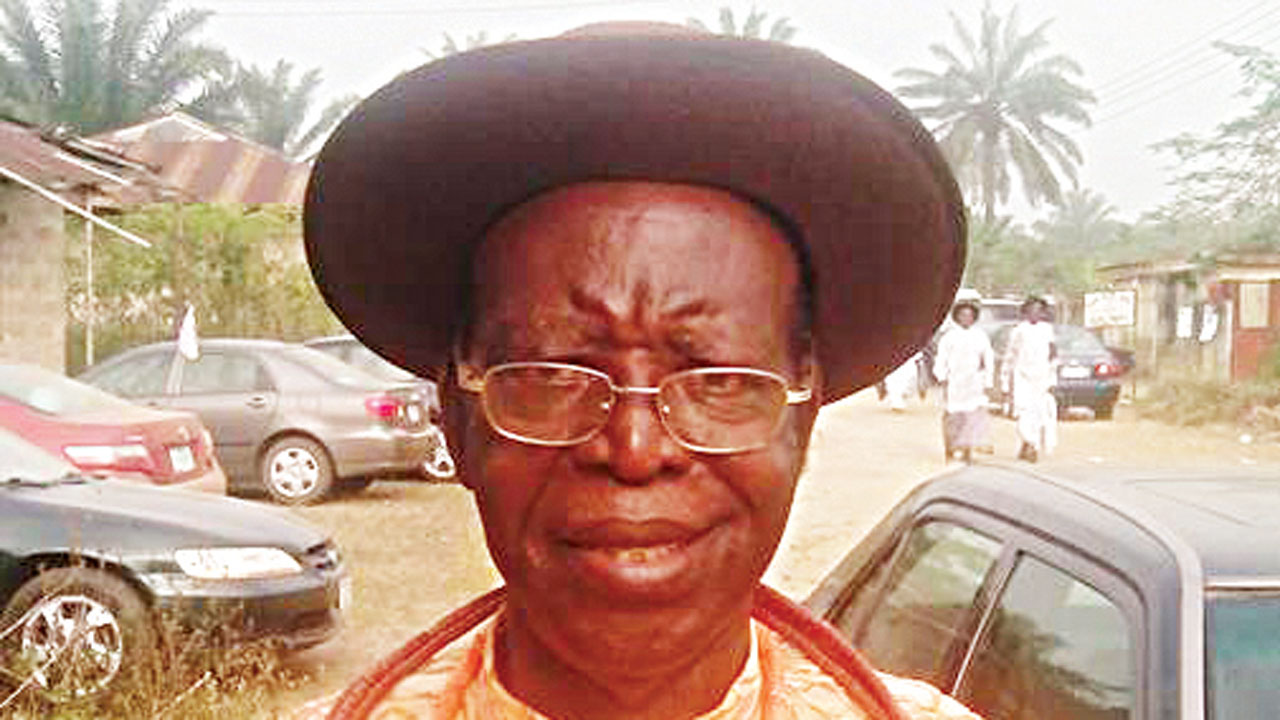 The herbal preparations were developed by Dr. Mathew O. Origbo of Supreme Ormed Option Limited, Sapele, Delta State. The late Origbo, a British-trained Surveyor, was a former president of the Nigerian Association of Chambers of Commerce, Mines and Agriculture (NACCIMA).

Procin-X, which is for prostate enlargement, comes in 200-milligram capsules. It is an herbal product manufactured from four local plants – Boerhavia spp, Seteria spp, Platosma spp and Alchornea spp.

Celloid-S is a dry powdered herbal preparation said to be used for the traditional treatment of sickle cell anaemia. Celloid‑S contains extracts from species of Alchornea (cordifolia, floribunda, laxifolia, and hirtellla).

The key local herb in both products is Alchornea cordifolia.

Botanically called Alchornea cordifolia, it is called oje in Ebira-Etuno; uwonmwe in Edo; mbom in Efik; tahi in Gwari; bambani or bombana in Hausa; ubebe or ububo in Igbo; ipain in Ijaw; ukpaoromi in Yekhee; and epa or ipan-esin in Yoruba.

Origbo had told The Guardian: “It possesses anti-inflammatory and antibiotic properties. It achieves full recovery in most cases. For men over 40 years old, it is an active preventive therapy. It makes unnecessary, dangerous and expensive surgical operations and is an effective treatment for a wide spectrum of stubborn infections.

“It is a cure for prostate enlargement and with all due respect for the medical field, this is an area where there is a still a lot of ignorance with regards to prostate enlargement. We have quite a large number of patients who come here with injured male organs arising from the inability of medical personnel to insert catheter. That tells you the level of ignorance that is in the field.”

The results of pre-clinical evaluations by researchers from the College of Medicine, University of Lagos, indicate that Celloid-S has the acclaimed antisickling ethnomedicinal use, and that haemolysis- a major mechanism-based toxicity of potential antisickling agents, and phenomenon most guided against in sickle cell sufferers- is not a problem with Celloid-S. “We therefore recommend Celloid-S for extensive clinical evaluations in humans,” the researchers led by Prof. Herbert Increase-Coker.

The study was published in Journal of Pharmaceutical Science and Pharmacy Practice.

Another study published in Journal of Clinical Sciences examined the efficacy of Procin‑X and Celloid‑S in the management of benign prostatic enlargement.

The researchers from the Department of Surgery, Section of Urology, Lagos University Teaching Hospital, Surulere, Lagos, concluded: “Procin‑X and Celloid‑S (PC) are powdered plant material products with acclaimed anti‑ Benign Prostatic Hyperplasia (BPH) properties. PC appear to be effective and in the management of the symptoms of BPH. The positive effects of PC on erectile function may however give them an advantage over the A1B and 5ARI drugs while the reduction in PSA may also give it a role in chemoprevention of prostate cancer.”

A study published in the journal International Society for Horticultural Science examined the anti-angiogenic, anti-inflammatory and anti-oxidant potential of an Alchornea cordifolia seeds. The findings support the folkloric uses of the plant against wounds, piles and cancer and therefore have implications on the quality of herbal drugs dispensed by the traditional medical practitioners (TMP) in Africa.

According to The Useful Plants of Tropical West Africa by H. M. Burkill, “the leaves are not eaten, but they are freely used in medicine. They are taken in decoctions and in baths in Ivory Coast-Upper Volta as a sedative and anti-spasmodic, for epilepsy, headaches, cough, sore throat and bronchial infections, and in eyewashes for conjunctivitis. The decoction has an action on the digestive tract and is prescribed for abdominal complaints such as dysentery, female sterility and as an emmenagogue and for venereal diseases. It is sometimes used as a febrifuge.

“The leaves are administered against tachycardia in Senegal with a related effect of dilation of the pupils. The Ijo of S Nigeria chew the leaves as an appetiser. The leaves are deemed to be cicatrisant and anodynal. Young leaves ground up with kaolin and mixed and strained are given in Ghana for infantile diarrhoea; the preparation must be made daily. In cases of dysentery the patient may squat in a bath of a diluted decoction of dried leaves of A. cordifolia and Ficus sur (Moraceae) for a quarter of an hour. A decoction of leafy twigs is applied as a wash for feverish chills, and rheumatic pains, also for sores and as an application to sore feet as a lotion or poultice. A leaf-decoction is used as a mouthwash for toothache in Nigeria and in Gabon.

“In Congo (Brazzaville) it is used for dental caries and the sap is applied topically to sores, ulcers and skin-infections. The pulverised dry leaf is also applied to ulcers and yaws, and, after previous treatment by baths or fumigation, to chancre. Powdered leaf and bark are similarly used in Sierra Leone, and the sap of leaves and fruit-juice is rubbed on the skin for ringworm. Powdered leaves are used on skin- infections generally in Ivory Coast and healing is said to be rapid. The pulped root is taken for blennorrhoea in Ivory Coast-Upper Volta and for gonorrhoea in Nigeria or in decoction as a wash for urethral discharges, and in a cold infusion of twigs and leaves with bark and root of Mitragyna inermis (Rubiaceae), natron and often with fresh lime-juice, by both men and women for the same purpose for vaginitis and metritis.

“A simple cold infusion of dried and crushed leaves is also used and is believed to be diuretic. The leaves are also held to be purgative. In S Nigeria they are boiled with castor-oil seeds for this effect. An infusion or decoction of leafy shoots, with limejuice, is supposed to act similarly. In Ghana such a preparation is given by enema. In Gabon a leaf-decoction is an emetic. In Ivory Coast the leaves are used as a haemostatic to stem prolonged menstruation, and a decoction of roots or leaves is given by vaginal application for post-partum haemorrhage.

“Young leaves are made into an haemorrhoidal suppository in Congo (Brazzaville), and powdered leaf and bark are applied to piles in Sierra Leone and are made into a wound dressing in Akwapim, Ghana, known as dudo. Twigs are used in Ivory Coast as chew-sticks against toothache and dental caries. The stem-pith is bitter and astringent. Young stems from which the leaves and cortex have been removed are commonly chewed, often with salt or natron, as a remedy for cough and sometimes for diarrhoea. The pith may also be rubbed on the chest. In Senegal it is eaten for chest-complaints and bronchitis, and if a cough is accompanied by bloody sputum, a leaf-macerate is drunk in addition, and occasionally a leaf-decoction is taken for one week as a drink and in a bath as a tonic. The pith is chewed in Liberia to relieve sore throat. The pith is also recognised as beneficial in Congo (Brazzaville) for various bronchial affections, such as whooping cough, cough, flu, bronchitis, etc.

“In Ghana root-bark with a little ginger in water and roasted corn powder is cooked with food for dysentery, or a decoction of the root with Piper guineense (Piperaceae), Xylopia sp. (Annonaceae), Aframomum sp. (Zingiberaceae) and natron (kawu) is taken. The root-pith is made into a lotion, or is chewed, for thrush and mouth ulceration, or is placed hot on a carious tooth. Along with young leaves, peppers and white clay, the root-pith is compounded into an enema said to check abortion. Though, by contrast, the leaves are eaten in Gabon as an abortifacient, and in Congo (Brazzaville) they are given as an emmenagogue and to facilitate delivery. The roots are put into various Ivorean remedies for jaundice, leprosy and snakebite, and leaves and root-bark are applied externally as a venom-antidote in Senegal. The fruit is acidulous and is supposed to have laxative properties.

“A decoction of bruised fruit is taken in Nigeria to prevent miscarriage. The fruit is considered edible in Gabon…”