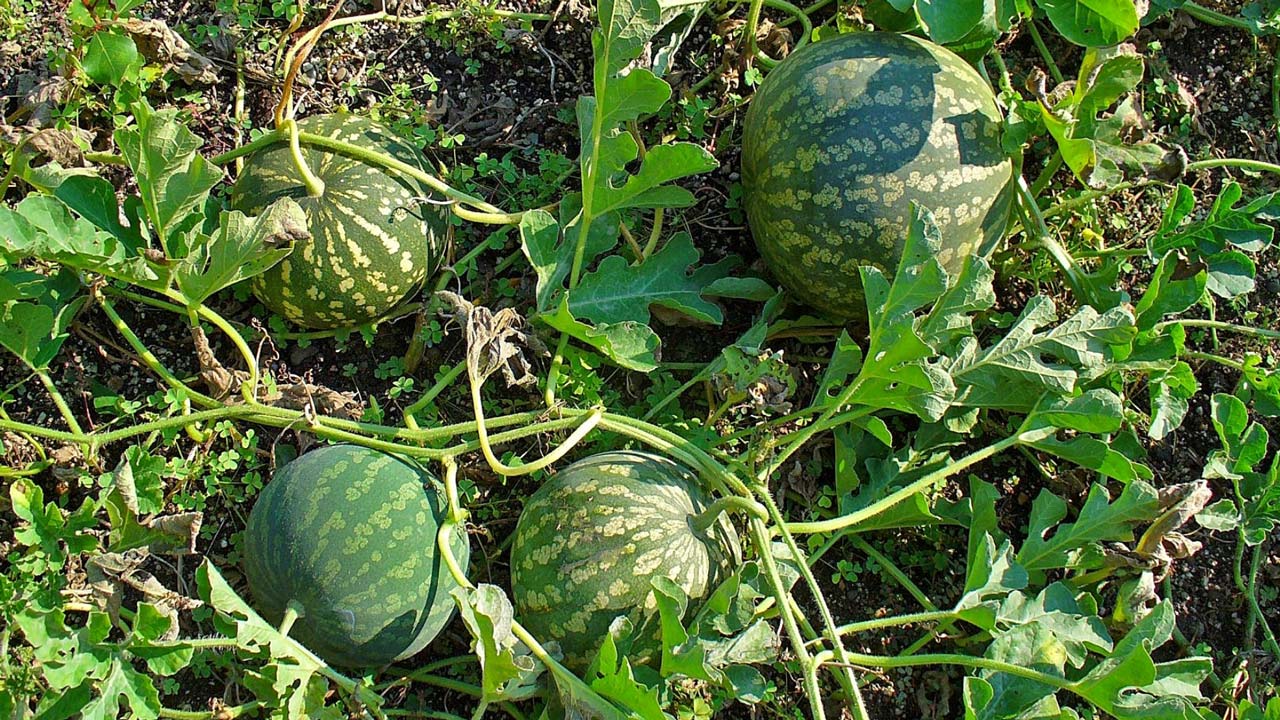 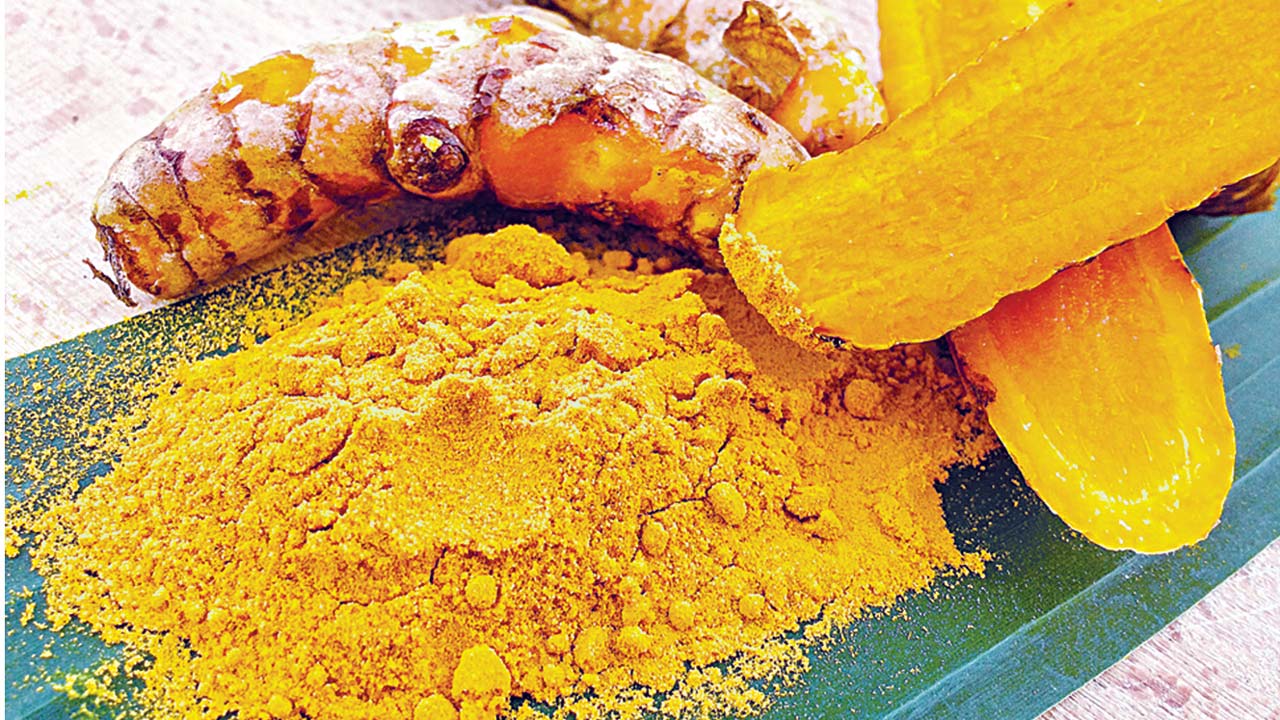 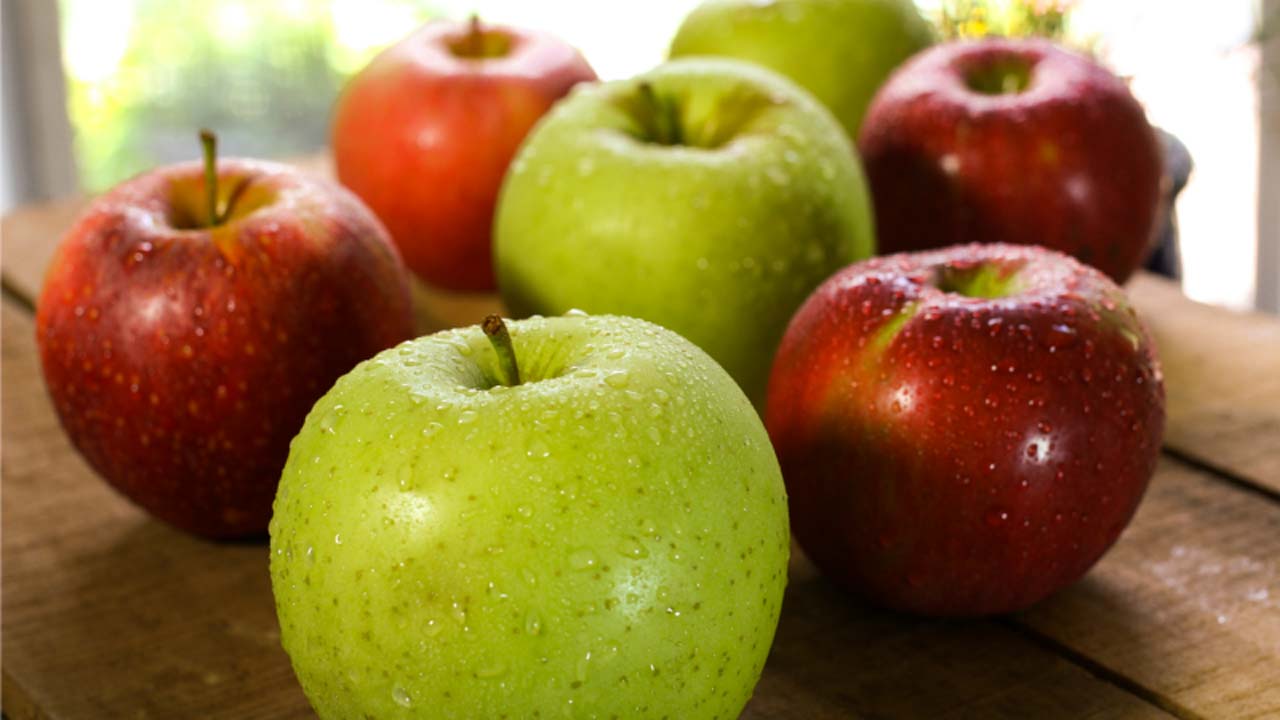 It has become as common as malaria in Nigeria. Death and morbidity in Nigeria associated with different types of cancers are on the rise. The situation has thrown up a big challenge to scientists who have become restless in efforts to find solutions.

In fact, cancer is a leading cause of illness and death worldwide. In 2015, the World Health Organization (WHO) recorded 8.8 million cancer-related deaths, but almost twice as many cases are diagnosed each year. And the WHO predict that the number of cancer diagnoses is likely to continue to increase by about 70 per cent for at least the next two decades due to growing longevity.

However, researchers from King Abdullah University of Science & Technology (KAUST), Saudi Arabia, have been searching locally for plants that have potential for use to combat cancer. Now, three plants used for traditional medicine in Saudi Arabia are shown to be worthy of further investigation for anticancer properties.

Top on the list is our dear Egusi, melon.
Seeking to expand the armory of cancer treatments, especially ones that are simple and inexpensive to manufacture, a team led by Timothy Ravasi and Christian Voolstra from KAUST has investigated the biological potential (bioactivity) of a range of plants used locally in traditional medicine.

Use of herbal medicines is common in Saudi Arabia, explained Ravasi’s PhD student, Dina Hajjar. “However, there are almost no scientific studies,” said Hajjar. “Saudi people tend to use information inherited from their families to decide about these plants without validated knowledge of their biological or chemical activity.”

The team initially investigated 52 plants before they homed in on three plants that showed promise- Juniperus phoenicea (known in herbal medicine as Arar or Phoenican juniper), Anastatica hierochuntica (known as Kaff Maryam or the Jericho rose) and Citrullus colocynthis (known as Hanzal or bitter cucumber, Egusi or melon in Nigeria).

Commonly called Egusi or melon in Nigeria, Citrullus colocynthis belongs to the species of the genus Citrullus of cucurbitaceae family, which usually consists of a large number of varieties that are generally known as melons. Egusi (Citrullus colocynthis) is among the 300 species of melon found in tropical Africa and it is cultivated for its seeds, which have been reported to be rich in oil and protein.

It has been reported to have quite a number of medicinal uses ranging from antiviral, antidiabetic, antiulcerogenic, antioxidant and hepatoprotective to antihelmintic, antimalarial, anticancer to cardio-protective properties.

The team used cell-based phenotypic profiling via imaging-based high-content screening to assess anticancer activity. This approach followed a technique developed in 2016 by Stephan Kremb and Christian Voolstra that use a comprehensive marker panel with standardized settings — an efficient process that could potentially be easily adopted by other laboratories. This meant the team compared the cytological profiles of fractions taken from the plants with a set of reference compounds with established mechanisms of action.

This enabled the team to show, for the first time, that these three plants contain potent anticancer substances — topoisomerase inhibitors, which are compounds that can block the topoisomerase enzymes that control changes in Deoxy ribonucleic Acid (DNA)/genetic material — that could be used to develop novel anticancer inhibitors.

There are many steps, however, before these compounds are properly tested and available for clinical treatments for cancer. “The active compounds identified in the study will need to be evaluated and better characterized,” said Hajjer. “Also, active compounds need to be synthesized and tested in vivo.”

This study proves the power of using imaging-based high-content screening in revealing information about the bioactivity of unknown natural resources. Hajjar added that it also highlights the opportunity for more exciting discoveries amongst the natural resources of Saudi Arabia.
Pioneering turmeric-based treatment shows early promise at killing neuroblastoma

A bizarre concoction that involves a household spice could be used to treat the childhood cancer, neuroblastoma, researchers claim.

Now researchers looking into the devastating form of childhood cancer that robbed the schoolboy of his life have made a promising finding. Loading nanoparticles with a spice found in turmeric destroys the deadly tumours, early laboratory trials suggest.

Such tiny particles, which are many times smaller than the width of a human hair, can, in theory, be swallowed – or even breathed in. The ingredient used for the trial was curcumin, which has long been shown to destroy cancer cells and touted as a potential treatment.

The findings could, if proved in further human studies, scrap the need for children to undergo gruelling chemotherapy. Such strong drugs often wreak havoc in the body of adults, and the life-saving treatment can have worse effects on youngsters.

They discovered such a combination to cause ‘substantial’ cell death in laboratory created human neuroblastoma cells. No impact was found on nearby healthy cells, often the primary goal of scientists trying to develop cancer drugs.

Lead author Dr. Tamarah Westmoreland said: “Neuroblastoma can be resistant to traditional therapy, and survival can be poor. “This research demonstrates a novel method of treating this tumour without the toxicity of aggressive therapy that can also have late effects on the patient’s health.”

Nanoparticles have already proven to be effective against melanoma, breast cancer and pancreatic cancer, researchers said. Writing in the journal Nanoscale, the researchers said the next step is to test the method on animals.

The findings come just days after the Daily Mail broke the news of a woman who has recovered from her blood cancer, called myeloma, after turning to turmeric. Dieneke Ferguson, 67, from North London, had been battling the deadly disease for five years and had little hope of beating it.

But starting a new treatment based around turmeric worked where all others had failed, she told Lois Rogers. Her recovery was so extraordinary that it recently made the pages of the British Medical Journal as a one-off case report.

Dieneke is still taking 8g of curcumin in tablet form daily — the equivalent of about two teaspoonfuls of pure powdered curcumin. As kitchen turmeric contains two per cent curcumin, it would be physically impossible to eat enough of the curry spice to get the same dose of curcumin.

She first came across the remedy via an internet support group and decided to try it because she “had nothing to lose”. Eating turmeric, red grapes, apples could help to “starve” prostate cancer cells, protect men from disease

The research was published in the journal Precision Oncology. Prostate cancer is the second most common type of cancer among males. It usually develops slowly and often produces no signs for many years.

The prostate is a small gland in the pelvis that is only in men. It helps to produce semen. Symptoms tend to appear when the gland becomes so large that it affects the tube that carries urine to the penis. This may cause an increased need to urinate, straining while urinating or feeling the bladder is not empty.

The risk increases with age and those with family members who have suffered. Previous studies have pinpointed a number of natural compounds that could reduce the risk of prostate cancer.

In this study, researchers used genetic techniques to analyse 142 natural compounds to find those that could destroy cancer cells. The chosen compounds were then tested on prostate cancer cells derived from both humans and mice.

Researchers found three compounds were most effective at killing off tumour cells. “After screening a natural compound library, we developed an unbiased look at combinations of nutrients that have a better effect on prostate cancer than existing drugs,” said Stefano Tiziani, assistant professor in the Department of Nutritional Sciences at the University of Texas, United States (U.S.).

How do the ingredients kill prostate cancer? The three compounds were then tested in mice with induced prostate cancer. Scientists found that when ursolic acid was combined with either of the other compounds, tumours began to shrink.

This is because the natural compounds prevent cancer cells from taking up glutamine, an amino acid that is essential to tumour growth. And the naturally-occurring compounds did not have any toxic effects on the mice, the researchers said.

But the researchers warned that the concentrations of the ingredients used in the study were much higher than what is normally consumed through diet.

“These nutrients have potential anti-cancer properties and are readily available,” said Tiziani.

“We only need to increase concentration beyond levels found in a healthy diet for an effect on prostate cancer cells.”

Nigeria
Ofem withdraws from senatorial race
3 mins ago
Senatorial aspirant in Cross River State in the 2023 general election, Thomas Ofem, has withdrawn from the race. He was contesting on the platform of the Peoples Democratic Party (PDP) to represent Cross River Central Senatorial District.
Opinion
New thinking in public service and administration
3 mins ago
The Fourth Industrial Revolution has already become definitive of the twenty-first century, and the Nigerian civil service system cannot afford to keep struggling to key into the fundamentals of a new age that has transformed human sensibilities and ethos in many radical ways, from the way we work to the ways we organize our lives and existence.
Sport
Buffaloes, Rima, others in good start at Prudent Energy handball tourney
3 mins ago
Kano Pillars, Benue Buffaloes, Confluence Stars, Rima Queens and Safety Babes all recorded victories in their opening fixtures at the ongoing Prudent Energy Handball Premier League Phase One holding at the Moshood Abiola National Stadium, Abuja.
Nigeria
Why I quit Senate race, by Adamawa ex-gov Barka picks PDP’s Reps ticket
10 mins ago
Former Governor of Adamawa State, Boni Haruna, has disclosed that he called it quits in the race for Adamawa North senatorial seat due to lack of credible primaries.
Opinion
Generational wealth and legacy transfer - Part 4
10 mins ago
If the intestate leaves no husband or wife the residuary estate will be held for the issue of the intestate, that is the children. The problem here always is when the children are still minors, it is always a challenge to determine who manages on their behalf in the absence of their biological parents.

Health
Danger! This smoothie won’t cure diabetes – and could make it worse
4 Nov 2021
“Cure for diabetes and helps you lose 11 kilos in 25 days,” reads text on a video showing a smoothie recipe, posted on Facebook. The smoothie is made by blending two bananas, five kiwis, two apples with their skin, one “coat” of cabbage and half a litre of water together. The video advises that the…

Opinion
Uncomfortable safety
10 Nov 2021
It was the German propagandist, Josef Geobbels who asserted that telling a lie a thousand times and it becomes the truth. Over the years, such has become a tradition in Nigeria’s politics.

Saturday Magazine
Gardening without soil
13 Nov 2021
As surprising as it might sound, at some point in time, you and I have indulged and probably still do indulge in the practice of a soil-less culture of plants without even realizing it