The fight against female genital mutilation

By Yemisi Adegoke
Share on Facebook Share on Twitter Share on WhatsApp Share on Telegram
Twenty million Nigerian girls are estimated to have undergone Female Genital Mutilation and Cutting (FGMC). In Osun state where prevalence is highest, more than 90% of girls are cut before the age of five, some as early as 8 days old. On this International Day of zero tolerance for Female Genital Mutilation, The Guardian, with…

Twenty million Nigerian girls are estimated to have undergone Female Genital Mutilation and Cutting (FGMC). In Osun state where prevalence is highest, more than 90% of girls are cut before the age of five, some as early as 8 days old. On this International Day of zero tolerance for Female Genital Mutilation, The Guardian, with Code For Africa’s support, provides a peek at this scourge, as part of an elaborate feature which will be published next week.

It started off as just another day of clinical rounds at Ladoke Akintola University.

Costly Aderibigbe was 24 then, she was in her 3rd year of studying Medicine and excited about transitioning from pre-clinical to clinical wings.

That day in the clinic, she saw woman after woman battling complications of female genital mutilation (FGM). She felt sorry for them as she observed them struggle through obstructed labours and the loss of their children, and wondered why people would do such things to the people they loved. 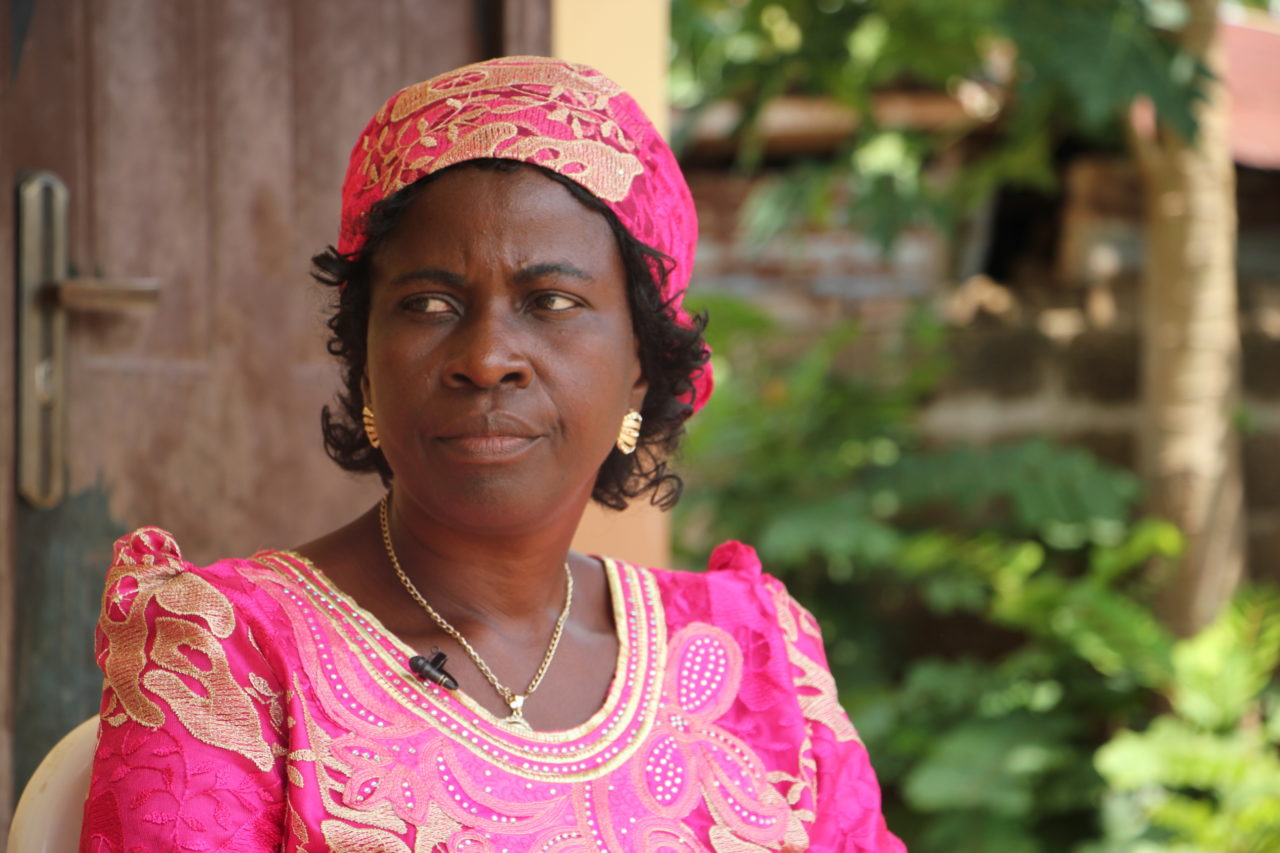 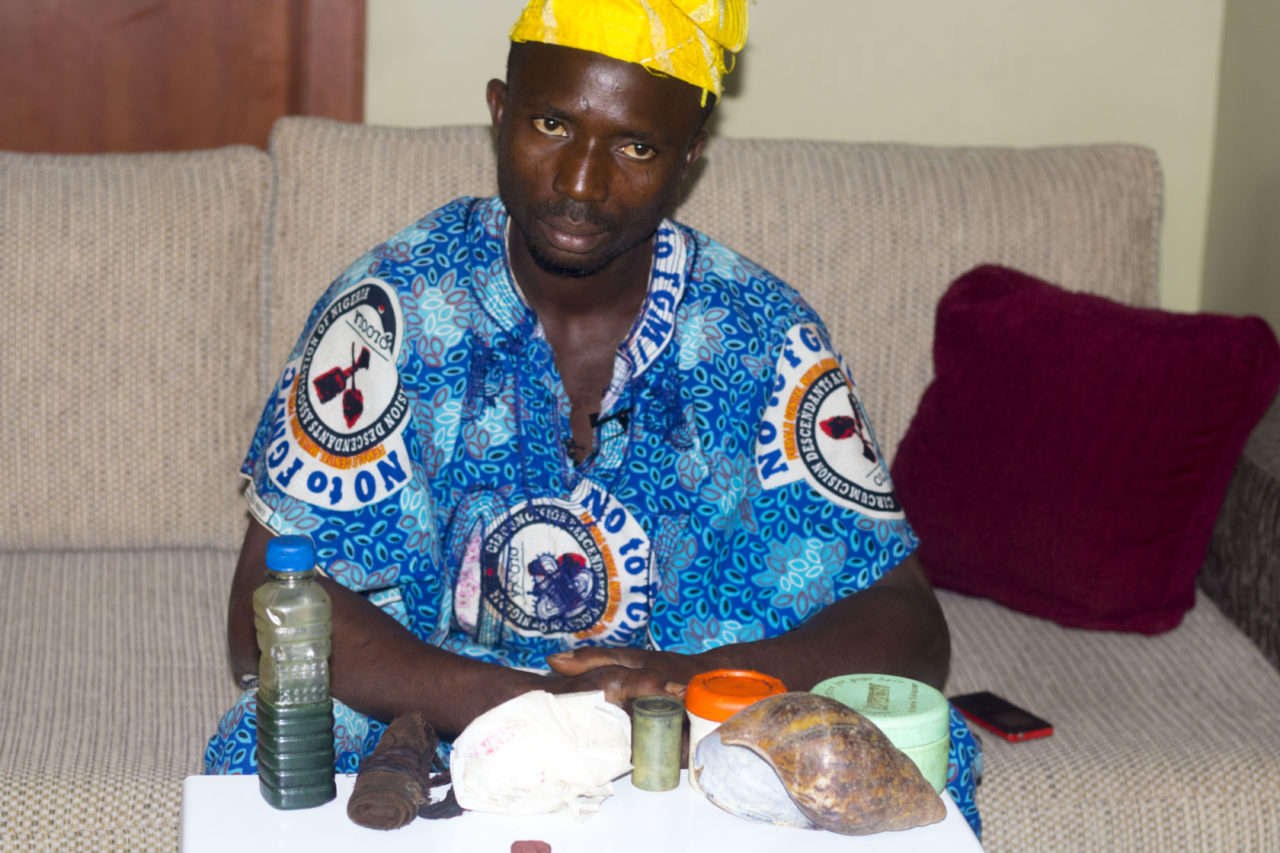 Muideen Sodiq, a former cutter and his tools

Intrigued, she decided to do more research about the issue and was surprised to discover that Osun state had the highest prevalence rate of FGM in the country. Her curiosity quickly turned into concern. She was an Osun state indigene, born and raised. Most women in Osun were cut as babies and usually didn’t find out until they were much older. ‘Could I have been cut too?’ she wondered.

Rather than let the idea fester in her mind, she went back home to speak to her parents.

The facts
FGM is defined by the World Health Organization (WHO) as ‘all procedures that involve partial or total removal of the external female genitalia or other injuries to the female genital organs for non-medical reasons.’ All types of FGM have both long term and short-term complications.

In Nigeria, Imo, Ebonyi, Oyo and Ekiti all have high prevalence rates of FGM even though President Jonathan banned the practice. In Osun state, however, despite a 2004 state ban, 76.6% of women and girls are undergoing the cut, according to the 2013 Demographic and Health survey [DHS].

The cutters
Muideen Sodiq worked as an oloola as did his father and his father before him. Oloola literally translates ‘the owner of marks’ or ‘mark cutter’ and refers to culture custodians who cut – tribal marks or genitals, male or female. He started helping with cutting girls and boys when he was five years old and has cut about 300 girls since. At some point was cutting up to seven girls a day, but he said he’s now stopped.

The Survivors
Decades earlier, mother-to-be Esther Ojo was at her doctor’s office trying to get to the bottom of the strange pains she’d been experiencing during her pregnancy.

This was Esther’s first child, but she knew something wasn’t right. Sometimes she’d feel sharp pains in her womb, as though she would give birth immediately’ other times it felt as though her womb was empty.

Then there was the strange discharge from her vagina, where was it coming from? What did it mean? She was confused and even started questioning her husband’s fidelity. She eventually lost the baby.

Esther and Costly are part of the estimated 20 million who have undergone FGMC.

Nigeria
COVID-19: NCDC reports 107 new infections in 7 states, FCT
NOW
The Nigeria Centre for Disease Control(NCDC), has reported 107 additional COVID-19 infections across seven states of the federation and the Federal Capital Territory (FCT).
Features
Finance made sweeter
4 mins ago
Innovation in the financial sector is moving at an unbelievable speed. Every minute, there’s a new idea to build and every dawn, there’s a new financial solution that opens up the world to greater possibilities. Despite this innovative boom, there is an urgent call to drive socio-economic transformation by designing financial solutions that are equally accessible to everyone and anyone.
Sport
Eight Tottenham players test positive for coronavirus: Conte
21 mins ago
Tottenham manager Antonio Conte said on Wednesday that eight players and five members of staff had tested positive for coronavirus and he expected more confirmed cases.
Nigeria
Nigeria says it got COVID-19 vaccines with expiring shelf life
33 mins ago
Minister of Health, Dr Osagie Ehanire has reacted to media reports alleging that about 1 million doses of AstraZeneca COVID-19 vaccine expired in Nigeria last month.
Nigeria
NEMA receives 180 stranded Nigerians from Libya
39 mins ago
The National Emergency Management Agency (NEMA) said it had received 180 more Nigerian returnees from Libya through the Murtala Muhammed International Airport, Lagos.

Nigeria
Police arrests Oduduwa University founder Adedoyin over student's death
17 Nov
The Osun State Police Command has arrested Dr Ramon Adedoyin, the founder of Oduduwa University and the Polytechnic, Ile-Ife, over the death of Timothy Adegoke, a master’s degree student of Obafemi Awolowo University (OAU). Adedoyin is also the chairman of Hilton Hotels, Ile-Ife. Reports said Adegoke was in Ile-Ife from Abuja to sit for his…

Features
‘Stop posting corps members without education degrees to schools’
18 Nov
The Old Students Association of Methodist High School, Ilesa, Osun State, has called for a review of the National Youth Service Corps (NYSC) saying the scheme has derailed from its essence.

Guardian Woman
Bisola Adeyemi: Every school should have a sanitary pad bank
20 Nov
In 2014, people started celebrating Menstrual Hygiene Day to spread awareness about the importance of good menstrual hygiene. It is celebrated on May 28 and the date represents the standard menstrual

News Feature
Christmas: Families draw alternative plans as hard times bite
20 Nov
Many Nigerians received the news of the drop in the nation’s inflation rate in October 2021 to 15.99 per cent from 16.63 per cent recorded in September with a pinch of salt last Monday. Although the rate has continued to decline in the past seven months after hitting 18.17 per cent in March 2021, Nigerians…

Real Estate
Shonubi becomes NIQS president, pledges to enthrone best practices
22 Nov
The Nigerian Institute of Quantity Surveyors (NIQS) has elected Mr. Michael Shonubi as its new president. While assuming office, he promised to entrench best practices in the administrative and governance structure of the institute.