Government bonds in Nigeria : The debt sustainability dilemma in the light of the COVID-19 pandemic
16 Jul  Issues

Where are the African philanthropists? A case for local funding for nonprofits in Africa
21 Jul  Issues
1 of 10 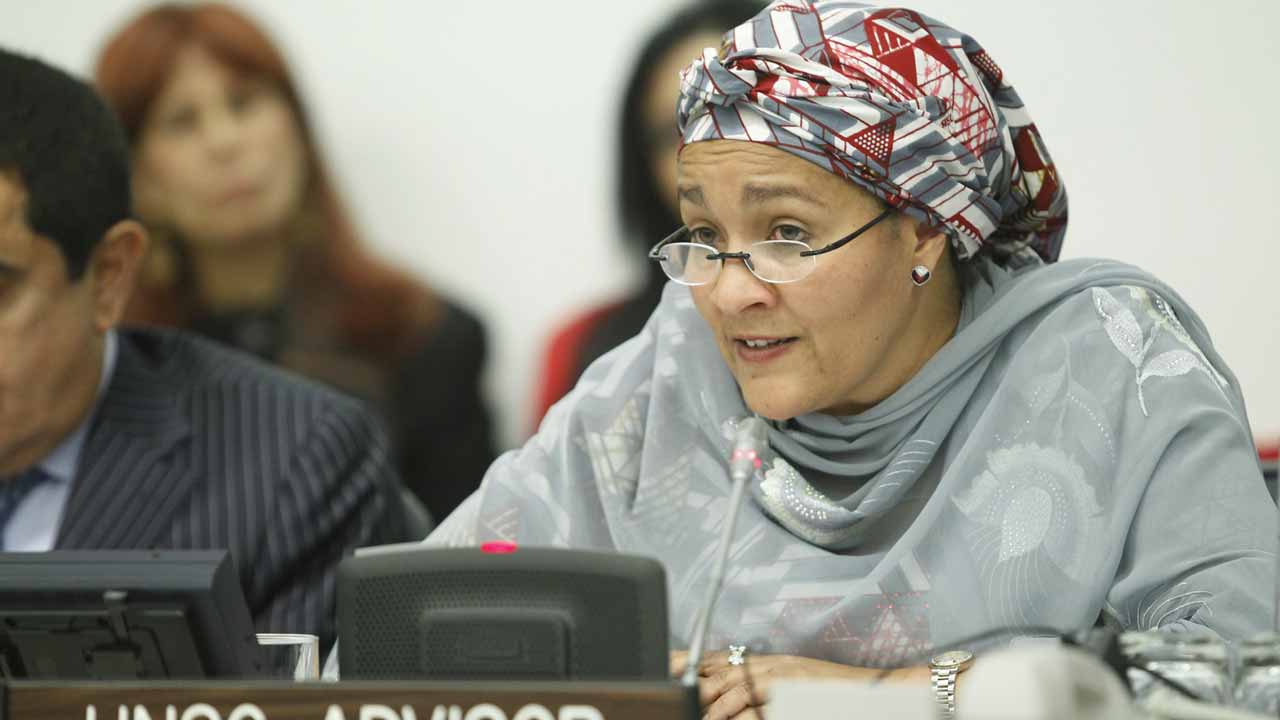 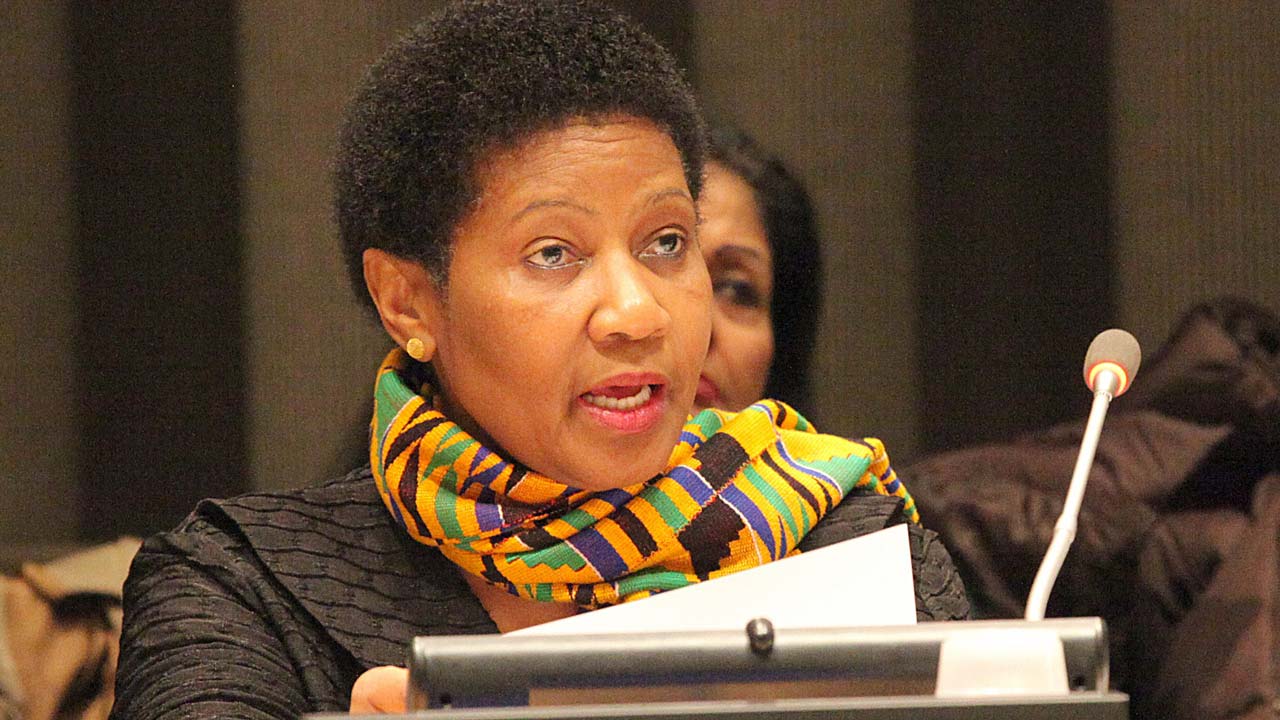 Activities marking this year’s International Women’s Day would not have ended without the 61st Session of the Commission on the Status of Women. The Session, which held at the United Nations Headquarters in New York, United States of America, was said to have witnessed an unprecedented gathering of women, gender activists and civil society groups, whose common goal was gender equality and empowerment of women and girls.

In view of perceived relegated economic position of women, the Session had chosen as theme, Women’s Economic Empowerment in the Changing World of Work. The world has, during the session, reaffirmed that the full and effective implementation of the Beijing Platform for Action – which emphasised eradication of all forms of discrimination against women, remained paramount in achieving sustainable development and other   internationally agreed goals that seek to promote gender equality and the empowerment of women.

As expected, Nigeria and indeed, Africa, was fully represented by government officials, human rights activists as well as representatives of civil society groups. In her opening statement, the United Nations Under Secretary-General and Executive Director of UN Women, Phumzile Mlambo-Ngcuka, stated that to break poverty cycle, women’s economic success must be taken into consideration.

She said the Session was to review the progress made by women and girls, as well as assess the remaining challenges confronting the feminine gender. According to her, the degree of progress made would serve as barometer for measuring implementation of the 2030 Agenda for Sustainable Development Goals.

She however admitted that while some milestones may have been achieved in the struggle towards gender equality, a lot was required in the area of positive development for the women.

“In this session, the Commission brings renewed focus to the needs of those currently left behind including young women, women affected by gender-based violence, including workplace sexual harassment, women in the informal workforce and care givers.”

For the chairman of the Commission on the Status of Women, Mr. Antonio de Aguiar Patriota, realizing gender equality and the empowerment of all women and girls is a universal task, a common challenge that needs to be addressed in all corners of the world and by all stakeholders.

“It is a challenge that needs to be addressed with clarity of purpose”, he stated. He added that the theme of the Session was highly pertinent given the rapid changes in labour markets and work places around the world.

He regreted that in some workplaces, women are paid less than men while their labour force participation lagged behind. “Women and girls carry an undue burden of unpaid domestic and care work”, he said.

In her presentation, Nigerian representative and Minister for Women Affairs and Youths Development, Aisha Jummai Alhassan, first commended the United Nations Secretary-General for the recent  appointment of Nigeria’s Amina Mohammed as the UN Deputy Secretary-General.

Giving the national angle to the issue at stake, she told the world body that Nigeria has scaled up its legislation on gender equality by pushing for the enactment of the  Gender and Equal Opportunity Bill,  the   process of which she said, has gone beyond the second reading at the parliament.

The bill, when finally passed into law, the Minister said, would enable women whose rights to descent work are infringed upon to seek legal redress and be adequately remedied.

“In 2016, government launched the National Gender Policy  to facilitate the attainment of Agenda 2030 of the Sustainable Development Goals (SDGs). “Its key objectives are to  bridge   gender   gaps,   explore   and   fully harness   women’s   human   capital   assets   as   a driver   for   national   development   through women’s   economic  empowerment  and   ensure decent work for women as contained in thet theme of the Session”, she stated.

She stated further that in the country’s determination to put the issues of women at the front burner and demonstrate commitment to the Beijing Declaration, several women are currently occupying top   political and managerial positions in the country.

“Our National Development programme has encompassed our social intervention projects that have direct positive bearing on the lives of
the women populace.”

The Minister took time to list some of the interventions put in place by the government towards improving the socio-economic lives of women. However, on the financial implications of boosting women’s empowerment, the Minister decried that Nigeria’s current economic landscape revealed that women own less   capital   and   productive   resources   than their male counterparts.

“They access  less  than  12 per cent of  credit facility in the financial sector. As a matter of fact, among the total beneficiaries of $698 million fund created by government to ginger the growth of Small and Medium Scale Enterprises in the country, only five per cent out of the 60 beneficiaries are women.

“More disturbing is the  fact that in many African countries, including   Nigeria, progress towards inclusive development has been evidently   slow while  the  available  drivers  of inclusion are too limited to meet the needs of the poorest population, especially women.

“Therefore,  if  we  are  to  accelerate  transition towards more sustainable and equitable growth in line with the SDG Agenda 2030 objectives of leaving no one behind, it is critical to integrate women into national development and decision making process, especially in the core economic sectors and the finance industry.”

She added despite previous interventions in Nigeria, women still constitute a huge proportion of the population living in poverty. Women and girls face different forms of legal, social, cultural and economic challenges across the country.

“Theys till contend with stiff barriers like   double txation and are often locked out of economic opportunities which should empower them and help to build vibrant communities.

“Social perceptions, stereotypes and biases often limit women’s ability to reach the very top of the corporate ladder. These economic  constraints have prevented women from gaining access to adequate financing for their businesses, thus, curtailing their potentials and   economic prowess”, she said.

And moving further to the continental level, the Minister said Africa’s focus remained efforts towards actualising an all inclusive development. The Minister, who also spoke for African group at the Session, noted that to implement a cardinal goal in Agenda 2061- the Africa we want,  is to build an Africa, whose development is people-driven,  relying  on  the potentials  of  African people, especially its women, youth and children.

“The African group also recognized the importance of transformational and  structural changes to achieving decent work, including full and productive employment for women.
The Minister therefore on behalf of the group, canvassed the establishment of a conducive macro economic and labour market policy environment to eliminate structural barriers, create decent jobs with equal pay for equal work for both male and female gender.

“In that regard, we should strengthen programmes on early childhood development (ECD); primary, secondary, tertiary, vocational and technical education with emphasis on science, technology, engineering and mathematics (STEM) for girls and young women.”

These measures, she said, aimed at enhancing women’s access to   ownership and control over productive resources and assets. “One of the utmost investments that countries can make to lift women from poverty and empower them economically is  strengthening   education, training and skills development to enable them to respond to   new opportunities and create decent work for all women.”

As part of the measures to address the issues enumerated above, the Minister stated that to expand women’s economic empowerment, initial approval has been granted for a $250 million World Bank project called Strengthening Women Economic Empowerment Programme (SWEEP) to boost government’s financial inclusion programme for grassroot women in Nigeria.

“The African Development Bank, on its part, is setting aside the sum $5 Million out of the $13 million economic growth stimulation project in Nigeria for women. “UN Women has also supported the Ministry with the training of 600 women, who suffered various forms of violence as result of the insurgency in the North East,  on skills and techniques needed to access loans from the National Women Empowerment Fund (NAWEF).

To buttress the position of the Minister, the representative of BOI, Toyin Adeniji, said the bank has rolled out a women focused micro credit social intervention programme mainly for market women, artisans, enterprising youth and small scale farmers.

“Out of 1.6 million beneficiaries BOI aims to have, we expect to have 1million women beneficiaries. In 2015, N140 billion naira was budgeted for this programme and the first phase of funding started towards the end of 2016”, he said.

With the listed intervention, it is hoped that in no distant time, Nigerian women would begin to take their rightful positions among the comity of nations. As part of the side attractions, a dinner was hosted by Nigerian delegation in honour of Amina Mohammed for her recent appointment.