Newlyweds Prince Harry and Meghan thanked everyone who took part in the celebrations of their wedding on Saturday, as their Kensington Palace residence published three official wedding photographs.

“The Duke and Duchess of Sussex would like to thank everyone who took part in the celebrations of their wedding on Saturday,” the palace said in a statement.

“They feel so lucky to have been able to share their day with all those gathered in Windsor and also all those who watched the wedding on television across the UK, Commonwealth, and around the world,” it said.

Some 100,000 people came for the ceremony in Windsor, west of London and it was watched live globally, including by 29 million people in the US alone.

The two said they were “delighted” with the official portraits taken by Alexi Lubomirski and thanked the public for their “generous members of support”.

One photo shows the couple with Harry’s grandmother Queen Elizabeth II, her husband Prince Philip, and their son Prince Charles, the heir to the throne.

In another, the newlyweds pose with all the page boys and bridesmaids who took part in the wedding, including Prince George, who is third in line to the throne.

The third shows the couple alone in black and white. 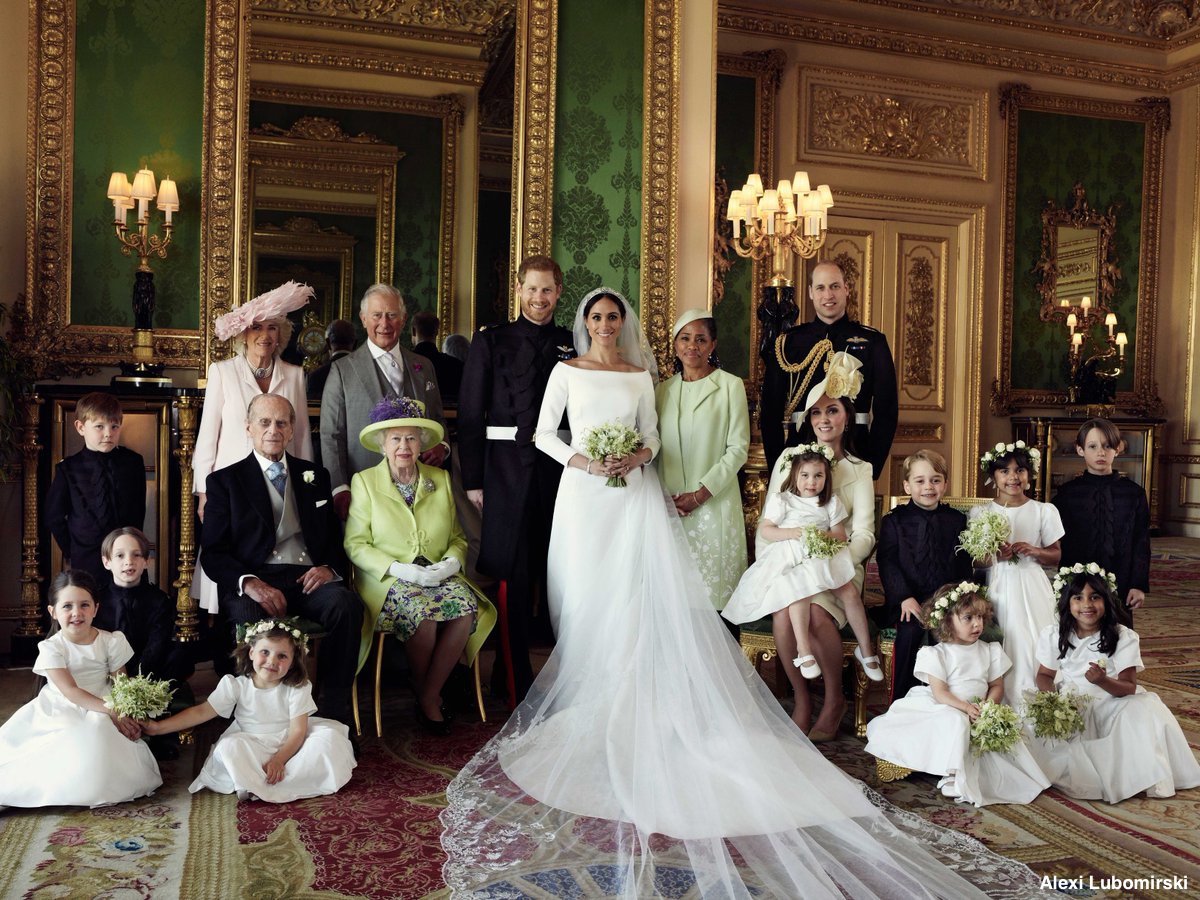 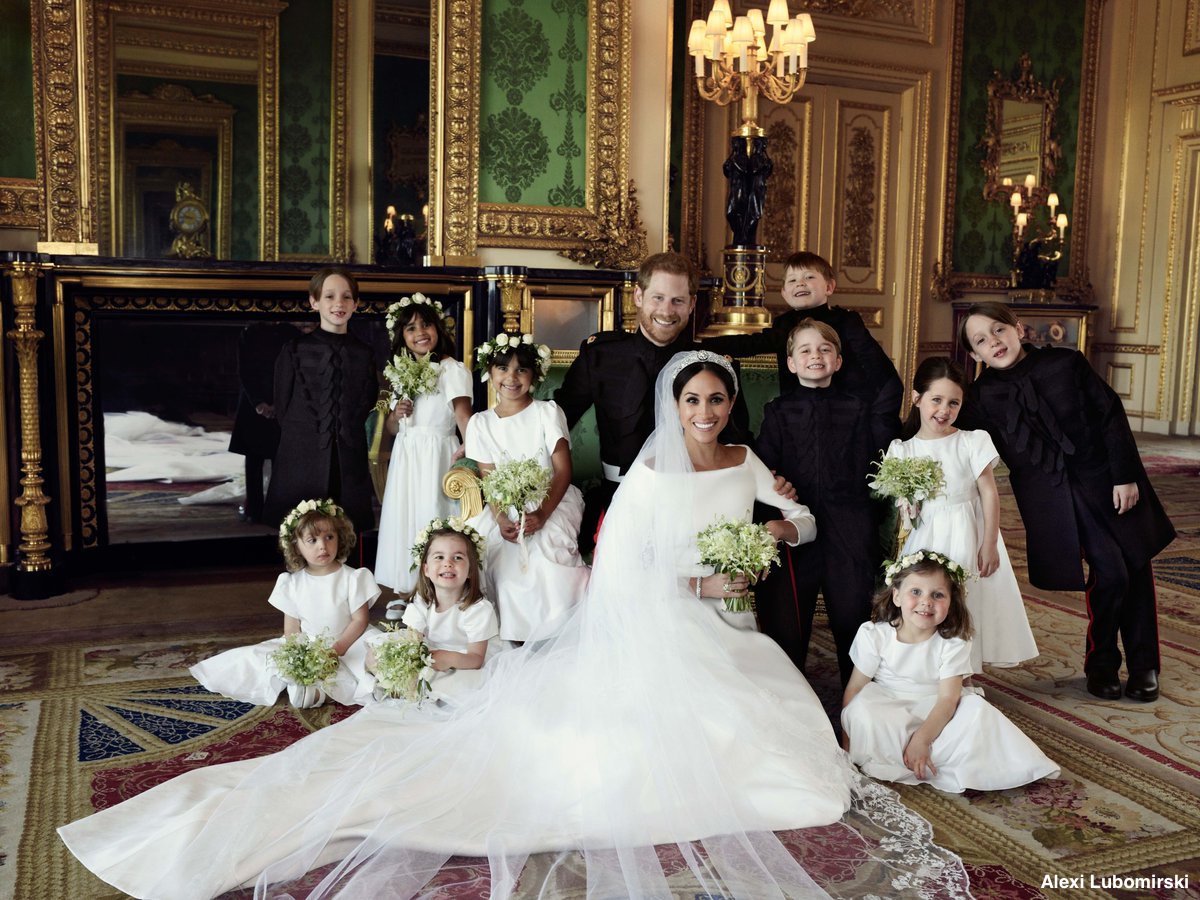 Prince Harry and Meghan With The Page Boys and Little Bridesmaid 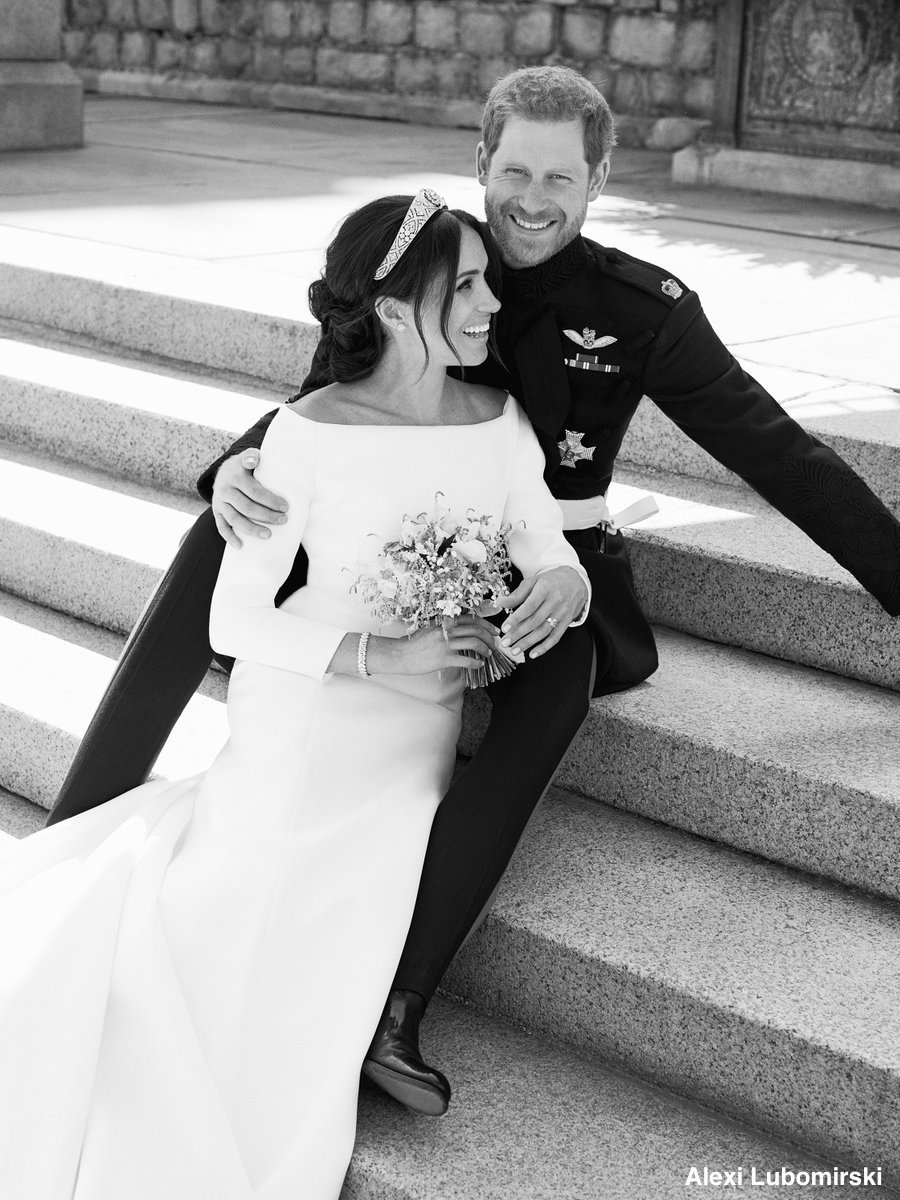 As a member of the royal family, Meghan now has her own page on the official royal.uk website which carries a short biography focusing on her support for social justice and women’s empowerment causes.

“I am proud to be a woman and a feminist,” Meghan, now the Duchess of Sussex, said on the site.

The description prompted press speculation that Meghan may challenge the royal family’s tradition of not getting involved in politically sensitive subjects.

The Daily Mail said Meghan would “take the royals in a striking new direction” but also voiced caution.

“She must be careful that her enthusiasm for these causes doesn’t allow her to be pulled into the political fray. To survive, the monarchy must remain scrupulously neutral,” it said in an editorial.