Nigeria to receive another 3.92million doses of Oxford AstraZeneca vaccine
3 hours ago  Nigeria

China carrying out 'slow genocide' of Uyghurs in Xinjiang: Report
3 hours ago  World

For Putin, Biden summit is all about respect
2 hours ago  World
1 of 10 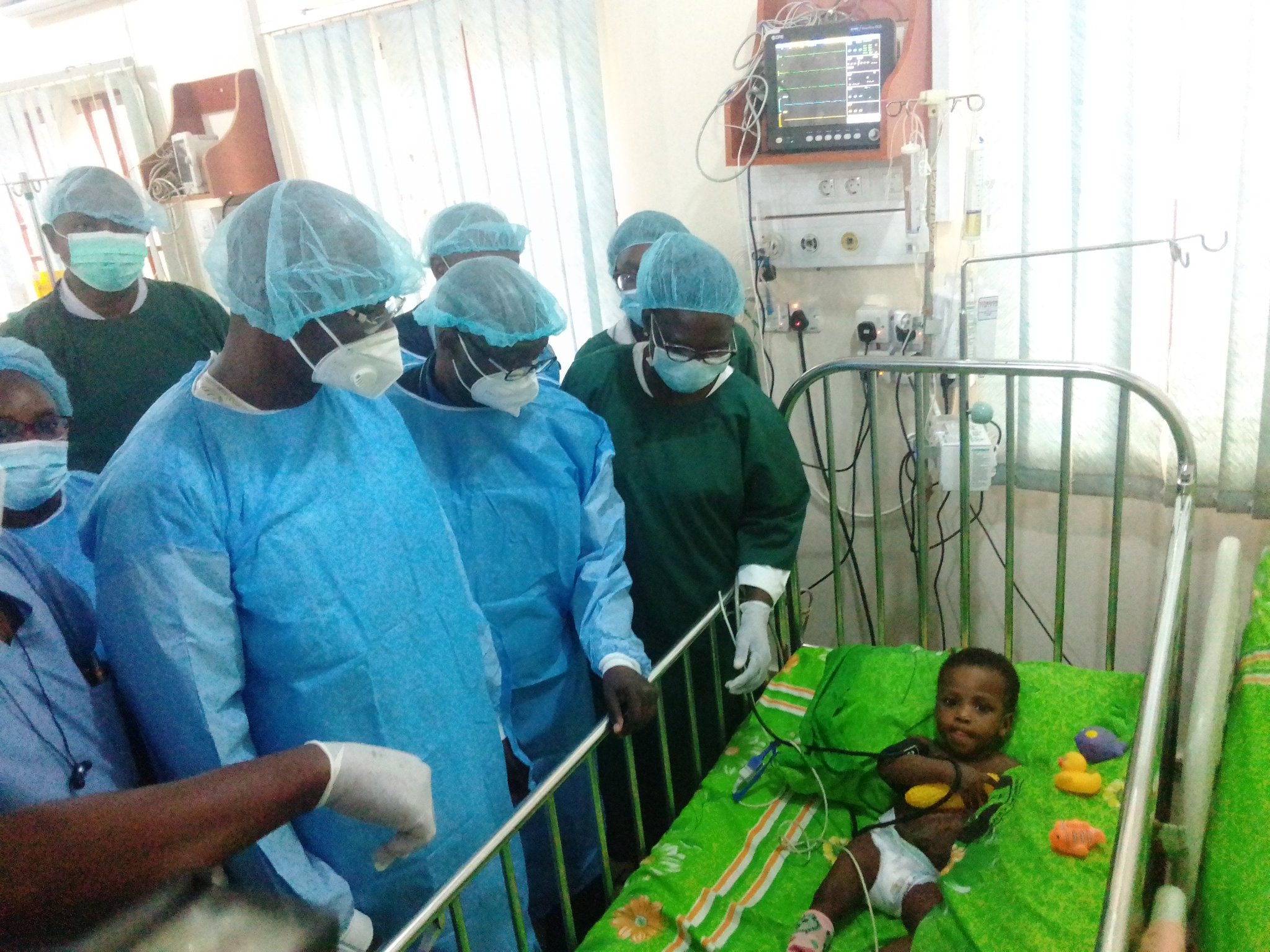 One of the twins after the surgery. PHOTO: TWITTER/ FEDERAL MEDICAL CENTRE KEFFI 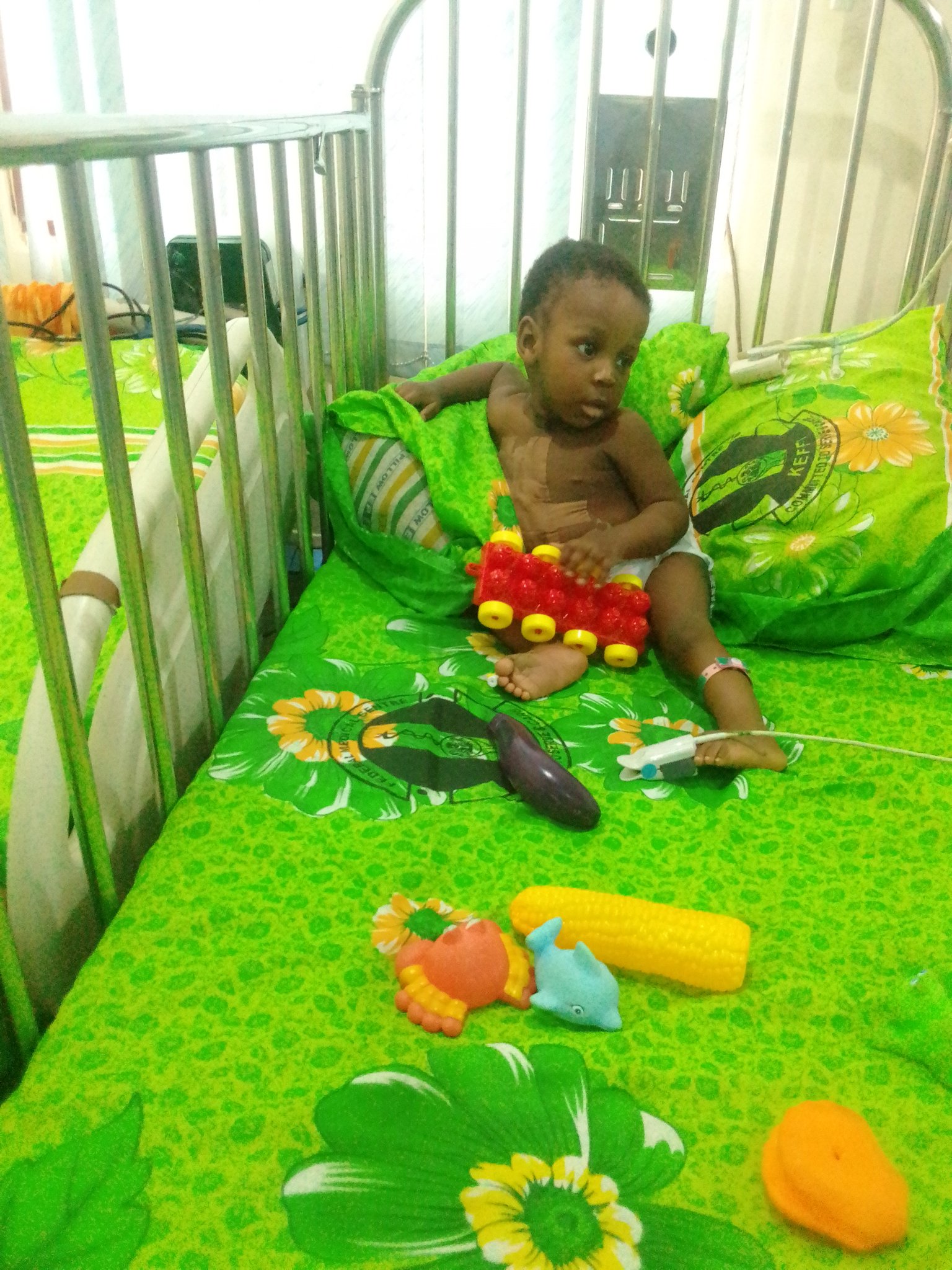 Another set of conjoined twins, Hassana and Husseina Ukpo, who were successfully separated at the Federal Medical Centre, Keffi, Nasarawa state have been discharged 15 months after delivery.

Born in a private clinic on 4th April 2019 to Okaa Ukpo,a 75-year-old father and a 25-year-old mother Tesella Okaa, the twins were separated after a nine-hour surgery on 10th July 2020 by a 65-man medical team at the cost N35 million to separate.

Speaking during their final discharge on Tuesday, Minister of State for Health, Dr Olorunnimbe Mamora said the medical team has put the country on the map, adding that soon with the right encouragement, the country will be a destination for medical tourism.

Mamora said the twins were joined at the abdomen and rib cage, they shared a common liver, subcutaneous tissue and skin with fixed xiphisternum and cartilages of the 10th and 11th ribs.

“Separation of conjoined twins was a phenomenon that we were used to hearing take place in the medical practice of the first world but here we are today also announcing an operation carried out by one hundred per cent indigenous medical team leading to the separation of Omphalopagus conjoined twins name,” Mamora said.

“On the 10th of July, 2020, after a 9 – hour long surgery, they were successfully separated with no intraoperative complications. They are being managed in the intensive care unit and the post-operative events and outcome have been most satisfactory. As at today the twins are hale and hearty and playing around at the Federal Medical Centre, Keffi and are with us here Friday.

“This is what we have been able to achieve by working together. As we have always said, we have some of the trained medical personnel anywhere in the world. Our institutions are strong and viable and with the needed encouragement they can rank among the best in the world.”

Mamora noted that the Federal Medical Centre Keffi is one of the centres the government will focus on for specialised surgeries and commended the governor of Nasarawa State Abdullahi Sule for his support to the Centre to make the surgery a success.

“I commend also the Chairman of the Governing Board, Prince Sule-Iko Sadieq Sami and members of the Board for this event happening during their watch. My appreciation also goes to the Medical Director/Chief Executive, Dr. Yahaya Baba Adamu for his tireless efforts at assembling such a powerful medical team”.

Also speaking, the Medical Director of Federal Medical Centre, Keffi (FMCK), Dr. Yahaha Baba Adamu observed that this wasn’t the first time the Centre was presented with conjoined twins and recalled that the hospital had to refer the first one to the National Hospital, Abuja for separation.

He noted that this team learnt a lot of lesson from the National Hospital Team and braced up to the challenge of separating the twins successfully.

The MD puts the cost of the separation of their twin at about N35 Million adding that the state governor gave N10million while the remaining cost was borne by the hospital.

Coronavirus - Sierra Leone: COVID-19 update (14 June 2021)
1 hour ago
Critical Reforms Needed to Reduce Inflation and Accelerate the Recovery, says New World Bank Report
1 hour ago
Acting Assistant Secretary Peterson's travel to Democratic Republic of Congo
1 hour ago
U.S. Africa Command wins prestigious communications industry award
1 hour ago
Shri Ngulkham Jathom Gangte appointed as the next Ambassador of India to the Republic of Tunisia
1 hour ago
Foreign Minister Motegi's Letter of Condolence on the passing away of Ambassador Ngoma of the Republic of Congo
1 hour ago
Doctors Without Borders (MSF): Governments off track on providing tools to prevent tuberculosis (TB), the second biggest infectious disease killer after COVID-19
1 hour ago