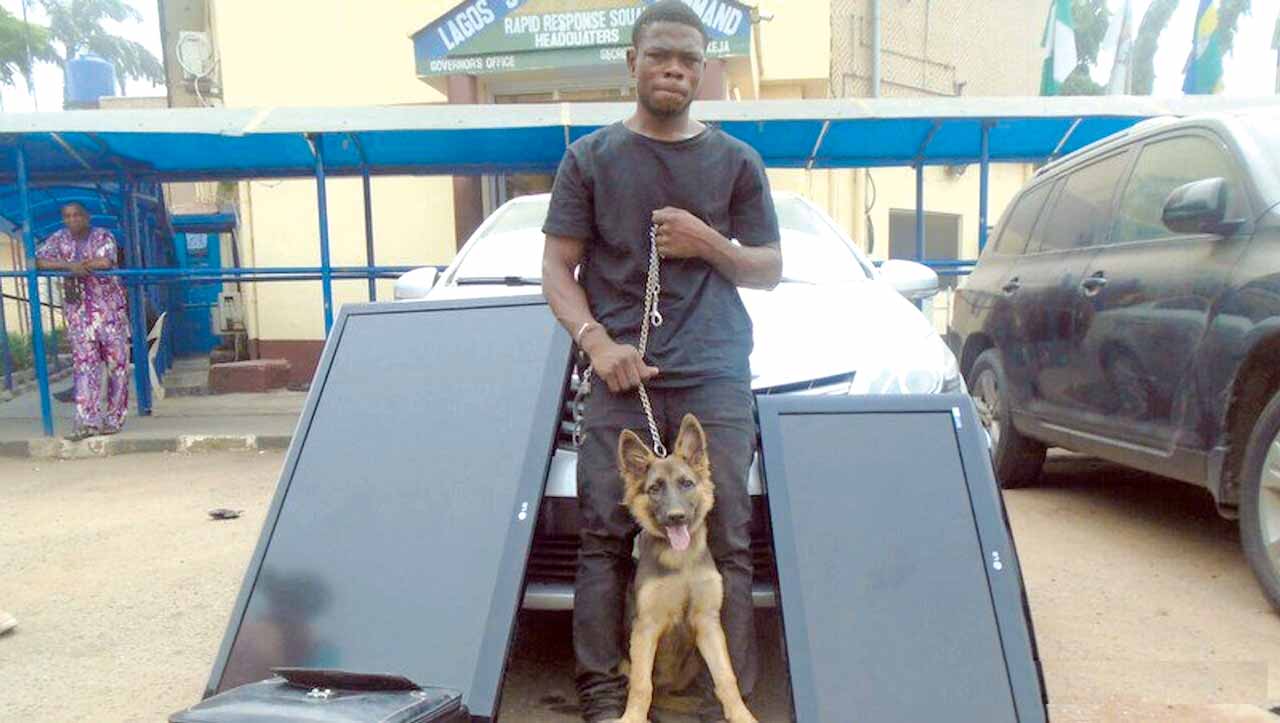 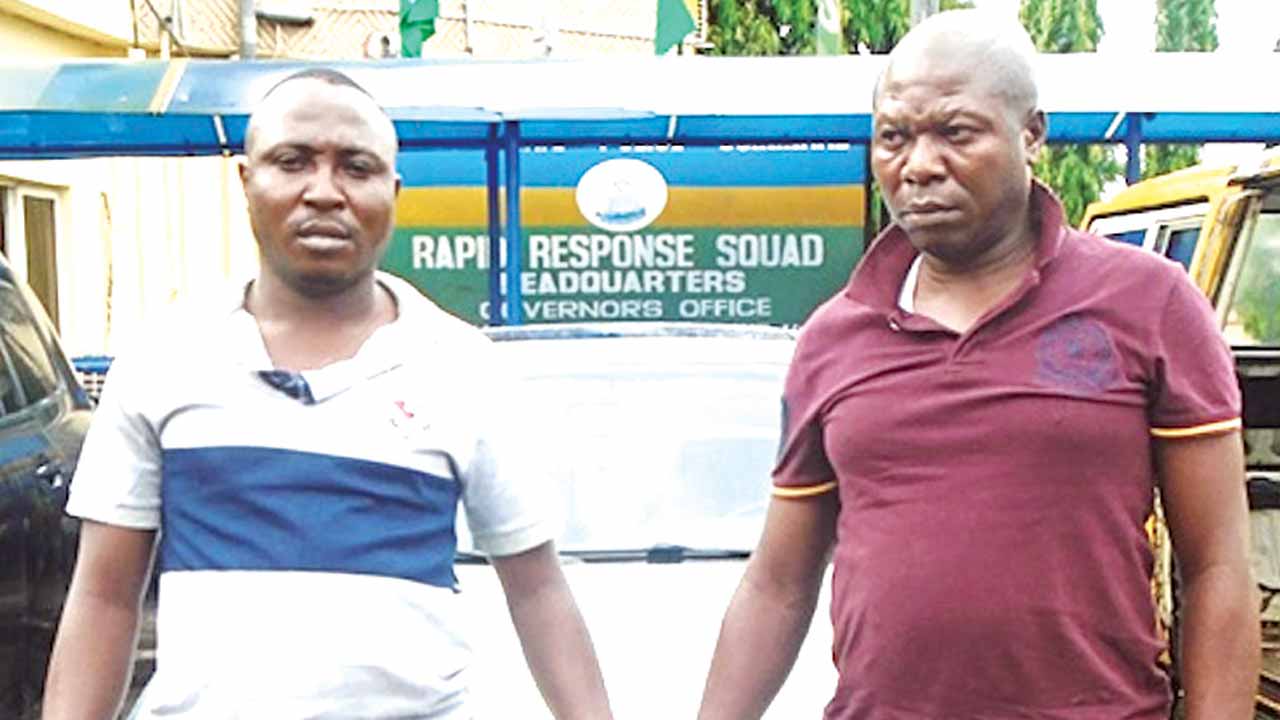 A twenty-four-year-old driver accused of stealing his former employer’s car, television set and a pet dog, has confessed that the Christmas needs of his siblings pushed him into the stealing.

The decoy team of Rapid Response Squad (RRS) of the Lagos State Police Command arrested the suspect, Abass Ope, from Ogun State at Ojuelegba area of Lagos, on Boxing Day. He was rounded up by the police while trying to sell off his ex-boss’ Toyota Avensis 2013 model with Registration Number AGL 734 AR for N2 million.

Arrested along with him were three of his friends, Balogun Oluwaseun, 23; Sanni, 23 and Stephen Ewiele, 22. Abass had during Christmas period stormed his former boss Magodo home while he and his family were holidaying in Delta State, with a conspirator to move a 100 inches LCD TV, another 42 inches LCD TV, a dog, a suitcase, 2 DSTV decoders and a Toyota Avensis, from the home.

According to Abass, “I took the car because I had no money to take care of myself and younger ones. They had no clothes, no shoes and this is Yuletide season.
They look up to me to take care of their expenses. It was about three months now that I left Mr. Ekinodo (his former boss). I had worked for him for four years before leaving in August 2016. I left because he had a little challenge and things were pretty tough for him.”

He continued: “He was a very nice boss to work with. He enrolled me into university but I couldn’t continue when I left him. While he had this challenge, he owed me eight months salary. This prompted me to take his property and the vehicle.”

It was learnt that the suspect invaded the home of his ex–boss after learning that he had travelled to Delta State for the Christmas holiday, and that the gatekeeper had also gone to church. A source said the suspect was aware of where his boss usually kept keys to his rooms, which made it easy for him to commit the crime.

It was revealed that his former boss, on getting report of the missing vehicle and property, called the suspect on more than two occasions to intimate him of the development, but he denied knowledge of the incidence. The source further added that the boss had to cut short his holiday with his family to report the incident at Magodo Police Station.

Ekinodo Ifoghale said: “I am still in shock. This is a guy I treated like a son. Apart from my wife, he was the closest person to me. This is a guy that did my shopping for me. Even before I would buy anything for myself, I bought for him first. How can I owe him eight months salary when he never worked for me during those periods? He was never in my house in the periods he claimed.”

Confirming the incident, the state Police Public Relations Officer (PPRO), SP Dolapo Badmos, advised members of the public to always do a background check of their domestic servants so as not to expose themselves to criminals.