Human stump discovered under bridge in Oyo
1 hour ago  Nigeria

Emir of Kano Muhammad Sanusi II Saturday replied the query handed him by the Kano State government over the alleged misappropriation of N3.4 billion by the Emirate Council.

In a letter seen by The Guardian, the acting secretary of the Kano Emirate Council Abba Yusuf said Sanusi could not have been culpable in the alleged fund misappropriation since he was neither the accounting officer not the council secretary.

Yusuf also said at the time Sanusi was installed as the emir in 2014, the Emirate Council had only N1, 89 billion, an amount far lesser than the N3.4 billion Kano State anti-graft agency said was siphoned between 2014 and 2017.

“You may wish to note that at the time his highness Muhammadu Sanusi was appointed Sarkin Kano, the exact amount in the account of the Kano emirate council is N1.893,378,927.38,” Yusuf said.

“It is also important to note that Emir Sanusi is not the accounting officer of the emirate council but the secretary of the council”. 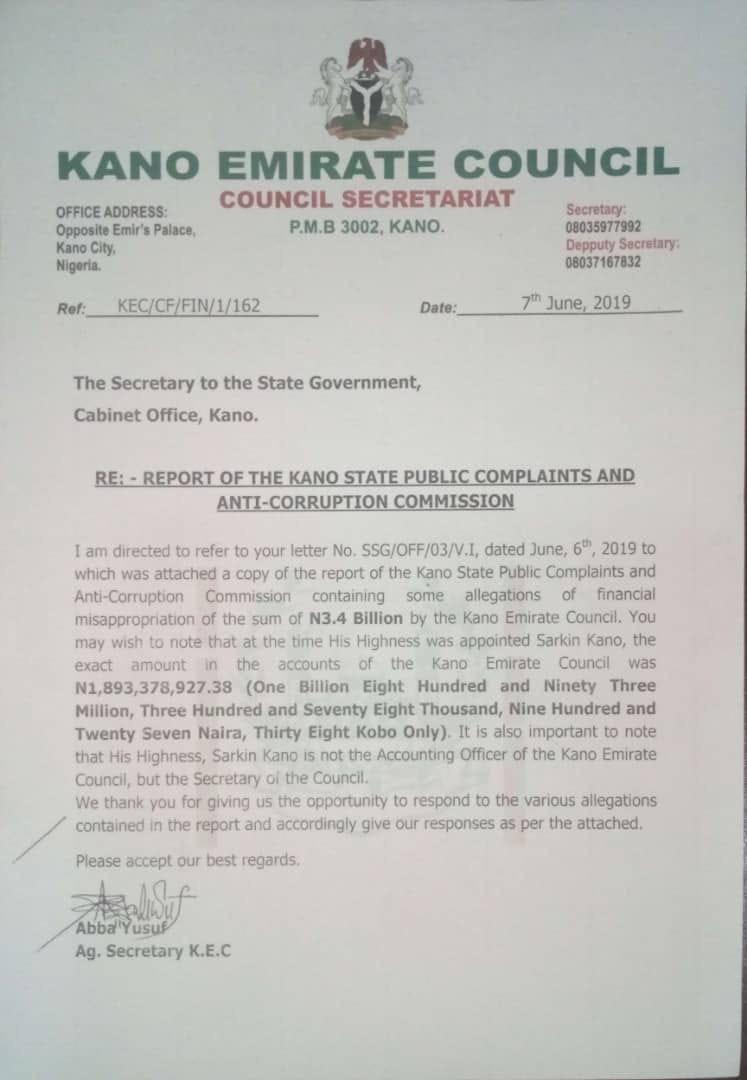 The Kano State Public Complaints and Anti-corruption Commission on Wednesday recommended that Sanusi should be suspended over misappropriation of N3.4 billion by the Emirate Council under his leadership.

The recommendation was contained in a preliminary report of an investigation conducted by the commission and signed by its chairman, Mr Muhuyi Magaji. A copy of the report was made available to newsmen in Kano on Tuesday.

Following the recommendation, the state government Thursday gave Sanusi a 48-hour ultimatum to “give satisfactory explanations” on the allegations.

However, The Guardian learned earlier on Saturday that the governor of Ekiti State and Kano-born Africa’s richest man Aliko Dangote were mediating between Kano State Umar Ganduje and Emir Sanusi.