Pope urges peace, unity in special mass for Myanmar
10 hours ago  World
1 of 10 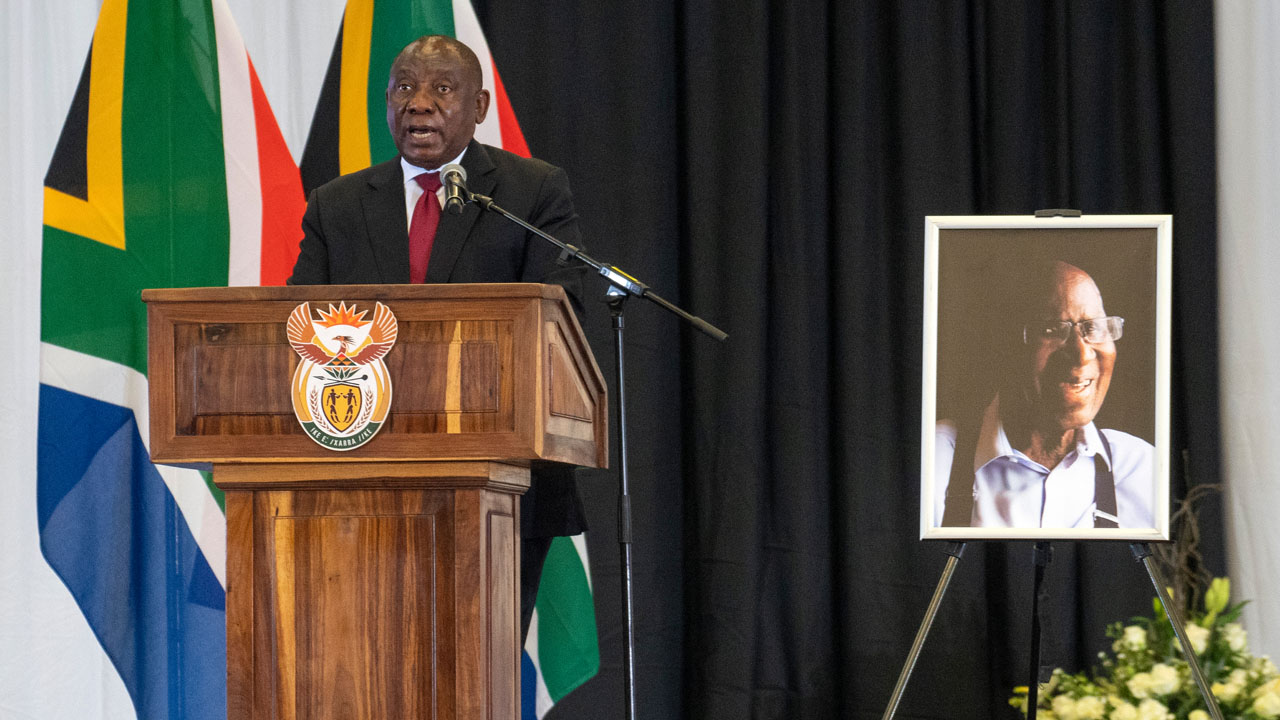 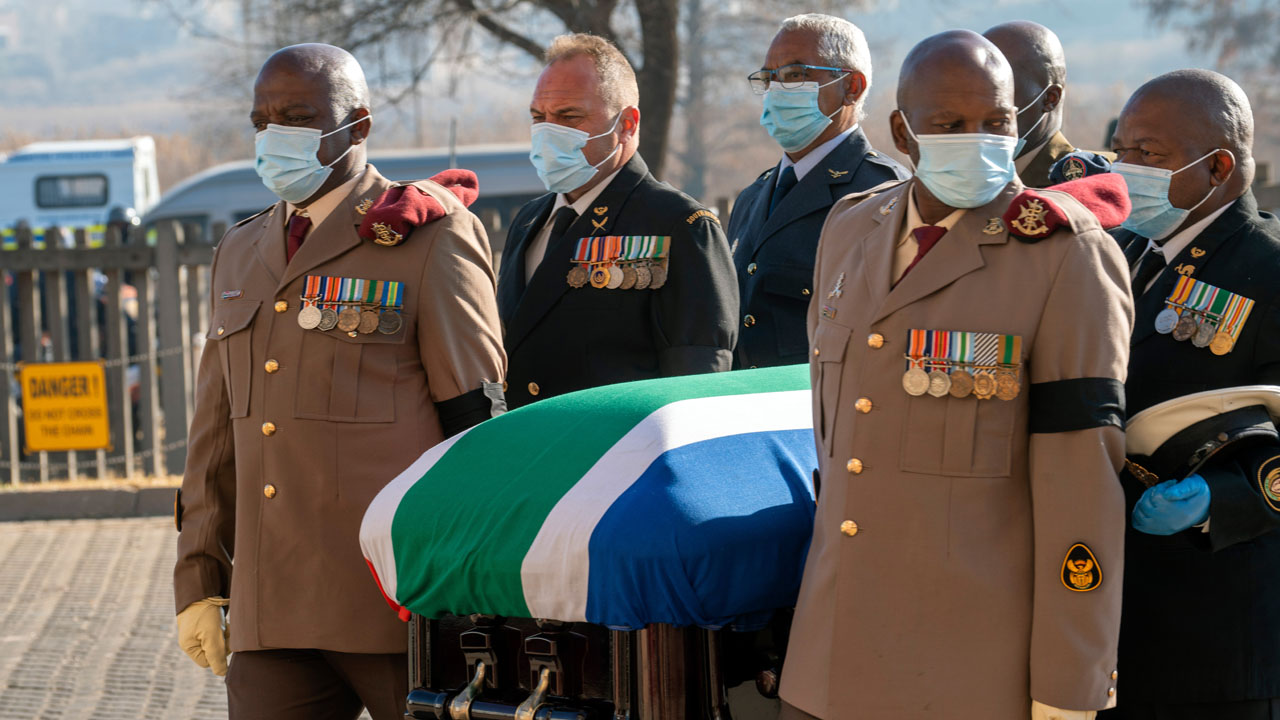 Pallbearers carry the coffin of South African anti-apartheid figure Andrew Mlangeni during the funeral service in Soweto, South Africa, on July 29, 2020. - Mlangeni, 95, was the last surviving Rivonia trialist, spending more than quarter of a century imprisoned on Cape Town's notorious Robben island before his release in 1989. (Photo by Jerome Delay / POOL / AFP)
Andrew Mlangeni, the last surviving defendant in the trial of Nelson Mandela and others who faced death for plotting to overthrow South Africa’s apartheid regime with guerrilla warfare, was buried on Wednesday.

Flags flew at half-mast as Mlangeni, who died last week aged 95, was laid to rest in a state funeral.

“We have lost not only a great patriot but a strident moral voice,” President Cyril Ramaphosa said in his eulogy before mourners who included ministers and elite members of the ruling African National Congress (ANC).

“While history will place Andrew Mlangeni in the pantheon of the great leaders of our nation, he will be remembered by his people as a person of humility, humanity and dignity.”

Like Mandela, the country’s first black president, Mlangeni spent more than quarter of a century imprisoned on Cape Town’s notorious Robben Island before his release in 1989.

After the first democratic elections in 1994, he became an ANC lawmaker until he retired in 2014.

Mlangeni later became a fierce critic of the factionalism that gripped the ANC and rampant state corruption under President Jacob Zuma, who was in power from 2009 t0 2018.

Thabo Mbeki, Mandela’s successor, told mourners in a virtual address that Mlangeni was “concerned” about and spoke out against wrongs within the movement.

“We need to commit ourselves to the renewal of the ANC he built, the ANC he was concerned about,” Mbeki said.

Born in the central Free State province in 1925, Mlangeni joined the youth wing of the ANC in the early 1950s.

He was among the first group of liberation fighters to be sent outside of South Africa for military training in the early 1960s.

On his return home two years later, he was arrested.

The eight-month Rivonia Trial, named after the Johannesburg suburb where the ANC leaders were arrested, brought the anti-apartheid struggle to world attention.

Expecting to be sentenced to death, Mandela declared in an impassioned three-hour speech from the dock that freedom was “an ideal for which I am prepared to die”.

Instead, the group was sentenced to life imprisonment.

Mlangeni lived his entire life in Johannesburg’s Soweto township, the crucible of the anti-apartheid struggle.

He was laid to rest at the Roodepoort Cemetery, west of Johannesburg.