“I believe in united Nigeria, not secession” — Umahi
1 day ago  Politics
1 of 10 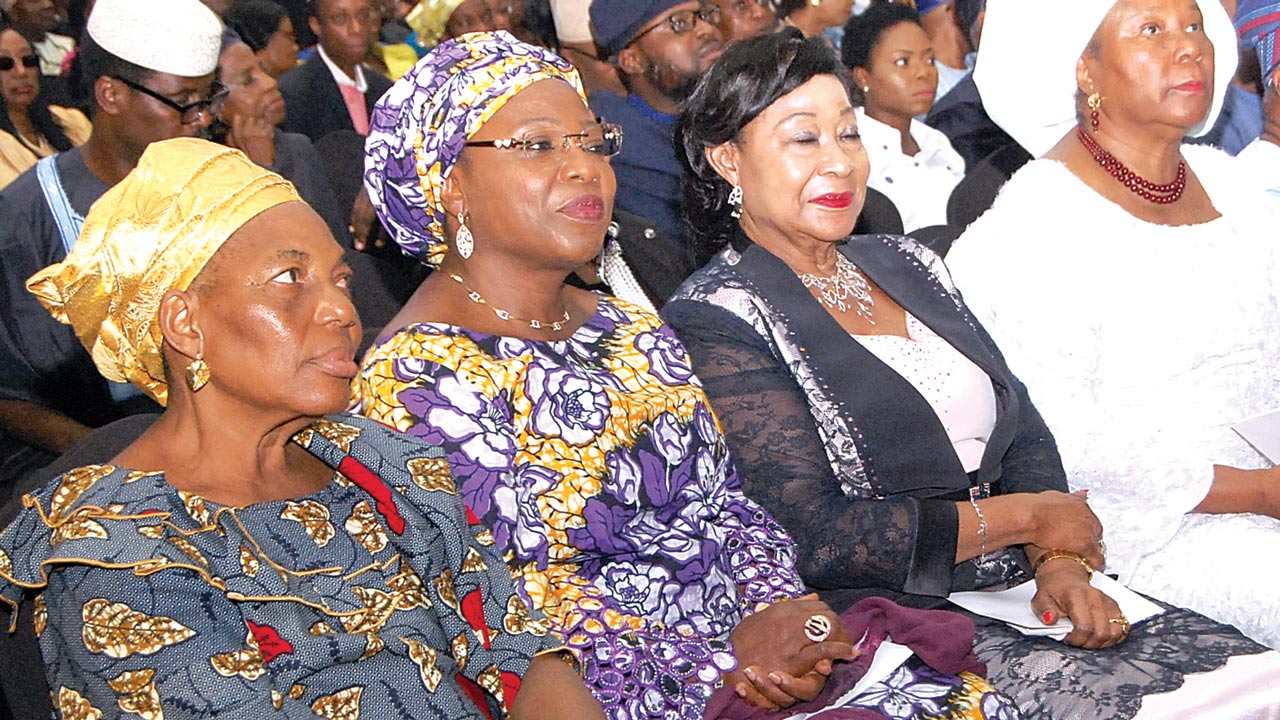 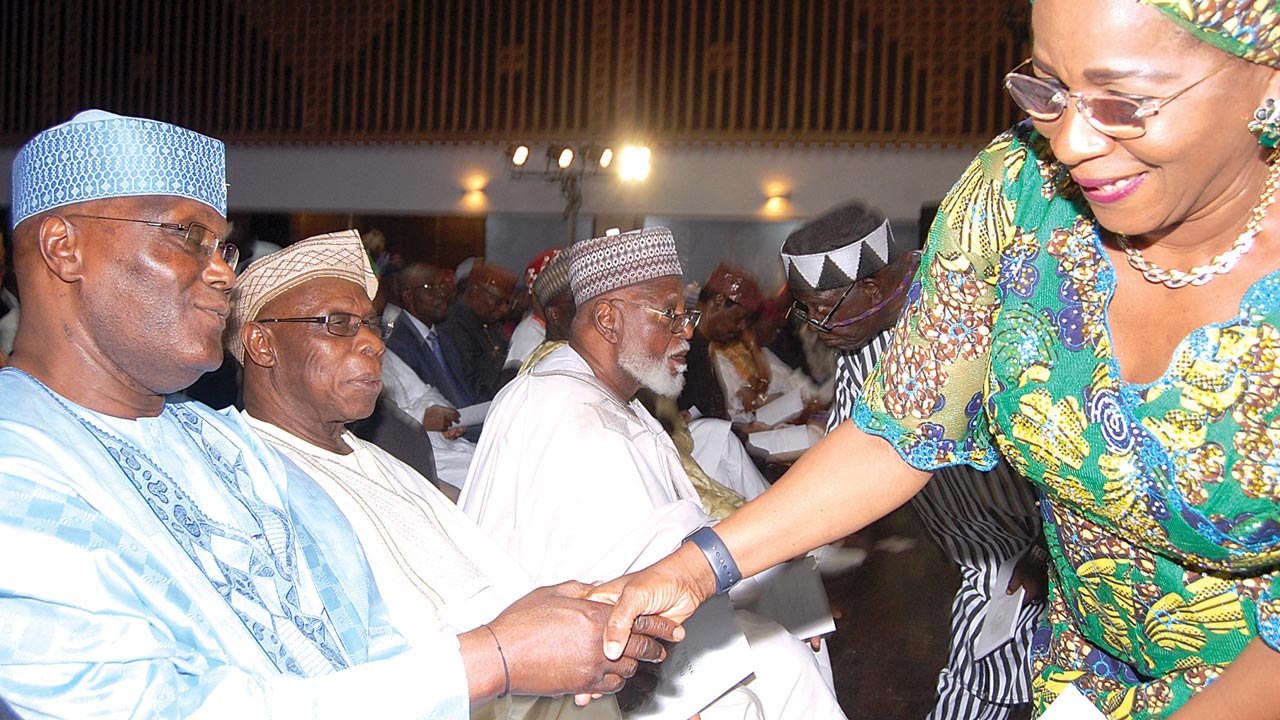 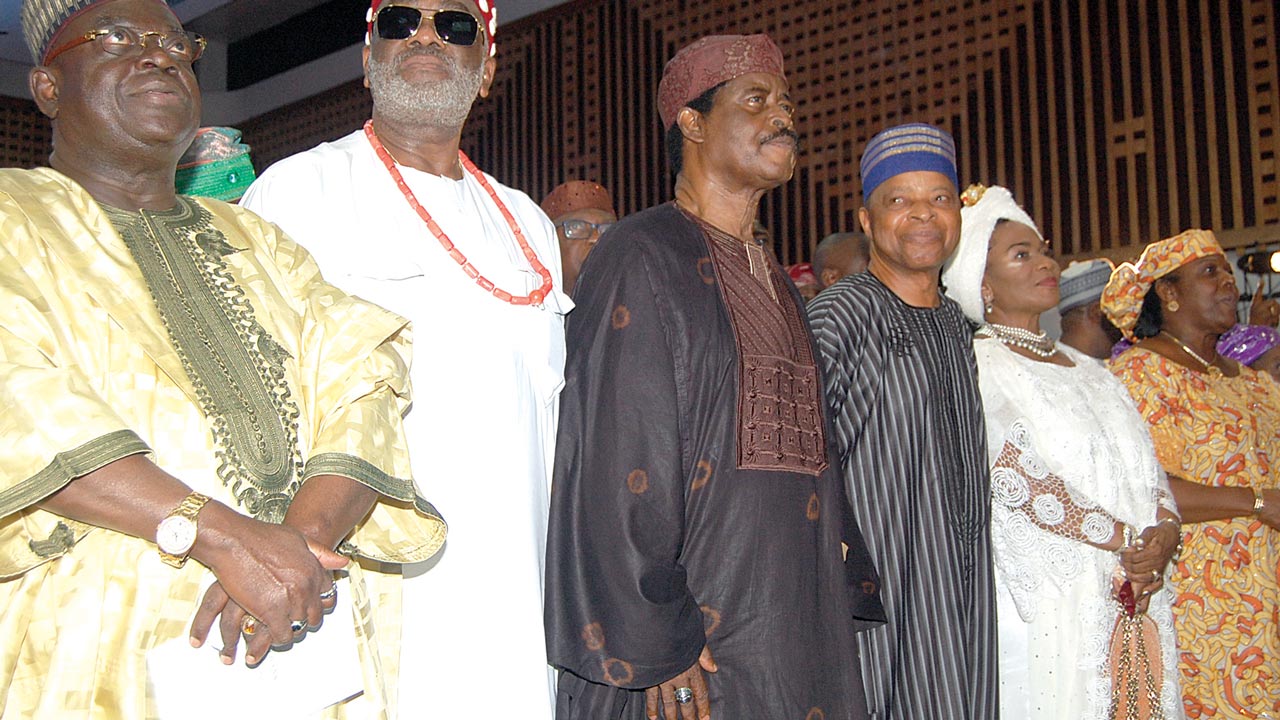 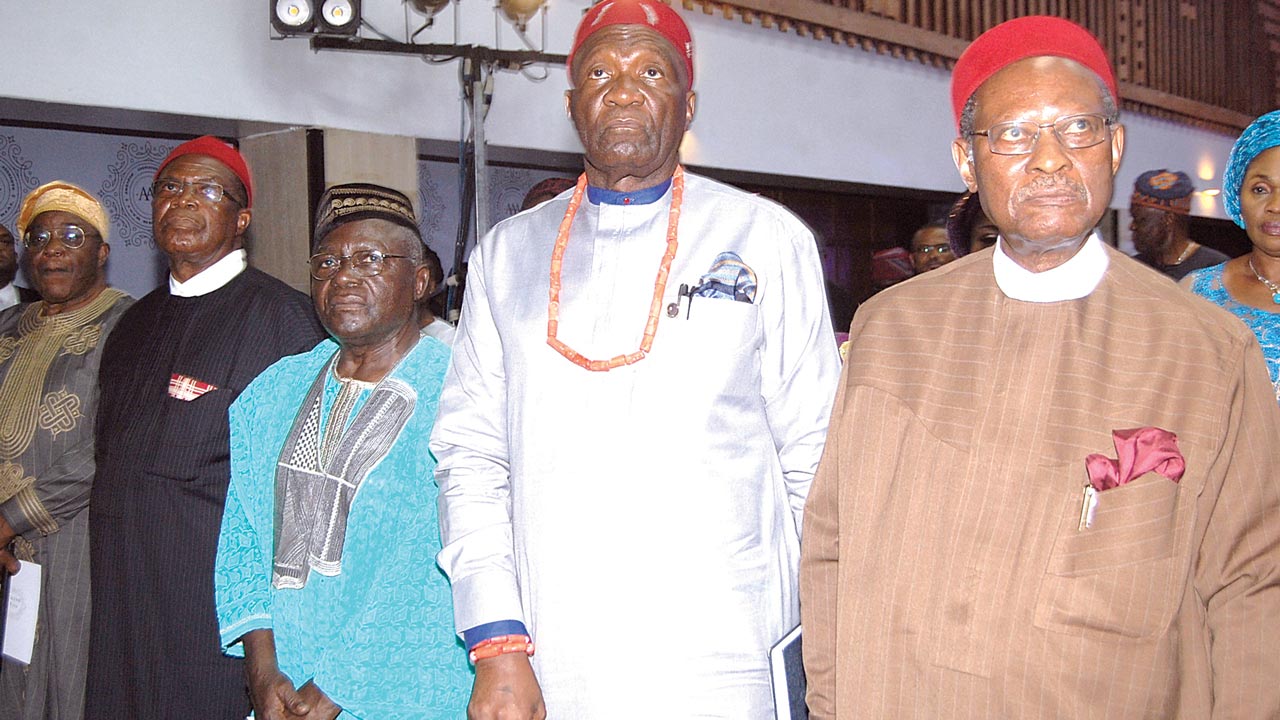 The need for Nigeria to be restructured to true federalism as urgent as possible if the country does not want to risk imminent collapse soon, was the subject of discussion at the 10-year anniversary symposium lecture titled: ‘Leadership and the Future of Nigeria’ organised in memory of the late Chairman, National Democratic Coalition (NADECO) and leader of the Yoruba socio-cultural organisation, Afenifere, Senator Abraham Adesanya in Lagos yesterday.

While former President, Chief Olusegun Obasanjo and his erstwhile vice, Alhaji Atiku Abubakar showered encomiums on the virtues and selfless services, dedication and patriotic commitment of Senator Adesanya to the Nigerian project during his lifetime, the former Secretary General of the Commonwealth, Chief Emeka Anyaoku in his keynote address and Second Republic Senator, Prof. Seth Akintoye said it was imperative of the Federal Government and the lawmakers to heed the growing warning signs of potential national disaster by agreeing to adopt a restructured true federalism, which they agreed would provide the best basis for the realization of the Nigerian dream.

According to Anyaoku, “Senator Abraham Adesanya was a symbol of authentic combination of loyalty to one’s ethnic group and loyalty to one’s country. He was at the same time an outstanding leader of Afenifere that sought to promote and protect the interest of the Yoruba and a nationalist leader of NADECO that sought to promote and protect democracy in his country, Nigeria. Inspired by the sage Chief Obafemi Awolowo, he led a life of idealism in which service to the Yoruba and to Nigeria was an uncompromising credo.”


x
The ex-Commonwealth Secretary General added that Adesanya’s unflinching political activism was devoted to the promotion of democracy in Nigeria, saying he was a political activist that dedicated his political career to the righting of wrongs without deference to any form of prejudice, be it personal, ethnic or religious.

Anyaoku however lamented that 10 years after the demise of Adesanya, Nigeria is currently beset by, among others, worries of a totally enervating atmosphere of moral and ethical decadence; a debilitating rancorous politics that is partly exacerbated by lopsided federal appointments; increased divisiveness and lack of cohesion as the country slides deeper into ethno-religious and sectarian divisions; a limping weak mono-crop-economy in which values are hardly added; loss of the country’s influence and standing abroad; and a growing insecurity of life and property with sickening daily reports of killings of human beings.

To arrest the drift, Anyaoku suggested among others, the restructuring of the country. He stressed: “Nigeria will not achieve enduring political stability or realize its deserved development potential with its present non-conducive “federal” constitution.

“I believe that restructuring Nigeria’s present governance architecture by returning to the provisions of its 1960 and 1963 constitutional arrangements will not only help the emergence of a leadership that will pave the way for a national rebirth, but will also put the country on a more assured path to political stability and faster socio- economic development.”

In his presentation, the President General, Ohanaeze Ndigbo, Chief John Nwodo lambasted some of the leaders of the ruling All Progressives Congress (APC) for failing to speak the truth to the authority about the true state of the country and the need to get it restructured.

According to him, “If we have the likes of Chief Bisi Akande in the present ruling party and they could not speak to the authorities then something is wrong with our polity. If we have leaders in the APC who could not speak to the authority about the rampant armed herdsmen killings, Boko Haram insurgence and other issues regarding our present lopsided structure something is wrong with our nation.”

The Ohanaeze leader therefore called on Nigerians not to vote for anybody who does not believe in restructuring of the federation in the coming general election.

Speaking in similar vein, former Military Governor of Rivers State, Major Gen. Zamani Lekwot (rtd), a victim of Nigeria national question during the Kaduna State Zango-Kataf religious riot in 1992, said restructuring is something Nigeria must do to move forward

According to him, “The American system that we copied makes provision for three tiers of police to cater for its security.”

Lekwot also expressed concern over the Nigeria’s poor education standard and lack of community policing system. He also added that nation’s national Identity Card programme is currently in the doldrums.

Prof. Akintoye on his part said Nigeria could not function under the present dictatorial central administration. He warned that if the country failed to take urgent step to restructure it could break up.

According to him, “Nobody should continue to say that Nigeria could not collapse.”

Another member of Afenifere, Chief Ayo Adebanjo canvassed for good governance. He said the principles of the late founder of Action Group (AG), Chief Obafemi Awolowo and Adesanya must be emulated to achieve this.

According to him, “It is a shame today seeing the followers of Awolowo asking what restructuring is. Any follower that fails to champion the course of restructuring is not a follower.”

Meanwhile, Obasanjo has denied report in the social media that he has, against his earlier stand, decided to support President Muhammadu Buhari for second term bid.

In a statement issued by his media aide, Kehinde Akinyemi in Abeokuta yesterday, the former president accused the Buhari’s camp of being behind what he described as total falsehood.

According to him, “Those behind the report are blackmailers who are desperate to do everything, including telling libelous lies against persons and institutions.

“In this desperation, everything is fair, including telling libelous lies against persons and institutions, instead of addressing the fundamental issues of statecraft and economic management.”