Aso-Ebi: Style and commercialism in solidarity 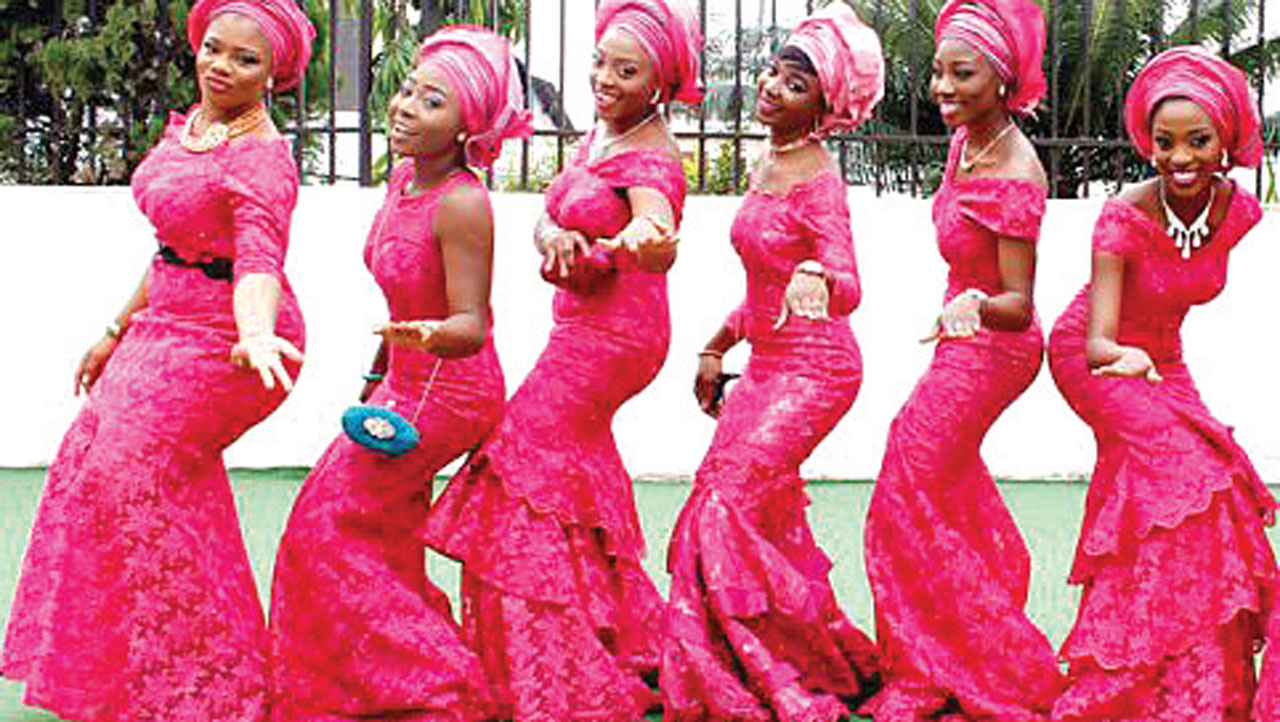 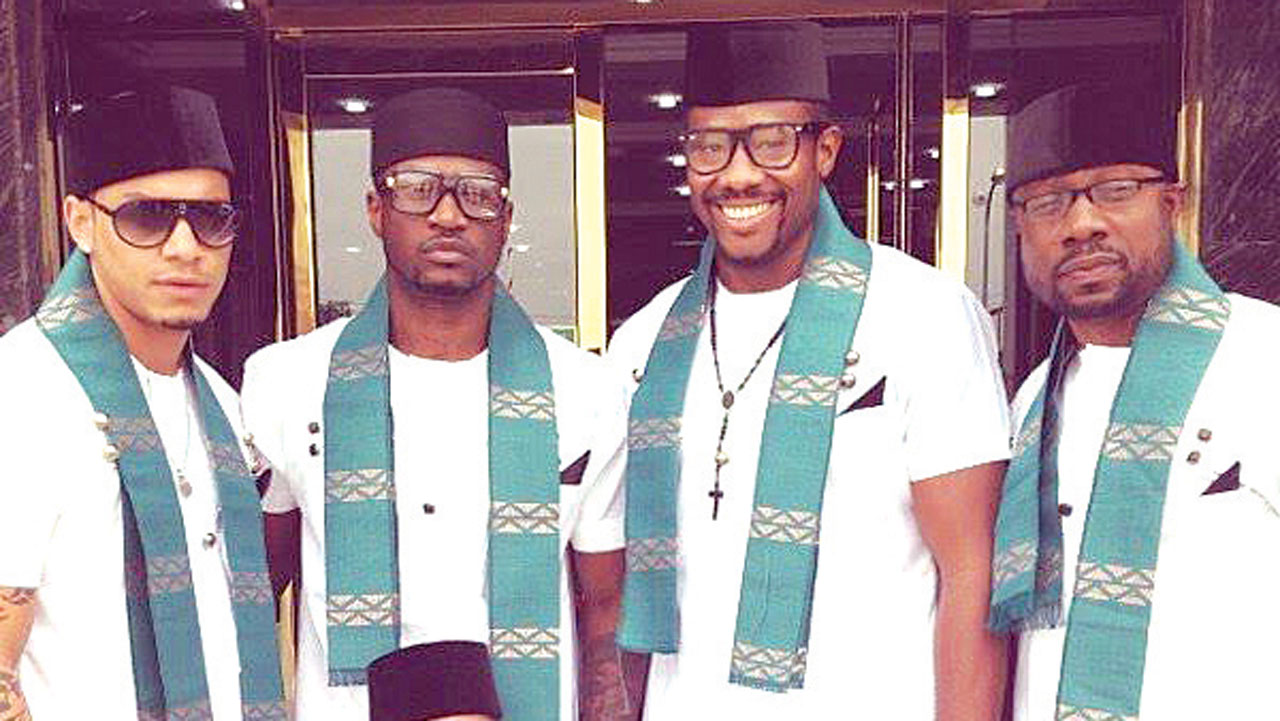 It is almost impossible to conceive of an event or party in Nigeria and especially in the Southwest without aso-ebi- the family cloth. Just imagine a party in Lagos without fashionable guests, particularly ladies, ‘slaying’ in gorgeous outfits in solidarity with the celebrant!

A visit to worship places, social gatherings and sometimes offices, usually betray the fact that the aso-ebi trend has taken firm root. As for naming ceremonies and graduation parties, the fashion fever rages on.

From East to West, North and South, there is hardly any event without uniform and the trend is not showing any signs of leaving the fashion scene anytime soon. In some cases, it is not even a matter of choice; it is about bonding in style and following the trend.

The word ‘aso’ in Yoruba means cloth while ‘ebi’ denotes family. So, translated simply, aso-ebi means family cloth usually worn during funerals or family ceremonies. However, the practice is now beyond family dressing, as friends and sometimes, even strangers to a celebrant could wear them. It has become a national norm.

Traditionally worn in Nigeria and some West African cultures, aso-ebi is now an indicator of cooperation and solidarity during ceremonies and festive periods.

Sometimes, it serves as a form of self-identification with age mates, relatives or friends during social occasions or funerals. For some people, it is a way of raising funds to support the celebrant in reducing the financial burden of hosting family members, friends and well-wishers during parties.

Unlike the earlier days when expensive fabrics such as lace kept the trend out of the reach of the poor, availability of more affordable materials such as ankara, adiire and guinea brocade have contributed to the popularity of uniform dressing for social occasions in the country.

In the 1950s, members of women organisations or ‘egbes’ attend ceremonies and anniversaries of relatives in the same dress style, sandals, wrapper, smock and necklace-a culture that signifies closeness of either family ties or friendship.

Notwithstanding, the uniform dressing can also be a measure of personal affluence, because aso-ebi could sometimes involve rivalry between various groups with each group competing to outshine each other in terms of quality, originality and richness of the uniform. A typical example is the yearly Ojude Oba Festival in Ijebuland, where the different groups spend several thousands to outdo one another.

From the mid 1960s to the late 1970s, imported lace and George materials were incorporated into the Nigerian fabrics space and they in turn became popular materials used for aso-ebi. But increased demand for handcrafted traditional dresses such as agbada and ankara fabric led to a resurgence of tailors and fashion designers who specialised in making the native attires. To that extent, the aso-ebi market has become huge.

Week after week, tailors strive to meet the increasing demand and designs of uniform dressing, which does not come cheap. Forget the cost of the fabric of choice; making aso-ebi is not ‘moi moi.’ In fact, in some cases, the cost of sewing turns out to be more expensive than the fabric. But who cares? After all, you are going for a party where rice and stew will be very plenty, plus assorted drinks and gift items that accompany the merriment.

Dealers in imported and local textile materials have also benefited from the boom in demand for uniform dressing. Some textile dealers offer consultation services and bulk rates for the choice and cost of the dress and fabrics. The rise also coincided with an intense market of fashion and lifestyles magazines in the cities, whereby tailors look at designs for inspiration and their patrons buy the magazines to check out their friends who may be featured in them.

At the popular Idumota or Balogun markets in Lagos, the rate at which Nigerians patronise aso-ebi fabrics is simply amazing. From top range fabrics to middle range and down to those of as low as N200 per yard, the trend has come to stay. Now you can understand why the recent pronouncement by the Redeemed Christian Church of God (RCCG) against aso-ebi generated mixed reactions.

Following a meeting of the Church leaders as part of the activities of its 65th annual convention with the theme: “Halleluyah”, it prohibited the compulsory use of aso-ebi at church events.

Speaking after the meeting, wife of the General Overseer, Foluke Adeboye, described it as ungodly act, after it was learnt that some of its branches were forcing their members to buy a particular material during Church events, while those who could not afford it were left out.

She warned that such “un-Christianly” act of keeping members out of Church programmes because of aso-ebi must never happen again among the women, adding that those caught would be severely sanctioned.

According to her, aso-ebi, which should ordinarily be for the family, must not be elevated to the point of overshadowing the spiritual life of the members.

But for traders in the textile market, such public pronouncement by a Church with a huge population as Redeemed could mean bad business, as those, who had been looking for a means to avoid the trend have finally found an escape route. Even those dealing on fashion accessories stand to face tough times, if members should adhere strictly to the new directive.

A Nigerian economic historian, Ayodele Olukoju, argued that aso-ebi became a novelty in 1920 during post-World War I economic boom triggered by the higher prices for oil palm.

However, an American folklorist, anthropologist and museum director, William Bascom, traced the origin to an earlier period when members of Yoruba age grades wore uniform dressing to mark their fraternal bonds.

For Rasheed Akinyemi, a Senior Lecturer at the University of Lagos, the aso-ebi phenomenon goes beyond its present literary meaning, as well as some negative practices attached to it as some concerned observers commented.
“The notion of aso-ebi should be understood as a socio-cultural practice of the Yoruba people and situated within the concept of ‘Social Capital’ in Yorubaland. Work is already in progress on a comparative study of the notion of aso-ebi and the concept of Harambee in Kenya as a contribution to knowledge on social capital and its practice in Africa,” he noted.