By Ajibola Hamzat (Features Editor), Kingsley Jeremiah, Victoria Olisa and Tanba Stephen
Share on Facebook Share on Twitter Share on WhatsApp Share on Telegram
The use of fake and expired tyres were responsible for more than 3,000 road traffic crashes (RTCs) that occurred in the last five years, the FRSC disclosed.
1 of 10 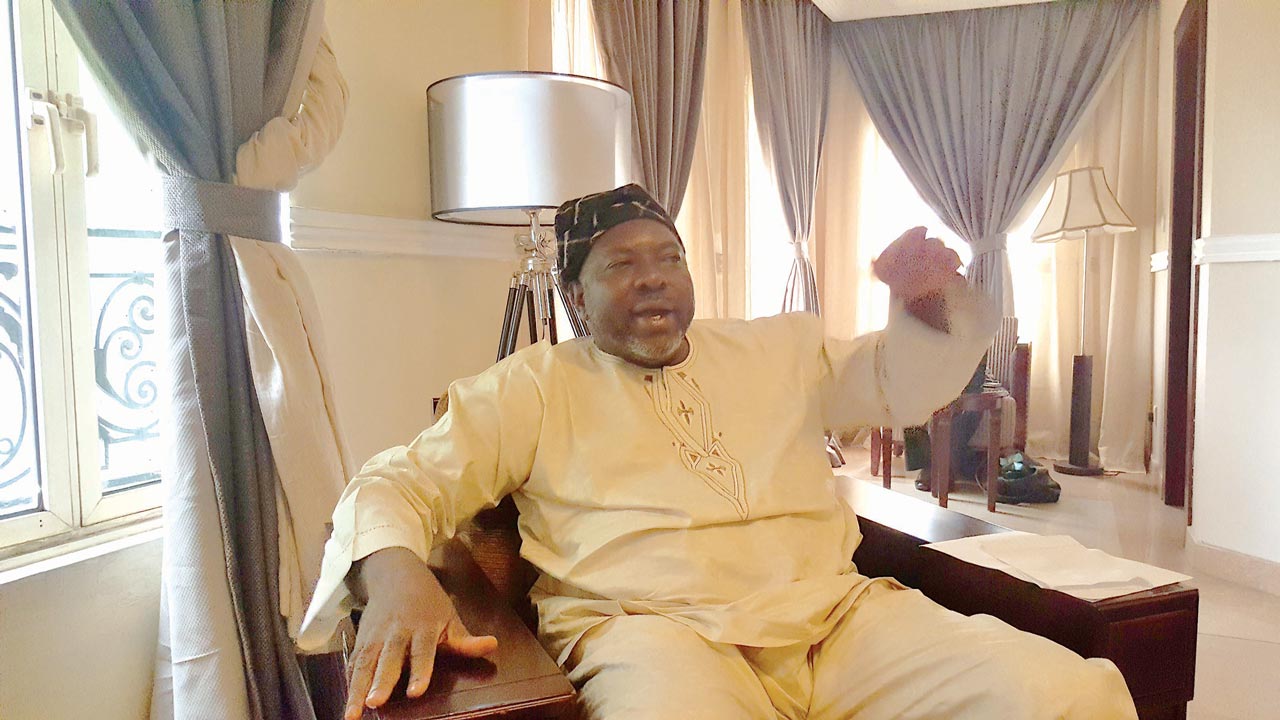 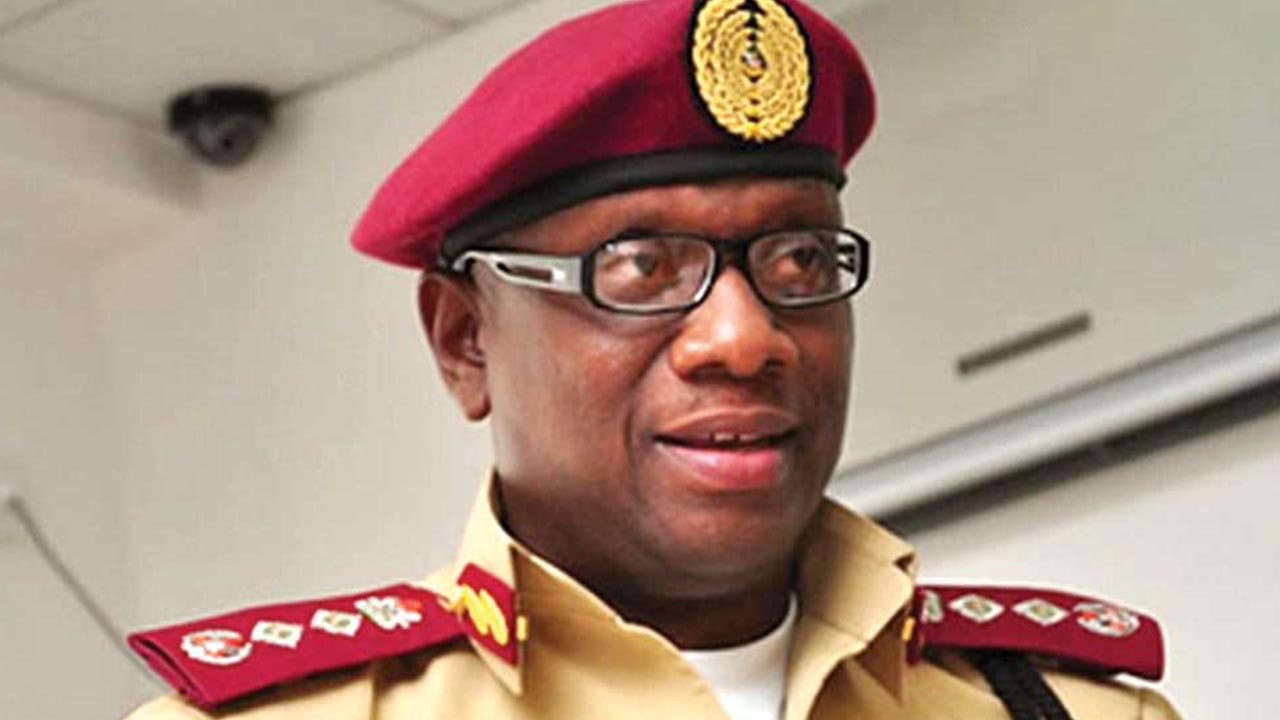 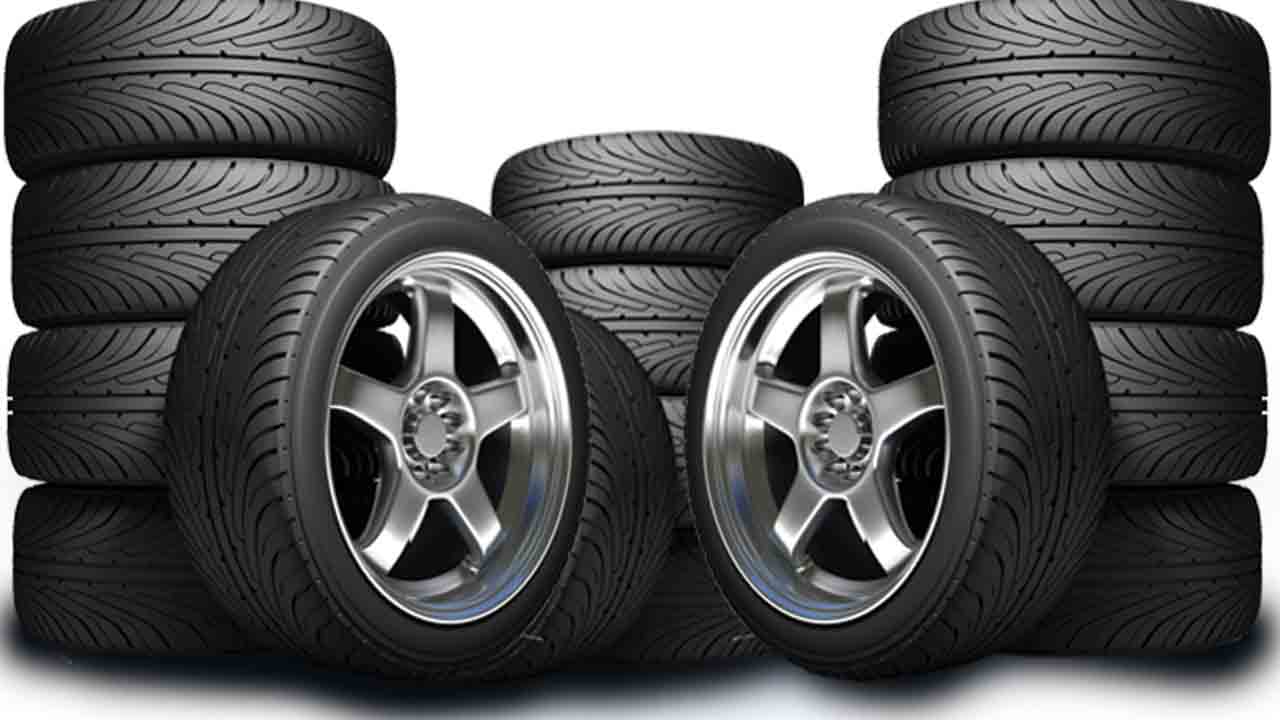 The increasing rate of road accidents in Nigeria is being linked to the use of expired or fake tyres. Observers identify regulatory failure as major cause. AJIBOLA AMZAT (Features Editor), KINGSLEY JEREMIAH, VICTORIA OLISA and TANBA STEPHEN report.

Two youths were pushing a cart filled with second-hand tyres on Wednesday evening at Ladipo market, Mushin Local government area, Lagos. They were heading towards a customer who was waiting by the service lane to buy one of them. The customer needed to select the best out of the lot. So, the boys, who daily scout for buyers on behalf of shop owners at Ladipo market, brought varieties from which the customers could select.

Though the Federal Road Safety Corps (FRSC) has linked the prevalence of road accidents to the use of fake and expired tyres, it appears the message has not resonated with vehicle owners.

According to FRSC, 772 out of the 9000 Road Traffic Accidents (RTCs) recorded in 2015 across the country were caused by burst tyres, meaning that nine out of every 100 accidents occur due to tyre problem.

The use of fake and expired tyres were responsible for more than 3,000 road traffic crashes (RTCs) that occurred in the last five years, the FRSC disclosed.

The corps’ claim has been corroborated by Standard Organisation Nigeria (SON), the agency charged with the responsibility of ensuring safe products and service in the country.

Recently, the Acting Director General of SON, Paul Angya, during an interactive chat with Brands’ Equity said that quite a number of road accidents are caused by low quality or expired tyres.

Last week, SON confiscated 241 substandard tyres in Ondo State, according to a report by NAN. The organisation also seized not fewer than 500 tyres at the popular Bedwell Street in Calabar, Cross River State. Many more of such operation have been carried out in the past, said the SON.

Yet, these efforts have not stopped the trading on fake or expired tyres.

An official of SON, Mrs. Angela Okisor, said the government has indeed banned importation of second-hand tyres, but they come in through illegal routes and, at times, with the connivance of some government officials.

SON does not have office at the port to check for expired tyres, she said.

“It is only when they come on the street or in markets, we go after them. If we were at the Port we can just open the container, calculate the date of production (dop), check the expiry date and decide if they should be allowed into the country or not, but we are not so opportuned. SON has left the Port since four year ago.”

A transportation expert, Mr. Adebiyi Aderemi Nelson, blamed the use of bad tyres on lack of education and orientation by necessary agencies.

In fact, some of the tyres being shipped into country through the port and porous borders are already prohibited in other part of the world, he noted.

If the situation must be stopped, Nelson, who is currently a consultant to SON on issues relating to tyres said: “We need the effort of all stakeholders to regulate and educate people on the use of tyres.

Though the Standard Organisation of Nigeria (SON) is responsible for regulating product standardization in Nigeria Nelson believes that the situation is beyond the agency.

This may be the reason why SON is collaborating with FRSC in the fight against the use of expire or fake tyres.
Okisor confirmed that SON has done a lot of sensitizing, collaborated with FRSC and anchored radio programs on the topic of expired tyres.”

But despite the campaign and mobilisation against the use of expired tyres especially, majority of vehicle owners still prefer to buy second- hand tyres many of which had already expired, said officials of FRSC.

Tyres expire after 4years or after travelling about 80,000km, but not many motorists are aware.

The investigation by The Guardian shows that many vehicle owners in Nigeria, including vulcanizers, do not know how to identify the expiry date of tyres.

Though the Poll currently running on the FRSC website shows that majority of respondents know that tyres expire in four years, the people interviewed by

The Guardian reporter approached a vulcaniser who identified himself as Sunday at a Total Filling Station, Ikotun, Lagos and asked him to help identify the expiry date on tyres of his vehicle. After several seconds, the vulcaniser said the tyre did not bear expiry date. “Some manufacturers don’t write manufacturing date on their products,’’ he said. But that statement contradicts the pronouncement of the FRSC that says every tyre, like any other manufactured products, bear manufacturing date.

When asked to check the date on the tyres of other vehicles at the filling station, the vulcaniser was uncertain as to which one was the manufacturing date because there were several numbers printed on the tyres.

The FRSC Corps Marshal, Mr. Boboye Oyeyemi, has, however, expressed determination to intensify the awareness campaign as well as clamp on those who ignore the message of safety measures on the roads. He made this statement in Abuja during a stakeholders’ meeting: `‘Promoting Safe Tyre use in Nigeria’’.

“We are going to start impounding any vehicle that uses expired or substandard tyre and then arrange for the continuous journey of the passengers. That’s the new method to preserve lives.”

He, however, added that the erring driver will not be sanctioned, but be compelled to buy genuine tyres with receipt before he would be allowed to continue his journey. The same measure will apply to private vehicle owners regardless of their status in the society, he said.

Mr. Mutiu Akanbi, a vulcanizer at Ikotun, Lagos dismissed the effort of FRSC as exercise in futility, saying there would always be market for second-hand tyres. “People will always continue to buy second hand tyre for as long as it is cheaper,” he said.

He said many of his customers often ask him to help them buy second -hand tyres because of his expertise to recognize a “good one”. And a good second- hand tyre, according to Mr. Akanbi, is the one whose surface is yet to wear out, or has any form of protrusion. He often recommends tyres made with thread as opposed those made with copper wire.

A vehicle owner, Mr. Bolaji also described the activity of FRSC as impossible task. “The new tyres are too expensive, few people can afford it, even FRSC officials buy second –hand tyres.”

He said if vehicles owned by FRSC personnel are subjected to check, many of them would be found wanting because they also patronize used tyre vendors.

Another motorist, Mr. Etim Udoh emphasized the cost of purchase as a major factor preventing vehicle owners from buying new tyres. “Many people are not financially buoyant enough to purchase new sets of tyres instead they go for second hand-tyres which are about to expire.”

In an interview with The Guardian, Director Operations at SON, Mr. Felix Nyado said a new strategy has been set up to impound and destroying expired or substandard tyres. He said there is a conditions that every tyre dealer or distributor must meet before they can sell tyres to consumers. Both the dealer and distributor will be trained on the quality of tyres, and what they should look out for in these tyres before they bring them into the country.

SON will make sure that cheap expire tyres are no longer available in the market.

“All accredited dealers are under our schedule where an officer can come in anytime to check on them, find out if they are selling something different from what is recognized by SON and if they are found wanting the shop will shut down.

“So we are working alongside the manufacturers and importers on the scheme we have agreed on should look like. We have three forms which is the requirements we have made for the manufacturers, the importers and the retailers respectively.

“Most importantly, we have started with the manufacturers and importers which they must comply with, then will push to the retailers and see to it that is workable. Each have their requirements they need to meet before they engage in tyre business. So that once we start at the middle of the month nobody will say they were left out or were not aware.

“”Our national raid recently held, shows that there are some certain information that are supposed to be provided by the manufacturers which they are not providing. When a tyre is being purchased, a warranty is supposed to be issued out so that if there is any fault with the tyre, somebody must be responsible for it.”

Immediate past President, Auto Spare Parts and Machineries Association (ASPMDA), Anthony Ughagwu, said the importation, distribution and sale of sub-standard Auto Spare Parts in Nigeria is a major problem, which requires the efforts of all the stakeholders in automotive industry.

Proper monitoring of importation and distribution process could help a great deal, he advised

“I urge the government to encourage big time importers with respect to policies and foreign exchange regimes. This will assure them sense of belonging and reduce the drifts to importation of sub-standard products,” he added.

A tyre merchant, Mr. Amos Ozormadu said marketers are not responsible for proliferation of expired tyres.

He instead blamed vulcanizers who sell “managed tyres,” especially to commercial motorists at cheaper price. “”Most of these tyres are condemned but vulcanizers still sell them. That is why many motorists no longer patronize us.”

Nelson noted that the situation is possible because there is no tyre manufacturing company in the country. “If that were in place, people would have had access to buy products directly from the company,” he said.

Sport
Falcao rolls back the years to pile on misery for Barcelona
14 mins ago
Radamel Falcao's remarkable return to La Liga took its most dramatic twist yet on Wednesday as the 35-year-old fired Rayo Vallecano to a surprise 1-0 victory over Barcelona in La Liga.
Sport
Electoral Committee insists NBBF polls will hold October 30 in Benin
24 mins ago
Despite the Ministry of Youth and Sports Development’s order halting the Nigeria Basketball elections earlier billed to hold in Benin on Saturday, the NBBF Electoral Committee, yesterday, insisted that the polls will still go on as scheduled.
Sport
Sassuolo stun Juve with last-gasp win
1 hour ago
Maxime Lopez stunned Juventus with a 95th minute winner at the Allianz Stadium which earned Sassuolo a 2-1 win on Wednesday to leave their opponents lagging behind in the title race.
Nigeria
Drug addiction: NDLEA to establish 6 standard rehab centres in Nigeria –Marwa
1 hour ago
The National Drug Law Enforcement Agency (NDLEA) says it will establish six standard rehabilitation centres in each geo-political zone of Nigeria starting from 2022.
Politics
All set for Anambra governorship election, says INEC chairman
1 hour ago
Chairman, Independent National Electoral Commission (INEC), Prof. Mahmood Yakubu, has said that the commission is ready for the Nov. 6 governorship election in Anambra.

Cover
Akinterinwa: re-strategising vital for Nigeria to defeat Boko Haram Insurgents
22 Aug
I do agree to a reasonable extent, that the enthronement of Taliban in Afghanistan mirrors the failure of bombs and bullets in building liberal democracies. However, it is useful to qualify the failure.

Cover
Afghanistan: Return of Taliban to power and lessons for Nigeria
22 Aug
Since Monday, August 16, a day after the Taliban reclaimed power in Afghanistan having swept to Kabul, the country’s capital, from the countryside almost unchallenged, photographs and videos emanating from the troubled enclave...

Opinion
Ladipo market: Hope in ‘the promise land’
1 Sep
The ongoing rascality, impudence, and chaos which clearly characterizes the daily business activities in Ladipo Market and its environs has reached appalling level and therefore needs to be checkmated.