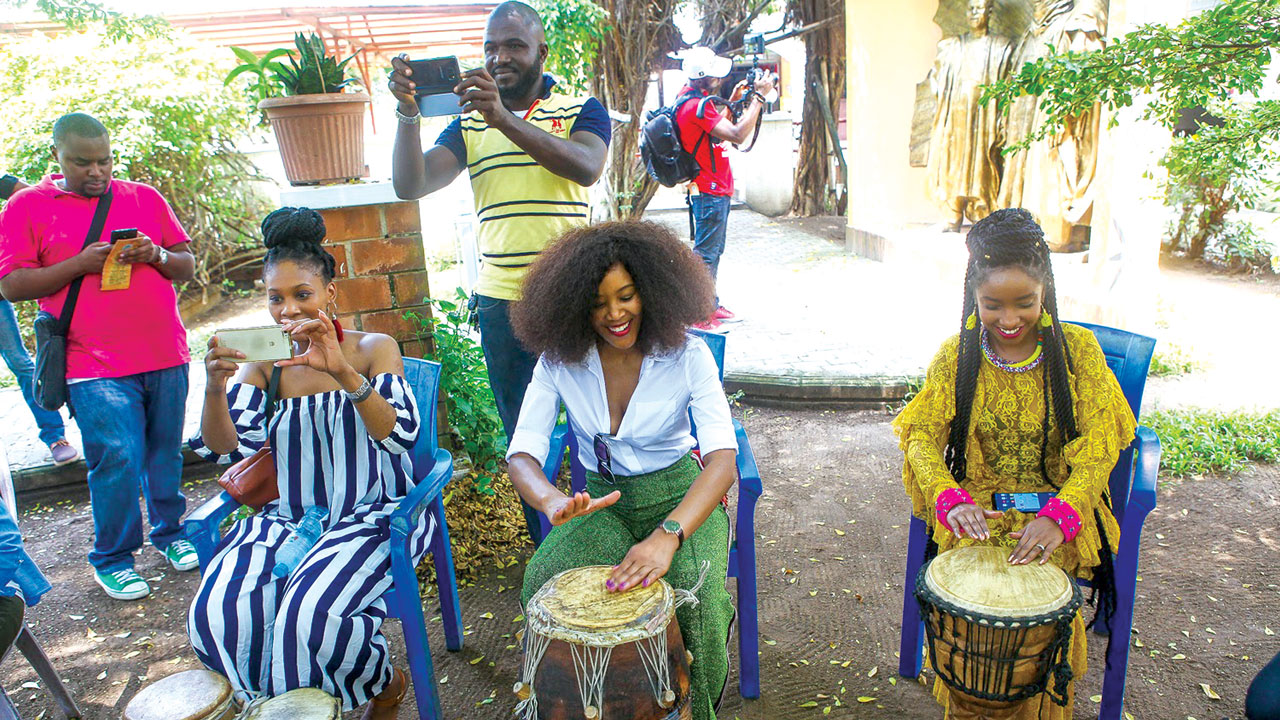 Scenes from the GidiWithGoogle tour 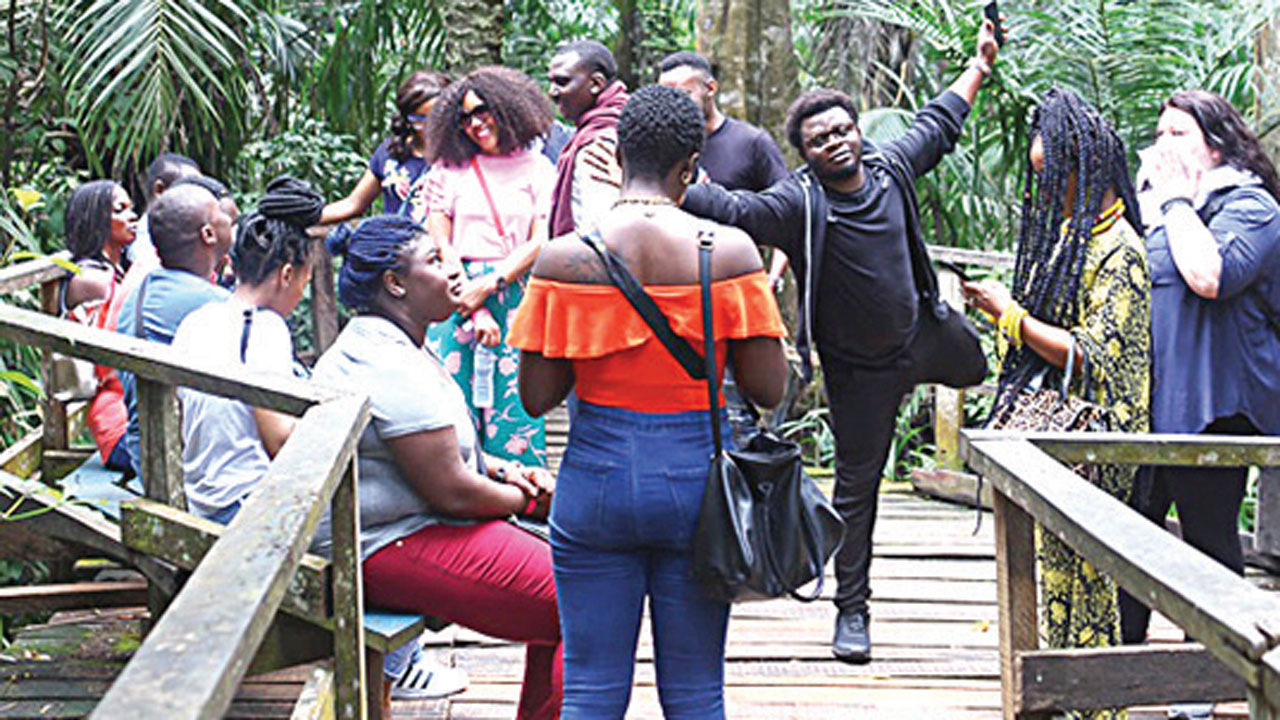 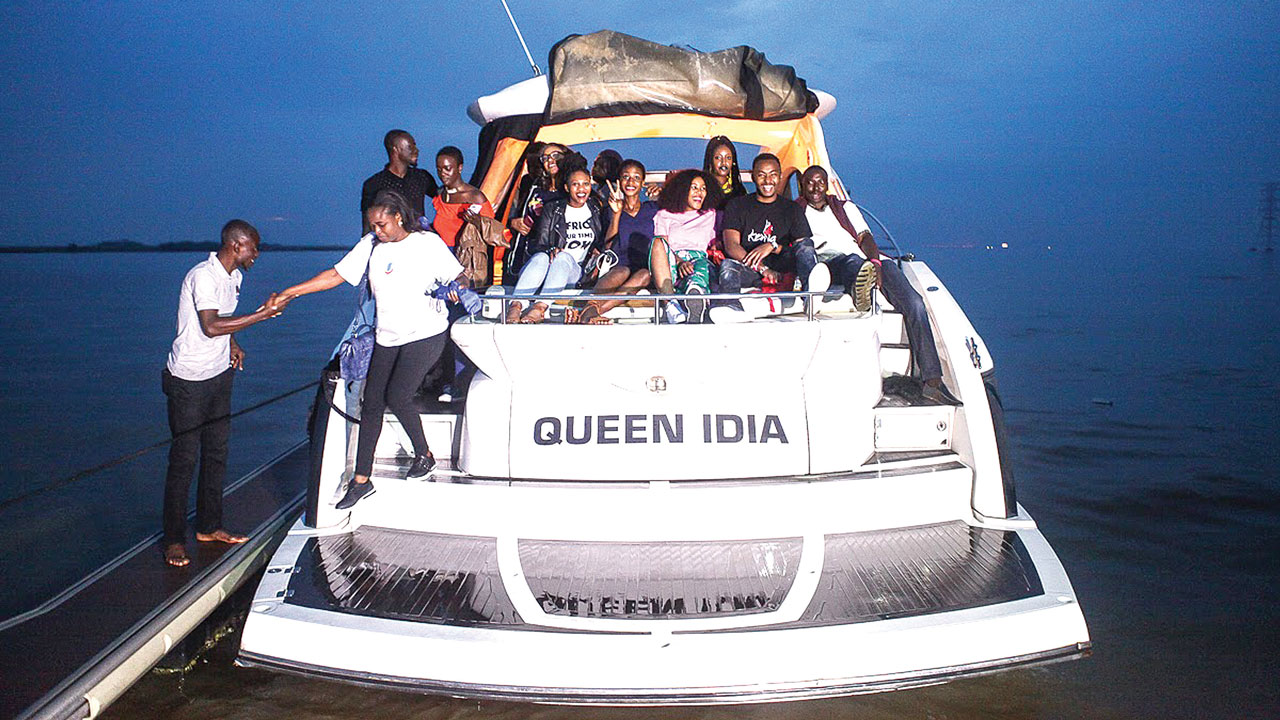 No doubt, Lagos remains the commercial nerve center of Nigeria and Africa in general. However, that’s not all it is about Eko, which is also considered the entertainment capital of the country. Therefore, beyond the hustling and bustling, the city boasts of rich cultural heritage that forms part of its tourism offerings.

Indeed, Lagos offers a wide variety of tourist attractions in the country, though many, especially residents, seem too busy to explore them. This includes its historical sites, extended and roomy river and ocean beaches ideal for relaxation and other water sports, rich and varied handicrafts and other vibrant products depicting or expounding of native arts and lifestyle. A visit to places like Badagry clearly shows that, if well articulated, Lagos could join the league of top tourism destinations in Africa.

Therefore, when Google came up with the idea of a special tour of the city tagged GidiWithGoogle, it was indeed an opportunity to take a break and explore the other side of Lagos. Armed with some very useful Google applications such as Google Photo and Google Map, documenting and sharing the experience with friends on social media was a smooth sail.

The George Hotel, Ikoyi, provided a perfect home away from home for the team comprising of Google officials, journalists and social media influencers from Nigeria, South Africa and Kenya. Set up to conform to quality standards of the world’s finest hotels, The George Hotel is situated on 30, Lugard Avenue, Ikoyi, and provides discerning guests with exceptional levels of luxury in a serene environment. In fact, everyone on the team, including the victors, finds the hotel a perfect accommodation for the tour.

To set the tone for a three-day exercise that also created a platform for participants to bond and discuss the challenges and potentials of Africa, the organisers fixed a special dinner at the Backyard Bar & Grill, a style restaurant located in the heart of Victoria Island. All the introductions and familiarisation happened over the meal, before the team retried for the day.

After breakfast the following morning, the journey to the Lekki Conservation Centre (LCC) started as early as 8.15am. With three buses on ground, participants were shared into three groups with a team leader. And to further cement the bond, each group was a perfect mix of Nigerians, Kenyans and South Africans. Somehow, it really worked. With dedicated free wifi on the go, searching locations and sharing contents online was swift.

On arrival at the Lekki Conservation Centre, the tour guide, who took time to give background information about the site, including the variety of animals in the nature park, conducted the group on a guided tour of the facility.

From its origin in 1990 by the Nigerian Conservation Foundation (NCF), Lekki Conservation Centre has grown into one of Africa’s prominent and most-diverse urban Nature Parks due to its high species richness. Located in the coastal environs covering an approximate land area of 78 hectares, extending from kilometer 19 along the Lagos-Epe Expressway, it ends up a very close distance to the Atlantic Ocean near Okun Ibeju Village, Eti-Osa Local Council of Lagos State.

Some of the facilities include the 401-metre long canopy walkway, a scenic attraction reputed to be one of the longest canopy walkway in Africa. It is an engineering feat and an amazing suspended swinging bridge walkway through the mosaic of vegetation types characterizing the LCC Nature Park. It has the entry and exit portals connecting six towers treating visitors to unique experience/unforgettable chance to explore the Nature Park and get a bird’s eye/panoramic view of the habitat types and sight the unique wildlife that inhabit the Lekki Conservation Centre. However, this is not for the fainthearted.

Others include Jungle gym facilities (Zip Lines, monkey bars, etc) and general serene and secure environment suitable for weekend getaways. Just few minutes in the park, the Internet was flooded with pictures taken by team members, who were obviously excited by the visit.

From the Conservation Centre, the buses rolled to Chef Eros’ kitchen in Lekki for a cooking lesson. Again, the jollof rice debate reared its ugly head again. Really, who makes the best jollof rice? Nigeria, Senegal or Ghana? Well, on this day, Nigeria carried the day; there was no Senegalese or Ghanaian to query the verdict this time. Besides, Chef Eros did justice to the jollof rice; everyone, who tasted it, confirmed.

However, the original plan was to stop over at the Lekki Craft Market for free shopping, but as it turned out, the traders lost one on their members; the market was shut for the day to pay last respect. So, there was an agreement to move the shopping the following day.

To make it a memorable experience, the organisers put together a boat cruise to a dinner on the bay. The take off point was at the Bay Lounge, a new destination restaurant and lounge tucked in the swanky Lekki neighborhood in Lagos. It boasts of a spacious interior and an expansive exterior that offers plenty of space for many fun activities such as dining al fresco, movie nights, live band and a discotheque with the Deejay spinning new and old school rhymes. However, on this day, the team was only on transit.

With a DJ blasting popular Naija tunes in the boat, cruising on Lagos water was indeed fun; even the visitors got hooked in the ride that lasted for close to an hour, before the boat berthed on the bay for dinner. From there, the team retired back to the hotel.

The final day saw the team visit Quintessence Ikoyi for shopping, before heading for the Freedom Park Lagos, where participants were taken on a tour of what used to be the old prison yard. Designed by architect Theo Lawson, Freedom Park is a memorial and leisure park area in the middle of downtown Lagos, which was formerly Her Majesty’s Broad Street Prison.

The Park was constructed to preserve the history and cultural heritage of Nigerians. Monuments in the park reveal the Lagos colonial heritage and history of Her Majesty’s Broad Street prisons. It was built to commemorate the 50th anniversary independence celebration in October, 2010. Today, it serves as a National Memorial, a historical landmark, a cultural site, arts and recreation centre. The tour ended in a performance by a traditional troupe that saw participants showcase their dancing skills, as well as mastery of the drums.

From Freedom Park, the team moved to Kalakuta Republic Museum, Ikeja, former home of late Afrobeat legend Fela Anikulapo Kuti, where they were conducted round the facility. Located on Gbemisola Street, off Allen Avenue, Ikeja, it was renovated by the Lagos State Government and is to be and managed by Total Consult. Fela’s trademark items like dresses; shoes and household materials are on display in the house. Also, his bedroom, sitting rooms, photographs, with over 3,000 of Fela’s clothes, is on display.

From Kalatuma, the team had lunch at the Jevnik Restaurant, GRA, Ikeja, and later moved to Bogobiri in Ikoyi, where the tour was wrapped with a farewell party that lasted into the early hours of the following day.

Are you Self-Employed in Equatorial Guinea? (By Pablo Mitogo and Ana Vizcarro Dyombe)
5 hours ago
ENGIE acquires 100 MW Concentrated Solar Power plant in South Africa
5 hours ago
Hapag-Lloyd opens new office in Kenya
5 hours ago
5th for Clarke at the Royal Bernard Drome Classic
5 hours ago
Africa Can, and Should, Decide How to Harness Its Natural Resources especially with Gas (By NJ Ayuk)
5 hours ago
DHL Industrial Projects is on track with a historic move of 676 passenger coaches across continents
5 hours ago
Vodacom Democratic Republic of Congo (DRC) and Mondia launch first-of-its-kind maternal health service in Democratic Republic of the Congo
5 hours ago