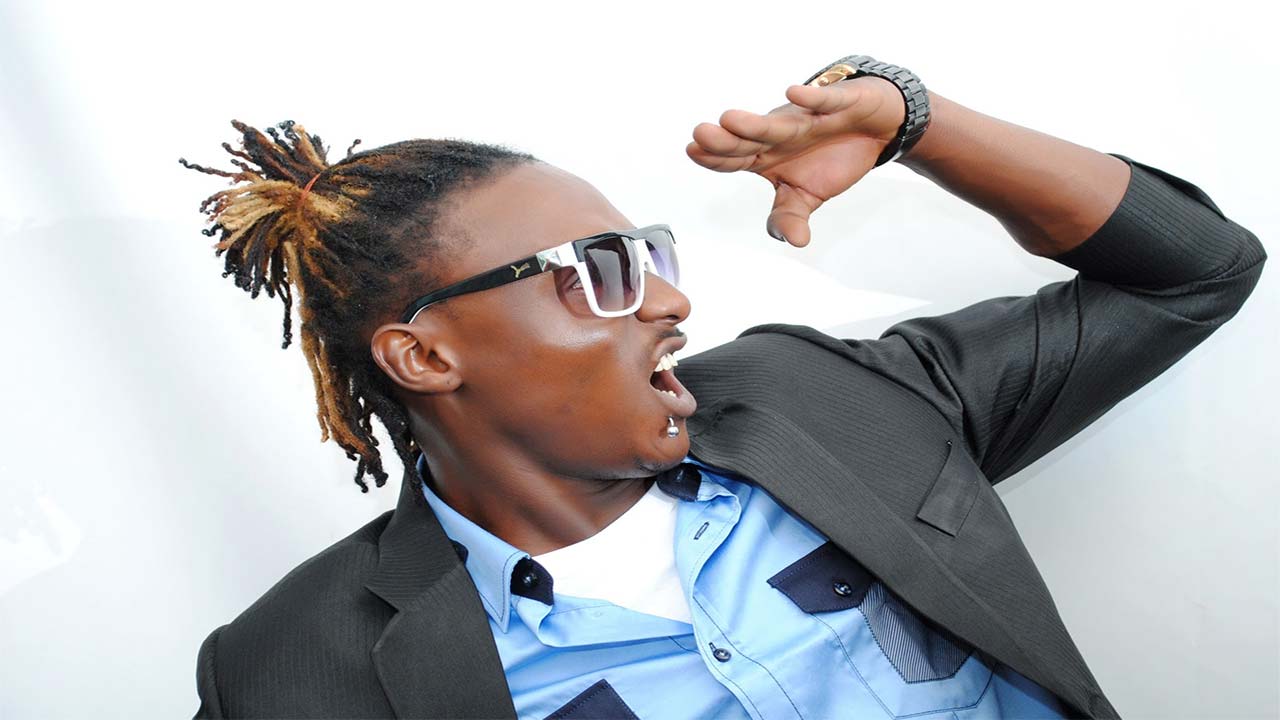 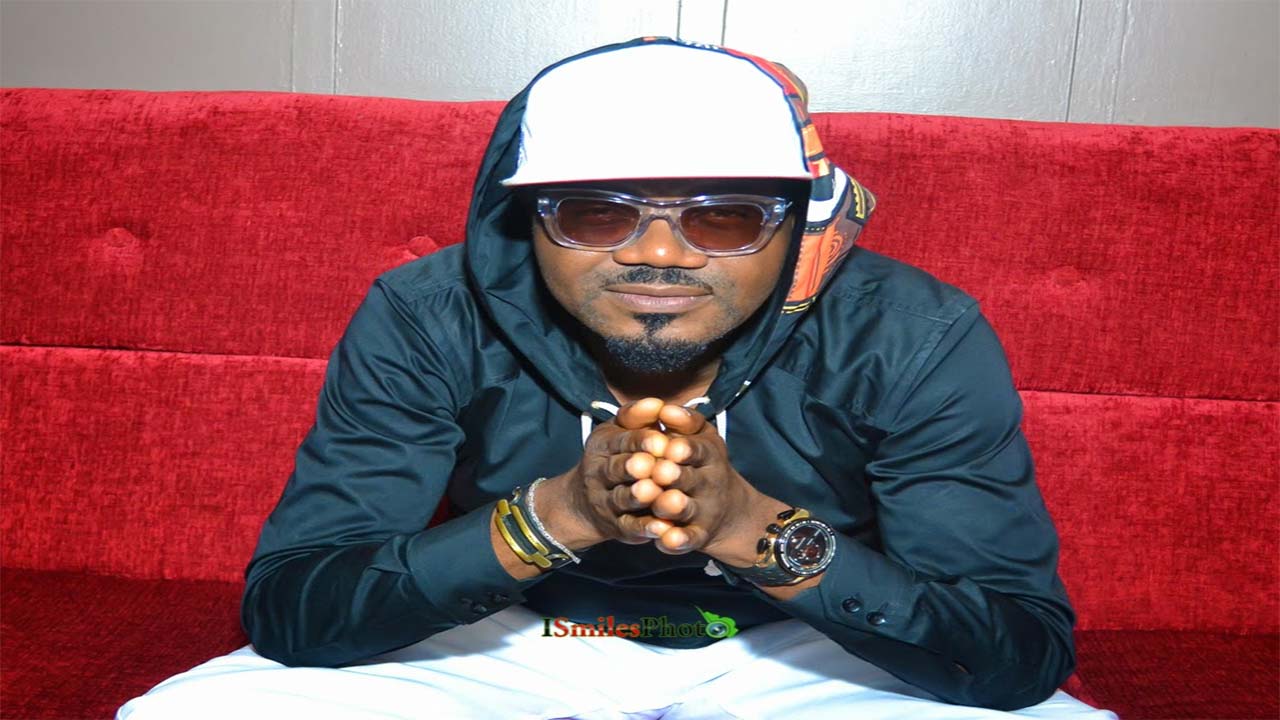 Apologised For His
Dismal Conduct

Following his dismal conduct on Saturday, June 5, and subsequent ban of his songs or any song that he featured in by the Deejays Association of Nigeria (DJAN), controversial singer, Gabriel Amanyi well known as Terry G, has apologised to DJ Jimmy Jatt reportedly slapping his protégé, DJ Phriz, who was holding down for him at MC Bash’s comedy show, D’Good, D’Bad & D’Funny, which held at the Shell Hall of Muson Centre, Onikan Lagos.

He said, “I know I have fallen short of the glory of the industry; I know I have made a huge mistake and it may quite be difficult for a lot people to forgive me, but at the same time these mistakes we call accidental. It was never planned and I’m really sorry about the whole incident; I’m very sure it will never occur again.”

According to him, he was angry and emotional at the same time, adding that the crowd complained about the DJ’s behaviour. “I guess that is why I did what I did because it can happen to anybody. It was an accidental issue that triggered my anger, but nevertheless, it shouldn’t have pushed me to such extent. I’m really sorry, and from the depth of my heart I’m very sorry,” he added.

Reacting on the incident and apology, DJ Jimmy Jatt, said he is trapped in the midst of the whole thing, saying that he is at the peace meeting in three capacities — first as Jimmy Jatt; second as the person that positioned the DJ on the night, because the boy in question is his protégé and he lives with him; so it’s his responsibility to stand for him, and as a strong member of the Deejays Association of Nigeria.

He also stated that he was attending the apology meeting as brother-father figure to Terry G. “So I’m kind of tied up in the midst of the whole thing. In terms of dealing with the whole aspect, I have to come from every angle. It is expected of me to stand up for a boy I put in a position where the incident happened, it is also important that I stand up for a DJ that was unfortunately around to get a treatment like that, and it is important that I stand up for an artiste that I have known for years, know his story even before he began making music,” Jatt said.

He adds, “From what I know of him (Terry G), he is not a disrespectful person. If the matter had nothing to do with me and they were to speak to one or two person about Terry G, about what they know of him and the kind of person he is, I think I will be one of the people that will speak. So for me it was shocking, and I’m like this is not Terry G.

“I was initially really very bitter, but after the demand that was requested and Terry G being the usual Terry, did not hesitate in rendering the public apology which I demanded at the time, I realised that this is somebody that have slept over the issue and has realised that he made a mistake. Nobody is above a mistake in life and that for me is a right step in the right direction. However, that doesn’t take away the fact that it has become a national issue via the Deejays Association of Nigeria, and they have taken their own stand.”

Jatt, promised to use his personality and position as well knowledge and relationship with two people involved, which is the DJ, the artiste and himself to appeal to the Association to probably look into the measures they may have taken, appreciate the fact that they are artiste, and have realised their mistakes.

He noted that as Christians or Muslims, once you ask for forgiveness, you move on, stressing that forgiveness is the key thing, and from his own side he can conveniently say that whatever bitterness he had been nursing have been completely erased, and promised to extend the forgiveness campaign to the Deejay Association so that the same level of forgiveness and understanding will be extended.

“Like said, to err is human; it is an unfortunate incident, but of course it is not the worst thing that has happened in life. It’s sad that I granted the boy a few days leave and he is actually out of Lagos, but he actually stay here with me; hopefully, I will definitely extend your apologies to him,” Jatt added.

Weekend Beat gathered that the Deejays’ umbrella body in a bid to avenge one of their own and register their displeasure, sent out a circular to all Deejays in the country to stop playing all of the ‘ginger the swagger’ exponent songs as well as songs that featured him. The action it was learned was taken to serve as deterrence to the singer as well as other music acts, who might want to exhibit similar action in future.

Though ‘bell ringer’ may have apologised, his apology is yet to be communicated to and accepted by DJAN, as the body had in a statement signed by its National Secretary, Sebastian Ikpoza aka DJ Desert Storm, stated that the ban on Terry G’s songs is indefinite and will hold till the Association finally decide on the next step to take.

“The Deejays Association of Nigeria hereby place an embargo on all songs of Terry G, audio and video (including songs he featured in) indefinitely in all events, lounges, bar, radio and every other spot where it is the duty of a DJ to play music Nationwide,” the statement read.

It was also gathered that Association was looking at the option of instituting a legal action against dreadlock singer, but after wide consultations and deliberations, the decision was been put on hold.

Terry G, who became a household name in 2009 after the release of his monster hit, Free Madness, has been involved in one controversy to the other.

Weekend Beats
AFRIMA Appoints Makhtar Diop as Senegal Country Director
10 mins ago
The International Executive Committee of the All Africa Music Award (AFRIMA), in conjunction with the African Union Commission (AUC), on Tuesday, appointed Mr Makhtar Diop as the country director
Nigeria
Buhari’s 2022 Independence Day address
28 mins ago
Fellow Nigerians, I address you today, with a deep sense of gratitude to God and a high level of appreciation to all Nigerians whose tremendous goodwill gave me the opportunity to provide leadership...
Nigeria
Buhari decries Africa’s low trade partnership
34 mins ago
President Muhammadu Buhari has decried the level of trade among African countries but stated that the Continental Free Trade Area (AfCFTA) would succeed if the various governments demonstrate
Nigeria
Missing INEC staff found dead in Anambra
44 mins ago
An employee of the Independent National Electoral Commission (INEC), in Anambra State, Duruocha Osita Joel, who was declared missing, has been found dead.
Nigeria
Retirement age: Nurse tutor drags FG to court
44 mins ago
Nurse educators under the Federal Ministry of Health have dragged the Federal Government to court seeking an interpretation of the newly signed harmonised retirement age for teachers in Nigeria.

Personality
Deola Aina: Being a makeup artist
10 Jun 2020
Deola Aina is a makeup artist and photographer. She's also a wife of a popular Nigerian Ace Film Maker Director Mattmax. Over the years, Awele Aina has trained over 5,000 students through her master class, monthly class, one on one class and brush up classes in almost every major city in Nigeria. It is also…

Guardian Life
Make Music Lagos Goes Virtual For The 2020 Edition
15 Jun 2020
“The pandemic may rage on but the music must keep playing,” so said the Make Music Lagos 2020 organizing committee, comprising of Showgear and its partners, as they announced the schedule of events for MAKE MUSIC LAGOS 2020 as part of the buildup to the upcoming celebrations of WORLD MUSIC DAY in Lagos which will run for a week from Monday 15th June to Monday 22nd June.

arts
I draw inspiration from sound, energy, says QD Wise
24 Jun 2020
Lagos-based rapper, Quadri Alajede Zubair, popularly known as QD Wise, believes that music is one of the best ways to inspire and motivate people, especially, at this time when the world is ravaged by coronavirus pandemic.

What's New
Late Dagrin's Former Manager Olamus Slumps And Dies
29 Sep 2020
Talent manager Ola Badmus professionally known as Olamus, the former manager to late Nigerian rapper Dagrin is dead. It is gathered that Olamus slumped and died in his Lagos residence on Sunday, September 27. Olamus is reported to have managed the late Dagrin as well as a number of other notable Nigerian celebrities. Music producer…

Music
Buckwyld ‘N’ Breathless: A Decade Pushing The Envelope
5 Dec 2020
The genius thing we did was we did not give up” - Jay Z.   Audacity. That’s probably the word that best captures the fuel that powered the push. The push that grew Nigerian music from the doldrums in the 90s to the dizzying highs it’s hitting in 2020 and I am super proud to…