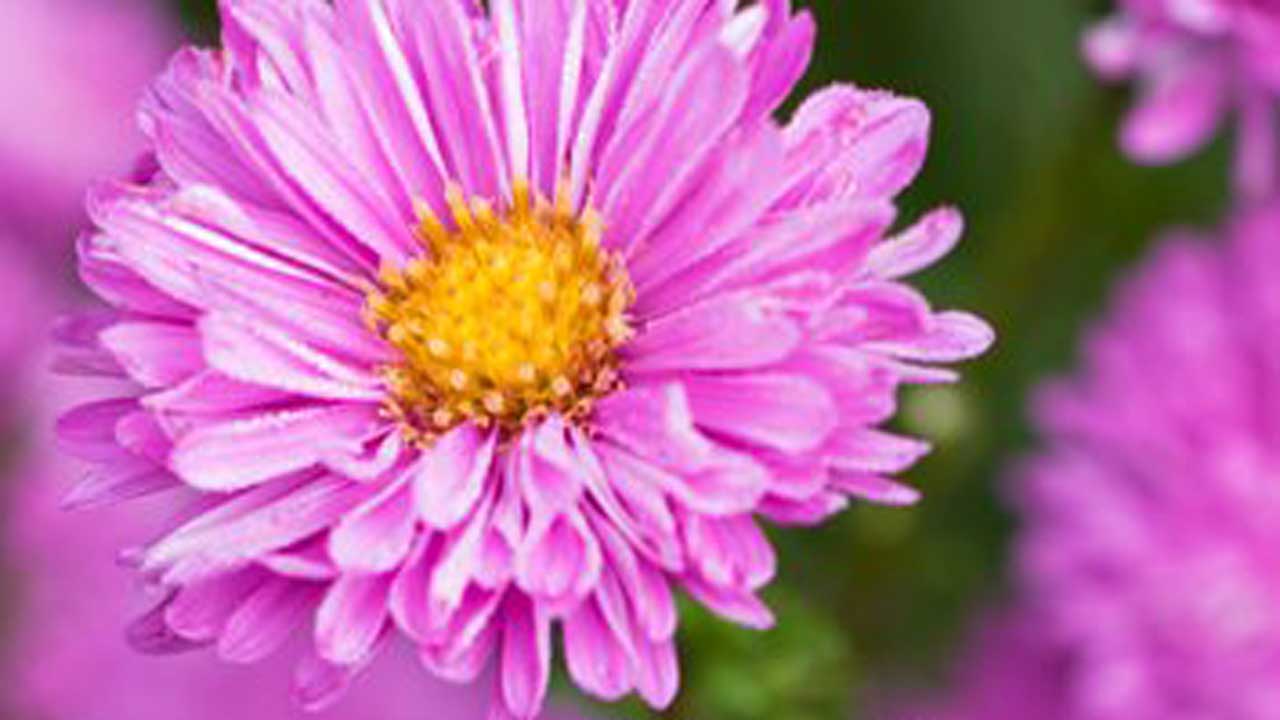 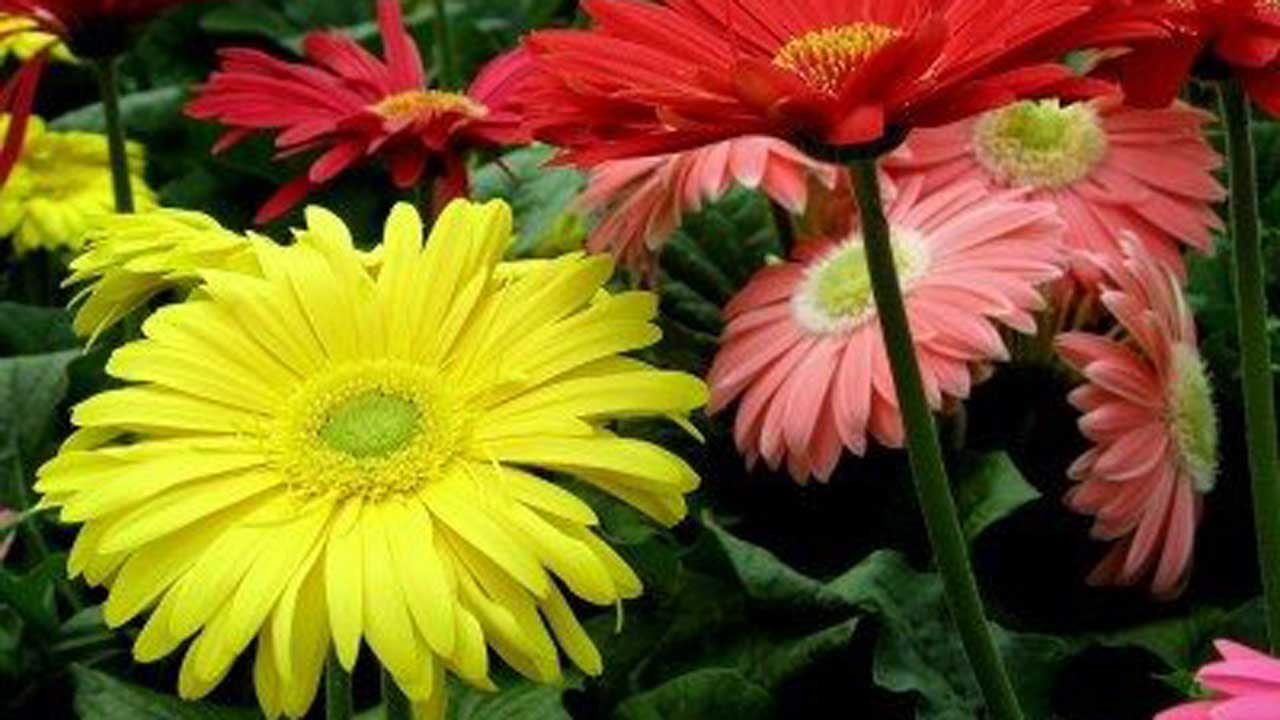 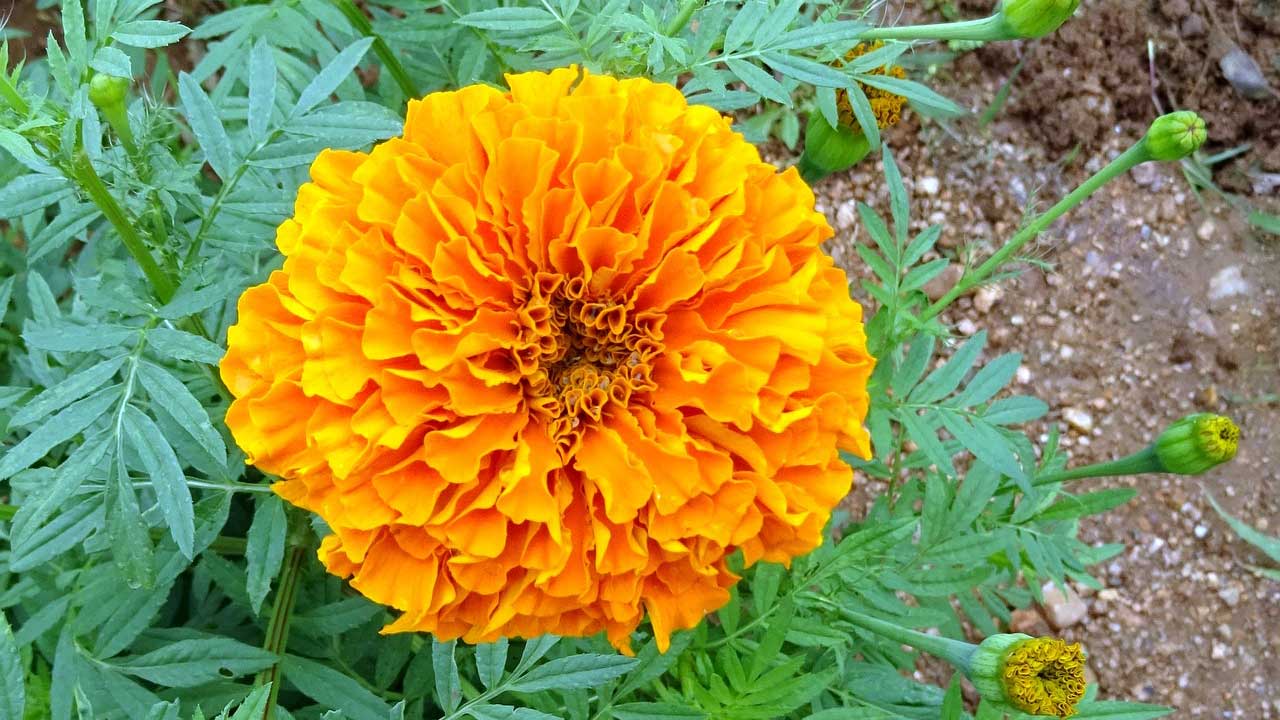 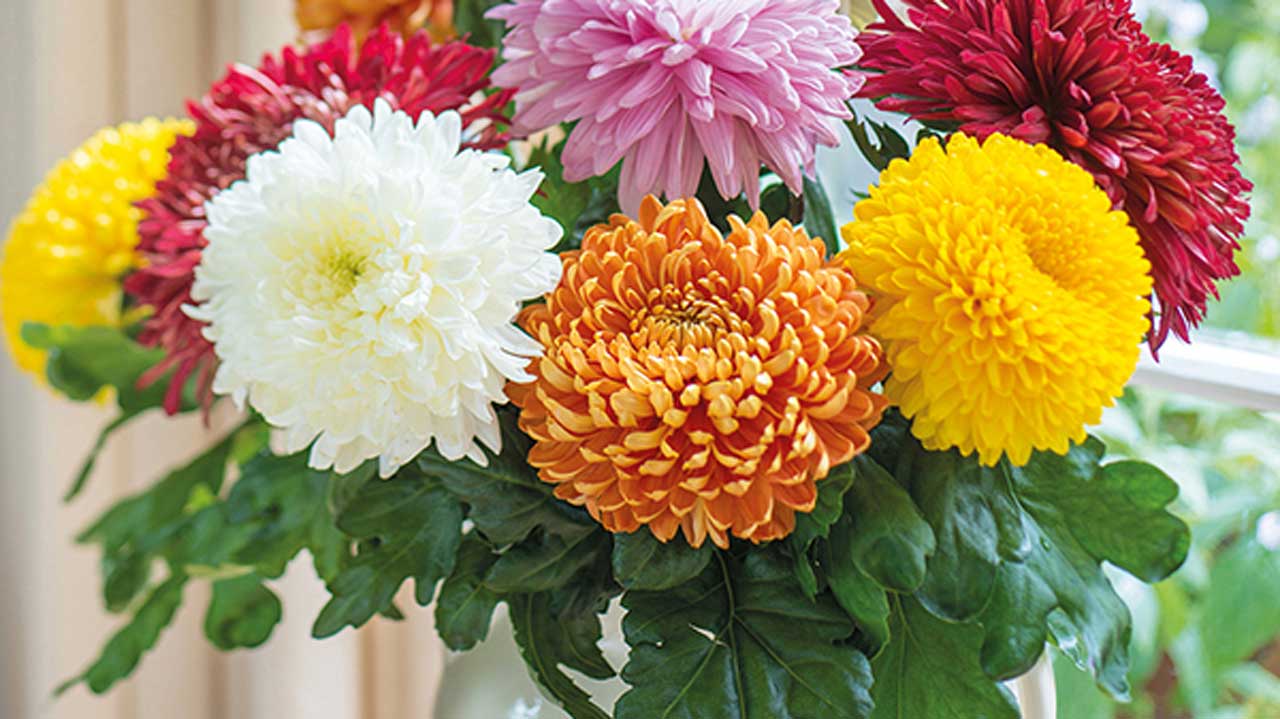 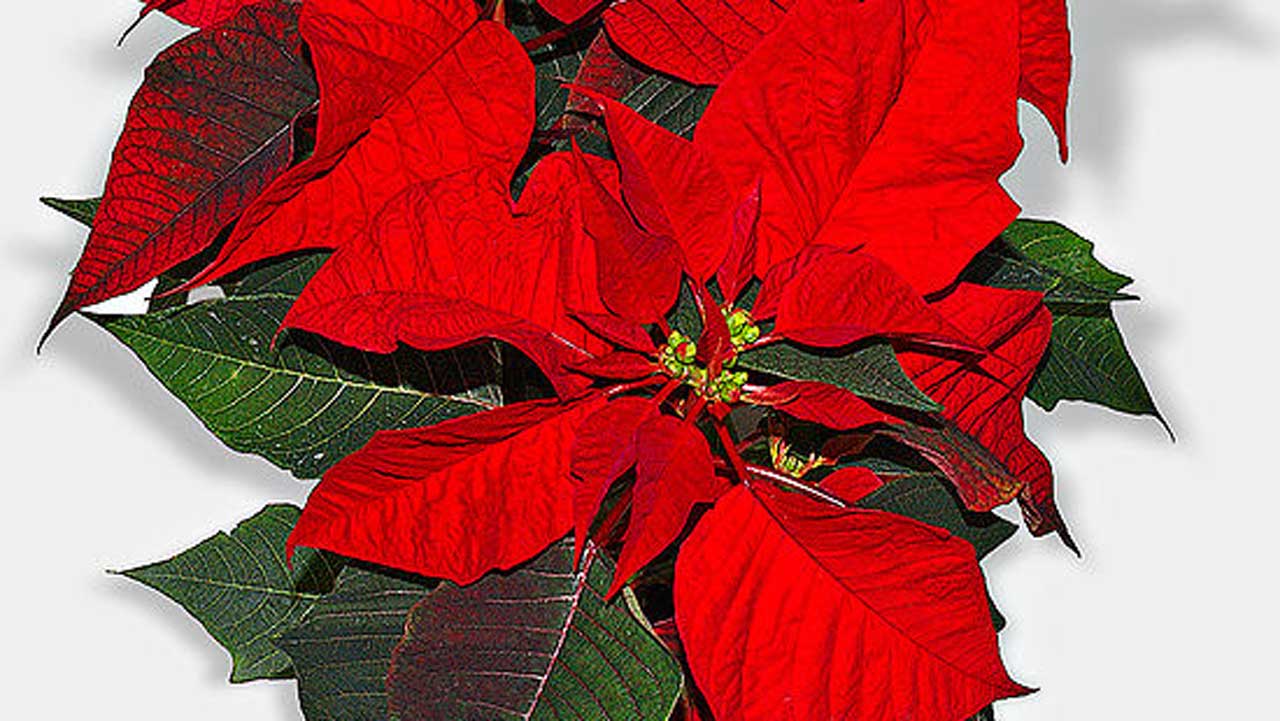 December Poinsettias represents good cheer and merriment
Did you know that every month has a birth flower and that, like birthstones each has special meaning? Like people, each birth flower is distinctive filled with significance and wonderful stories. Birth symbols are abundant in various traditions and, in some cases dates back thousand of years. For example, Babylonians adopted the zodiac symbols from ancient Egypt, aligning character traits with each constellation they saw in the night sky. The Druids created Celtic tree astrology, assigned trees to different periods of the year and matched personality traits of those born under the sign. The tradition of a particular type of flower as birth day gift dates back to the Romans, and like gemstones a tradition believed to have originated in biblical times with the current list of stones dating to 1912- each carries a specific meaning associated with the month.Each month has a flower that symbolizes the month of somebody’s birth. The characteristics that the flower has may be “inherited” by whoever is born in that certain month. Characteristics such as appearance, color, and scent have relevance.

Flowers by Month is a term describing flowers related to a recipient’s birth month, and in general flowers associated with particular months of the year. It is one of a class of specialized categorizations offered by florists.

Rumors has it, the tradition of celebrating birth flowers originated long ago when the Romans began commemorating birth and birthdays by using certain special flowers. Depending on the birth month, different flowers were given as gifts and used for celebration decorations.

In a cultural sense, flowers characteristics and qualities have relevance to a person’s date of birth. For each month of the year there are seasonal flowers to celebrate birth and birthdays and also taken as gifts. Therefore the Romans can be credited with the tradition of birth flowers. Regardless of your beliefs, you can do as the Roman to keep the tradition alive by giving these unique floral gifts by sending a meaningful arrangement that’s tailored to your recipient’s birth month. Make their big day one to remember with a flower arrangement that matches their birth month that is original, special and extraordinary – just like they are. Birth month flowers categorization is an important area of flower symbolism and meaning. To help you understand, here is a summary of floral symbols for each birth month and their meaning.

January: Carnation
In the north of the Northern hemisphere, January is a cold gloomy month, but in non-frozen areas, many flowers will bloom in cool weather and carnation is one of them. Loved for its ruffled petals, wide array of colors and long vase life, carnation is the birth flower for January. A good choice as it’s one of the few flowers that can thrive in cold weather. To people with January birthday , a richly colorful and fragrant gem. Representing pride, beauty, admiration and gratitude, fascination, distinction, divine love, woman. The meaning of carnations varies from color to color but is generally accepted as devotion because of this it is said that people born in January make loyal and dependable friends. The flower is also the symbol of motherly love, making it a popular choice for both mother’s day and weddings. Carnations are sweetly fragranced.

February: Violet ,Iris, Primrose
It should not come as a surprise that the iris’s three upright petals symbolize faith, valor and wisdom. They also symbolize valued friendship, hope, my compliments and passion. Violet and the primrose also
Symbolizes faithfulness, humility and chastity, modesty, distinction, virtue. Those born in February are said to possess the qualities of humility and honesty.

March: Daffodil
Also known as narcissus, jonquil, daffodils are synonymous with the onset of spring in the northern hemisphere. Nothing signifies spring like a bundle of daffodils poking through the late season snow. It’s with good reason, then, that daffodils symbolize new beginnings and rebirth and rejuvenation. They also represent faithfulness due to their ability to bloom year after year. For different cultures daffodils represent different things. In China, they are signs of good luck and prosperity because they bloom during the Chinese New Year. They are celebrated as the national flowers of Wales.
Daffodils are also the flowers for the cancer care charity Marie Curie. The colors of the bloom include white, yellow, orange. A gift of these flowers convey hidden meaning of friendship and happiness.

April: Sweet Pea, Daisy
April’s flower daisy is associated with purity, innocence and loyal love. It also represents fertility and motherhood and reasons it is commonly gifted to new mothers. Daisies are more popular in flower chains than in the vase, a bouquet of big colorful boisterious gerbera daisies will make wonderful surprise for someone with April birthday. Sweet pea flower, which bloom in a range of soft colors as well as two-tone colors, is said to symbolize pleasure or goodbye. In Victorian era, these flowers are sent to someone to convey gratefulness. Epitomizing childlike joy and playfulness, these April birth flowers capture the essence of spring’s happy-go-lucky, forever-young attitude.

May: Lily of the Valley flower
Those lucky enough to have been born in May can claim the exquisite lily of the valley as their birth flower. A favorite of royal brides, this elegant flower has white dainty bell-like flowers and beautiful sweet fragrance. The fact that may only bloom for a short season (typically from march to may) adds to their exclusivity and appeal. May’s flower conveys sweetness, happiness, humility and hope. In Victorian era, it was given to convey romantic message “you have made my life complete” and a “return to happiness” In the language of flowers May birth flowers expresses purity of heart, majesty and honor. The lily’s intoxicating scent gives it a celebratory edge.

June- Roses
June birthdays belong to one of the most popular flowers of all time – the rose. Roses have been cherished for their classic beauty and fine fragrance for centuries. The ancient Greek and Romans identified roses with love and passion beginning with their association with the goddess Aphrodite, Isis and Venus. The meanings, the underlying message the flowers convey are that of love and passion, gratitude and appreciation.

July: Delphiniums or Larkspur and Water lily
The flower of July. This cottage classic is one of the few true blue flowers. Like the rose the Delphiniums is another flower that it’s meaning varies from color to color. In general through it is said to symbolize an open heart, a trait said to be shared with those who celebrate a July birthday. Water lilies also known as “Queen of the W aters” symbolizes life, love and enlightenment. Meaning joy, sweetness and laughter.

August: Gladiolus
This striking bloom is characterized by its pointed tips and dramatic stalks of flowers. It blooms in a variety of colors like red, pink white, black and mauve. The name of the flower, which looks like a sword, is derived from the Latin word ‘gladius’ meaning sword. These flowers represent strength with grace. Meaning : Moral integrity, sincerity, strength and generousity.

September: Aster
Aster or September flower is the flower for this month. It is found in a number of colors red, pink, white, lilac and mauve. The name of the flower which looks like a star is derived from the Greek word for star. Like little starbursts and with their elegance and wild beauty, the flowers symbolize love, faith, wisdom and color. Meaning: Elegance, Love and affection.

October: Marigold or Calendula
The Marigold or Calendula is the birth flower for October. With their golden blooms and spicy scent marigold are a favorite with many keen gardeners. Brilliant and richly colorful, marigolds represent warmth and grace. Meaning: Joy, Modesty, and Grace. As one of the hardiest flowers, the marigold is said to represent a stubborn determination to succeed. If you’re probably driven, passionate and creative – just like your birth flower.

November: Chrysanthemum
A November birthday just begs to be celebrated with bouquet of Chrysanthemum. Chrysanthemum comes in a whole host of different colors, each one with their own symbolic meaning. Typically Chrysanthemum stands for cheerfulness love and friendship and abundance. Chrysanthemum are also thought to bring joy into the home. Chrysanthemums, a symbol of the sun, have held noble positions in ancient cultures. First cultivated in China in the 15th century BC, the Chrysanthemum has a long and fascinating history. Confucius suggested they be used as an object of meditation. Today it is one o the worlds most popular cut flowers owing to its variety and versatility. In Japanese consider the orderly unfolding of their petals to represent perfection and the flower is so revered it has a special day dedicated to its honor. Chrysanthemum day, also known as the festival of happiness, is celebrated on 9th September annually. Signifying optimism and happiness as gifts they simply convey the message ”Be happy”Meaning: Cheerfulness, Friendship and Abundance.

December: Holly and Poinsettia
These floras are typically associated with Christmas. Poinsettias considered by the ancient Aztecs to be symbols of purity, in today’s language of flowers, red, white, or pink poinsettias, the December birth flower symbolizes good cheer and successes and hope and are said to bring wishes of mirth and celebration. Meaning : self-esteem, hope and good fortune.
The holly is also the birth flower for December. Though technically foliage and not a flower, the glossy green leaves and bright red berries of the holly are synonymous with the Christmas spirit of good cheer and an appropriate choice for celebrating a December birthday. In terms of symbolism, the holly has always had powerful connotations. In pagan times it was seen as not only a symbol of fertility but as an effective charm to ward off witches and misfortune. For Christians the thorny foliage and blood-red berries make holly a symbol of the suffering of Jesus Christ. Symbolizing good cheer and merriment, the December birth flowers are a fitting tribute to December’s joyful celebrations.

Which is your birth flower? Does it reflect your personality traits?