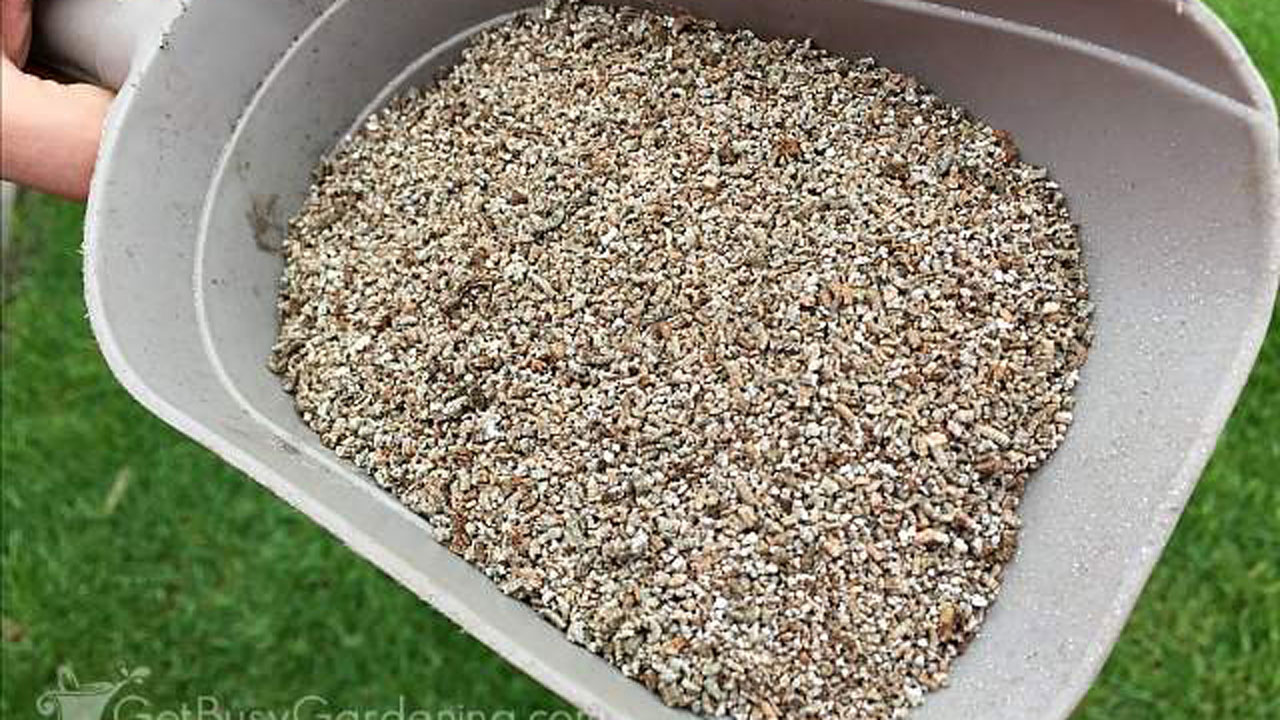 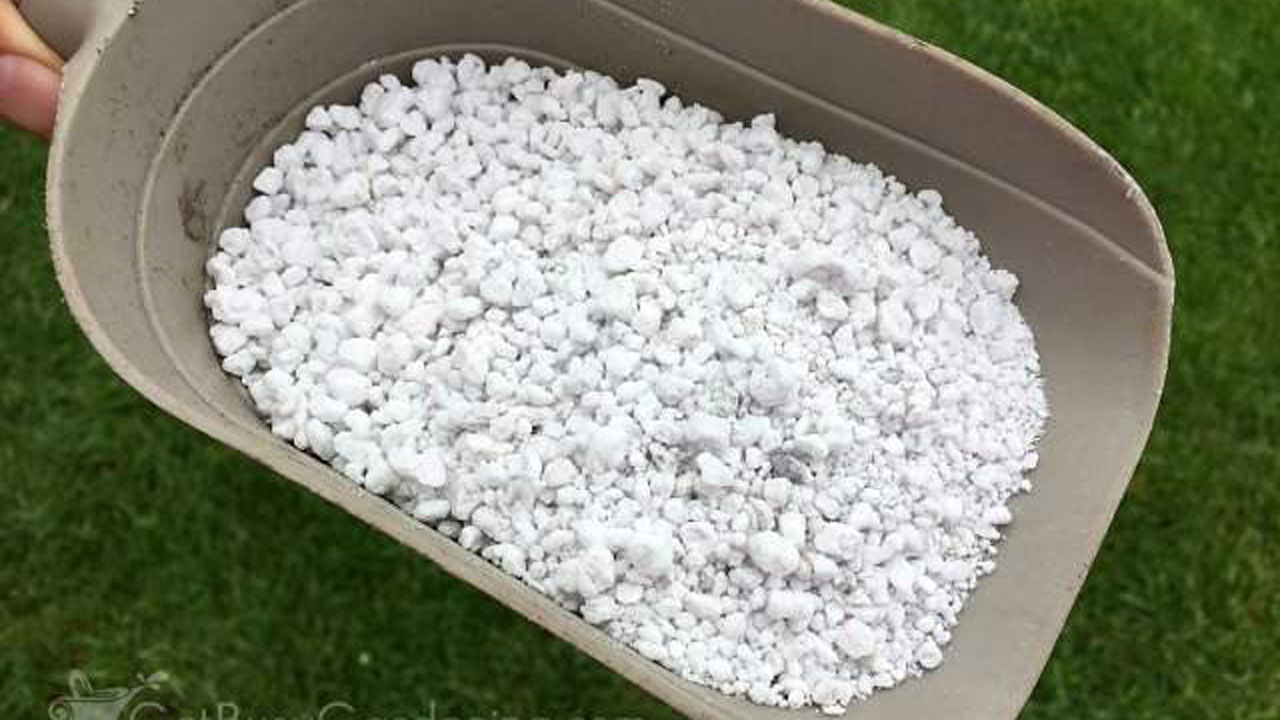 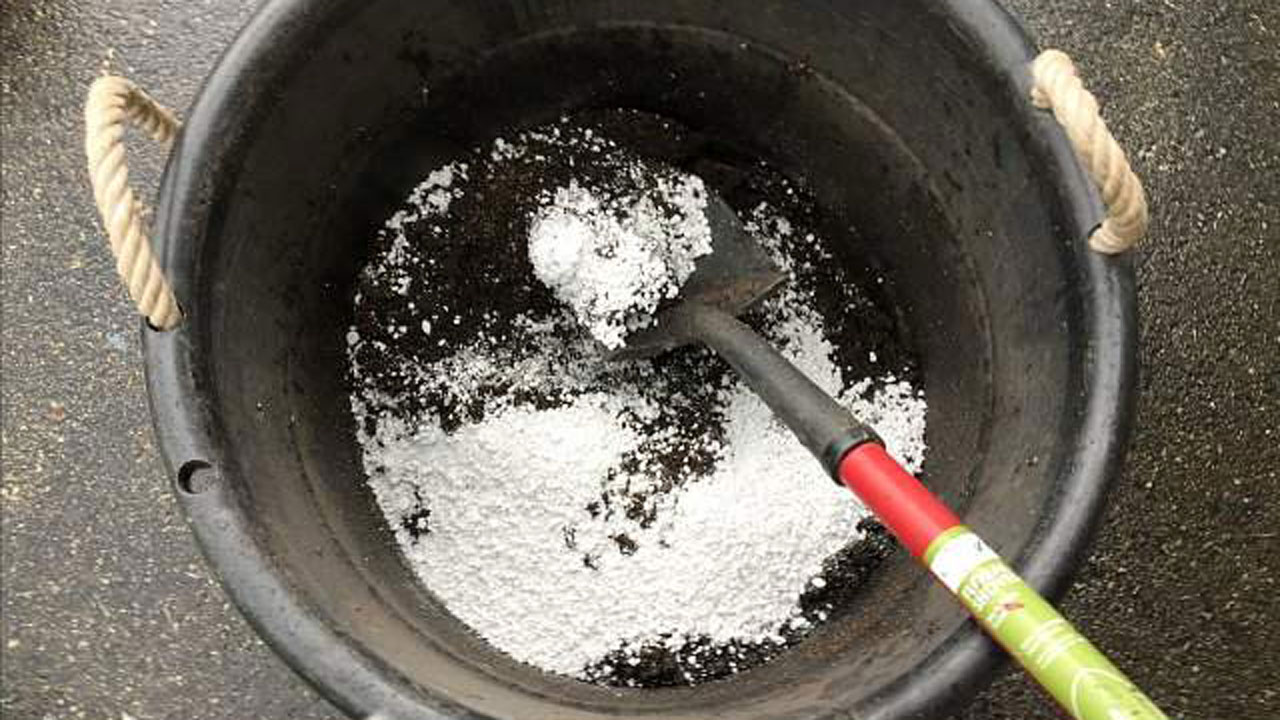 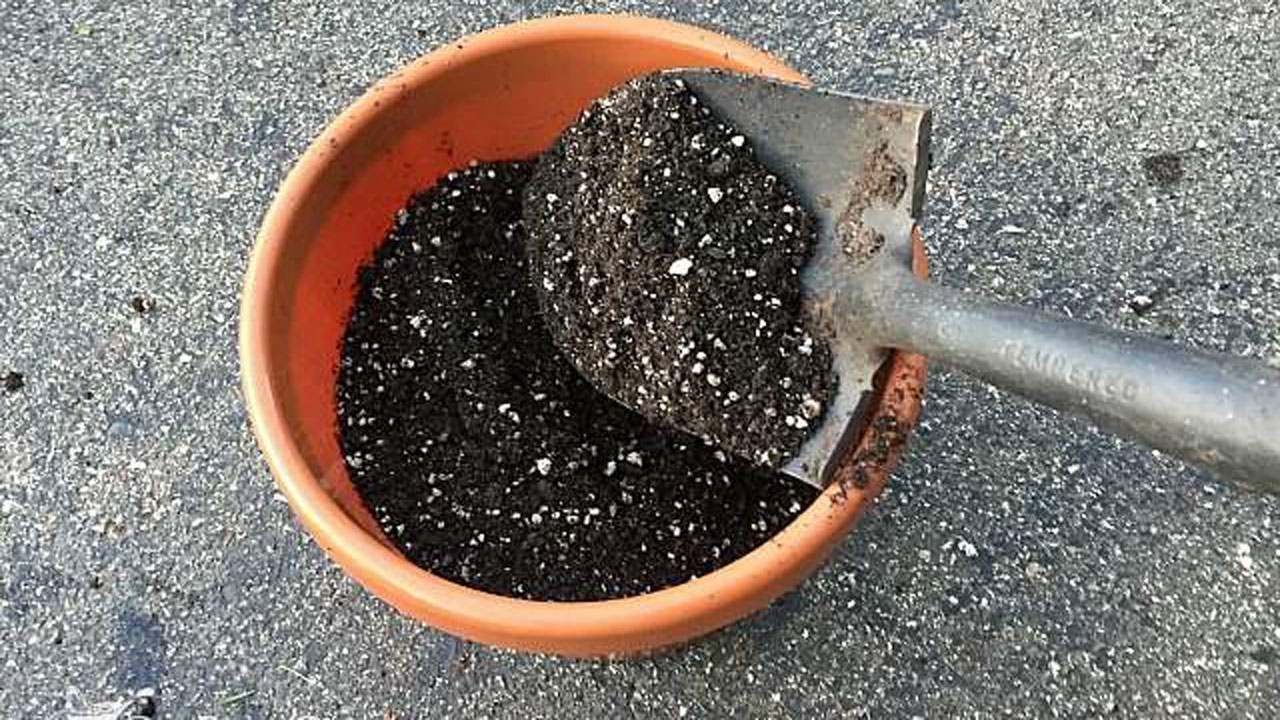 Best soil for container garden is light and airy
Using the right potting soil mix is one of the secrets to gardening success.

Using Soil and Potting Soil Mixes
Well prepared garden soil is great for growing things in the ground, but when it comes to growing things in containers, soil as you know it needs to be changed. Soils for containers need to be well aerated and well drained while still being able to retain enough moisture for plant growth. When choosing what to use to fill containers, never use garden soil by itself no matter how good it looks like or how well things growing in it out in the garden. When put into the container both drainage and aeration are severely impeded, and the results are that plants grow poorly or not at all.

Soils for containers are always modified in some way to ensure proper drainage and aeration. Container soils are often referred to as soilless or artificial media, because they contain no soil at all. They are often composed of various things such as peat, vermiculite, bark, coir fiber (ground coconut hulls) in a variety of recipes depending on the type of plant being grown. Succulents, herbs, and perennials tend to prefer soils that are well drained and not retaining a lot of moisture over a long period of time. For them you might choose media that is coarser in texture containing more bark, perlite or sand. For tropical and foliage plants, you may choose a media with more peat and less coarse material as these plants tend to prefer moisture growing conditions. When these mixes are used, they should be moistened slightly before planting. Garden soil can be used as container media but it needs to be modified or amended. An acceptable soil based mix can be made by using one part garden soil, one part peat moss and one part perlite or coarse builders sand. Don’t use fine beach sand or play sand.

Soil is the foundation in which plants grow, so it is important to always start with a good potting mix. This is especially true for growing plants in containers, since they rely on us to provide the nutrients they need to survive.
Whether you use it with houseplants, hanging baskets, or for pots and window boxes outside, and raised beds, potting soil is an essential element in any garden container. That’s because potting soil is different from gardening soil: it is lighter and airier, so helps to keep water moving from top to bottom and keep plant roots as healthy as possible. Gardening soil, on the other hand, moves water to the bottom and holds it there. But pre-packaged commercial potting soil can be expensive, particularly if you have lots of containers and flowerpots, fortunately, you can make homemade potting soil quickly and easily with readily available ingredients.

Although purchasing the base ingredients and developing your own mix may not result in a cheaper mix, it does offer you the opportunity to be creative and modify mixes for specific goals or plants that you feel would make a media better for your situation. One can experiment more with container gardening. Since everything is “contained” it is much easier to control soil borne diseases.

Containers also make fertilizing easier too; you can give each container different soil amendments and nutrients specific to the needs of its plants.
Mixing homemade potting soil gives you the flexibility to give your container garden the nutrients it needs to grow healthy and strong.

Some plants require potting soil that is specific for their environment. For example, an African violet would grow better in potting soil containing extra peat moss, while a cactus requires sharp (i.e. plenty of) drainage, most commonly perlite or sand.

Commercially available potting soil is sterilized, in order to avoid the spread of weeds and plant-borne diseases. It is possible to reuse commercial potting soil, provided the remnants of plant roots; fungus, weeds and insects are removed from the mixture through heating or sterilization before new planting can take place.

What Is Potting Soil?
Potting media, which is a coarser texture than garden soil, which is considered too heavy for growing houseplants, commonly used in container gardens and in trays for sowing seeds. Ingredients commonly used in potting soil are peat, coir perlite, vermiculite, although others are used and the proportions vary hugely.

Ingredients recommended for potting media have changed over the years as research conducted by professional horticulturists has identified components that are beneficial fsowing seeds and plant growth. Before the mid 1900’s, soil based potting media was commonly used; however, in recent years, peat-based soilless mixes have become more popular. Many ingredients are now available to gardeners who choose to a homemade potting media instead buying the commercially made. Either soil based or peat-based potting media can be made at home by combining individual ingredients. The best homemade potting soil mixes have three main ingredients: a growing medium, something to help retain moisture and nutrients and something to promote drainage.

Growing Medium: Sterilized garden loam soil commonly called garden or topsoil and sold in garden centers. Don’t use soil that contain pesticides, chemical fertilizer residues or other environmental pollutants. Solarise the soil first by covering the pile with clear plastic sheeting for at least four to six weeks to kill weeds, seeds, pests and pathogens. Sterilization is also possible in an oven or microwave, but this method leaves the house smelling, well, earthy.

Moisture Retention: Sphagnum peat moss. It is harvested from bogs that have been drained, so the moss has dried and turned a light brown color; you may need to moisten lightly before mixing in the potting soil. Limestone must be added to mixes containing sphagnum peat moss to help balance the finished product’s pH.

Coir Fiber: A by-product of the coconut industry, coir looks and acts a lot like sphagnum peat moss. It even has more nutrients than peat moss and last longer, and is used as an alternative.

Drainage: Perlite, vermiculite or sand. Perlite, a volcanic rock is heated and expanded to become a lightweight sterile addition to potting soil mixes. It holds 3 to 4 times its weight in water, increases pore space and improves drainage, with a neutral pH; perlite can be used in place of sand when a lighter mix is required. Mix those three ingredients in equal proportions, adding more of any ingredient until you have a loose clumpy mix.

Recipe 2
There is a second way to make homemade potting soil that involves fewer ingredients, and is favored by organic gardeners. To make compost–based potting soil, simply mix equal parts of sterilized soil and compost (pre-packaged or homemade), add sand or pebbles as needed to increase drainage.

Soilless or Peat-Based Potting Media
Soilless mixes or peat or coir based potting media do not contain any soil, but generally consist of peat moss or coir combined with horticultural grades of vermiculite and/or perlite and added fertilizer. Peat-based media are useful for seed germination because they are relatively sterile, light in texture and weight, and uniform. The light texture enables seeds to readily germinate and emerge, allows tender roots to grow, and makes transplanting seedlings easier. In general standard media recipes are created based on the types of plants being grown (example bedding plants, potted plants or for seed germination). A standard recipe for a homemade soilless mix consists of sphagnum moss or coir and half perlite or vermiculite. To mix ½ bushel basket or four gallons of media:
Start by pouring two gallons of peat moss into the bushel basket
Add two gallons of either perlite or vermiculite and mix thoroughly
Moisten the mix before using in pots or flats.

Fertilizing Homemade Potting Soil
Whether soil-based or peat-based media often has a pH that is too low (generally bellow 6.0) and should be adjusted. The range in which all nutrients are available to most plants is between 6.0 (slightly acidic) and 7.0. Adding ground calcitic limestone or agricultural lime raises media pH and containers calcium, which strengthens cell walls. Dolomitic limestone also raises media pH and supplies magnesium as well as calcium. Four level tablespoons of limestone (about 2 ounces or 57 grams) can be added to the bushel basket. Soilless or peat-based media often require the pH to be adjusted upward. (To 6.0 and 7.0) and buffering to prevent rapid drops in pH, while the plant is growing. One way to do this is to apply an alkaline fertilizer. Two teaspoons (about ½ ounces or 14.2 gram s) of potassium nitrate (15-0-15) and the same quality calcium nitrate (15.5-0-0) can be added to supply nitrogen and potassium. To supply phosphorus, 2 level teaspoons (about an ounce or 28.4 grains) of 20% superphosphate (0-20-0) should be added. Alternatively, a slow release fertilizer and limestone will achieve the same effect.

After fertilizer and limestone are combined and blended with the primary ingredients, the media should be sifted through a piece of ½ inch wire mesh screen called hardware cloth to break any large clumps into fine pieces. Media used to germinate seeds should be sifted through a ¼ inch hardware cloth to finer texture. Lastly don’t forget to moisten the media before sowing or planting begins. After media has been mixed, the excess media should be stored in watertight clean container such as a plastic trashcan.

Now that you can have a better knowledge of the basic components and recipe for making homemade medium, you can adjust and mix your own custom blends of potting soil with readily available ingredients to develop soil mixes as you can see fit, specifically for your garden needs. It allows you to pick and choose your nutrient sources, especially important to organic gardeners looking to cut out the chemicals. All good potting soil is easy to handle, is well draining and contain ample organic matter. It should provide physical support to your plant as well as nutrients and sufficient water and air. Making your own potting soil mix is easy, and it gives you complete control of one of the most critical steps in the growing process. Like all good recipe, quality ingredients are key to making healthy potting soil. Keep in mind that not all bulk materials are created equal. If you choose to use a locally available source of compost or other alternative materials in your mix, you should then be aware of their nutrient contents and cleanliness. Both factor will affect the success of your plants and experimenting may result in media you consider better than commercially available media, or it may result in poor plant health and death. As the mixer and designer, you are also the one responsible for the results.
Good Planting!!!