Worship, praise, spoken word and dance at ‘The Invasion Lagos’ 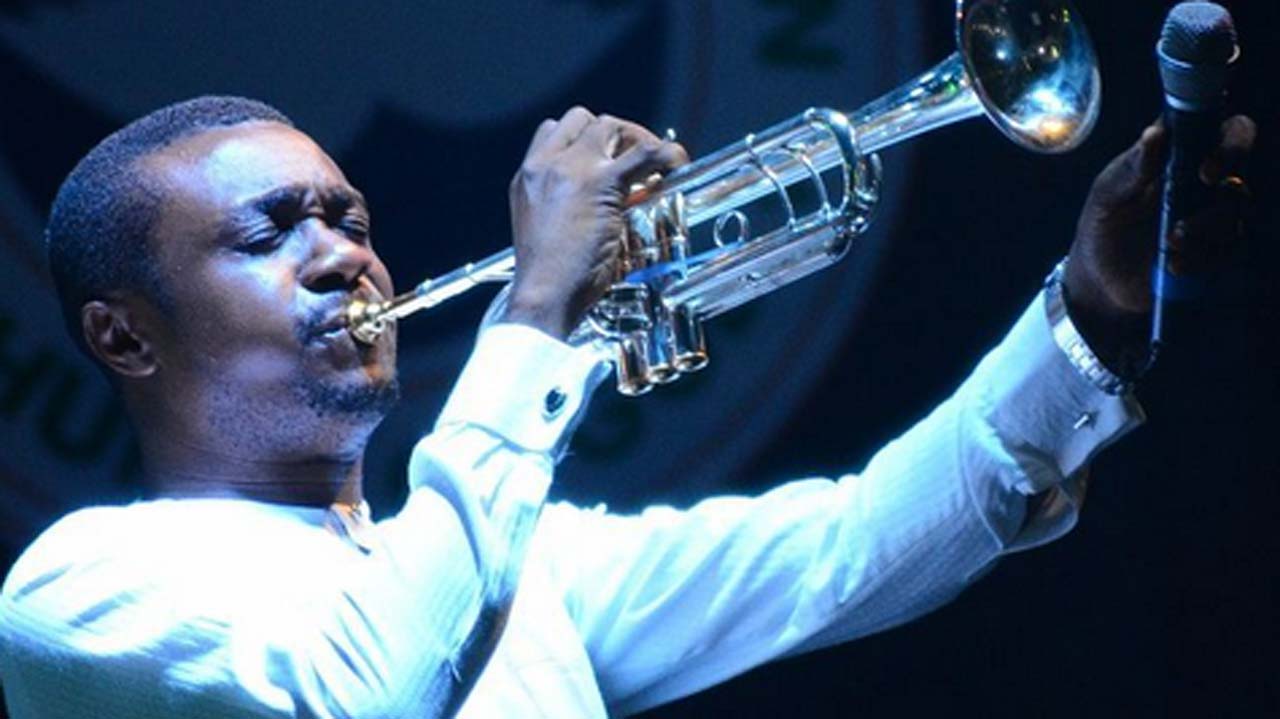 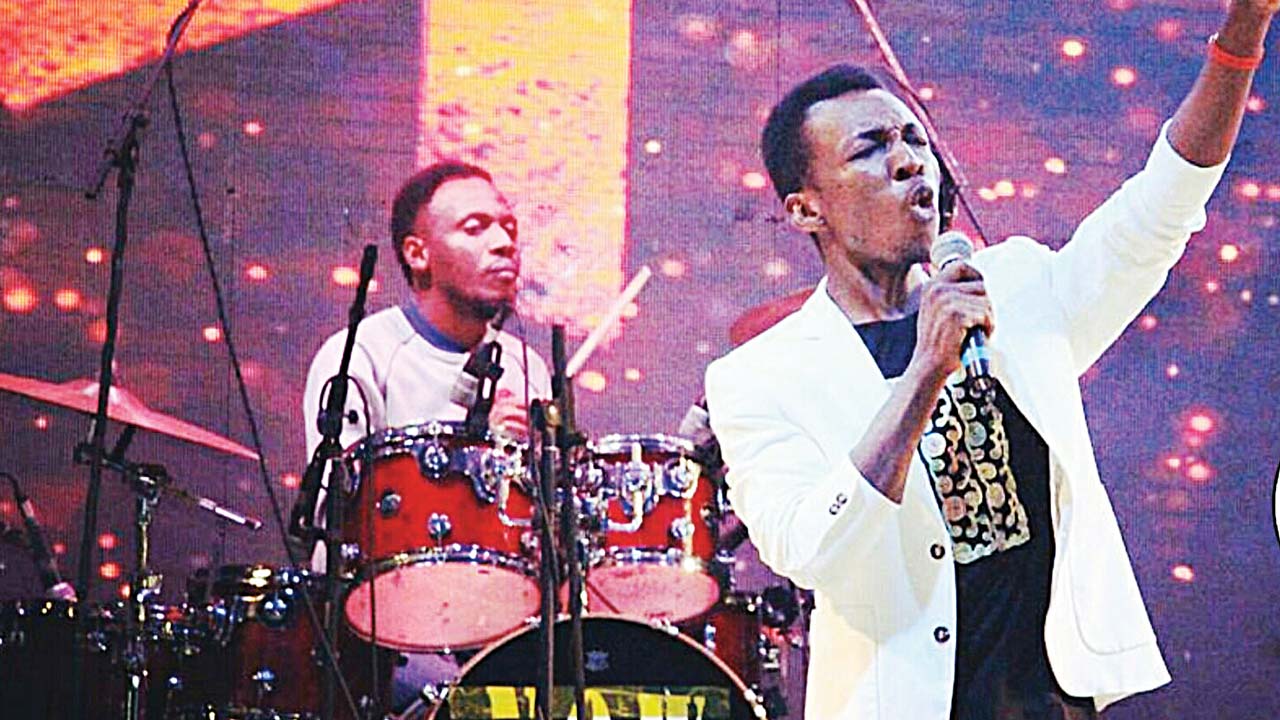 It was indeed a night of intense worship as the much talked about Lagos city concert, The Invasion, a cross-generational and non-denominational party for young people, especially the millennials held last weekend at the Tafawa Balewa Square, after the suspense-filled teasers that set the country talking and asking questions.

Tagged, ‘a move of the Holy Spirit’, the concert was a spiritual movement aimed at engendering a release of power by the Holy Ghost that causes people to excel in different spheres of life.

The event paraded worship leaders and gospel singers like Nathaniel Bassey, Tope Alabi, Frank Edwards, Tim Godfrey, G-Force, and Eben among others, who came together to lead thousands of people, both old and young in an explosive generational revival that is believed to help activate life-defining, turning point session to bring about spiritual healing of the nation.

With DJ Mordu on the console, the night of worship, praises and dance kicked off with some uplifting song amid a warm atmosphere before the first performance act, Beejay Sax dazzled with his saxophone. This was followed by a presentation by ‘The Invasion’ band, which took the audience into the realm of worship with their songs of praise and adoration.

Enter Tim Godfrey with his usual energy, dance moves and swagger of praising God. He encouraged the teeming audience to participate along with him and his crew. In his usual manner, Okaka crooner, Frank Edwards stepped in a cool sober with the hit, ‘Mma Mma’ before launching the more dance with his ‘Move your body’ ‘Okaka’, and ‘Even if the sky is falling’ among other songs he performed.

Winner of God’s Children Got Talent (GCGT) showcase, Onome, brought on some very interesting performance with his spoken word, which many believed made God God smiled in the heavens. With his soul-searching wordplay, he creatively put out poetic lines that got everyone fascinated.

The nine-member group, G-Force band, with energetic performance, took the audience on a journey of praise in a spectacular way before Minister Tope Alabi, came through with her Yoruba indigenous worship, ‘bursting in tongues’, which she alternated with English, praising and adoring God.

Worship leader, Nathaniel Bassey serenaded the audience with his trumpet as he took them on a much to the remembered worship session, performing his songs. Rock minister, Eben brought the night to a climax with praises as some of the audience came through dancing right in front of the stage.

Organised by the Redeemed Christian Church of God (RCCG), Region 20, Apapa Family, the music-driven revival platform was a spiritual awakening and part of activities designed to mark 50 years of the holy land, Jerusalem and Lagos @ 50.

According to the Pastor-in-charge, Pastor Idowu Iluyomade, thousands of years ago, the scripture projects in Acts 2:17 that: ‘In the last days, God says, I will pour out my Spirit on all people. Your sons and daughters will prophesy, your young men will see visions; your old men will dream dreams.’

He said, “We believe strongly that ‘the last days’ are here, and God is setting a whole new generation on fire for the work of the Kingdom. Indeed, that these are the days when the manifestation of the sons and daughters of God are to be evident in every sphere of influence – from Ministry, Media, Arts and Entertainment, and Politics; to Business, Culture, and Education.”

The next edition of the Christ-like gig will be taking place at the campuses, beginning with the University of Lagos.

Nigeria
Seven years after, Buhari falters on 24 million jobs promise
NOW
• NBS fails to release unemployment rate since 2020 • Ngige’s claim of seven million jobs created unlikely • NDP 2021-2025 to create 30m jobs a mirage, says Oyerinde • No honeymoon for who’ll take over from Buhari – Ojo • ‘It will require three govts to clean up this administration’s mess’ • ‘Insecurity, COVID-19, others…
Opinion
Renaming educational institution after a traditional ruler is a misnomer
1 hour ago
Sir: The recent action carried out by the Ogun State Governor, Prince Dapo Abiodun, in renaming the Tai Solarin College of Education, Science and Technology after the Awujale, Oba Sikiru Adetona, though seen as commendable is also capable of setting a bad precedent for the remaining educational institutions in Nigeria.   While it is true that…
Nigeria
Leading academics, industry operators hold pharmacy academy induction Dec 8
1 hour ago
Nigeria Academy of Pharmacy (NAPHARM) is set to induct 20 leading pharmacists into its hallowed ranks on December 8, 2022. The inductees are drawn from a wide array of disciplines, including research and development, management, industrial pharmacy, among others. Some of the more notable prospective inductees include Deputy Vice Chancellor (Academics) of the University of…
Opinion
Oil exploitation in the north: Matters arising
1 hour ago
The official flag off of the long awaited crude oil drilling in the North is a historical landmark that could change the economic landscape in Nigeria if properly managed. Coming 66 years after oil was discovered in the Niger Delta, the development is a laudable and indeed, a good omen to have oil in the North.…
Nigeria
ICPC advocates end to graft as foundation gives awards to anti-corruption ambassadors
1 hour ago
Independent Corrupt Practices and Other Related Offences Commission (ICPC) spokesperson, Azuka Ogugua, has called for end to corruption at all levels. He disclosed this at the Anti-Corruption Star Award, organised by Step Up Nigeria, in Ikeja, Lagos State, noting that doing the right thing shouldn’t be limited to a person. Executive Director, Step Up Nigeria,…

Nigeria
The Experience is rebranding Nigeria’s image globally — Adefarasin
4 Dec 2021
Founder, House On The Rock, Pastor Paul Adefarasin, has said the yearly gospel music concert, The Experience, has positively helped the image of Nigeria among foreign nationals and contributed to the country’s economy.

arts
Boomplay reviews 2021 music year in retrospect
14 Dec 2021
The year 2021 has been a year of many wins musically. Despite the pandemic, which grappled the world for close to two years now, music is one thing that united us all. Our eardrums have felt the pulsation from Afrobeat to the Amapiano whistles, not forgetting every other sound that we grooved to throughout the…