‘Some of us became bankrupt, divorced in bid to develop women’s football’
3 hours ago  Sport
1 of 10 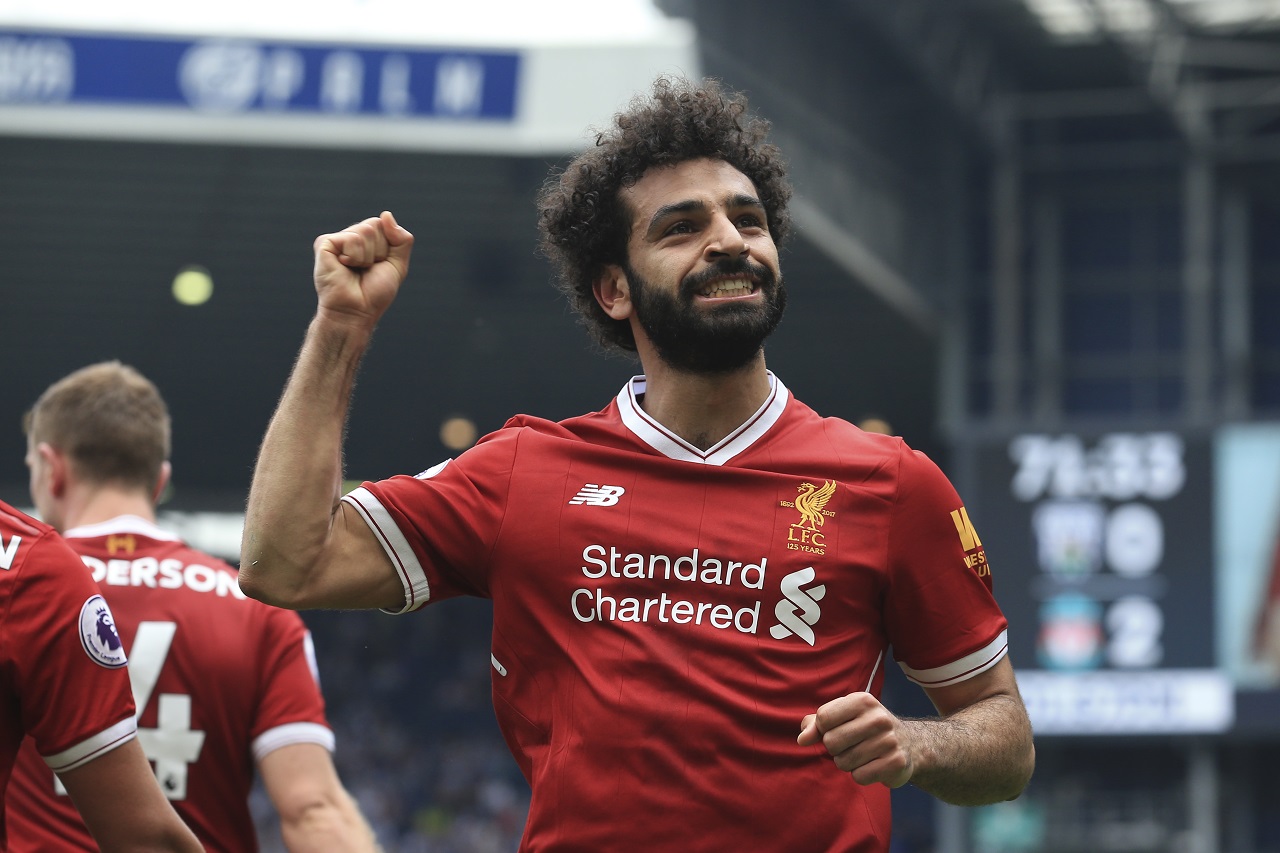 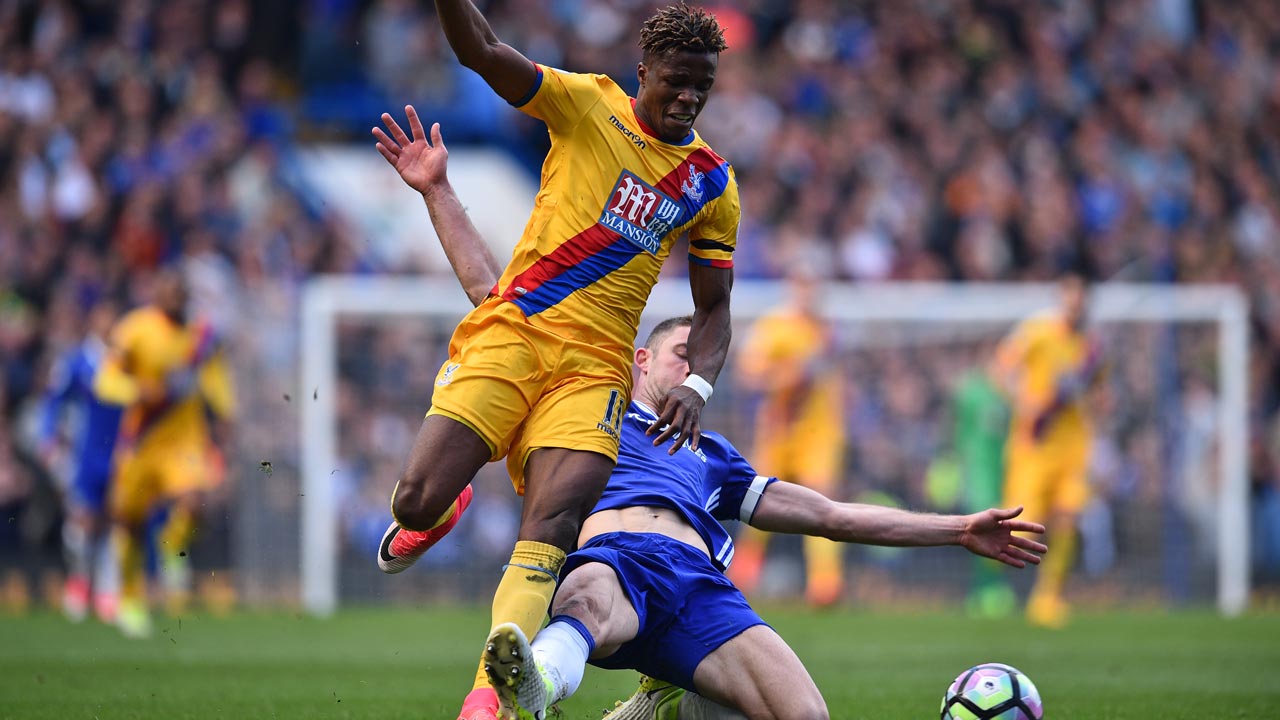 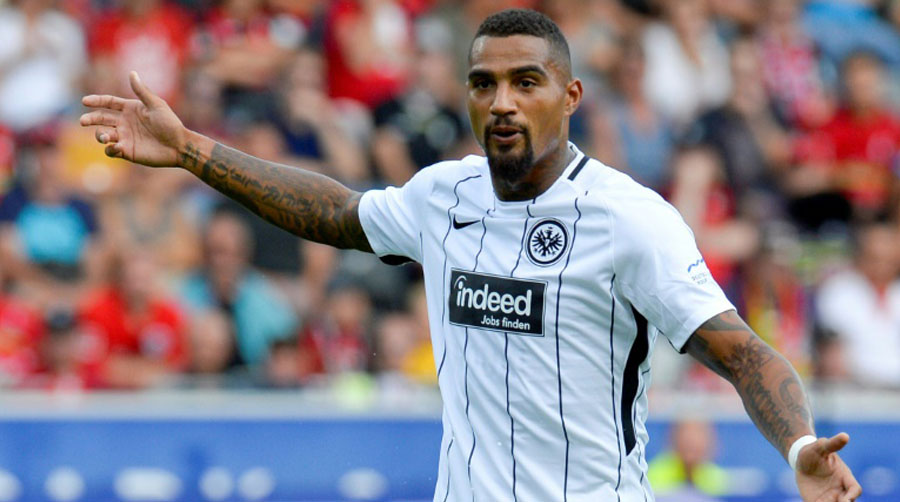 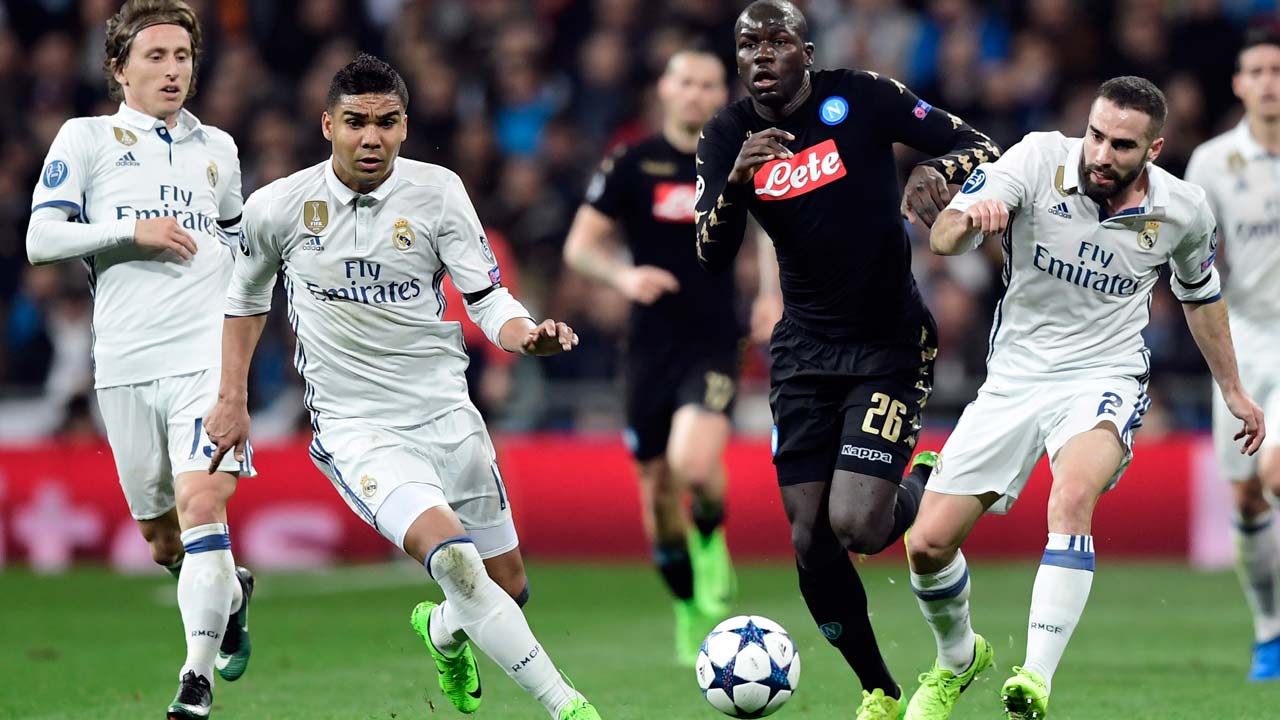 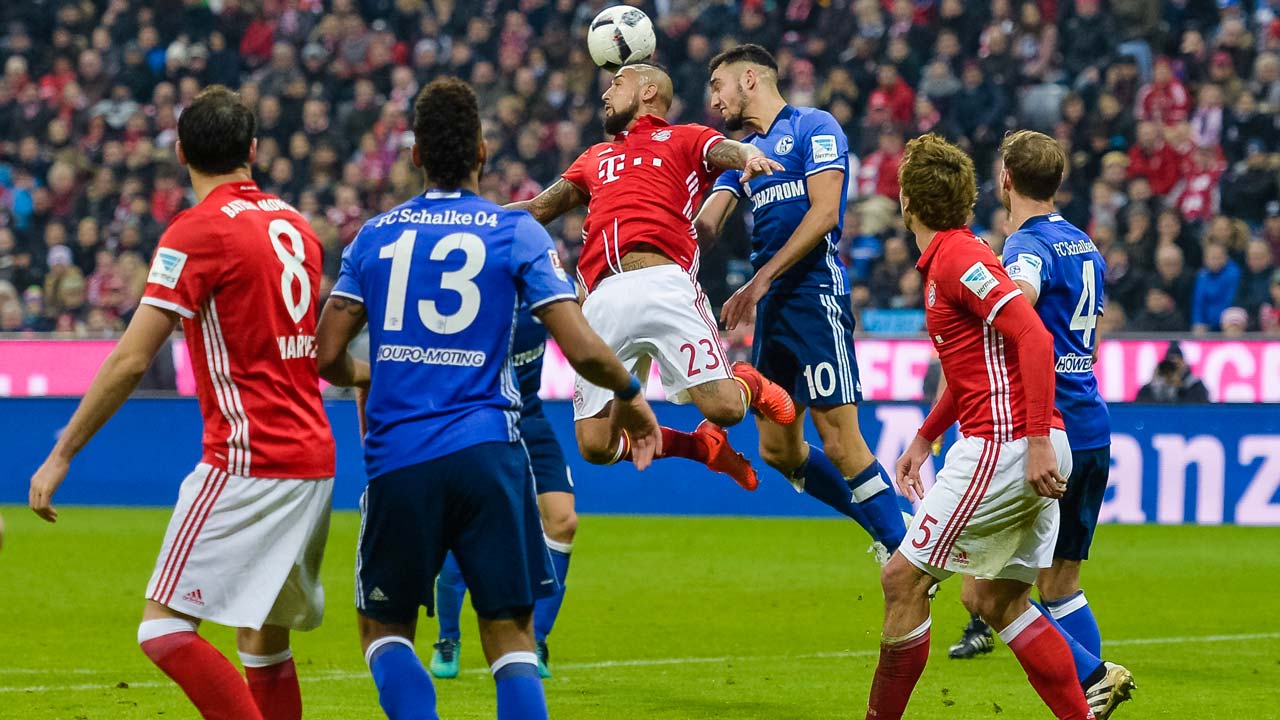 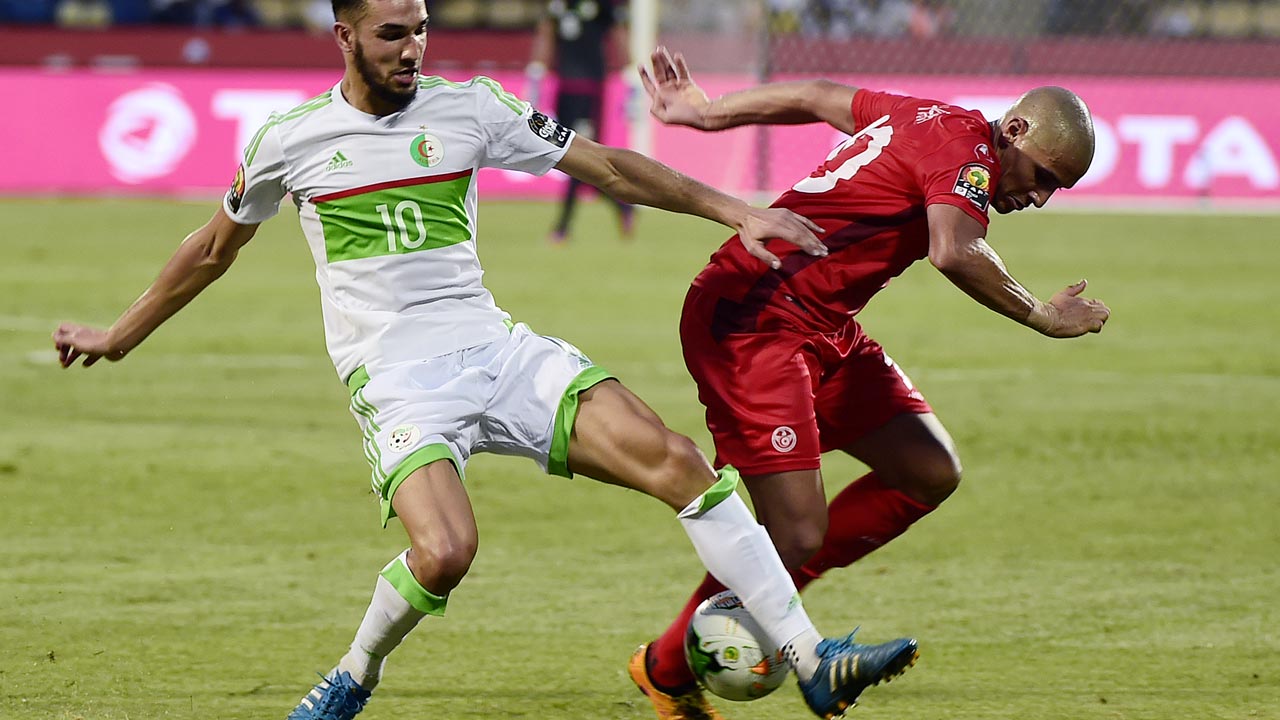 Tunisia's midfielder Wahbi Khazri (R) challenges Algeria's midfielder Nabil Bentaleb during the 2017 Africa Cup of Nations group B football match between Algeria and Tunisia in Franceville on January 19, 2017. KHALED DESOUKI / AFP
Egyptian Mohamed Salah continued to be the star African performer in the major European leagues, scoring the goal that gave Liverpool victory over Brighton at the weekend.

It was his second goal this season for the Reds and 29th in 29 matches in home games at Anfield since joining them at the beginning of last season from Roma.

Gabon striker Pierre-Emerick Aubameyang is much less successful at Arsenal this season, failing to score for a third consecutive English Premier League match.

The 2017 African Footballer of the Year fired Liverpool to the top of the Premier League with the only goal in a win over Brighton. Salah netted in the 23rd minute with a clinical finish, superbly steering a left-foot shot inside the far post from Senegalese Sadio Mane’s pass.

Despite scoring, the Ivory Coast forward endured another frustrating trip to Watford, as Palace crashed to a 2-1 defeat. Vicarage Road has been a house of horrors for Zaha, who has been booked on his last two visits for diving. He was memorably taunted by Watford mascot Harry the Hornet in 2016 when he threw himself in front of Zaha after the final whistle to ridicule the Palace player’s diving.

His goalless start to the season extended to three games as he failed to find the net in a 3-1 win over West Ham at the Emirates Stadium. Aubameyang was superb in his first few months with Arsenal following a January move from Borussia Dortmund, but he has struggled under new boss Unai Emery, who declared last week that his forward is lacking confidence.

Ivorian Kouame scored on his Serie A debut with the second goal in a 2-1 win for Genoa over Empoli in his team’s first match since the bridge tragedy in the city two weeks ago. The 20-year-old beat the offside trap to run onto a through ball and scored from an angle after 18 minutes as the crowd observed 43 minutes of silence, one for each of the victims of the bridge collapse.

Germany-born Ghana forward Boateng converted a penalty with the last kick of the game to snatch a point for Sassuolo after Leonardo Pavoletti’s Cagliari brace. VAR judged Filippo Romagnoli to have handled the ball and Boateng converted the penalty to equalise for a 2-2 draw. It was the 31-year-old former AC Milan player’s first goal for his new club since moving back to Italy from Eintracht Frankfurt in Germany this season.

Senegalese defender Koulibaly’s Napoli suffered an early scare after going two goals down before fighting back to beat AC Milan 3-2 at their San Paulo Stadium. But the 27-year-old said he was pleased with how the Serie A runners-up reacted to turn it around for the second week in a row. “It’s a pity that we conceded those two goals, but we’ll learn from the experience and improve,” said the Senegalese. “We know that we can turn situations around, and will go far with this mentality.”

The Algeria midfielder came off the bench to convert a late penalty for Schalke to cancel out John Anthony Brook’s first-half goal before Daniel Ginzcek scored a dramatic 94th-minute winner in Wolfsburg’s 2-1 shock win. Former Tottenham Hotspur midfielder Bentaleb, 23, made just 12 league starts for Schalke last season and only came on after 83 minutes as last season’s runners-up crashed on the opening day of the season.

The Nigeria striker came off the bench to score Mainz’s late winner in a 1-0 victory over Stuttgart. The 27-year-old was sent on in the 66th minute and grabbed the winner 10 minutes later after a mistake by Stuttgart’s ex-Germany defender Holger Badstuber for his first goal since returning to Germany from Chinese side Liaoning FC in January.