Who to watch out for at the Women’s World Cup

Djokovic, Federer, Nadal: Who's the greatest of them all?
1 day ago  Tennis 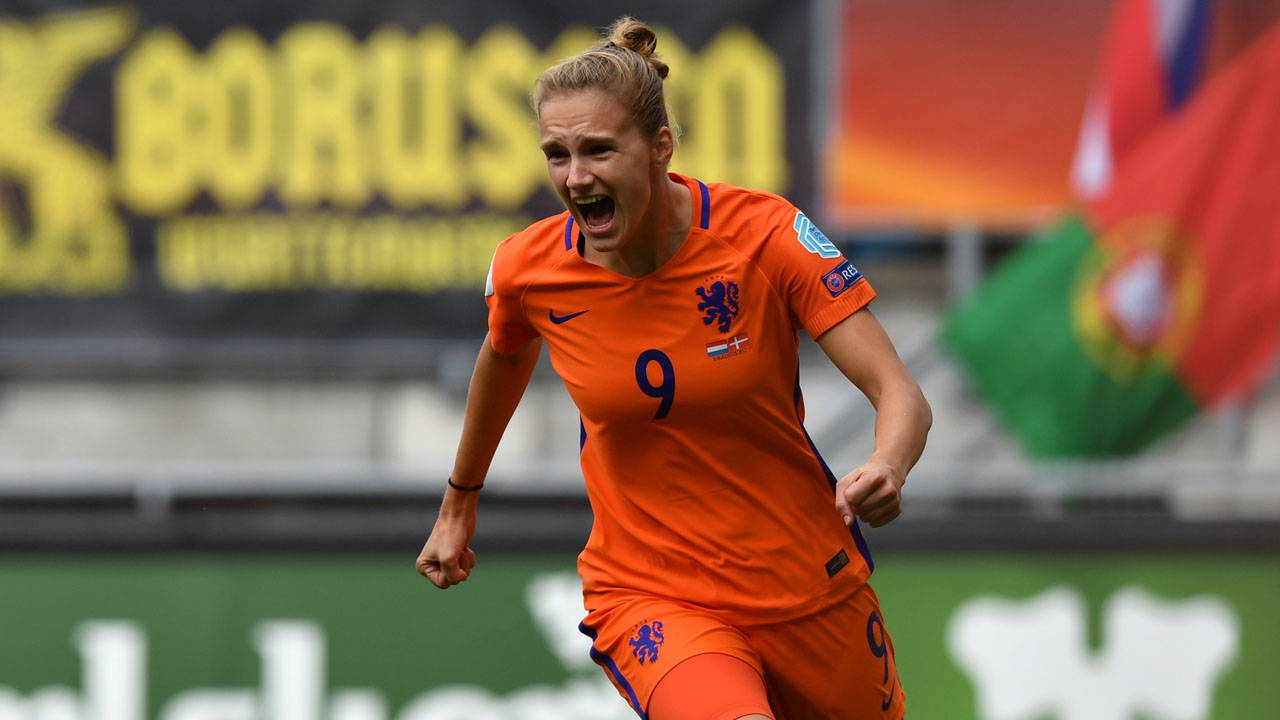 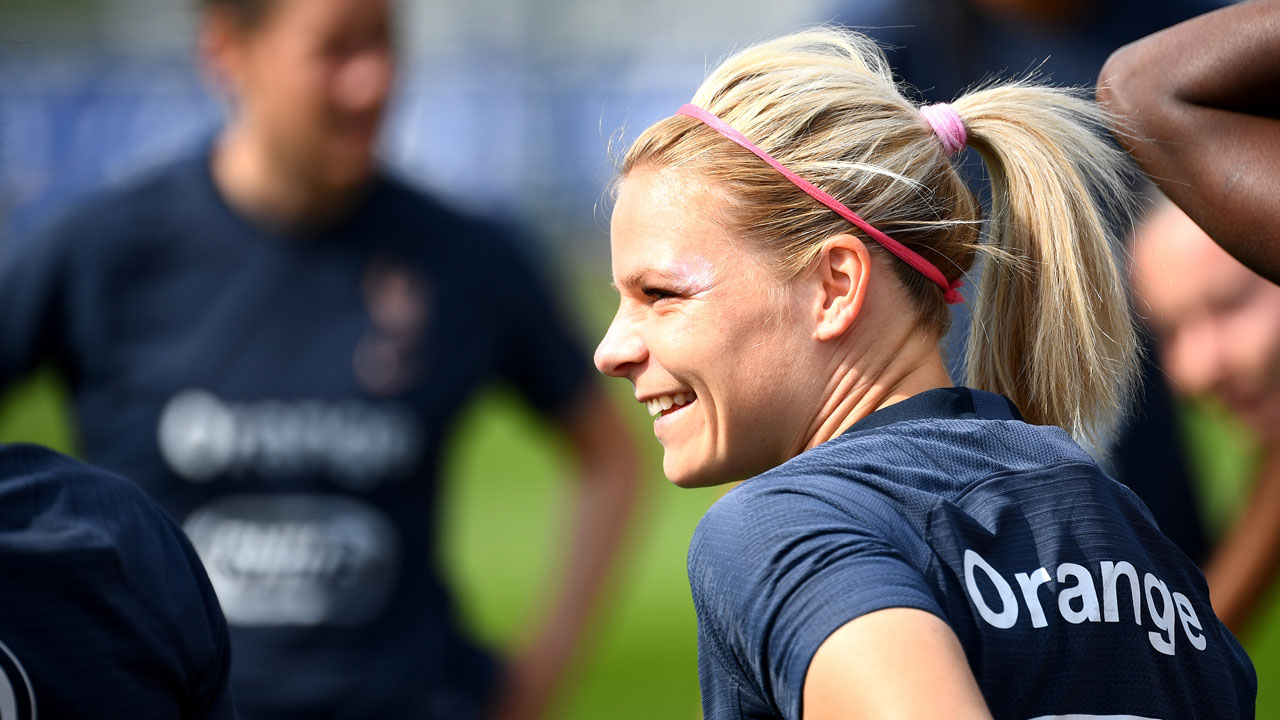 (FILES) In this file photo taken on May 23, 2019 France's forward Eugenie Le Sommer smiles during a training session in Clairefontaine en Yvelines, as part of the team's preparation for the upcoming FIFA World Cup 2019 in France. (Photo by FRANCK FIFE / AFP) 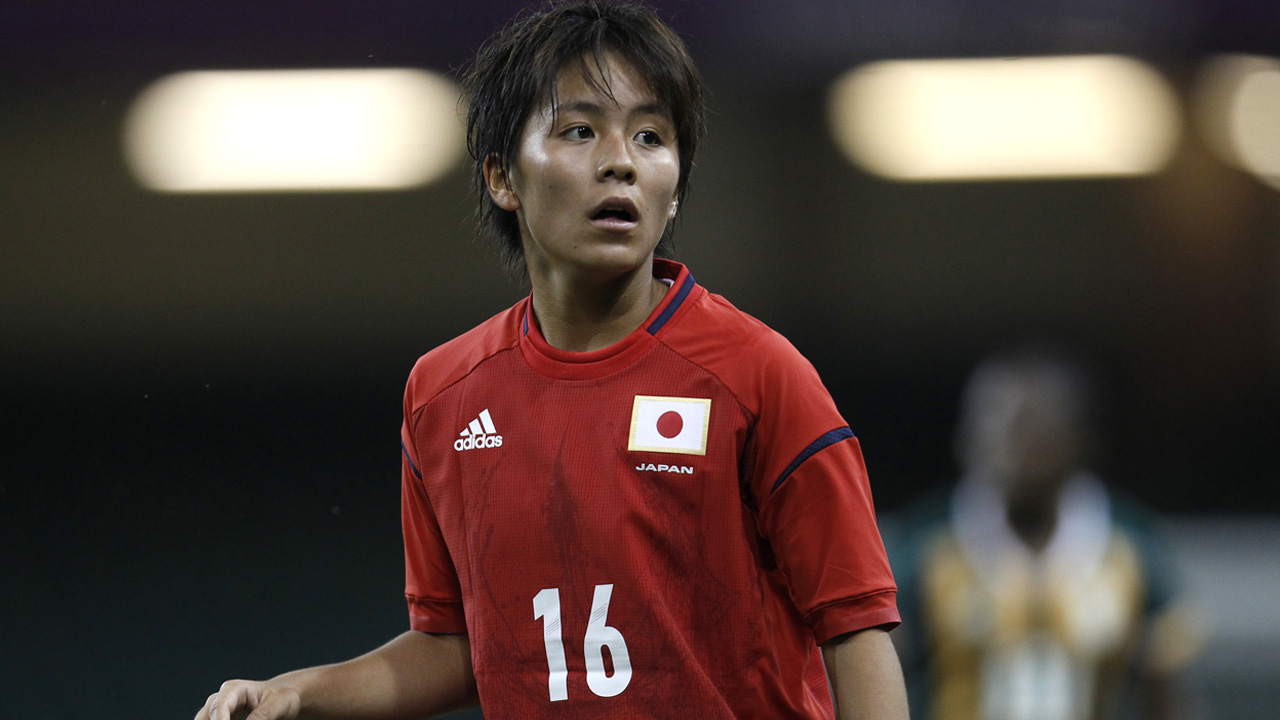 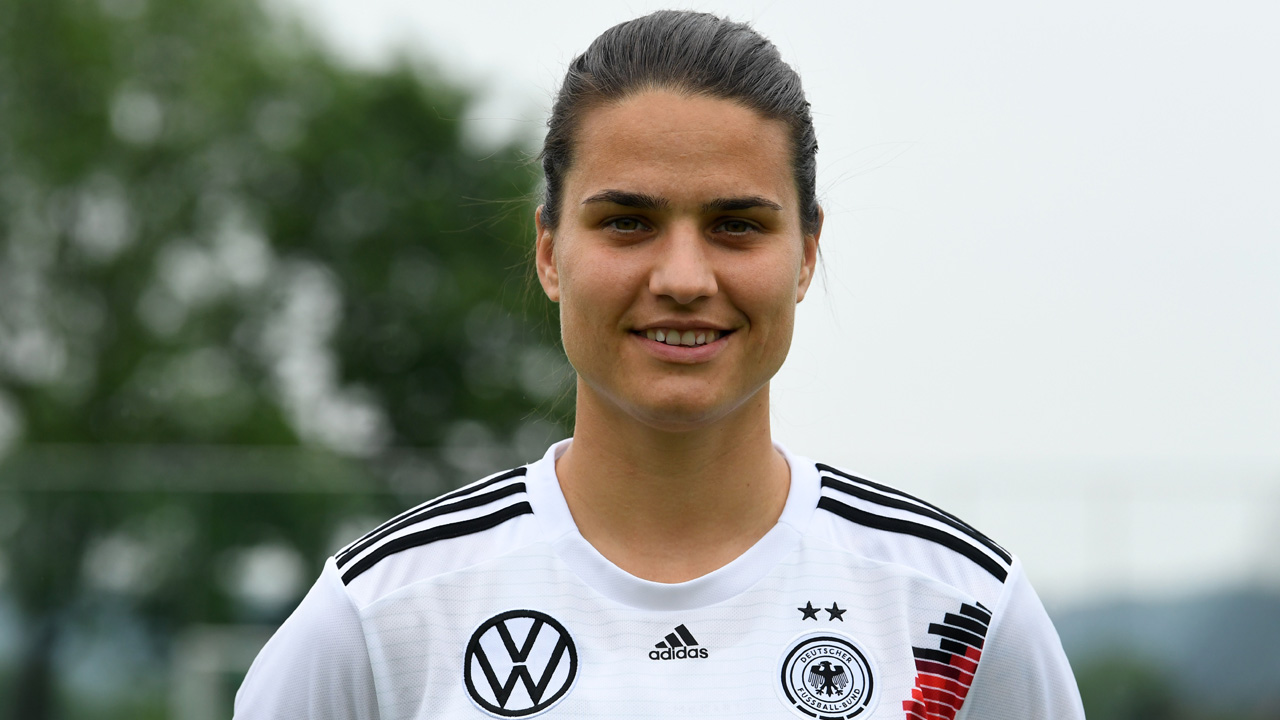 Germany's midfielder Dzsenifer Marozsan poses during the team presentation of Germany's national women football team in Grassau, southern Germany, on May 27, 2019. - The German team attends a training camp as part of their preparation for the upcoming FIFA Women's football World Cup 2019 in France. (Photo by Christof STACHE / AFP) 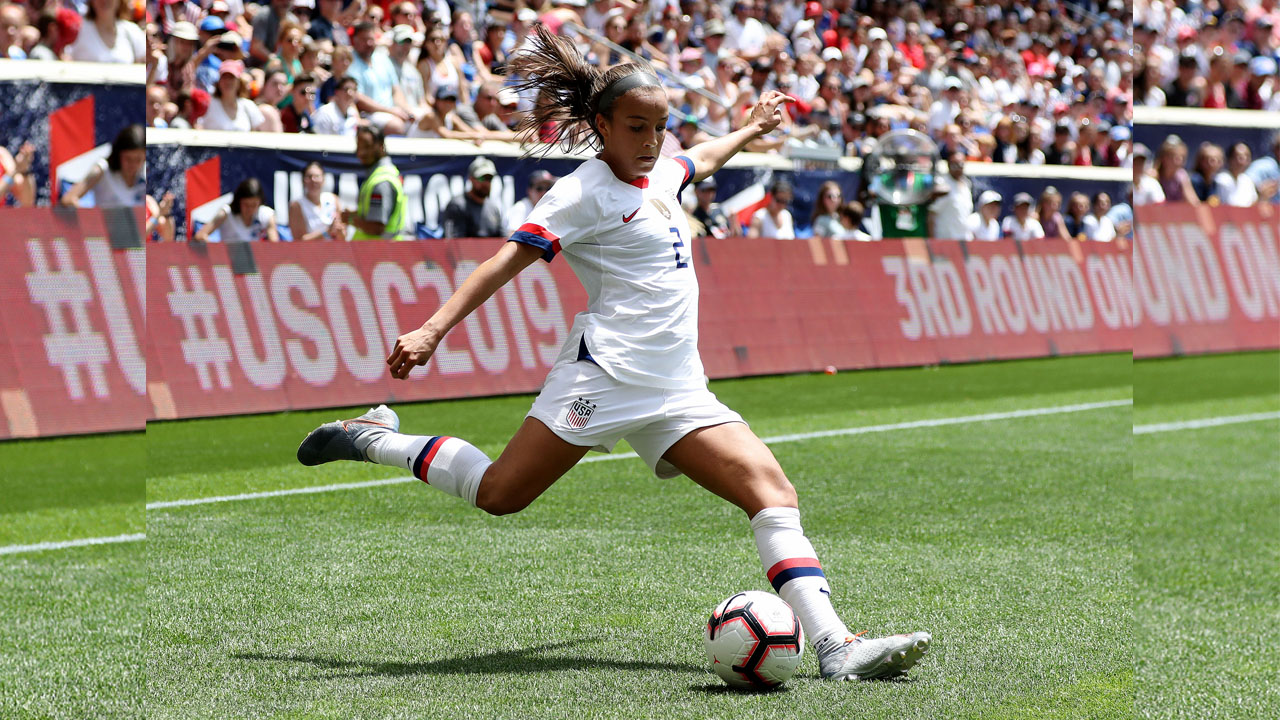 HARRISON, NEW JERSEY - MAY 26: Mallory Pugh #2 of the United States passes the ball in the second half against Mexico at Red Bull Arena on May 26, 2019 in Harrison, New Jersey. Elsa/Getty Images/AFP 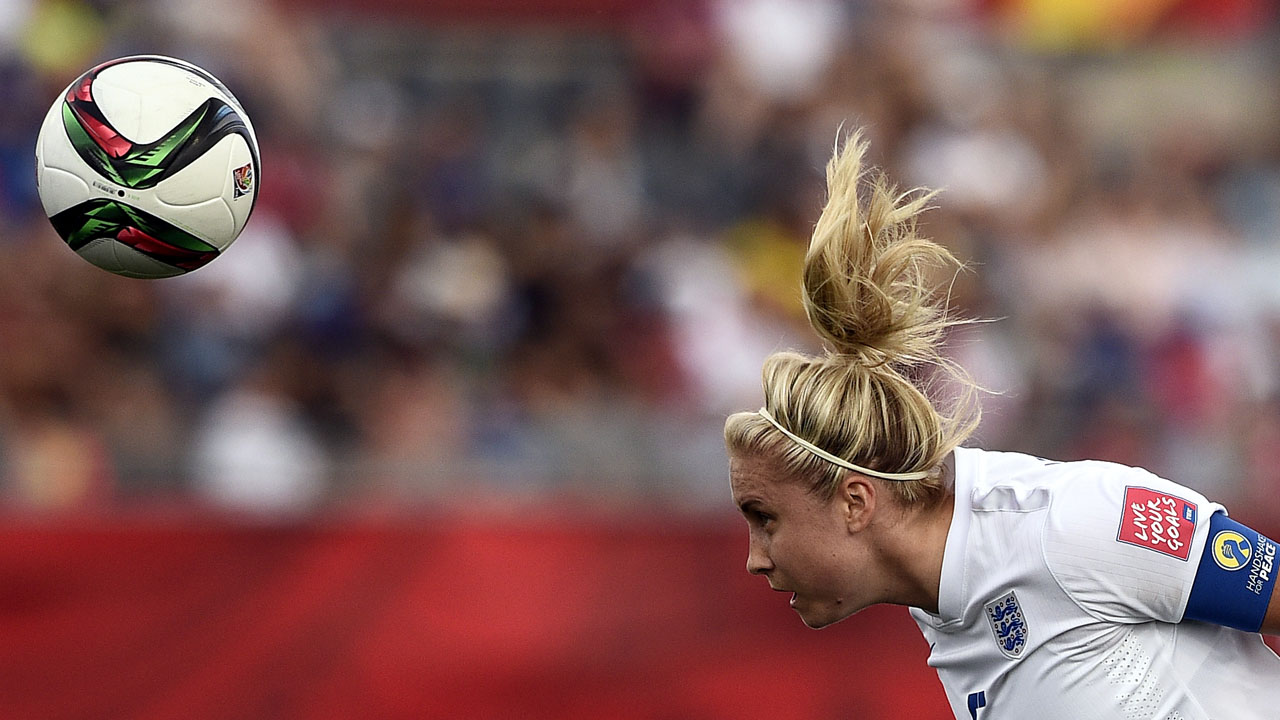 (FILES) In this file photo taken on June 13, 2015 England's defender Steph Houghton heads the ball during a Group F match at the 2015 FIFA Women's World Cup between England and Mexico at Moncton Stadium, New Brunswick. (Photo by FRANCK FIFE / AFP) 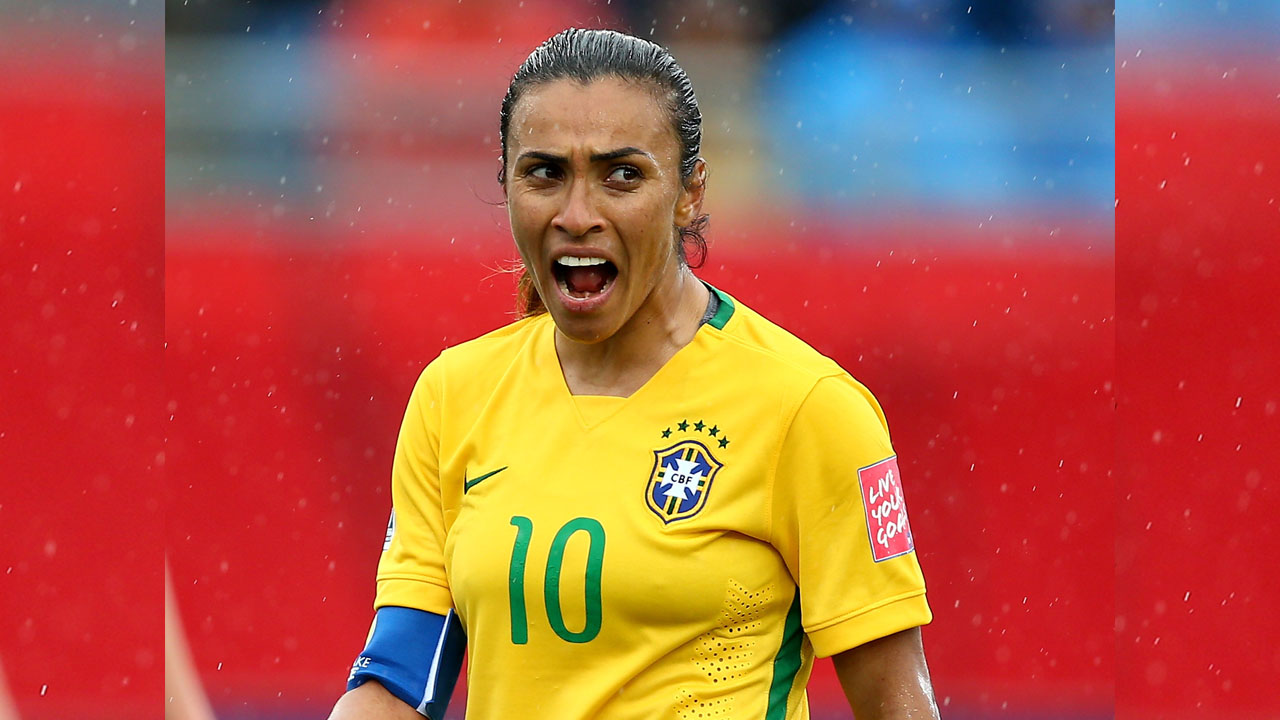 (FILES) In this file photo taken on June 21, 2015 Marta #10 of Brazil reacts in the second half against Australia during the FIFA Women's World Cup 2015 round of 16 match between Brazil and Australia at Moncton Stadium in Moncton, Canada. (Photo by ELSA / GETTY IMAGES NORTH AMERICA / AFP)

The 2019 Women’s World Cup starts on June 7 without its brightest star as Ballon d’Or winner Ada Hegerberg continues her self-enforced international exile. But the event in France offers a rich array of talent and a fabulous platform on which to exhibit it.

Here AFP highlights some of the players to watch out for as a watershed tournament for women’s football edges closer:

Vivianne Miedema (Netherlands)
Miedema fired Arsenal to their first Women’s English Super League title since 2012, was the top scorer in the competition, crashing home 22 goals, and set up another 10 in her 19 appearances for the triumphant Gunners.

The 22-year-old was crowned PFA player of the year for her exploits with Arsenal, and after winning the Women’s Euro 2017 — scoring in the semi-final thumping of England and twice in the final — the prolific striker is set to lead the line for the dark horse Dutch.

Eugenie Le Sommer (France)
The top scorer in the France squad with 74 goals, Lyon star Le Sommer comes into this World Cup fresh from winning her sixth Champions League title and ready to lead ‘Les Bleues’ to their first ever World Cup victory on home soil.

Le Sommer, 30, scored 21 goals as Lyon retained the Division 1 Feminine league title for the 13th straight year and triumphed in Europe for the fourth year in a row.

Mana Iwabuchi (Japan)
Iwabuchi is poised to have a great impact in France after starring in her country’s triumph at last year’s Asian Cup, in which she was named Most Valuable Player.

The 26-year-old is already a World Cup winner. At 18, she played the final minutes of extra time as Japan beat the United States in 2011 final. She also collected runners up medals as the US took revenge at the 2012 Olympics and the 2015 World Cup.

Her experience will provide a steadying influence for the young squad Asako Takakura is taking to France, with 19-year-old forwards Riko Ueki and Jun Endo making their first appearances at a major tournament.

Dzsenifer Marozsan (Germany)
Another of the many Lyon stars ready to shine in France, Marozsan will be crucial to Germany’s chances of beating the United States and lifting their third World Cup.

A feared playmaker voted player of the year in France ahead of her Lyon teammates Hegerberg and Le Sommer the last three seasons, the 27-year-old is coming into her prime after more than a decade in the club game.

Marozsan suffered a pulmonary embolism — a blocked blood vessel in her lung — last summer but capped her comeback by scoring the opener in Lyon’s 4-1 thrashing of Barcelona in the Champions League final.

Mallory Pugh (USA)
Described as the “real deal” by two-time World Cup winner Mia Hamm, Pugh is one the new guard of American stars aiming to continue the USA’s dominance of the women’s game.

All eyes will be on Carli Lloyd as she attempts to crown her stellar career with a second World Cup, but 21-year-old Pugh has been earmarked as the future of the country’s football ever since she was discovered by the national team as a 12-year-old.

Known for her mazy dribbles and accurate shooting, she will likely be used as an impact substitute to bamboozle tired legs for a team stacked with experienced attacking talent.

Steph Houghton (England)
Manchester City captain Houghton is playing the best football of her career at a tricky time for her personally and is going to France after hinting she would skip it in order to look after her sick husband, former Liverpool player Stephen Darby.

Darby was forced to retire in September last year after being diagnosed with motor neurone disease, and centre-back Houghton initially said she would drop out of the squad if necessary.

Coach Phil Neville will be delighted the 31-year-old is available, however, as her composure and ability to make an impact in big moments will be key as England aim to win their first ever Women’s World Cup.

Marta (Brazil)
Once called ‘Pele in skirts’ by the man himself, the 33-year-old is widely considered the greatest player ever to grace the women’s game but has never won the World Cup.

The six-time and reigning FIFA world player of the year will try to cap her long career in style with Brazil, although they are not tipped to lift the trophy, and extend her lead at the top of the all-time Women’s World Cup goalscorers charts.

She led her country to the 2018 Copa America Femenina title and last season scored 13 goals as Orlando Pride reached the US NWSL play-off semi-finals, although this year she is yet to score as the Pride have started the campaign with no wins in six.