Angola Oil & Gas (AOG) 2021: Sonangol announces move from National Oil Company to Energy Company as it gears up for IPO 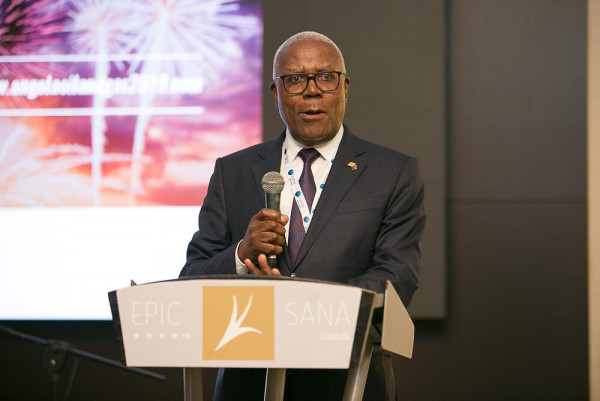 Sonangol CEO Sebastião Gaspar Martins showcased the company’s strategy at an upstream dedicated panel during the first morning of the Angola Oil & Gas Conference 2021, organized by Energy Capital & Power (www.EnergyCapitalPower.com); The CEO of Sonangol expressed his excitement about his plans to take the company public; His announcements are an expression of the great transformation taking place at Angola’s National Energy Company.

CEO of Angola’s National Oil Company Sonangol, Sebastião Gaspar Martins, on Thursday announced that the company was moving forward with its regeneration plan which we will see it become a comprehensive National Energy Company (NEC) rather than just an oil focused National Oil Company. He was speaking during his keynote address on the current state of the restructuring of the national company at Angola Oil & Gas (AOG) 2021, organized by Energy Capital & Power in Luanda.

Sonangol has been involved in a restructuring program which involves the sale of non-core assets. The remaining entity will focus on the production of oil and gas as an operator, as well as engage in the production of energy through gas and renewable projects including solar, biogas and hydrogen. He acknowledged the challenges that lay ahead, but said that the company was determined, and that some of the changes had already started yielding positive outcomes in terms of cost savings.

The government of Angola plans to list Sonangol once the restructuring program is completed by the end of 2022.

Angola currently produces close to 1.2 million barrels of oil per day, making Angola’s NOC an attractive investment consideration for investors when the company comes up for listing. Increasing the company’s energy generation portfolio with green and new technologies will make Sonangol more attractive for investors in the age of the energy transition.

He further announced his intention of seeing Sonangol expanding its position as an oil and gas operator in Angola. The company is currently responsible for 2% of national operated production, while the CEO sees the NEC taking up responsibility for up to 10% of national production over the coming decade, regaining technical capacity as well as exploratory ambition.