By APO Group
Cellulant’s Board of Directors is pleased to announce that Acting Chief Executive Officer (CEO), Akshay Grover, has been appointed as Group CEO and Director of Cellulant with effect from 1 October 2021. The appointment follows an executive search process following the announcement in January 2021 by then Group CEO Ken Njoroge of his intention to… 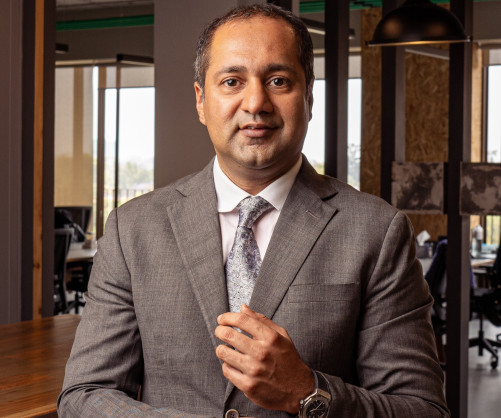 Cellulant’s Board of Directors is pleased to announce that Acting Chief Executive Officer (CEO), Akshay Grover, has been appointed as Group CEO and Director of Cellulant with effect from 1 October 2021.

The appointment follows an executive search process following the announcement in January 2021 by then Group CEO Ken Njoroge of his intention to transition from his position. Akshay has been serving in an acting capacity since April 2021.

“We are delighted to appoint an executive of Akshay’s calibre and experience to the role,” said Cellulant Board Chairman, Dr Sam Kiruthu. “Akshay brings extensive and diverse industry experience in technology and finance. During the time that Akshay has served as Acting CEO, the board has been impressed with his commitment to openness, attention to detail and an unrelenting focus on the future of the business.

Akshay has demonstrated he possesses the skills, attitude and vision to lead the management team to deliver on Cellulant’s future and mission.” Upon his appointment, Akshay said he looked forward to growing Cellulant into the most prolific and most innovative payments platform in Africa. “I look forward to continuing to work with the Board and our stellar management team to maximize this opportunity to deliver further growth and value for all our stakeholders,” he said.

He says, “Cellulant is well placed to lead and transform the payments landscape in Africa. Our deep connectivity with over 120 banks and 40 mobile operators in the continent enables us to have an unparalleled network on the African continent. We are reducing the amount of friction around payments and, by doing so, creating a seamless way for businesses to collect and make payments. Our integrated payments platform caters to both offline and online solutions that power success for businesses of all sizes while delivering a superior user experience for the end customer.”

Akshay has more than 20 years of work experience in the Technology, Media and Communication Sector across emerging markets. During the early years of his career, he held positions of increasing responsibility in the financial advisory teams at KPMG and EY. Prior to joining Cellulant as Group Chief Financial Officer in January 2021, Akshay was the Chief Investment Officer at iSON, a diversified technology group with a presence in 30+ countries in the Middle East, Africa and the Asia Pacific region.

Distributed by APO Group on behalf of Cellulant.

About Cellulant
Cellulant is a leading Pan African payments company that provides locally-relevant and alternative payment methods for global, regional and local merchants.

Cellulant offers a unified, single-contract platform that enables businesses to collect payments online and offline, while allowing anyone to pay from their mobile money, local and international cards or directly from their bank.

Today, Cellulant has an office presence in 18 African countries with a payment’s platform connecting thousands of businesses with 154 payment options across 35 countries. The platform powers payments for 220M consumers on a single inclusive network allowing for interoperability across Africa

On The Cover
Elohor Elizabeth Isiorho: Placing African Models On The World’s Biggest Stages
16 mins ago
Elohor Elizabeth Isiorho is a woman of many parts. C.E.O of Prive Luxury Wedding and Event company, Prive Atelier, Beth Model Management and the Creative Director of Elite Model Look Nigeria, she is also the founder of Future Face Africa. The astute businesswoman has made her mark in the industry and has not looked back…
What's New
Catch Up: Events That Shaped The Previous Week
52 mins ago
The previous week gave us several lessons to last a lifetime about timing, fate, and maybe luck. From breaking records in less than a month to getting the best deals. Here are some of the trendy stories that made the previous week: Making Waves Netflix announced Squid Game as their most-viewed film at launch, with…
Ibru Ecumenical Centre
God will have all souls to be saved
1 hour ago
It is expedient for believers all over the world to note that while we wait for the rapture of the saints that our Lord Jesus Christ died for the salvation of all men.
Politics
Mixed fortune as APC state congresses hold
1 hour ago
Ahead of the exercise, the signs were ominous, and fears palpable. All these came to pass yesterday, as the ruling All Progressives Congress (APC) held state congresses across the country to elect officers...
Business News
Tankers’ Incorporation into e-Call up system’ll end Apapa gridlock by 2022
1 hour ago
There is optimism that the Apapa traffic gridlock will be completely eradicated by next year when the petroleum tanker drivers would have been fully incorporated into the electronic call up system...