By APO Group
Share on Facebook Share on Twitter Share on WhatsApp Share on Telegram
Egypt’s automotive aftermarket is accelerating and has been dubbed “one of Africa’s most exciting markets” as its motoring population and vehicle sales grow, its economy expands, FDI floods in, and the government moves to combat automotive emissions. It’s a powerful combination which Germany’s Africa business experts africon GmbH, the knowledge partners of Automechanika Dubai, the… 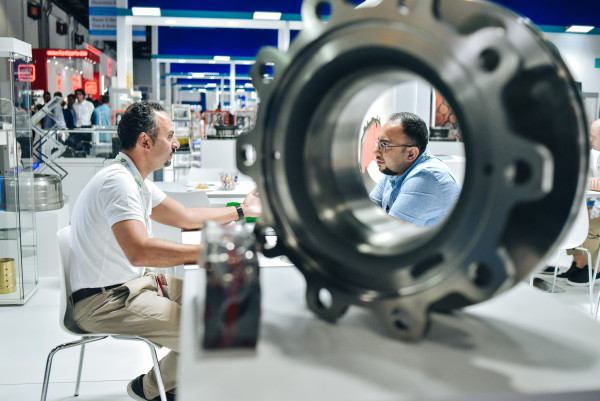 Egypt’s automotive aftermarket is accelerating and has been dubbed “one of Africa’s most exciting markets” as its motoring population and vehicle sales grow, its economy expands, FDI floods in, and the government moves to combat automotive emissions.

It’s a powerful combination which Germany’s Africa business experts africon GmbH, the knowledge partners of Automechanika Dubai, the Middle East and Africa’s largest international automotive aftermarket trade show, contends has resulted in an aftermarket now worth between US $1-2 billion. And africon GmbH should know, having worked on more than 30 automotive market projects across Africa in the last few years.

The company has now turned its expertise specifically on the high potential Egyptian market with a whitepaper collated from research among companies within the Arab republic’s automotive industry.

The paper’s positive and opportunistic sentiment points to the country’s rising population – now the third largest within Africa with more than 100 million people – and its economic advancement, having overtaken South Africa as the continent’s second-largest economy with a GDP of US $360 billion and sturdy growth forecasts.

“The IMF predicts that growth will slow to around 2.5% this year but recover to more than 5% from 2022 forward,” the paper reports. “After economically difficult years in 2016/17, inflation has come down to around 6%. Unemployment has been reducing, and GDP per capita in US$ terms has increased by almost 50% since 2017. Consequently, Egypt has been the largest recipient of FDI in Africa for several years in a row, receiving more than $9 billion worth of investments in 2019 and almost $6 billion in 2020. This growth is driven, among other things, by continuous economic and fiscal reforms. For instance, on the Ease of Doing Business Index, Egypt has improved by 14 places since 2018.”

Egypt is now in growth mode, even despite the rigors of the COVID-19 pandemic and was among the few countries to report full year GDP growth in 2020.

The growth has fed into the aftermarket, with the country now being home to one of Africa’s largest vehicle fleets with around six million vehicles on the country’s roads, with the majority – approximately 4.6 million – being passenger cars. This is followed by almost a million trucks and about 470,000 buses. Most passenger cars are petrol-powered, while many commercial vehicles rely on diesel engines but that could soon change.

“The government is increasing the share of dual-fuel cars, which can use both petrol and compressed natural gas (CNG). Around 300,000 vehicles in Egypt already use CNG. This number will likely increase further over the next years,” the paper reports.

Egypt is also taking bold steps to replace internal combustion engines with more environmentally friendly alternatives. Last year the government announced an initiative to encourage consumers to replace old vehicles for new ones operating on CNG engines with extended credit facilities among its green program incentives. This has led to China’s Dongfeng Motors planning to assemble up to 25,000 electric vehicles a year in an Egyptian assemble plant.

Even the brand make-up of the country’s vehicle fleet is changing. The significant market shares held by Chevrolet/Isuzu, Hyundai, Toyota, and Nissan could be eroded by the entry of European and Chinese brands fueled by preferential import duties.

“New vehicle sales in Egypt have recently grown, currently standing at more than 200,000 units per year. Around half of this figure is assembled locally. Egypt is home to notable local vehicle assemblers like GB Auto, General Motors Egypt / Mansour Automotive, and Nissan. While most passenger vehicles are produced for the domestic market, many buses are exported to regional markets,” explains the whitepaper.

Change The Name of the Game:

Change is also coming to Egypt’s heavily import-driven aftermarket, which is dominated by Asian suppliers, namely China, Korea, and Japan. However, Germany and the US now rank among the country’s top ten suppliers of parts and components and globally leading brands enjoy relatively high market shares for crucial parts. But the local component manufacturing market is gaining ground and supplying local vehicle assemblers, the aftermarket and export markets with a range of batteries, brake parts, wiring and filets.

Egypt’s importer/distributor landscape is a mix of small and large companies, most of which are based in Cairo. The independent aftermarket is fragmented. The importers/distributors sell directly to end-users, workshops, and a network of wholesalers and retailers across the country. As is the case in other African markets, a significant share of Egyptians, having taken the advice of trusted mechanics, buy their parts from retailers instead of from workshops. However, most do follow the advice of their trusted mechanics.

E-commerce is fast emerging as a significant aftermarket force through highly visible platforms such as Odiggo, Tawfiqia, Egyparts and Amazon Egypt.

The Egyptian aftermarket is ripe for growth and to offer up great opportunities for parts producers, distributors, and service providers, but increasing competition from local producers may mean overseas suppliers will need to invest in their own on-the-ground structures or seek out ways to add value locally to increase market shares.

Others looking for indicators of the growth potential can track the Egyptian visitor presence at Automechanika Dubai which has risen by 20% since 2015.

“We anticipate a surge in visitors from Egypt when the show returns from December 14th-16th December. This year we have the support and presence of Egypt Expo & Convention Authority (EECA) and have also seen a 142% y-o-y (2019-2021) increase in floor space taken from Egyptian businesses – a true testament to current conditions and the appetite for doing business,” commented Mahmut Gazi Bilikozen, Automechanika Dubai’s Show Director.

Distributed by APO Group on behalf of Automechanika Dubai.

Background information on Messe Frankfurt
The Messe Frankfurt Group is the world’s largest trade fair, congress and event organiser with its own exhibition grounds. The Group employs approximately 2,450 people at its headquarters in Frankfurt am Main and in 29 subsidiaries around the world. The company generated annual sales of approximately €257 million in 2020 after having recorded sales of €736 million the previous year. Even in difficult times caused by the coronavirus pandemic, we are globally networked with our industry sectors. We have close ties with our industry sectors and serve our customers’ business interests efficiently within the framework of our Fairs & Events, Locations and Services business fields. One of the Group’s key USPs is its closely knit global sales network, which extends throughout the world. Our comprehensive range of services – both onsite and online – ensures that customers worldwide enjoy consistently high quality and flexibility when planning, organising and running their events. We are expanding our digital expertise with new business models. The wide range of services includes renting exhibition grounds, trade fair construction and marketing, personnel and food services. Headquartered in Frankfurt am Main, the company is owned by the City of Frankfurt (60 percent) and the State of Hesse (40 percent). For more information, please visit our website at: www.messefrankfurt.com. 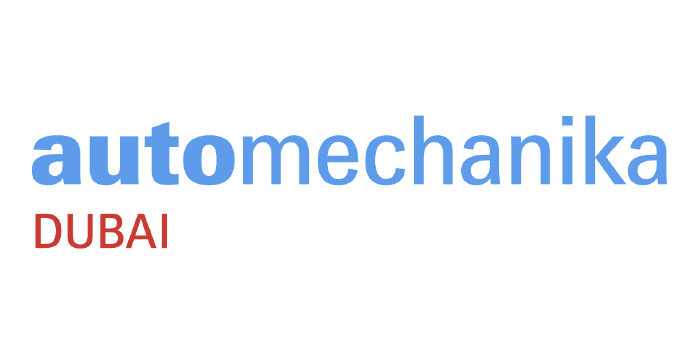 Science
Why Nigerians cannot feel impact of CBN’s N100b intervention fund for health sector until 2022, by PSN
59 mins ago
The Pharmaceutical Society of Nigeria (PSN) has given reasons why Nigerians cannot feel the impact of Central Bank of Nigeria’s (CBN’s) N100 billion intervention fund for the pharmaceutical sector until next year.
Nigeria
Ahead G20 summit, ILO, others demand COVID-19 ‘vaccine justice’
59 mins ago
Unless the world adopts universal availability of COVID-19 vaccines by ending ‘vaccine apartheid’, the global economic recovery will be much slower than expected, Director-General of the International Labour Organisation ...
Business News
Cost of smartphones, network hitches, low awareness slow eNaira adoption
1 hour ago
Nigeria’s hydra-headed challenges including smartphone affordability, network hitches and low awareness appear to weaken the adoption of eNaira in the country.
Education
Despite promises, FG’s budgetary allocations to education remain low
1 hour ago
Despite President Muhammadu Buhari’s promises at a recent international forum that allocation to education would be increased by at least 50 per cent in the next few years and by about 100 per cent by 2025...
Nigeria
Lawan leads National Assembly, others to prayer breakfast in Abuja
1 hour ago
President of the Senate, Ahmed Lawan, will, today, lead federal lawmakers and other dignitaries to this year’s national prayer breakfast at the senate wing of the National Assembly complex, Abuja.

APO Press Releases
The SABC acquires TV broadcast Rights for the NBA
1 day ago
Download logoThe South African Broadcasting Corporation (SABC), through SABC Sport (https://bit.ly/3ClY8su) is pleased to announce an exciting multiyear television broadcast rights agreement with the National Basketball Association (NBA) (www.NBA.com).  In the inaugural live broadcast of the 75th Anniversary Season, the Washington Wizards will host the Boston Celtics on Saturday, 30 October at 23:00 SAST.  The…
APO Press Releases
IMF Team and the Authorities from the Democratic Republic of Congo Reach Staff-Level Agreement on the First Review under the Extended Credit Facility
5 hours ago
Download logoIMF staff and the authorities have reached a staff-level agreement on the first review under the three-year Extended Credit Facility (ECF) arrangement; Boosting public investment and social spending critically depends on continued efforts to raise revenues, reducing non-priority spending, and ensuring efficient and transparent use of public funds, including the SDR allocation; Authorities remain…

APO Press Releases
G20 members have received 15 times more COVID-19 vaccine doses per capita than sub-Saharan African countries
5 hours ago
G20 countries have received 15 times more COVID-19 vaccine doses per capita than countries in sub-Saharan Africa*, according to a new analysis. The analysis, conducted by science analytics company Airfinity, exposes the severity of vaccine inequity between high-income and low-income countries, especially in Africa. It found that doses delivered to G20 countries per capita are:…
APO Press Releases
Peacekeeping chief encouraged by 'warming' relations between Sudan and South Sudan over Abyei
5 hours ago
Download logoThe Under-Secretary-General for Peace Operations told the Security Council on Wednesday that he was encouraged by a thaw in relations between South Sudan and Sudan, now that both have established national committees on the question of Abyei, the disputed oil-rich border territory claimed by both countries.   “The warming of their relations was visible in Abyei, where most of the threats to the community were of a criminal nature, not of military…
APO Press Releases
UNMISS renews trust and confidence through leadership seminar in Eastern Equatoria state
5 hours ago
Download logo“It’s now clear to us how UNPOL, military peacekeepers, and civilian staff work,” said Joseph Oswaha, the mayor of Torit, Eastern Equatoria. Mr. Oswaha was speaking at a three-day leadership seminar organized by the United Nations Mission in South Sudan (UNMISS). The objective: To increase knowledge about the UN Peacekeeping mission and its mandate across…
APO Press Releases
UN Day celebration in Goma: women in the spotlight
5 hours ago
Download logoIn Goma, North Kivu, MONUSCO field office celebrated on Monday, October 25, 2021 the International Day of the United Nations. One of the highlights of this commemoration was a round table on the theme “Women, Peace and Security”. Four specialized agencies of the United Nations system (UNICEF, UNHCR, FUNUAP and UN Women) took part…