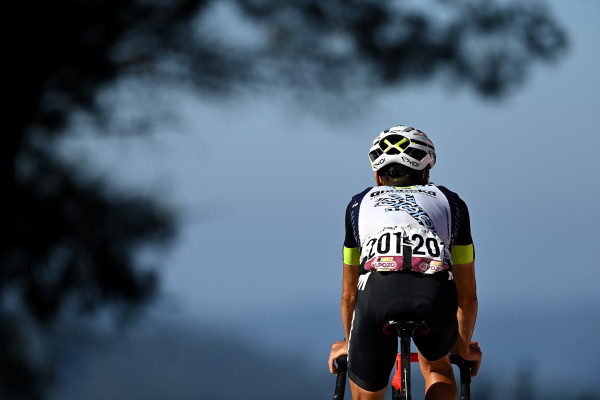 At just 31 years of age, some may have been surprised upon hearing Aru's intentions to retire, when he made the announcement on the eve of the Spanish grand tour. Particularly because the Sardinian had just come into the best form he has had in the last 3 years.

After a solid showing at the GP Lugano this year, Aru then raised eyebrows at the lower key Sibiu Tour with a 2nd place finish on GC. The Vuelta a Burgos soon followed, where up against a very strong peloton, Aru attacking on Picon Blanco brought joy to so many in the cycling world. Another strong ride on the final mountain stage secured back-to-back 2nd places in the GC standings and confirmed the Aru was getting back to his best.

“The last 3 years had been very difficult for me. This year we opted to change my program, skip the Tour, and go to Lugano and then Sibiu. It was there I found a good feeling on the bike again. I could start attacking again and riding with that freedom you feel when you can actually race the race. It was a feeling I missed so much.”

With renewed enthusiasm, Aru was selected to represent Team Qhubeka NextHash at the Vuelta a Espana. A race which has had so many defining moments in his career, winning two stages and finishing in the top 5 overall in 2014 was followed by him winning the race overall in 2015.

Given his history with the race, and love the Spanish cycling fans have for him, it is easier to understand why the Vuelta a Espana is the chosen stage for his final chapter. It would be the 'last dance' and a celebration of his career on the roads that already hold numerous good memories.

“In 2014 I won my first race as a professional at the Giro d'Italia, that was special, and I am not sure if anything can compare to that moment because I am Italian and to win at the Giro for an Italian is something else. That win changed my life and ensured people began to know who I am. But that year I also got to discover this beautiful country, Spain. I feel a lot of love and appreciation from the Spanish cycling fans. I think they enjoy the way I race, as I have always been a rider who will attack when my legs are good. I have always loved racing on these roads and up the great climbs around Spain, they hold so many of my best memories. “

Hours before the team presentation in Burgos, an emotional Fabio Aru announced his retirement plans to his teammates and then the world.

“For every rider there comes a time in their career when they know it is their time to stop. This time is different for each rider, for me it is a feeling, and I have this feeling now. For 16 years I have been a bike rider, this career has required that I spend a lot of time away from my family. Now it is my time to give back to them. Now I just want to enjoy this final experience and do my best.”

The Vuelta got off to a positive start as Aru was firmly in GC contention up until the end of stage 10. However, a lingering stomach issue that first surfaced just before the rest day took a turn for the worse after stage 11. A fairly-tale ending seemed doomed for Aru as he spoke to the media in Jaen, on the morning of stage 12.

“I feel really, really bad, I am completely empty at the moment. Last night and this morning have been terrible, with the vomiting and diarrhoea. Right now, I am not even sure I will be at the start line later.”

As Aru has done many times in his career though, he fought with everything he had, and mustered up the strength to start the stage not knowing if he would even be able to make it past the neutral zone. The stage got off to an incredibly fast start, the peloton averaging over 50km/h for the first 80km of the stage in sweltering heat. The much-expected abandon never came though, Aru completed the stage.

With the worst behind him, Aru was able to recover somewhat over the following stages and soon showed the form he had pre-race, had not left. Between stages 15 and 19, cycling fans were treated to four out of five days of attacking from Fabio Aru.

The cheers as the breakaway passed were maybe that little bit louder than usual on those days, and although the peloton gave nothing away on each occasion, shutting the break down, nothing could smother that famous Aru smile that has so fittingly returned on the roads in Spain.

“I went through a very difficult period in this race. A big thank you to the team for helping me through it, it was a small victory in itself. Over these last days I have truly enjoyed just being able to give my best. To be at the front with power in the legs. The support has been special, I have received so many lovely words and I thank you all. Certainly, I will need some days to understand the feeling entirely, so it is difficult to say right now how I feel as go to start my last day as pro, but I am glad to be here now, racing for Qhubeka, and I am happy.”