First Visit by U.S. Warship to Egypt’s Berenice Naval Base 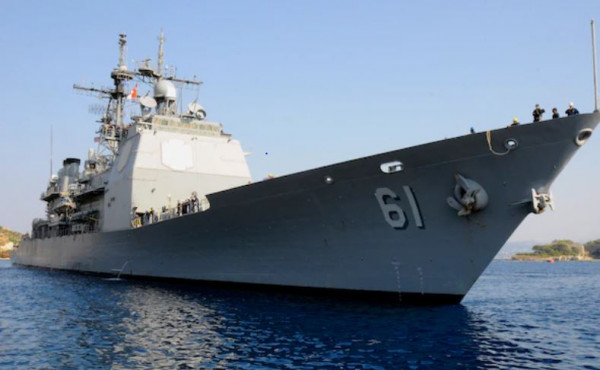 Guided-missile cruiser USS Monterey (CG 61) visited Egypt’s Berenice Naval Base on August 12, marking the first time a U.S. warship has pulled into the Red Sea base, which officially opened in January 2020.

The group toured the ship, spoke with crew members and participated in a gift exchange with Monterey’s commanding officer, Capt. Joseph A. Baggett.

“I am honored that Monterey was able to conduct this historic first visit to the Berenice Naval Base,” said Baggett. “I’m also extremely proud of the hard work this crew has put into this and every other opportunity we’ve had to operate alongside regional partners throughout our deployment.”

Ambassador Cohen noted: “This visit exemplifies the strength of U.S.-Egyptian maritime cooperation. Together we are combating smuggling, trafficking, and piracy, and ensuring safety at sea.”

In April, Egypt became the 34th member of CMF, an enduring multinational coalition formed in 2002 and committed to upholding the rules-based international order by countering illicit non-state actors, safeguarding freedom of navigation, and promoting security, stability, and prosperity.