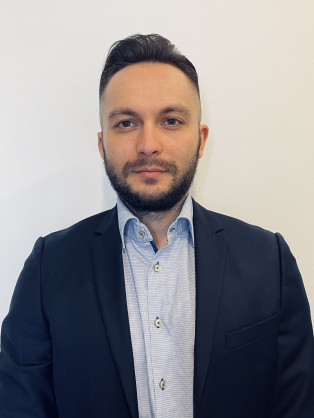 2020 in its totality evoked stress amongst the global population, not only due to the fear of contracting COVID-19 but in terms of what national lockdown measures meant to the employment status of most. Dany Mawas, Regional Director at INFINOX (www.INFINOX.com), a globally recognised FX and CFD broker with an international presence, asserts that while many were hard hit by dramatic salary reductions and even job losses, some sought alternative sources of income in the form of online trading.

“FX (forex) is the world’s largest financial market, with more than $6-trillion traded every day,” explains Mawas. “This volume makes for a highly liquid market, which allows traders to enter and exit easily at their intended price. And is why the FX market is so popular for traders.”

He adds that, unlike stock markets which only operate during the day in their respective countries, FX can be traded 24-hours a day, five days a week, and is easily accessible from anywhere in the world.

“CFDs are a popular instrument that provides traders access to the financial market, even with relatively modest accounts,” explains Mawas. “Leveraging FX and CFDs can benefit traders, allowing them the flexibility to not take the full trade amount. And while this is attractive in giving traders the ability to reap the same profits, they are at an increased risk of experiencing the same losses. It is therefore imperative that traders fully comprehend the idea of leverage and how it works.”

Traders need to take note of the more popular trading assets, and Mawas notes that in the instance of INFINOX, the broker has seen an increase in activity in gold (XAU/USD).

“We have observed that gold has accounted for 36.5% of all traded volume over the last 12 months,” he says. “In Asia, it is the most popular instrument to trade, and in Africa, it is second only to US30.”

“Gold is considered a safe-haven asset and has led to countless investors flocking to it, particularly in times of financial market uncertainty. This is evidenced over the past year, where, in COVID-19 affected markets, investors have found comfort in gold, with an all-time high being recorded in August 2020.”

The second, third and fourth most traded instruments according to INFINOX were FX pairs, in particular, EUR/USD at 14.3%, GBP/USD at 12.2%, and GBP/JPY at 4.2%. As with other key asset classes, FX has seen significant volatility, owing largely to its liquidity and ease of trade, and it is of no surprise that throughout the pandemic, investors have chosen to trade these major pairs.

“Volatility of the major pairs, EUR/USD and GBP/USD, can also be coupled with the uncertainty of Brexit and is another reason they have been popular with traders. The combination of the pandemic recovery and Brexit, I believe will have significant importance in the near future for these markets,” concludes Mawas.

Distributed by APO Group on behalf of INFINOX Capital.