By APO Group
The NBA (www.NBA.com) today announced the global premiere of “NBA Lane,” a short film celebrating the league’s storied history ahead of its 75th Anniversary Season, which will stream across all NBA (https://bit.ly/3FbGvNT) social platforms and on NBA.com/75 beginning Thursday, Oct. 7 at 12 p.m. ET as part of “NBA 75” flagship campaign. The film stars… 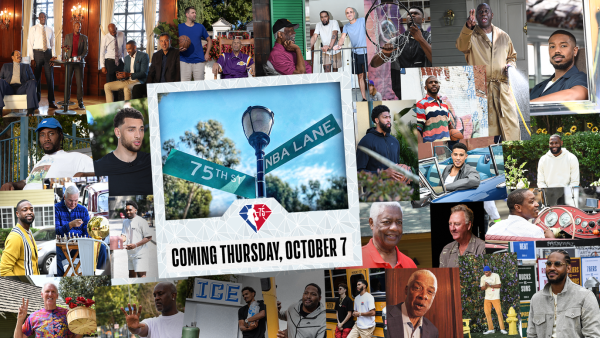 The NBA (www.NBA.com) today announced the global premiere of “NBA Lane,” a short film celebrating the league’s storied history ahead of its 75th Anniversary Season, which will stream across all NBA (https://bit.ly/3FbGvNT) social platforms and on NBA.com/75 beginning Thursday, Oct. 7 at 12 p.m. ET as part of “NBA 75” flagship campaign. The film stars actor and producer Michael B. Jordan and more than 30 NBA players and legends coming together to tell the story of the past 75 years through a comedic and fun lens.

Set in a fictional neighborhood where current NBA stars and legends reside, “NBA Lane” takes fans on a journey with the personalities – past, present and future – who have written the history of the game. In the three-minute film, Jordan serves as the neighborhood “Hoop Bus” (www.HoopBus.com) driver taking a group of children on a tour of the NBA neighborhood that houses 75 years of basketball culture. As the bus rolls through the streets of the community, the passengers encounter these prolific figures in everyday settings. From former rivals Magic Johnson and Larry Bird becoming friendly next-door neighbors; LeBron James tending to his garden; Kareem Abdul- Jabbar teaching Dirk Nowitzki the art of the hook shot; to Zion Williamson breaking a backboard at the street court, it is just another day in the neighborhood. The tour honors both the NBA legends who have laid the foundation of the league and the current players who are shaping its future.

“‘NBA Lane’ was created as a way to honor both the history and future of the NBA,” said NBA Chief Marketing Officer Kate Jhaveri. “We are thrilled to bring together some of the league’s greatest players and legends to celebrate not just the NBA’s 75th Anniversary Season, but also the connection fans have built with our game.”

“As someone who has been a member of the NBA Family for the past 65 years, I can truly say, like I do in ‘NBA Lane’, ‘This game just keeps getting better,’” said NBA Legend Bill Russell. “Being a part of this film, alongside so many greats representing nearly eight decades of the league’s history, is a great thrill and a tremendous honor.”

Created in conjunction with Translation LLC, the short film was directed by Rick Famuyiwa (“Dope” and “The Mandalorian”) and Emmett Malloy of the Malloy Brothers (“Easy Express” and “The Tribes of Palos Verdes”). “NBA Lane” will begin airing on television networks Sunday, Oct. 10. Additionally, 30- and 60-second versions of the film will air across all platforms during the fall. More adaptations will be produced around marquee events throughout the season featuring a variety of new faces.

The full cast of “NBA Lane” includes the following:

The NBA’s 75th Anniversary Season tips off on Tuesday, Oct. 19 on TNT with a doubleheader featuring the defending champion Milwaukee Bucks hosting the Brooklyn Nets (7:30 p.m. ET), followed by the Golden State Warriors visiting the Los Angeles Lakers (10 p.m. ET). For the latest details on NBA 75 celebrations, including opportunities for fans to participate, visit NBA.com/75 and #NBA75 on social media throughout the 2021-22 season.

Jordan’s participation in “NBA Lane” stems from his love for the game of basketball and his shared commitment in spotlighting Historically Black Colleges and Universities (HBCUs). His Invesco QQQ Legacy Classic (https://bit.ly/3FfkzBt), taking place on Saturday, Dec. 18 at the Prudential Center in Newark, N.J., will feature an HBCU doubleheader on TNT and highlight HBCU life and culture.

About the NBA:
The NBA is a global sports and media business built around four professional sports leagues: the National Basketball Association, the Women’s National Basketball Association, the NBA G League and the NBA 2K League. The NBA and the International Basketball Federation (FIBA) also jointly operate the Basketball Africa League (BAL). The NBA has established a major international presence with games and programming available in 215 countries and territories in more than 50 languages, and merchandise for sale in more than 100,000 stores in 100 countries on six continents. NBA rosters at the start of the 2020-21 season featured 107 international players from 41 countries. NBA Digital’s assets include NBA TV, NBA.com, the NBA App and NBA League Pass. The NBA has created one of the largest social media communities in the world, with 1.9 billion likes and followers globally across all league, team, and player platforms. Through NBA Cares, the league addresses important social issues by working with internationally recognized youth-serving organizations that support education, youth and family development, and health-related causes. 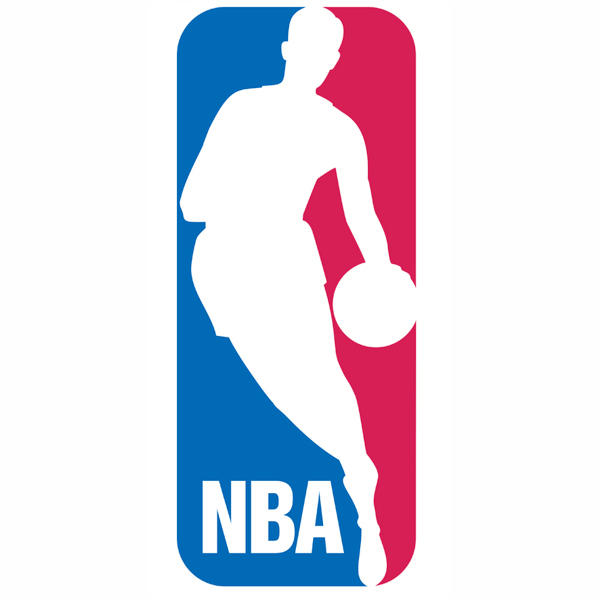 Sport
England ordered to play game behind closed doors after Euro 2020 final chaos
2 hours ago
England must play their next home match in a UEFA competition behind closed doors following disorder at the Euro 2020 final at Wembley, European football's governing body ruled on Monday.
Nigeria
Aregbesola’s camp drags Buni, others to court over APC congress
2 hours ago
The internal crises in the ruling All Progressives Congress (APC) following last weekend’s congresses across the country have continued to deepen...
Sport
Modric 'doesn't see the point' of World Cup every two years
2 hours ago
Real Madrid midfielder Luka Modric has criticised FIFA's plans for a biennial World Cup and expressed dismay that players have not been consulted.
Nigeria
Security alert: Delta faults inclusion in UK’s travel advisory to 12 states
2 hours ago
Gunmen have killed at least 30 people in an attack in Sokoto State, Governor Aminu Tambuwal confirmed yesterday. The assault began at a weekly market in Goronyo on Sunday and continued into Monday morning...
Sport
Time is now for Barca as bid for Champions League recovery begins
2 hours ago
Barcelona wants to build for the future with the tantalising prospect of another group of teenage talents emerging together, but for now, reality still bites.

APO Press Releases
Civil society in Eastern Equatoria trained by UNMISS on documenting human rights violations
1 day ago
“There has been great pressure on the civilian population in Eastern Equatoria to stop human rights violations during conflicts and intercommunal violence,” said Anthony Nwapa, a Human Rights officer working with the UN peacekeeping mission. “We want to start addressing these challenges with you as a team.” Mr. Nwapa was speaking at a two-day sensitization…
APO Press Releases
Renewed Call to Protect Girls' Rights and End Child Marriage in East and Southern Africa
1 day ago
Download logoWhen girls are forced to drop out of school because they get married, often well before their 18th birthday and seldom as a choice, it perpetuates a lifetime of poverty and the denial of girls’ rights and ability to fulfil their potential. Under the joint UNFPA-UNICEF Global Programme to End Child Marriage (GPECM), experts…
APO Press Releases
Technical Advisory Group to focus on growth and advancement of women's football
1 day ago
Download logoCompetitive balance, increased opportunities for underserved nations, a FIFA Women’s Club World Cup, increased visibility and participation, FIFA (www.FIFA.com) international windows, prize money and the possibility of staging a biennial FIFA Women’s World Cup are some of topics included in the discussions held by the FIFA Technical Advisory Group (TAG) led by Jill Ellis.…
APO Press Releases
Football champion Didier Drogba appointed World Health Organization Ambassador for Sports and Health
1 day ago
Download logoFootball legend Didier Drogba was today announced as the World Health Organization's Goodwill Ambassador for Sport and Health. Drogba, from Côte d’Ivoire, will support WHO to promote the Organization’s guidance on the benefits of physical activity and other healthy lifestyles, and highlight the value of sports, particularly for youth. Mr Drogba, well known for…

APO Press Releases
Positive momentum in Central African Republic must be maintained
6 hours ago
The announcement last week of a unilateral ceasefire in the Central African Republic is among recent positive steps in the country, the top UN official there told the Security Council on Monday, urging continued support for peace and reconciliation efforts.  Mankeur Ndiaye, Special Representative of the Secretary-General and head of UN peacekeeping operation, MINUSCA, underlined the need to maintain “positive momentum” as the…