No need to Lament about the Oil Discovery in Namibia’s Kavango Basin. What About the Huge Benefits It Represents for Namibians? (By NJ Ayuk) 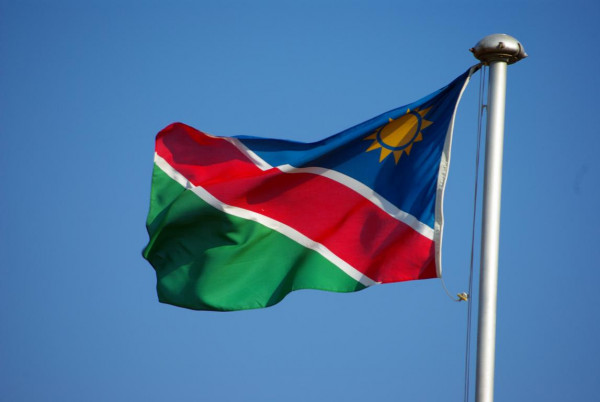 Six months ago, Canadian oil and gas company Reconnaissance Energy Africa Ltd. (“ReconAfrica”) began exploratory drilling in the deep Kavango Basin of northeast Namibia and into northwest Botswana. The company holds a total licensed area of 8.5 million acres in the area, and it hoped to find massive reserves of conventional oil in this thick Permian sequence.

In April, ReconAfrica released exciting preliminary data from its exploratory wells that confirmed an active petroleum system. According to Petro Online, “Analysts estimate the company could generate 120 billion barrels of petroleum on just 12% of this footprint, potentially outperforming the oil-rich Permian Basin in Texas if exploration continues.”

Since then, ReconAfrica has signed a petroleum agreement with the Namibian state oil company NAMCOR. ReconAfrica now owns a 90% interest in the Kavango Basin, and NAMCOR holds the remaining 10% interest. Based on their commercial success, the agreement entitles ReconAfrica to a 25-year production license over any commercial discovery.

For a region that has never produced a barrel, these developments could be huge, not only for RenconAfrica, but more importantly, for Namibia’s people. Exploration and production activities will open the door to thousands of well-paying jobs for Namibians, not to mention the opportunities for building local capacity and technology sharing that come with the presence of international oil companies.

ReconAfrica’s success can help fight energy poverty through gas-to-power programs and set Namibia on a better path. If commercial oil production in the Kavango Basin is as successful as projected, income trajectory has the potential to improve local communities and help establish the right kind of infrastructure for education, healthcare, and social services that will benefit everyone. The direct and indirect benefits will create jobs and entice entrepreneurship.

Additionally, as an Oilprice.com commentary points out, “The size of the potential upside for ReconAfrica, combined with the speed the company is executing its exploration program, means that this is not likely a scenario where investors are forced to wait for a potential payoff five years or more into the future. Positive drilling results could trigger an increase in share value — or potential partnership and acquisition news — at some point in 2021, probably making this a rare short-term opportunity with significant upside potential.”

The environment has not been an afterthought for ReconAfrica or the Namibian government when it comes to this project. Government agencies performed environmental impact assessments before approving it, as required by law, and ReconAfrica has conducted numerous studies itself.

Despite this, environmental advocacy groups and non-governmental organizations (NGOs) have already started condemning Namibia’s decision to allow ReconAfrica to move forward with exploration and production activities. No one loves the environment more than the Namibian authorities and ReconAfrica.

This isn’t a surprise, but it is troubling.

We’ve seen a continual pattern of environmental groups putting the muscle on international organizations and private investors to “encourage” them to drop support for African fossil fuel production — including activity in Namibia.

The thing is, their campaign to save Namibia from the evils of fossil fuel production does not represent the views of the Namibians.

Namibia’s leadership recognizes the Kavango Basin discovery as good news, not only for government, but for the country as a whole.

“This is a great period for the people of Namibia, with the results of the well confirming a big potential for a very valuable energy resource for our country and therefore a significant development for Namibia onshore exploration efforts,” Minister of Mines and Energy Thomas Alweendo has said.

I believe that environmental campaigns like the one we’re seeing in Namibia will be detrimental to the future of Africa’s oil and gas sector — and to the Africans who should be realizing its benefits. Let’s remember, massive onshore reserves like this are not discovered often anymore, and when they are, they’re usually in Africa. The continent is the final frontier for onshore oil, the last largely unexplored region of the world.

This also makes it a prime target for international environmental enterprises.

And this is the case in Namibia today. ReconAfrica’s exploration in the Kavango Basin has attracted loads of unfair criticism from green groups who do not even know where Namibia is because the basin is located in the Okavango wilderness region, one of the planet’s most diverse ecosystems. Environmentalists worry about one of the largest herds of African elephants in the world, among countless other species of animals, as well as water sources for local communities.

ReconAfrica is following all Namibian regulations and international best practices, avowing, “ReconAfrica will ensure that there is no environmental impact from these wells. Specific steps are taken that are part of our plans and verified by environmental auditors and technical specialists.” We must continue to support good practices like the ones being carried out.

In addition, green advocates argue that oil and gas exploration and production in Namibia must be eliminated if we are to succeed in transitioning to renewable energy. But it’s a fallacy to think that oil production in the Kavango Basin will crowd renewables out of the marketplace. In fact, I believe we’ll see the exact opposite. As climate change arguments and environmental concerns continue to build momentum, the energy industry is being forced to invent and implement increasingly greener practices.

Don’t get me wrong: I believe in the science of climate change. I believe that we all must take it seriously. But I don’t believe that Western influencers know the best path forward for Africa. Intruding on our efforts to improve our economies and our infrastructures because somehow “they know best” when it comes to fossil fuels is archaic and insulting.

If anything, these efforts feel like just one more example that African voices don’t matter.

The Namibian government must not cave into these external pressures. If anything, they must double down on their efforts to establish the groundwork for sustained growth. They must question why these NGOs aren’t considering the views of the government, the people in Namibia, and the communities with the most to gain from oil and gas activities in their country. They must take this opportunity to show the world market what Namibia is capable of.

RenconAfrica’s Kavango efforts hold so much potential. We can’t afford to shutter their progress. It’s inhumane to continue to hold people down, especially when the people themselves have the ability to bring about meaningful changes. Environmental principles are important, but not when they sacrifice human dignity.

NJ Ayuk is Executive Chairman of the African Energy Chamber, CEO of pan-African corporate law conglomerate Centurion Law Group, and the author of several books about the oil and gas industry in Africa, including Amazon and Wall Street journal bestselling Billions at Play: The Future of African Energy and Doing Deals.