The highly anticipated opening of Steyn City (www.SteynCity.co.za)’s flagship apartment development, the City Centre, opens for sales on 11 October, with potential buyers and investors looking forward to the introduction of a concept which promises to redefine apartment living.

Steyn City, ranked Gauteng’s best residential estate by New World Wealth, first came to the attention of the property industry when it launched in 2015, promising a lifestyle beyond compare. Set against a backdrop of 2 000 acres of indigenous parkland in a highly secure setting, the development’s offering hinges on providing everything a family could need to live their best life – the perfect confluence of luxury and convenience. This vision has helped the development earn a number of global accolades. Now, it is set to impress once more as the jewel in the Steyn City crown, the City Centre, opens its doors.

When Steyn City Properties CEO Giuseppe Plumari introduced the City Centre to potential investors and homeowners in 2019 as part of the company’s Vision 2020 (a second phase which represented a further R5 billion investment in infrastructure spend and which included the launch of several new world-class facilities), he explained that the developers had set out to create an offering markedly different from other apartment developments. “These apartments are not intended as a waypoint on the journey to home ownership; rather, they are permanent homes themselves,” he explains.

To this end, careful attention has been paid to the unique design of the development, with apartments enjoying larger dimensions than usual, and premium fittings. Added to this, the development is built as a series of 38 small villages sprawling down a hillside, rather than the traditional monolithic structure, creating a more accessible, communal ambience for residents. These ‘villages’ are built around treed piazzas which, in keeping with the developers’ accent on greening, have been planted with trees and shrubs. Moreover, once the development is complete, the piazzas will be lined with several bespoke retailers and restaurants.

The super-basement is a further significant feature: spread out over 9ha, with capacity for 2 000 cars, this facility has been built around 18 lift cores, each bearing a unique design element (such as mosaic, timber, granite and marble) to ensure that residents find it easy to navigate the way through the basement to their home. Developed to include greenery, ventilation and lots of natural light, thanks to high roofs with cut outs.

The basement also plays a pivotal role in maintaining the tranquil atmosphere which is Steyn City’s, and the City Centre’s, trademark. While one would expect a development of this size to be accompanied by bustle and even congestion, a truck tunnel has been constructed below the City Centre. This is where all service and delivery vehicles will traverse, so that Douw Steyn and Plumari’s vision of a pedestrianised zone may be fulfilled. Moreover, the truck tunnel also bears refuse chutes originating from each floor, restaurants and retailers so the development itself remains a clear, uncluttered area where behind the scenes services and deliveries are kept out of sight.

When complete, the City Centre will offer over 700 one-, two-, three- and four-bedroomed simplex and duplex apartments, measuring from 68m2.  Added to this, 11 penthouses will be available, measuring on average 439m2 and equipped with features like private lift lobbies, glass garages and private plunge pools. Pricing for these apartments ranges from R2,3m to R35m. Residents will pay an affordable estate levy of R1 600 per month, as well as a body corporate levy of R25 per square metre. This ensures the maintenance and upkeep of Steyn City’s world class facilities and 2 000 acre parkland. Additional membership fees apply to some facilities, including the golf club, Ultimate Helistop,  aquatic centre with heated 25m pool, lagoon and beach style facilities, stabling at the equestrian centre and gym.

As part of the exciting project, Steyn City Properties enlisted the assistance of South Africa’s leading interior designers to create beautiful interiors for six apartments and two penthouses, all of which are available for purchase. The resulting designs speak to the City Centre’s setting and context of luxury and convenience.

With the finalisation of Phase I, 283 apartments have been completed. Of these, 185 apartments and two penthouses have been made available to potential buyers since sales become open to the public on 11 October 2021; the remainder are screen units. Steyn City Properties has, meanwhile, commenced construction on Phases 2 and 3. Construction will be ongoing without any pauses between phases, and is expected to be complete during the latter half of 2024.

Occupation for the newly released apartments is scheduled for August 2022.

True to Steyn City Properties’ philosophy, careful attention has been paid to security. Residents are kept safe through a triple biometric access system, and the development has its own 24/7 security nerve hub located in the basement. Added to this, 600 multiple function cameras have been installed throughout the City Centre development, and front desk officers are on duty at key sites such as lift lobbies, the piazzas, and basements.

There is also an emphasis on quality amenities, in keeping with the developers’ goal of helping to create a balanced lifestyle where the outdoors and keeping active are key. The City Centre has its own rooftop pools but, additionally, residents may access the facilities on offer in the broader development. These include the 18-hole Nicklaus design golf course, equestrian centre, indoor aquatic centre, outdoor workout stations, 50km mountain-bike track, tennis courts, 45km floodlit promenade for running and walking and resort pools. The development further offers play nodes, a Dino Park and Skate Park for children, as well as restaurants. Most recently, developers launched the Ultimate Helistop, offering chartered and scheduled flight services to residents and non-residents, and the 300m Lagoon powered by GAST Clearwater™; a massive lifestyle attraction complete with beach-style activities just a stroll away.  Adds Plumari, “we offer investors both a solid and sound financial investment while also the lifestyle investment of a lifetime where families can live out their best lives in Johannesburg.”’

Plumari informs that the developers’ vision, from the outset, was to create a community centred around safety, convenience and luxury. Capital Park, a 14-hectare commercial centre, is therefore a key part of this offering. Presenting individually designed three- and four-storey buildings, with spaces as small as 150sqm available to lease, the facility easily lends itself to the post-Covid hybrid model of remote working.

Steyn City School, an IEB-based campus comprising early years centre, preparatory and college schools and catering from Grade 000 to matric, is another plus in this regard.

Steyn City’s excellence has been recognised many times over; most recently with its listing as one of the top 10 lifestyle estates in the world by wealth intelligence firm New World Wealth.

The location of Steyn City’s City Centre, midway between the economic hub of Johannesburg and Midrand’s rapidly growing node and close to Lanseria International Airport, makes it a smart choice for businesspeople who need a pied à terre when meeting in Gauteng.

Says Plumari, “Every aspect of City Centre reaffirms our commitment to providing our residents and investors with the very best.” He noted that the development had benefits for the broader community, too: more than 3 000 jobs were created during the construction of the City Centre Phase 1; a major infrastructure project which signalled the company’s dedication to, and belief in, South Africa.

“We are particularly excited for this new chapter in the Steyn City story: all the convenience of apartment living, with its maintenance free appeal, with the spaciousness of a 2000 acre back garden. We would go so far as to say that the City Centre provides the blueprint for future cities.”

To make an exclusive booking, telephone 010 597 1170 or email cccsales@steyncity.co.za.

Distributed by APO Group on behalf of Steyn City. 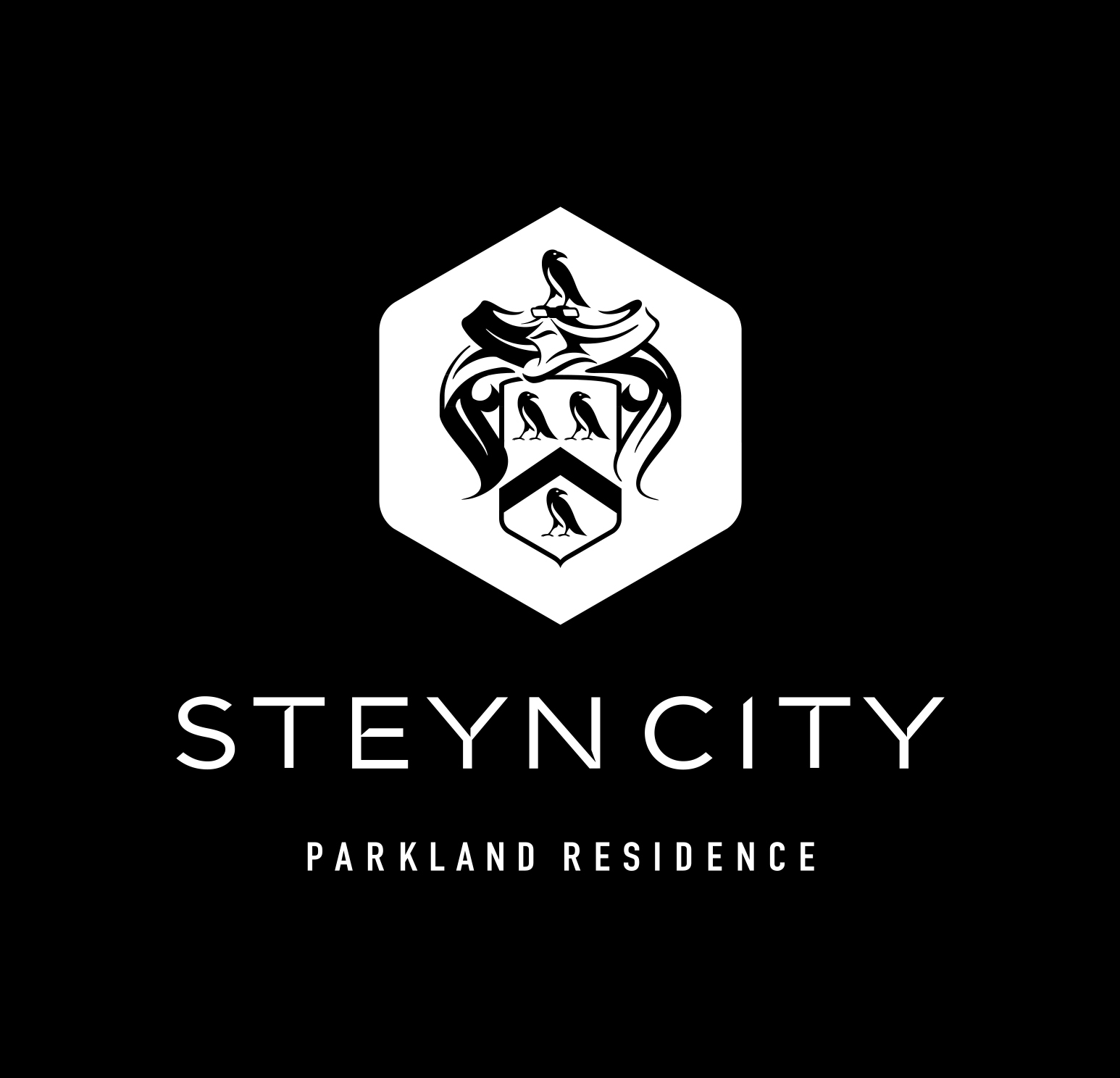 Sport
Top African players in Premier League history
24 mins ago
The English Premier League (EPL) has been home to some of the best players to ever cross the pitch. Few regions have contributed to that image more than Africa. Some incredible African players have left a lasting impression on the domestic game in England. Some of the biggest clubs have had African players play for…
What's New
Facebook Plans To Change Company Name To Shake Off Multiple Scandals
31 mins ago
Facebook plans to rebrand itself with a new name next week in a bid to distance itself from multiple scandals. The social media site - Facebook- may likely retain its moniker, but the parent company, Facebook Inc., which also owns Instagram and Whatsapp, will rebrand. The Verge reports that Facebook CEO Mark Zuckerberg plans to…
Tennis
Meet Ons Jabeur, the North African tennis star
37 mins ago
If you wonder who made Winmbledon's Last-16 in June, there's only one answer: Ons Jabeur, the first Arab woman to reach such a high-level achievement. Probably, we will hear about her more often. But for those who didn't follow the last Women's Tennis Association tournament or want to know more about Ons Jabeur and her…
Nigeria
Nigerian youths protest a year after bloody crackdown
50 mins ago
Nigerian youths held memorial protests in Lagos and Abuja on Wednesday, one year after security forces violently suppressed mass protests against police brutality and bad governance. Under heavy police watch, dozens of protesters rallied in a procession of cars waving green and white national flags from windows at the Lekki tollgate in Lagos, the site…
Spotlight
Sex, Hope And Activism: Meet 'Uganda's Rudest Woman'
1 hour ago
Her sexually explicit protests have been likened to pornography, but Ugandan activist and writer Stella Nyanzi says sex is the most effective -- and entertaining -- way to shake people out of their apathy. "I learnt very early that there are some topics in Uganda that are tired and... the only way to capture attention…

APO Press Releases
Secretary-General of Ministry of Foreign Affairs Bids Farewell to Ambassador of Mali
1 day ago
HE Secretary-General of the Ministry of Foreign Affairs Dr. Ahmed bin Hassan Al Hammadi met Tuesday with HE Ambassador of Republic of Mali Shaykh Ahmad Tijani Diakite, on the occasion of the end of his tenure. HE Secretary-General of the Ministry of Foreign Affairs thanked HE the Ambassador for his efforts in supporting and strengthening…
APO Press Releases
Coronavirus - Malawi: UK Emergency Medical Team provides COVID-19 support and training to health workers in Malawi
10 hours ago
Download logoA UK Emergency Medical Team (EMT) will deploy to Malawi for 8 weeks to support the Ministry of Health’s Covid-19 response, particularly in management of critically ill COVID patients, community perceptions around COVID-19 and support to community engagement on national COVID-19 vaccination efforts. The UK EMT is a rapid medical response capability, comprising of…

APO Press Releases
African Union of Broadcasting (AUB) and Canal+ to kick against Television Signal piracy
10 hours ago
Television Signal piracy is a real shortfall for the audiovisual industry, nowadays. During the African Nations Championship held in Cameroon in January-February 2021, opportunity was given to the African Union of Broadcasting (www.uar-AUB.org ) to (re) take stock of satellite and online piracy, during broadcast time. Out of 32 games delivered in 21 days, several were screened…