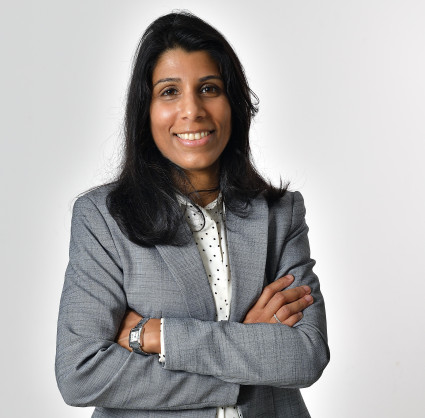 A USD 20M loan has been successfully signed between The Mauritius Commercial Bank Limited (MCB) (www.MCB.mu) and Bank of Kigali Plc on 26 July 2021. The aim of this loan is to provide additional liquidity to Bank of Kigali Plc over a 1-2 year period, to facilitate execution of its lending strategy. Despite the challenging market conditions, Bank of Kigali Plc maintains strong financial performance and continues to attract the support of financial institutions, showcasing investors’ confidence in the bank.

The loan proceeds will be used mostly to fund their general corporate projects. Bank of Kigali Plc remains a systemically important bank in Rwanda and injection of the funds into the economy will likely boost growth and development.

This transaction is one among the many partnership areas MCB and Bank of Kigali Plc have had over the years. The two institutions have established an excellent relationship and the interactions span across various spectrums of normal banking activities and more specialised advisory services around Capital Markets and Consulting.

“The USD 20M term loan from The Mauritius Commercial Bank Limited will increase Bank of Kigali’s liquidity and support our efforts in financing the economic recovery of our customers who have been affected by the Covid-19 pandemic, especially Small and Medium Enterprises.” said Dr. Diane Karusisi, Bank of Kigali CEO.

Alain Law Min, CEO, MCB Ltd: “I am confident that the USD 20M term loan from MCB will greatly help Bank of Kigali’s endeavours to support the local entrepreneurs in their effort to build back the local economy. I am also pleased that this transaction will further strengthen the long standing relationship between our respective organisations.”

Anbar Jowaheer, Head of Financial Institutions and Syndication confirms that: “At MCB, and as an African Bank, we are proud to support other African Financial Institutions in accelerating their growth strategy through our Bank of Banks initiative. As a proactive partner, we are committed to uphold strategic collaboration with our African clients.”

MCB, with a standing of more than 183 years, remains a key player within the African landscape. It has subsidiaries and Representative Offices across the continent, along with a broad network of African correspondent banks.

Distributed by APO Group on behalf of The Mauritius Commercial Bank Ltd (MCB).

About MCB:
MCB is the leading financial institution in Mauritius and an increasingly important regional player. Based on a strong business model and modern distribution channels and customer services, MCB has been supporting the development of individuals, companies and the country as a whole since 1838, thereby playing a key role in the socioeconomic development of Mauritius. It is supported by a network of over 500 correspondent banks around the world and has diversified its activities in Sub-Saharan Africa and the region since the early 1990s. The participation of MCB in large-scale cross-border operations, as well as the acceleration of its Bank of Banks initiative, demonstrate its international diversification. MCB is a socially responsible institution committed to promoting the principles of sustainable development and adheres to the Equator Principles and United Nations Global Compact.

About Bank of Kigali Plc.
Bank of Kigali Plc is the largest commercial bank in Rwanda, by total assets. In 2017, Global Credit Ratings affirmed Bank of Kigali’s long-term and short-term national scale ratings of AA-(RW) and A1+(RW) respectively with a stable outlook.

The Bank has won several back-to-back international and regional banking awards from EuroMoney, The Banker, Global Finance Magazine, and EMEA Finance. Bank of Kigali has been recently awarded “Best Bank in Rwanda 2021” by Global Finance.