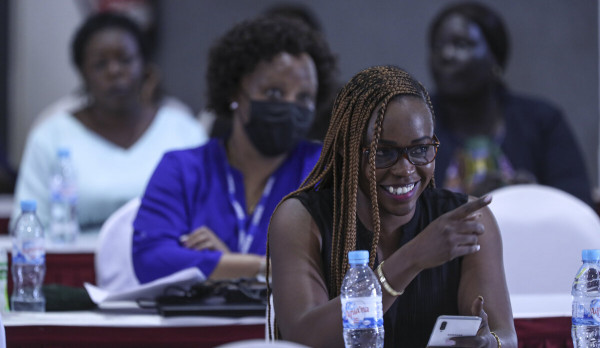 Women across South Sudan suffered immense harm as the result of the civil war. Many lost their lives, their families, their homes, and their jobs. Three years after the signing of the peace deal, they are playing a significant role in the recovery and rebuilding effort.

The revitalized peace agreement requires 35 percent representation of women in all governance institutions. The country has appointed its first female Speaker and a number of women Parliamentarians, but it is still far from meeting the target set. In response, the United Nations Mission in South Sudan is supporting efforts to increase the participation of women in leadership roles.

Working in partnership with the South Sudan Women’s Empowerment Network and generous donors, the Mission hosted a two-day workshop for young women members of the reconstituted Transitional National Legislative Assembly to build their capacity.

Opening the event, UNMISS’ Deputy Special Representative of the Secretary-General (Political), Cong Guang, said it was chance for women to take a lead role in peace-building, recovery and the reconstruction of the world’s newest nation.

“The current peace process in South Sudan offers an opportunity for promoting gender equity, advancing the position of women in society, mainstreaming women’s activities and perspectives in all spheres of peacebuilding and increasing their participation in leadership,” he said.

The workshop was a chance for experienced parliamentarians to mentor their new young counterparts ahead of the newly reconstituted Transitional National Legislative Assembly beginning its work to pass new laws enabling the full implementation of the peace agreement, including the making of a new constitution.

Speaking at the workshop, the Minister of Gender, Honourable Aya Benjamin Warille, said it was a critical and timely opportunity for the members to equip themselves for the task ahead, so they can be more skilled, assertive, and transformative in progressing political and economic reform.

“The proposed establishment of network of young MPS is a noble idea because it will promote gender mainstreaming and make the Parliament gender-sensitive in its functions,” said the Minister.

The workshop included a number of sessions on the law-making process as well as how to better empower women to lead conflict resolution and peacebuilding processes.

“Women’s empowerment through meaningful participation is a proven way to deepen the effect and sustainability of peace building,” said DSRSG Cong.

“We know that their involvement remains critical to ensure that women’s needs and interests are reflected in post-conflict planning. It is harder to achieve lasting peace and security in any country and any region where only half of the population is represented at the negotiation table or in talks on post-conflict reconstruction.”

As women around the country continue to suffer the impact of the prolonged conflict and dire economic situation, it is hoped that the new young Parliamentarians will lead the way in transforming South Sudan so that the next generation can look forward to a much brighter future.

South Sudan plagued by violence and corruption, Human Rights Council hears
1 hour ago
UN Resident and Humanitarian Coordinator Georgette Gagnon concludes a four-day visit to Benghazi to discuss humanitarian and development situation
1 hour ago
Niger to Improve Women and Girl's Access to Nutrition and Health Services
1 hour ago
Drought in south-western Angola drives severe hunger
1 hour ago
ECOWAS Briefs Political Officers and Military Advisors of the Diplomatic Corps
1 hour ago
African Development Bank adopts new policy to strengthen accountability and support people affected by its operations
1 hour ago
Migrant Support Centres in the East and Horn of Africa Look to the Next Three Years
1 hour ago