By Editor
Share on Facebook Share on Twitter Share on WhatsApp Share on Telegram
Lagos is renowned for several accomplishments, the entrepreneurial hub of Nigeria, seat of several historical scenes and home to an ever-vibrant culture. The city is about to birth another historical feat as it becomes the first Nigerian city to witness a partnership of this magnitude.
1 of 10 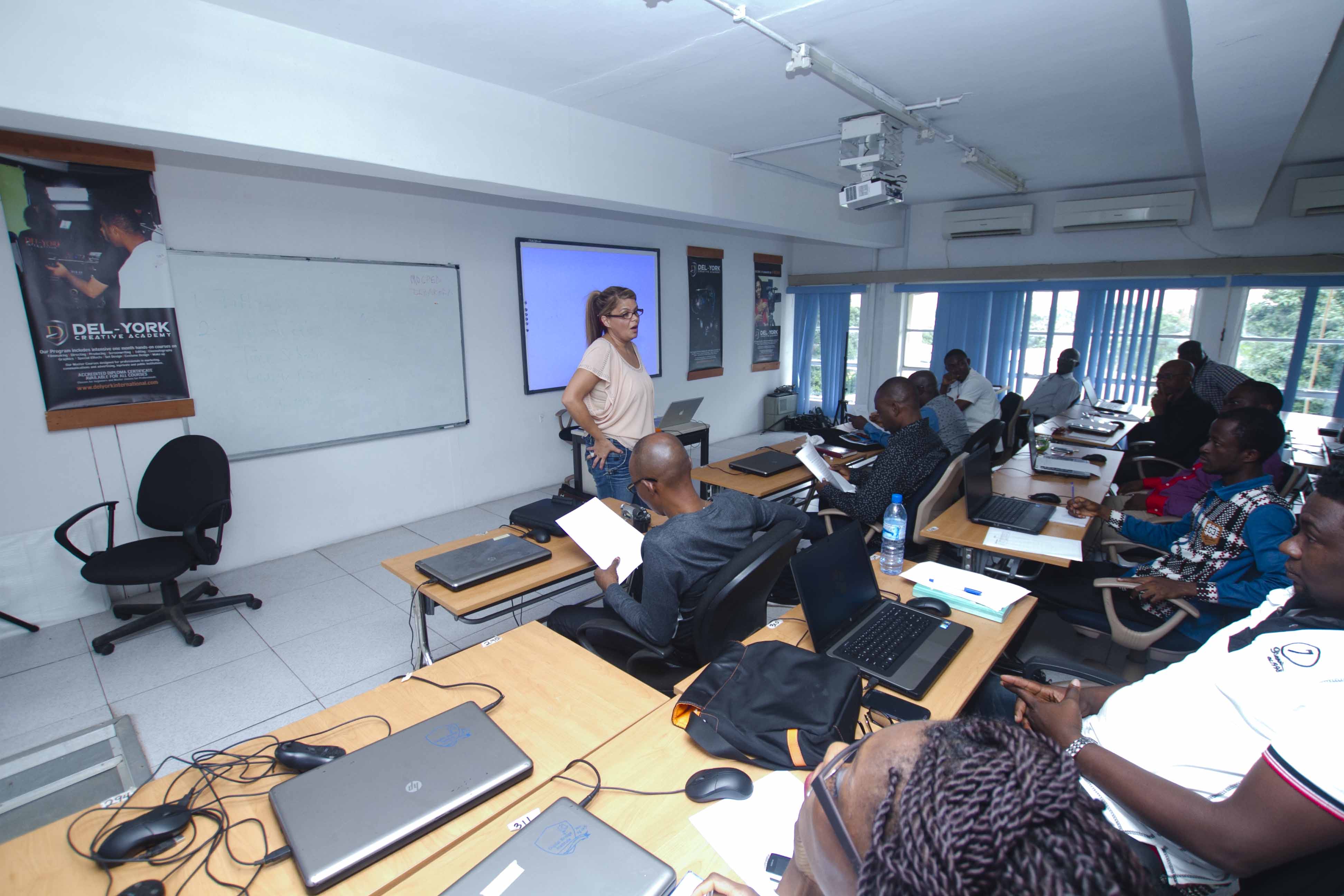 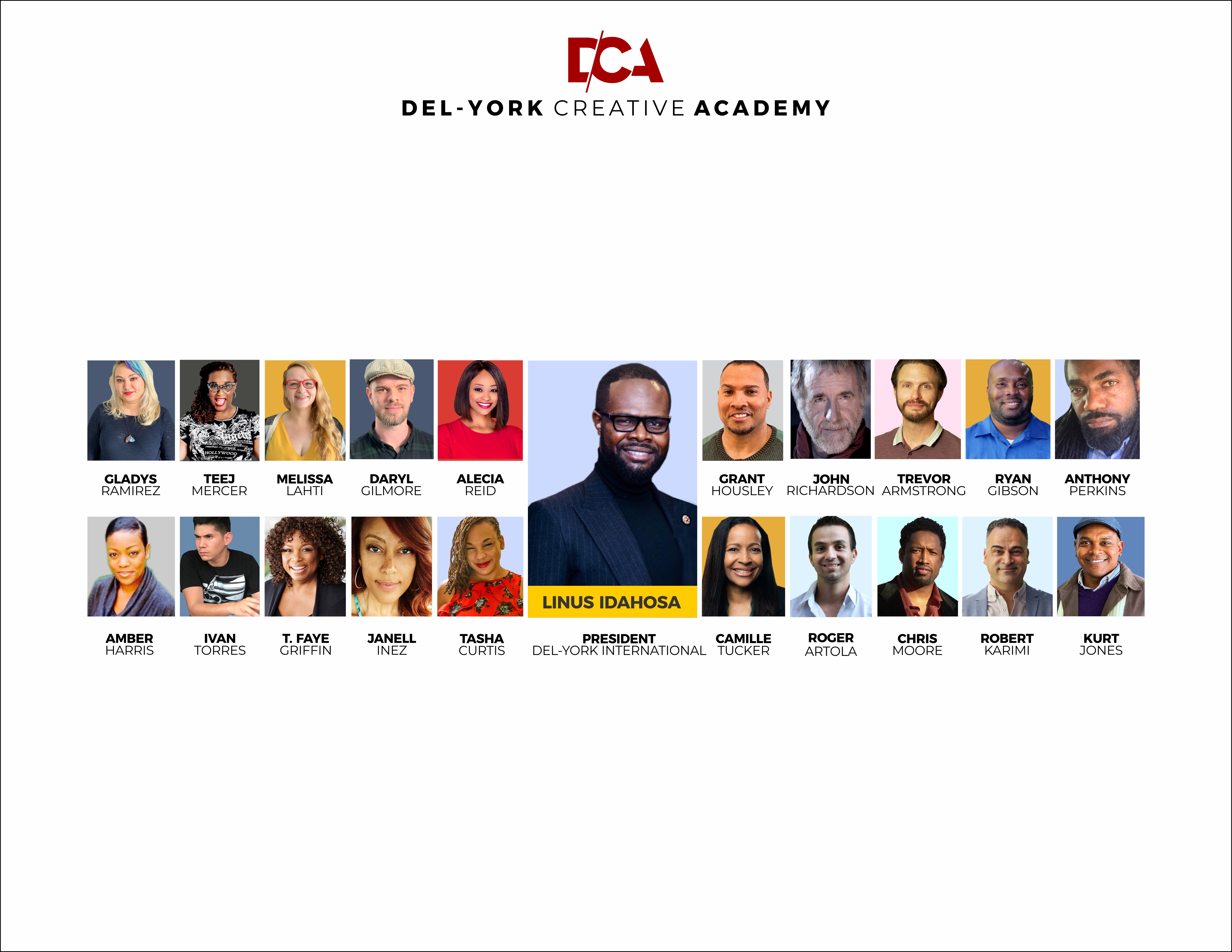 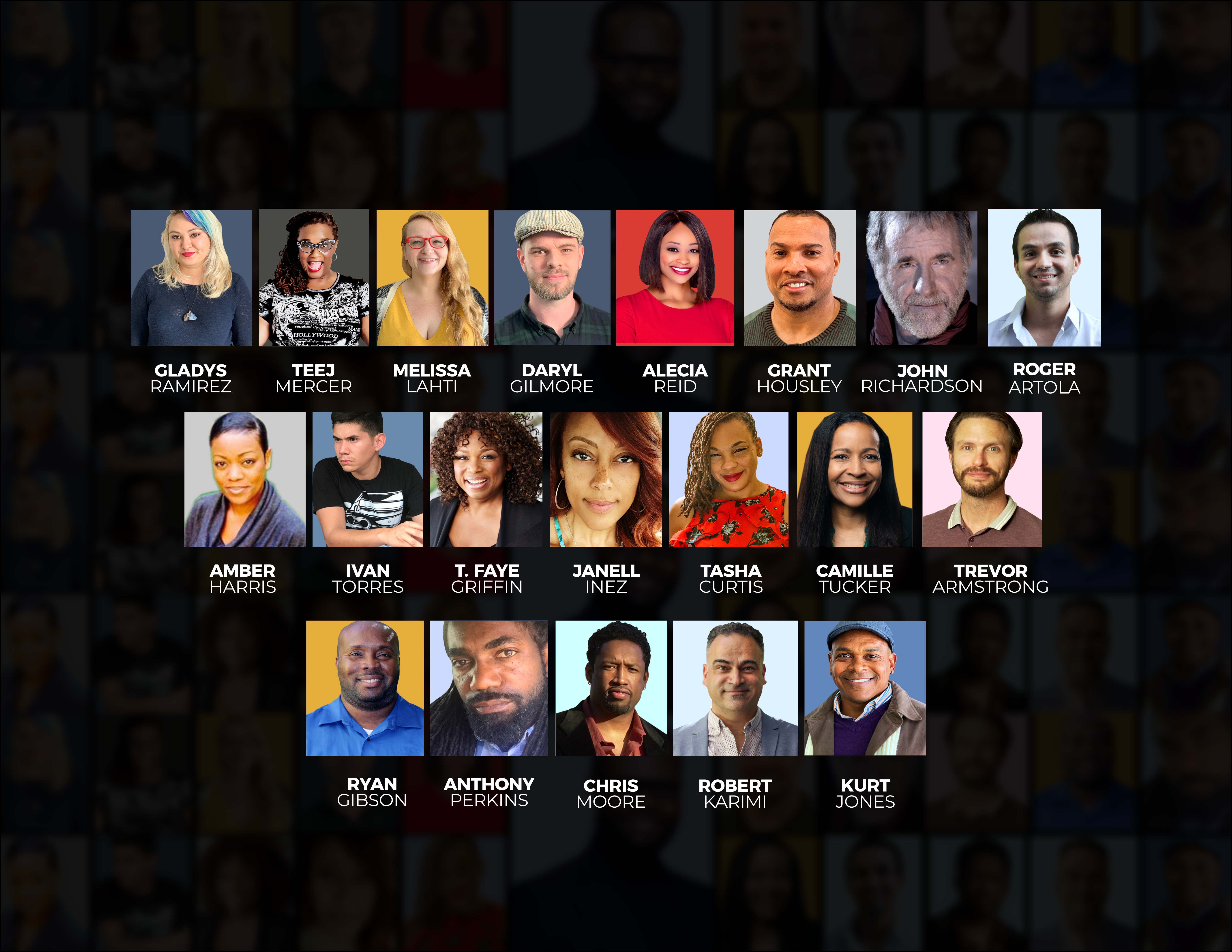 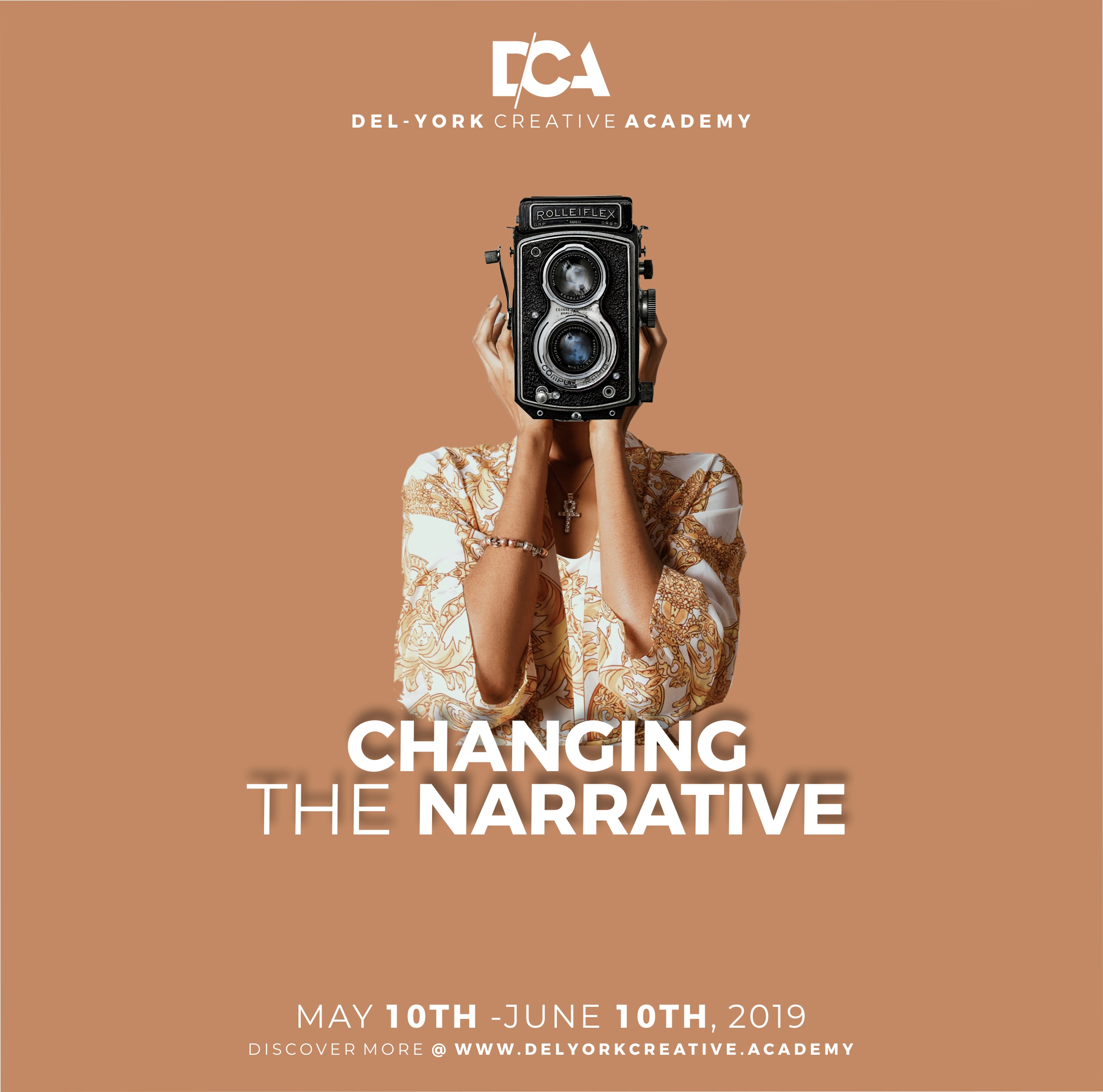 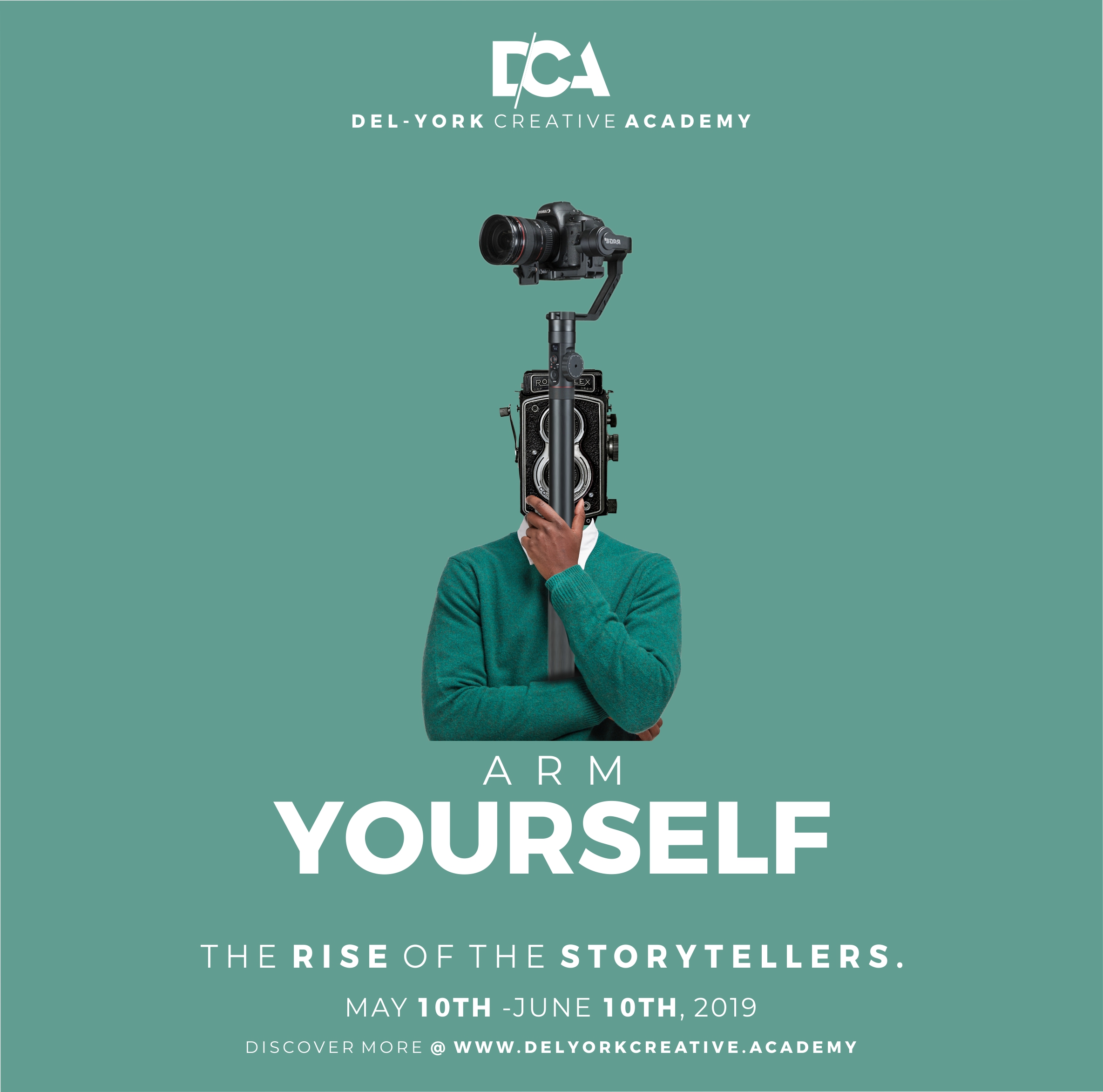 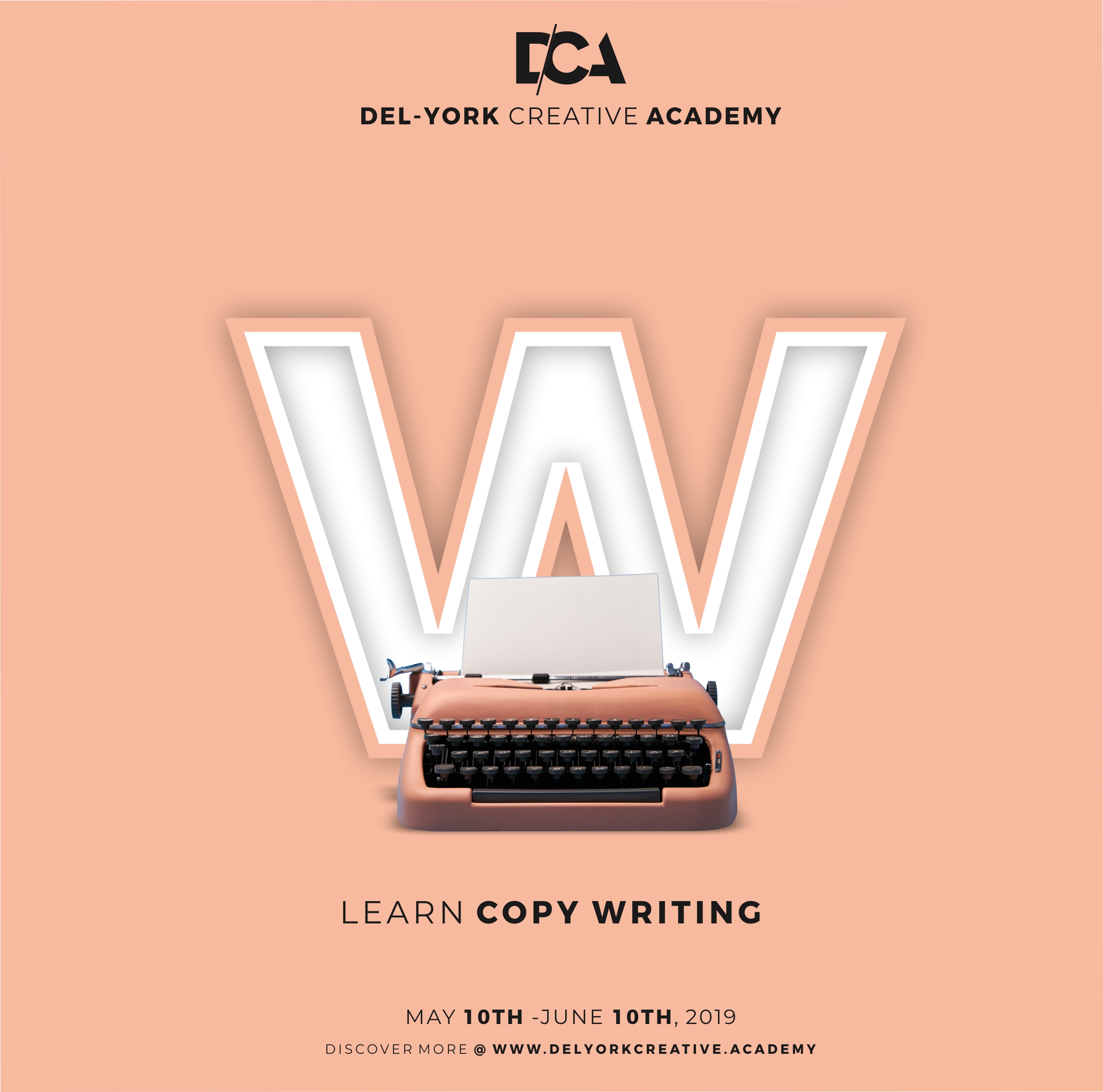 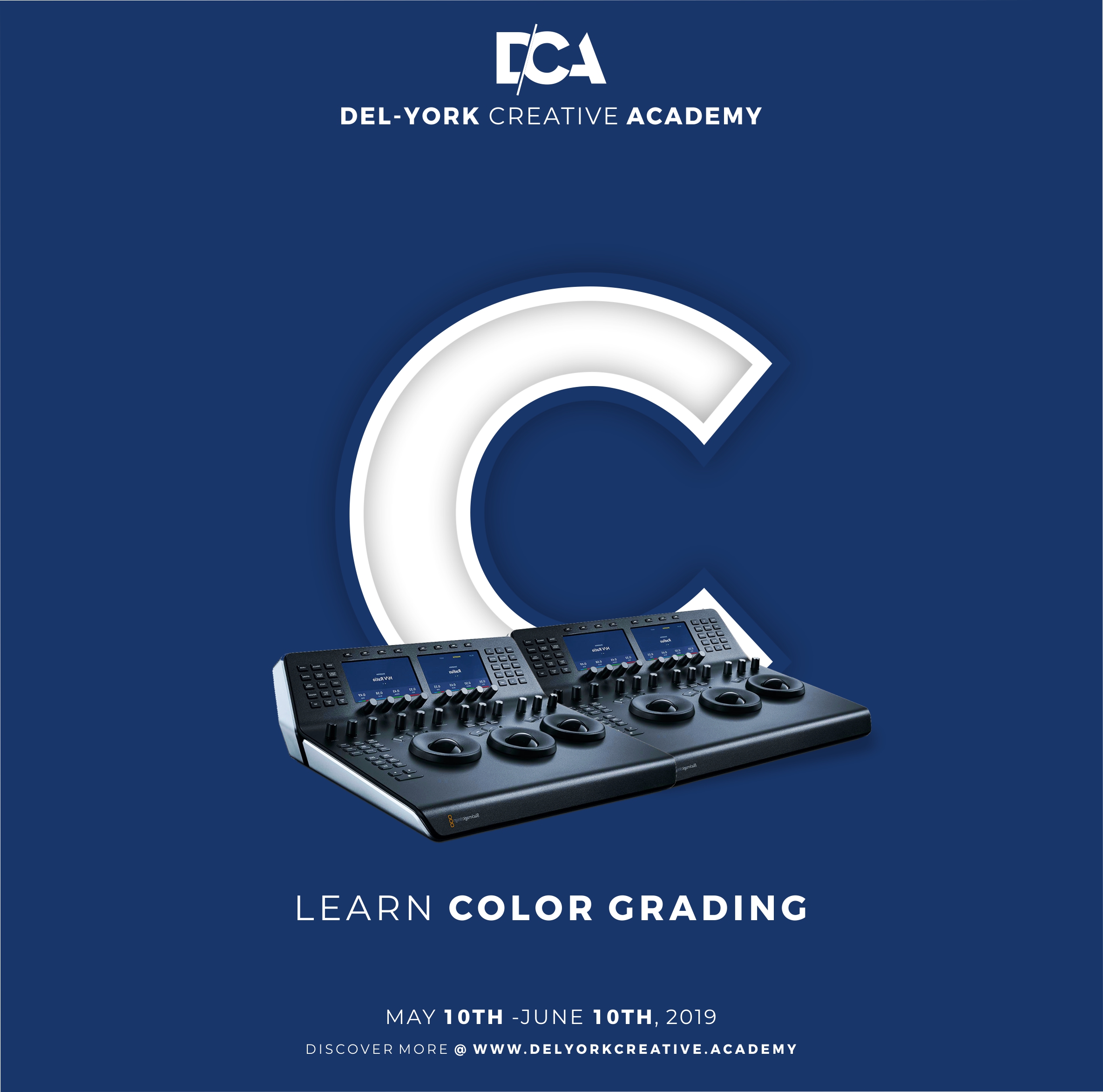 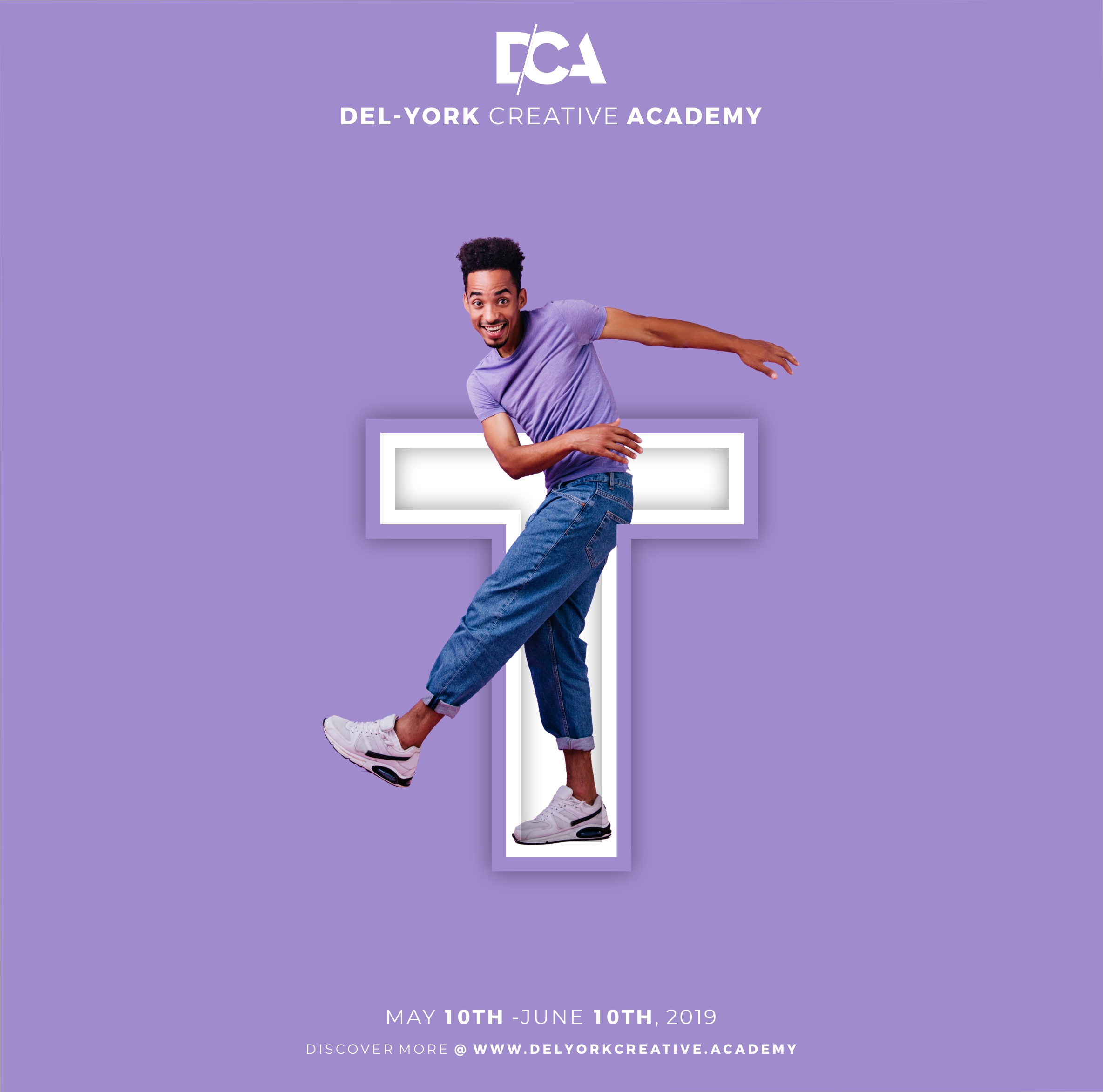 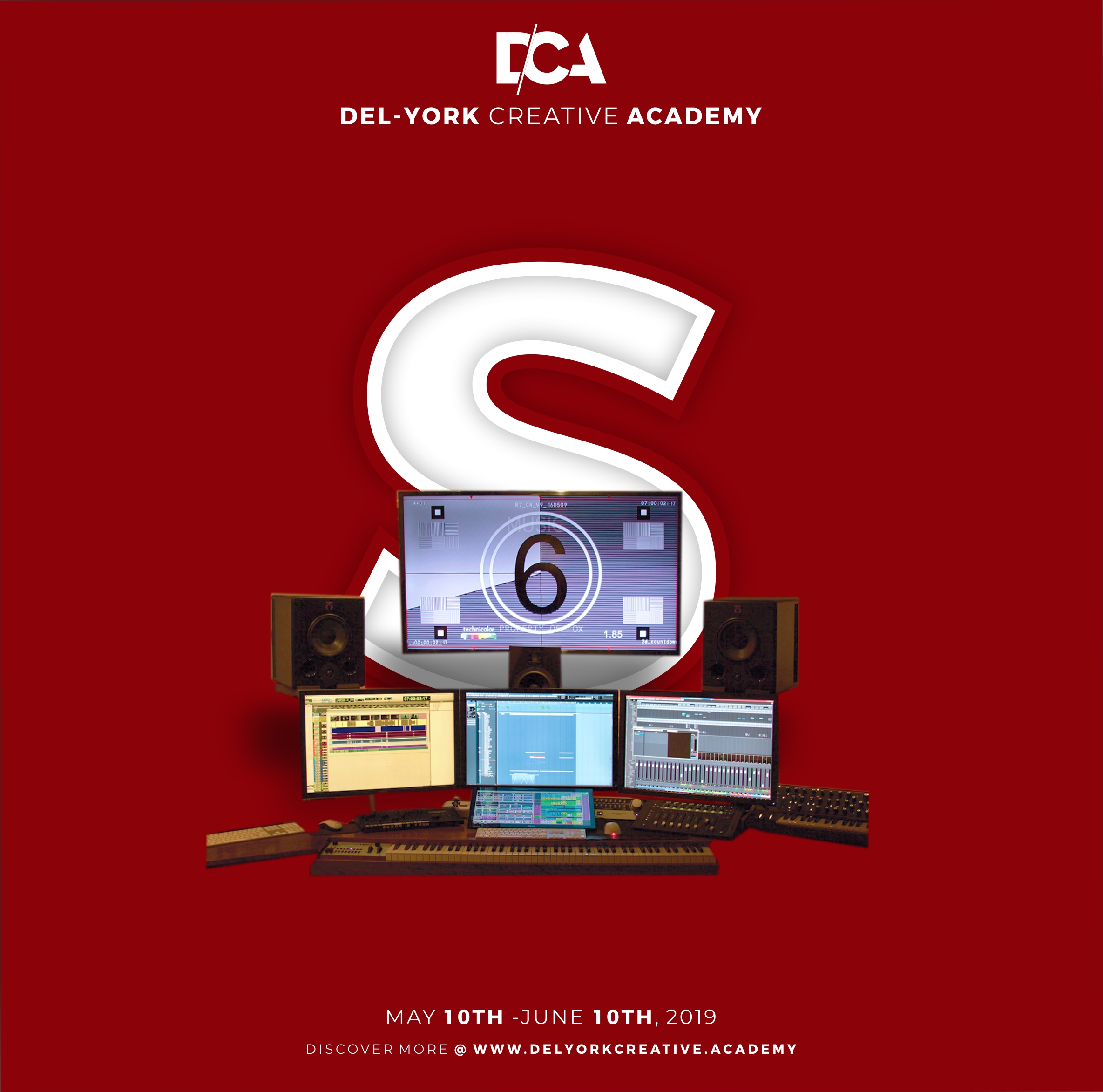 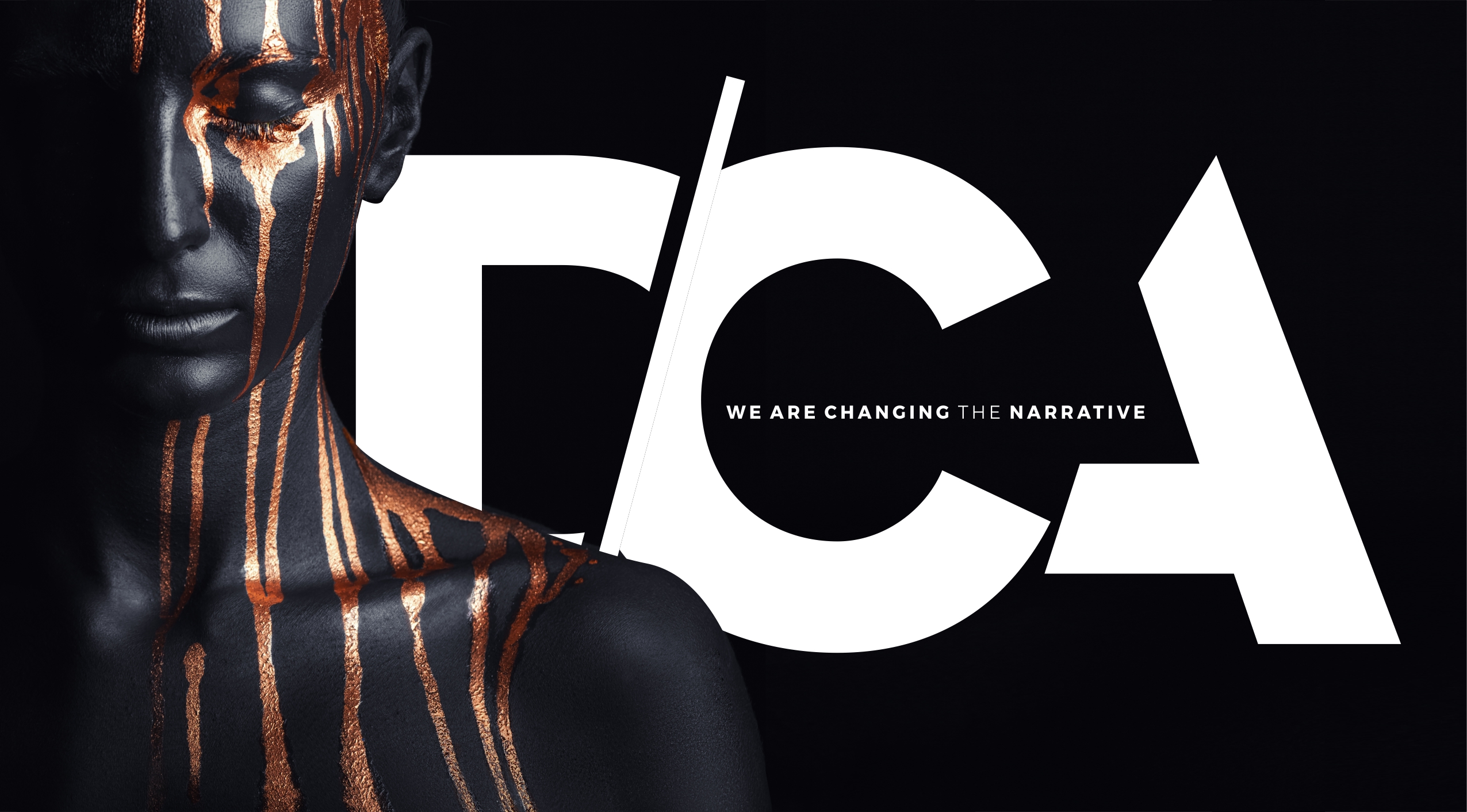 Lagos is renowned for several accomplishments, the entrepreneurial hub of Nigeria, seat of several historical scenes and home to an ever-vibrant culture. The city is about to birth another historical feat as it becomes the first Nigerian city to witness a partnership of this magnitude.

This May 10th – June 10th, 2019, the Del-York Creative Academy (DCA) will be holding its flagship world-class training program in partnership with leading Media and Film Institutions; Warner Bros, USC, and twenty-two of the most prolific film and media instructors from Hollywood in Lagos, Nigeria.

Warner Brothers Entertainment (WME) has been a household film studio since 1923. As one of the “Big Five” major American film studios with operations in film, television and video games, this mogul is responsible for a variety of international blockbusters from Harry Potter, to Justice League.
DCA has established a strategic partnership with USC Dornsife faculty of Arts Warner Bros/ BE.

In an interview at the Del-York’s Headquarters, on Tuesday he said: “To compete in the real world; the best of our raw talents would need to be pruned in fire; by learning how to commercialize their crafts; our artists would be transformed from show-stoppers to game changers. Though we appreciate film theory, our Academy is not for theorists, it is for the pragmatic and for those who are ready to turn their creative tools into instruments of real change.”
Home to over 1,200 successfully-trained alumni exporting notable contributions in the contemporary film and broadcast industry, Del-York Creative Academy, (the capacity building arm of Del-York International) has stood the test of time for over a decade as Africa’s premier filmmaking and media training hub.

The Academy kicked off its first edition on a historical note, partnering with one of the most notable capacity-building institutions in the world, based in New York. Five editions later, she stands alone as the Del-York Creative Academy, poised to spur an educational-reform and transform the world of media education by replacing classroom theory with a “Vocational/Hands-on approach to learning.”

Also, in a bid to empower the next generation, 500 of Africa’s most talented creative disruptors will be selected from across the continent: Nigeria, Cameroon, Ghana, South Africa, Gambia, Rwanda, Kenya, Ethiopia, Chad, Morocco, and other African nations, will be groomed under Project 500. Their vital mission? To “Change the African Narrative and Drive Social Change Across the Continent,” in what has been termed, the most intensive hands-on training program in Africa, crashing a rigorous six-month curriculum into just 4 weeks!

Beyond unconventional teaching methods, the Academy celebrates this generation’s rising stars, reskilling Africa by authoring change agents through the powerful medium of film to drive a new day for a continent coming of age, from its cinematic adolescence. Do the words “Change and Impossible, ignite your fire? Then it’s time to take a hands-on approach to learning!
So, place the power in your hands and master the cinematic craft. Become one of the 500. Apply today! For more information, on our courses, the project 500 scheme and more,

What's New
D’Prince Shares Inaugural Monthly Playlists Tagged ‘El Jefe’s Playlist’
1 day ago
D'Prince is also known as El Jefe, a Nigerian Afropop recording artist, entrepreneur and the CEO Jonzing World record label. El Jefe’s monthly playlist is a curation of his favourite songs of the month He shared the inaugural monthly playlist for the month of January which features 10 songs from Ruger, Millionz, Popcaan, Drake, Rema,…
What's New
DJ Neptune Drops A New Single 'Bienvenue' Featuring Ruger
1 day ago
DJ Neptune has dropped a new single titled 'Bienvenue' featuring Ruger. DJ Neptune taps Ruger for a new thrilling single Bienvenue' which comes through with a crisp tune produced by DJ Neptune, Kukbeatz and Choke Boi. The new year is off to a bang with "Bienvenue," a brand-new classic song from DJ Neptune and also…
Politics
Atiku berates Tinubu for hypocritical criticism of APC
1 day ago
The presidential candidate of the Peoples Democratic Party (PDP), Atiku Abubakar, has berated the presidential candidate of the All Progressives Congress (APC), Bola Tinubu, for his hypocritical attempts to extricate himself from the many failures of the ruling party. Atiku’s Special Assistant on Public Communication, Phrank Shaibu, said this in a statement, in Abuja, on…
Nigeria
Anambra: Gunmen set INEC office ablaze, destroy election materials
1 day ago
Gunmen on Tuesday set ablaze the Independent National Electoral Commission (INEC) office in Ogidi, Idemili South Local Government Area, Anambra State, destroying non-sensitive materials for 2023 general elections. The Commission disclosed this in a statement by its Commissioner and Chairman, Information and Voter Education Committee, Festus Okoye, in Abuja on Wednesday. Okoye said that the…
Nigeria
Nnamdi Kanu granted permission to apply for independent medical care
1 day ago
The Federal High Court in Abuja has granted the detained leader of the Indigenous People of Biafra (IPOB), Nnamdi Kanu, permission to apply for an order of mandamus to compel the Department of State Service (DSS) to allow him unfettered access to medical care. In the suit marked FHC/ABJ/CS/2341/2022, Nnamdi Kanu, through his legal team…

Guardian Life
Around And About Nollywood In One Week
12 Nov
Delectable actress and Black November star Mbong has remarried eight years after formally divorcing filmmaker Jeta Amata. The 37-year old mother of one got social media space buzzing when she shared photos from her wedding ceremony, which held in Cross Rivers State at the weekend.

What's New
Beyonce-Adele Rematch Set To Dominate 2023 Grammys
16 Nov
Pop royalty Beyonce and Adele will face off at the Grammys once again after the music titans released blockbuster albums that vaulted them to the front of the list of 2023 nominees.

Style
Masculinity And The Skirt Wave
21 Nov
Skirts, whether long, short, straight, pleated or flared, is considered women's fashion pieces, except in cultures that have men on skirts. Certain historical periods have also recorded men in skirts. Thom Browne's Spring Summer 2023 collection featured an interesting array of long, short and pleated skirts for men. Most unusual, so to say, the fashion…

What's New
Michael Jackson's 'Thriller' revolution turns 40
25 Nov
Mixing rock, pop and RnB like never before, Michael Jackson's "Thriller", 40 years old next week, became the most successful album of all time and defined a coming era with its audiovisual ambition.