A Facebook post about the “healing powers” of the banana flower claims it is a “miracle food”.

The post lists a number of its supposed health benefits, including the ability to “prevent” conditions such as Alzheimer’s disease, Parkinson disease, cancer and heart disease.

But how accurate are these claims? And what’s the science behind them? 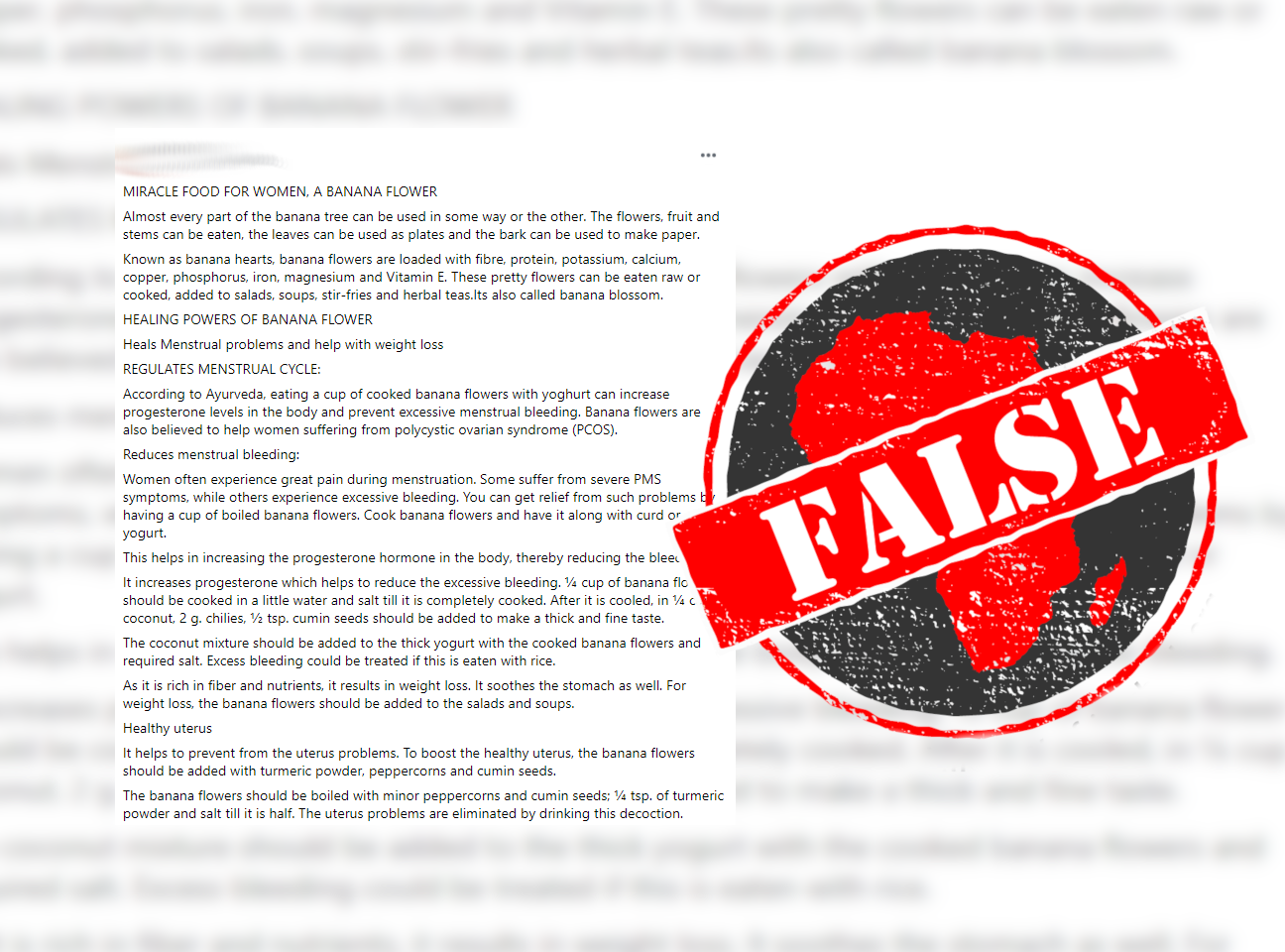 Antioxidants at root of many misleading ‘miracle’ claims

“Antioxidant” is a broad term which applies to a number of chemicals which can slow, prevent or reverse a particular kind of biological damage referred to as “oxidative stress”.

Oxidative stress is caused by other chemicals known as “free radicals”, which are vital to some bodily functions, but can cause damage if they are not properly regulated by the body.

For a more detailed breakdown of antioxidants, read Africa Check’s factsheet on free radicals and antioxidants.

The Facebook post about banana flowers claims that antioxidants in the flower are what allow it to “prevent” cancer and heart disease, and to “cure” aging-related health issues, including Alzheimer’s and Parkinson disease.

As noted in our factsheet, research into the health benefits of nutritional antioxidants has proven inconclusive. For example, clinical trials to determine whether antioxidants can be used to prevent or treat cancer generally show no benefits.

A 2017 review of scientific literature found “a clear lack of consistent data supporting the use of antioxidants in cancer prevention and treatment”.

The first rule of thumb when assessing any health claim is: “If it sounds too good to be true, it probably is.” This is certainly the case when it comes to these claims.

Medical experts typically recommend a balanced diet with several daily portions of fruits and vegetables in order to have enough antioxidants in your diet. But no amount of antioxidants can prevent cancer, or “cure” aging.

Consult your doctor if you are worried that your diet may not contain enough antioxidants, or you want advice on preventing certain health conditions. Your doctor may be able to recommend lifestyle changes that have been shown to decrease the risk of particular diseases, or give advice tailored to your particular medical history.