By Emidun Temi
Share on Facebook Share on Twitter Share on WhatsApp Share on Telegram
Nigeria is a nation that is richly blessed with diverse culture, religious and ethnic ties. From the Ojude Oba festival and Eyo festival in the West, the New Yam festival in the East, to the Argungu fishing festival in the North among many others, cultural activities across the diverse groups in the nation reveals the…

Nigeria is a nation that is richly blessed with diverse culture, religious and ethnic ties. From the Ojude Oba festival and Eyo festival in the West, the New Yam festival in the East, to the Argungu fishing festival in the North among many others, cultural activities across the diverse groups in the nation reveals the beauty and pride of our heritage. Most festivals celebrated across the nation are done to enhance communal ties, foster relationships and traditions and creates an avenue to communicate handed down traditions.

In this light, it was a spectacular celebration of our African tradition and heritage at the 2019 Ilorin Durbar Festival which saw the assembly of sons and daughters of Ilorin, Kwara state, tourists and tradition-enthusiasts.
Ilorin was founded in 1450 and served as a provincial military headquarters of the ancient Oyo Empire. The city is a confluence of cultures, populated by the Yoruba, Igbo, Hausa, Fulani, Nupe, Bariba, Kanuri and Malian tribes. Every year, people belonging to the Christian, African traditional and Islamic religion, organise festivals that takes place in the ancient city. While a lot of people visit for the beauty that is captured during the festival, photography took me there.

Photography has taken me to uncharted territory. In turn, I have become immersed in the unique peculiarities that encapsulate Nigeria’s cultural diversity. The Ilorin Durbar was no exception and I looked forward to another exhilarating display of culture and tradition. A durbar is annually celebrated across Nigeria in several cities and it marks the end of the Ramadan and is also shared with Eid-el Kabir and Eid-el Fitri Muslim Holidays.

I arrived at the venue at Oja-Oba, a suburb in Ilorin Metropolis to behold the Magnificent, Architectural masterpiece of the Ilorin Central Mosque which also is the residence of the Emir of Ilorin. The venue was filled with a mammoth crowd outside the gate with everyone hoping the gain entrance into the venue. Security personnel were on guard to maintain law and order and also to make sure that we all got into the arena in order. The venue was adorned beautifully with all forms of traditional decoration to usher in visitors. There were different cultural dance display as the dancers moved in synchronisation to the drums and music.

I made my way quickly into the inner chambers to get first-hand images of the horse-riders who were getting prepared for the procession. I was endeared to the intricately designed costumes on the horses and the horse riders, each very significant to its tribe.

Horse riders are a significant aspect of the Durbar Festival all bearing peculiar designs, patterns, and adornments.

The Emir rode in company of the royal family, escorts, joined by different family heads each showcasing family regalia on horses
and camels all intricately designed.

We started the procession from the Emirs Palace, through General, Taiwo road, Oja Oba road and back to the Emir Palace. At each stop, the Emir was greeted by residents of Ilorin metropolis all chanting ” Shehuuuuuu’ as a sign of homage and respect to the Emir accompanied with melodious songs, rhythmical dances peculiar to different family represented by their family heads. Among these houses were Ajia Opele of Ilorin, Galadima Ngari of Ilorin, Kannike (So mai Sonka), Sarkin Gambari family, D/Head Fufu, Shitta Alimi, Balogun Fulani of Ilorin.

During this time, I managed to capture some evergreen photos that hold significance to the event. 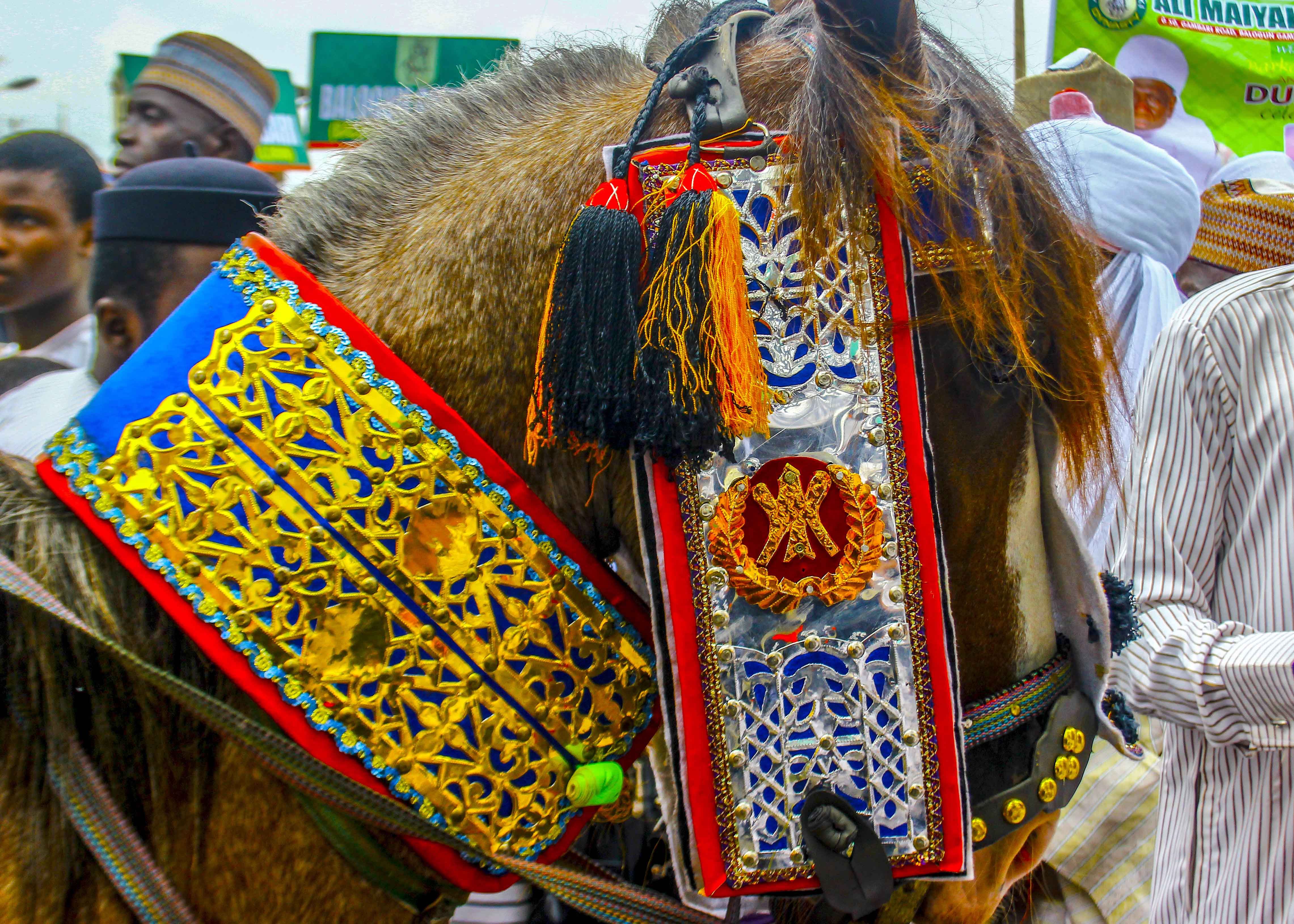 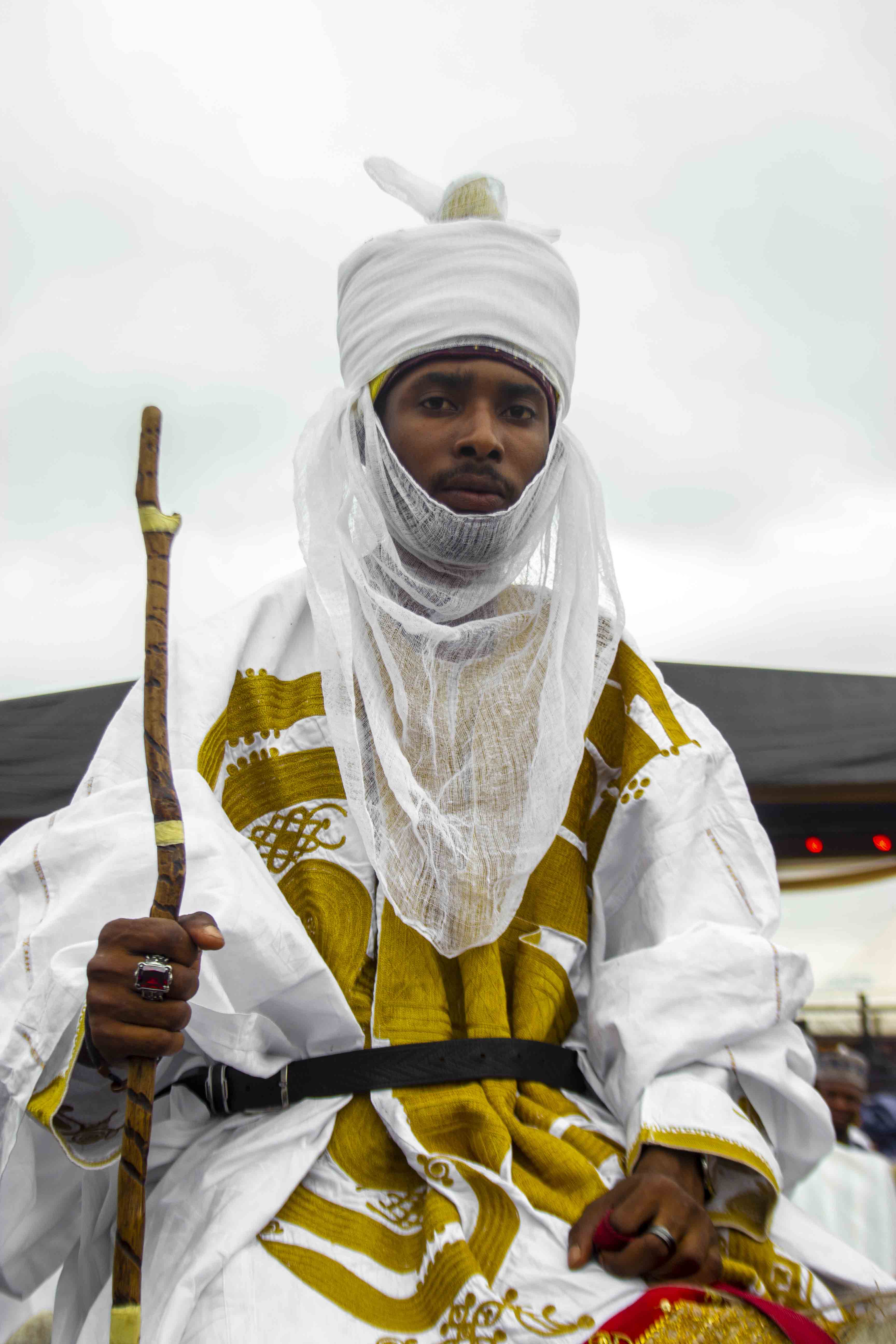 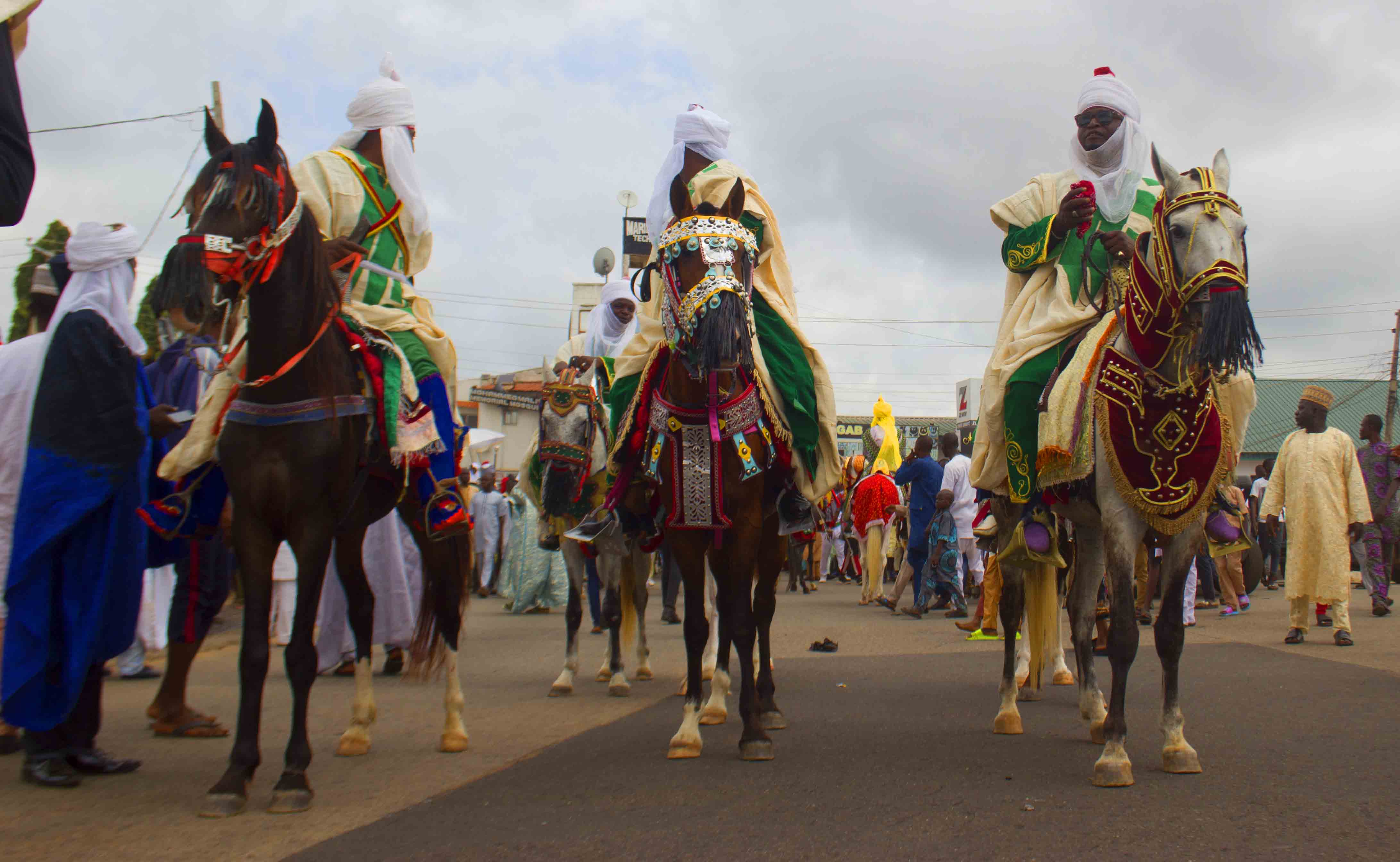 Food
Taste Happiness In A Scoop, As Kinglace Ice Cream Launches In Lagos, Nigeria
8 hours ago
Ice Cream lovers, GET IN HERE!  Looks like we'll be eating good this "Detty December" as Kinglace makes its first entry into Lagos with its premium ice cream delights guaranteed to leave you wanting more.  Produced by Iceberry, Russia's oldest ice cream manufacturer and distributed by Wow Creamery, Kinglace is no stranger to the ice…

What's New
Kanye West Deletes All Posts On His Instagram Account
10 hours ago
Kanye West has erased all photos and videos from his Instagram page.  The Donda rapper, who is no stranger to abandoning social media with no notice at all, has completely wiped his Instagram page. Ye's Instagram features zero posts; however, the account is still active and is yet to be deleted or deactivated. Last weekend, Ye shared…

Music
New republic Barbados names Rihanna national hero
10 hours ago
As Barbados became the world's newest republic, its prime minister's first act was to officially declare the island's most famous citizen, Rihanna, a national hero. Barbados had already conferred the title of ambassador extraordinary and plenipotentiary on the billionaire multiple Grammy-winning singer and businesswoman in 2018 and tasked her with encouraging education and tourism. The…

What's New
Tiffany Haddish And Rapper, Common Call It Splits
10 hours ago
American actress Tiffany Haddish and rapper Common have reportedly broken up after one year of dating.  People magazine reports that a source revealed the duo had gone their way.  While both stars and their reps are yet to speak on their breakup, the source hints that it was a result of their busy schedules.  "They…

Music
AFRIMA 2021… Day African Stars Came To Town
3 days ago
It was nearly 9:00 p.m. and the screams nearly threw one off the seat. In a flash, the entire auditorium was agog with excitement as the Rexxie-produced groove anthem, Ko Por Ke, rented the air.

Music
Afropop Teen Star, Phatiah Returns With 0
3 days ago
Over the last three years, the scope of Nigerian Afropops music has evolved to be inclusive of every demographic within its core, leading to the rise of powerful Aftopop stars that are unconventional of the typical musical stereotypes.

Film
House of ZETA Releases Stories By Her - A Short Film To Kickstart 16-Days Of Activism For The Elimination Of Violence Against Women
11 hours ago
Globally, one in four girls experiences sexual abuse. This situation gets dire as 27% of women between the ages of 15 - 49 have been abused by their partners worldwide, and about 736 million have experienced violence in their life.

Film
'Simpsons' Tiananmen Episode Missing From Disney+ In Hong Kong
1 day ago
The Simpsons Tiananmen episode in which the cartoon American family visit Tiananmen Square is missing from the Disney+ streaming service in Hong Kong. The news of the missing episode comes at a time when authorities are clamping down on dissent, with curbs on speech becoming a norm in the international business hub and ensnaring global media and…

Film
Disney Animation 'Encanto' Enchants North American Viewers
1 day ago
After a three-day weekend, Disney's new animated musical fantasy film Encanto has topped the North American box office, raking in an estimated $27 million. This number released by industry watcher Exhibitor Relations revealed this on Sunday. However, its numbers fell below other family-oriented Thanksgiving weekend releases, including Frozen II and Coco. However, this number proves to be a sign that…

Film
AMAA: Eyimofe wins five awards, including Best Director, Best Nigerian Film
1 day ago
Eyimofe (This Is My Desire) has won five awards at the 2021 Africa Movie Academy Awards (AMAA), including the prestigious Best Director and Best Nigerian Film awards. Nominated in seven of the 26 categories, prior to Sunday’s AMAA, the GDN Studios-produced film also came out tops in the Best Editing, Best Sound, and Best First…

Film
Chris Ihidero Serves Man Pikin
3 days ago
Titled Man Pikin, the 26-part series was created and produced by Ihidero, one of the most respected TV writers and producers on the continent, and owner of PinPoint Media, a Nigerian film and media company working to industrialize content creation and distribution in Africa.

World
Ex-hotel driver on trial in France over Rwanda genocide
22 Nov
A former hotel driver goes on trial in Paris on Monday accused of complicity in Rwanda's 1994 genocide by transporting Hutu militiamen who massacred hundreds of Tutsis.

Guardian Life
Nigerian actor Baba Suwe dies at 63
22 Nov
Legendary Nigerian comic actor, Babatunde Omidina, fondly called Baba Suwe, has been confirmed dead. He was 63-years-old. His death was confirmed by his son Adesola Omidina, on his official Instagram page @Omo_Omidina on Monday. "This is to announce the sudden death of my father Mr. Babatunde Omidina. The legend and rare gem “ Babasuwe °…

Nigeria
Delta variant still dominant COVID in Nigeria – NCDC
22 Nov
The Nigeria Centre for Disease Control (NCDC) says the Delta variant continues to be the dominant strain of Coronavirus in the country.