Television’s glittering Emmys placed politics front and centre on Sunday, lavishing “The Handmaid’s Tale” with awards for its bleak portrait of an authoritarian America.

The glitzy ceremony in downtown Los Angeles — the first under the administration of President Donald Trump — was widely expected to have a strong political flavour, and host Stephen Colbert set the tone in his opening monologue.

“All the late night shows, obviously, ‘House of Cards,’ the new season of ‘American Horror Story.'” 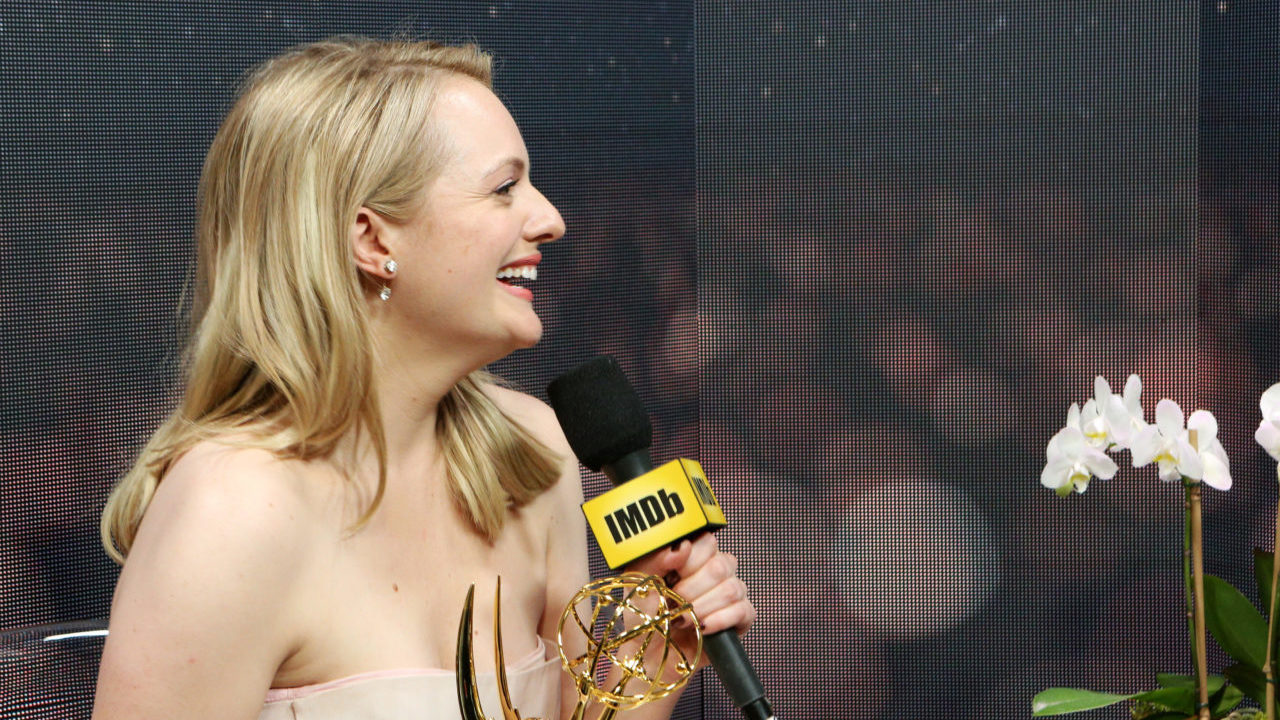 Actor Elisabeth Moss, winner of the award for Outstanding Drama Series for 'The Handmaid's Tale,' attends IMDb LIVE After the Emmys at Microsoft Theater on September 17, 2017 in Los Angeles, California. Rich Polk/Getty Images for IMDb/AFP 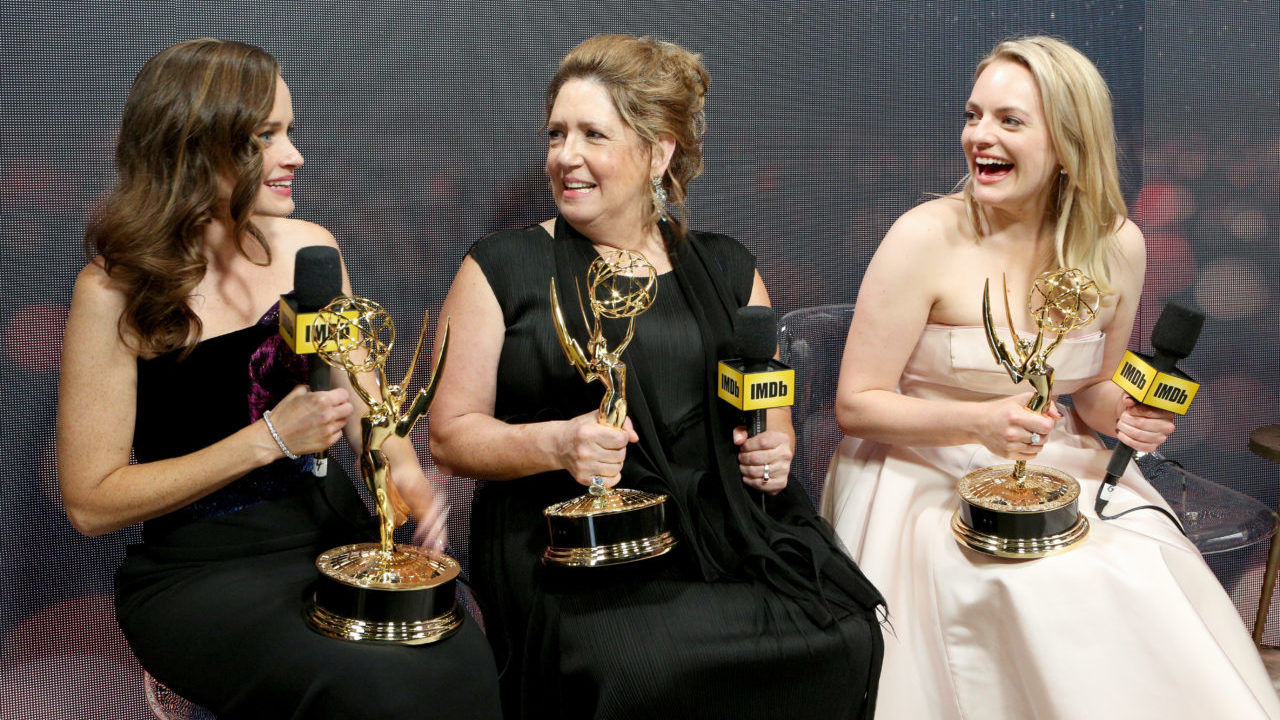 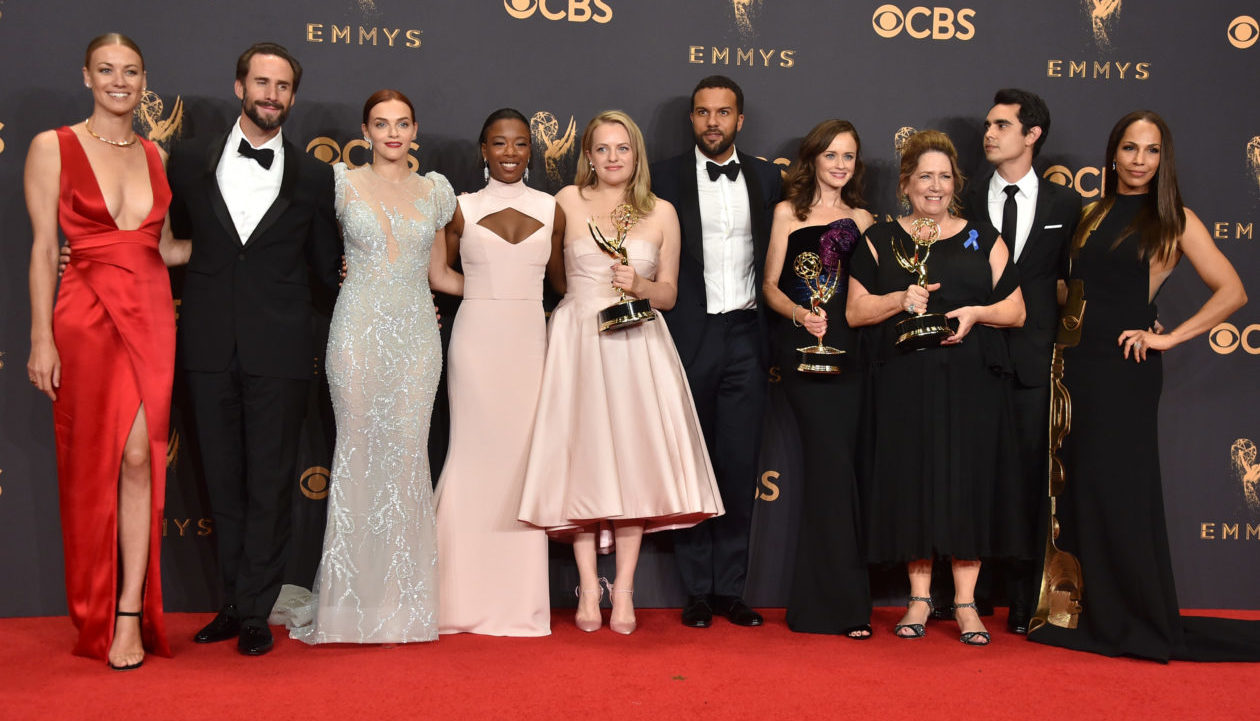 Hulu’s “The Handmaid’s Tale” and HBO miniseries “Big Little Lies” were the big winners, with five statuettes each.

“The Handmaid’s Tale,” Hulu’s acclaimed series based on the 1985 novel by Canadian author Margaret Atwood, won awards for writing and directing as well as the biggest prize of the night — outstanding drama series.

Ann Dowd, picking up her first Emmy at age 61 for her portrayal of brutal instructor Aunt Lydia, spoke of how her award was “a dream” while outstanding lead actress Elisabeth Moss turned the air blue with an expletive-strewn acceptance speech.

Hulu will have the most to celebrate as the post-show parties get started, stealing a march on rival streaming platform Netflix, which won just four statuettes all evening.

On a night that rewarded ethnic diversity, Sterling K. Brown picked up lead actor in a drama for “This is Us” while Aziz Ansari and Lena Waithe, Riz Ahmed and Donald Glover also made it to the podium.

But politics was always going to be the story of the awards from the moment John Lithgow picked up the first one: best supporting actor in a drama for his acclaimed turn as Winston Churchill in Netflix’s British royal drama “The Crown.”

“In these crazy times his life even as an old man reminds us what leadership and courage in government really looks like,” the US actor said.

Its haul of five Creative Arts statuettes included outstanding guest actress in a comedy series for Melissa McCarthy, whose “Unhinged Spicey” take on Sean Spicer came to embody early criticism of the administration.

The former White House press secretary, whose full-throated defense of Trump earned him derision on television, delighted his former tormentors in a surprise appearance at the opening of the show.

Guardian Arts Akinpelu... Revisiting history of the Yorubas
21 hours ago 0