By Dennis Da-ala Mirilla
Share on Facebook Share on Twitter Share on WhatsApp Share on Telegram
The movie is Bling Lagosian and the theme to the premiere was “Eko for Show.” Nigerians and their designers has found their place and it’s the movie premieres. If an occurrence happens just once in this era of Instagram, we call it a moment, if it happens more than once we throw a hash tag…

The movie is Bling Lagosian and the theme to the premiere was “Eko for Show.” Nigerians and their designers has found their place and it’s the movie premieres. If an occurrence happens just once in this era of Instagram, we call it a moment, if it happens more than once we throw a hash tag its way and call it a movement, but when it happens every other day it becomes a thing. Themed movie premieres have gone on to become a thing in our Nigerian movie industry. Whenever the blood busters hit the big screen, Nigerian tastemakers hit their sacred place- the red carpet and deliver submission, back to back, nailing whatever theme is selected for the premiere. From “Gangster Royalty” to “Opulently Nigerian: Be Extra” to “Arabian Nights” it has become apparent that movie premiere’s red carpets are the fashionistas’ playground.

Let fashion editors, bloggers, trendsetters and all members of the fashion and style firmaments who make these bashes attend with pen and paper in hand or on intern on standby to take actual notes because the Nigerian fashion creatives rather than Fashion Week, have found the event in whom they are well pleased to express their creative prowess and it’s the premiers.

The movie itself, Bling Lagosian invites the audience to bear witness to the life of the bourgeois in Nigeria. The one percent of the one percent and all the baggage that comes with that class: the influence, the luxury, the excess, the loans, the vanity, the show and the beauty of it all. And so in a bit to celebrate style itself the real one percent of the one percent descended on the hallways of the Intercontinental Hotel in Victoria Island to yet again decide the taste and Instagram posts for the coming days. 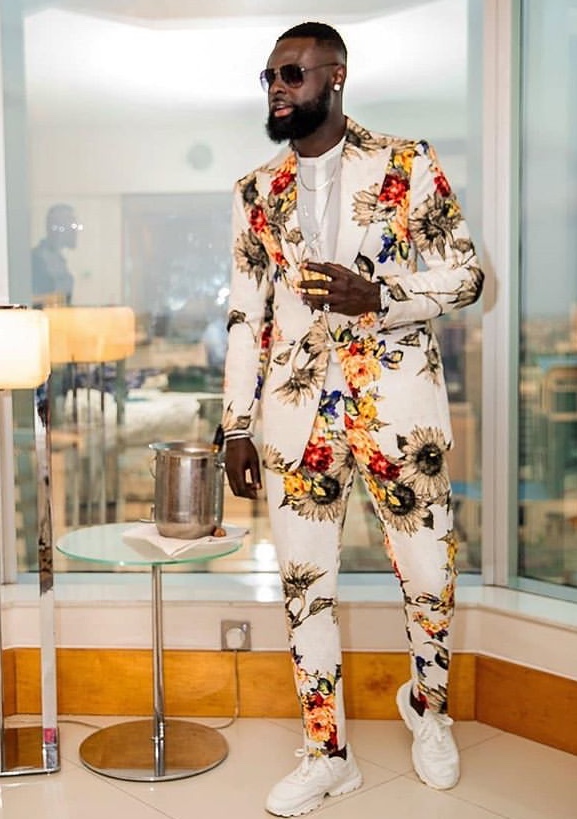 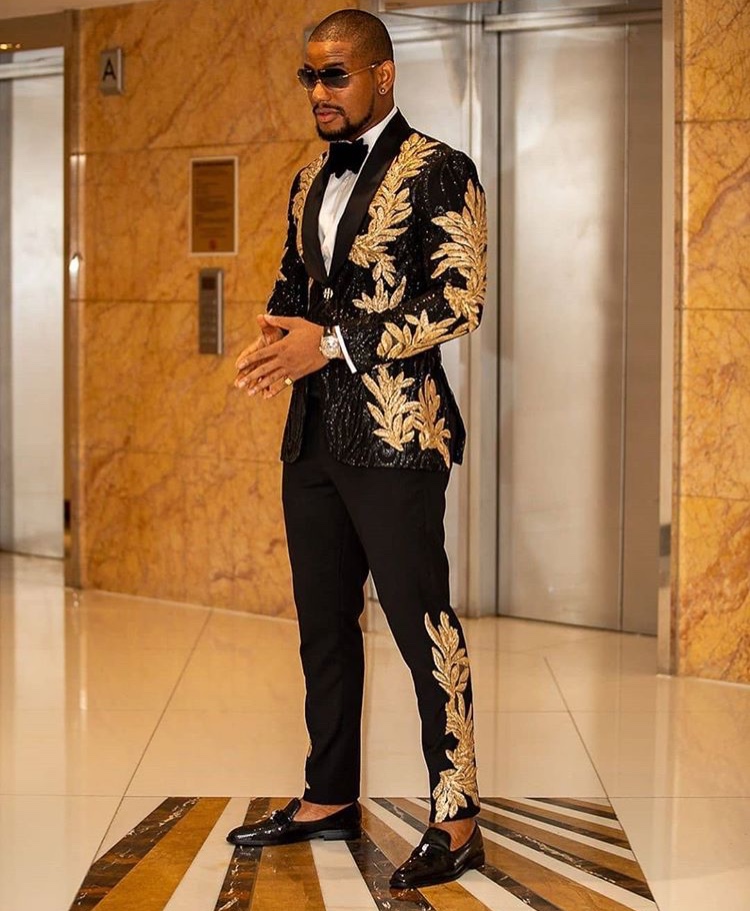 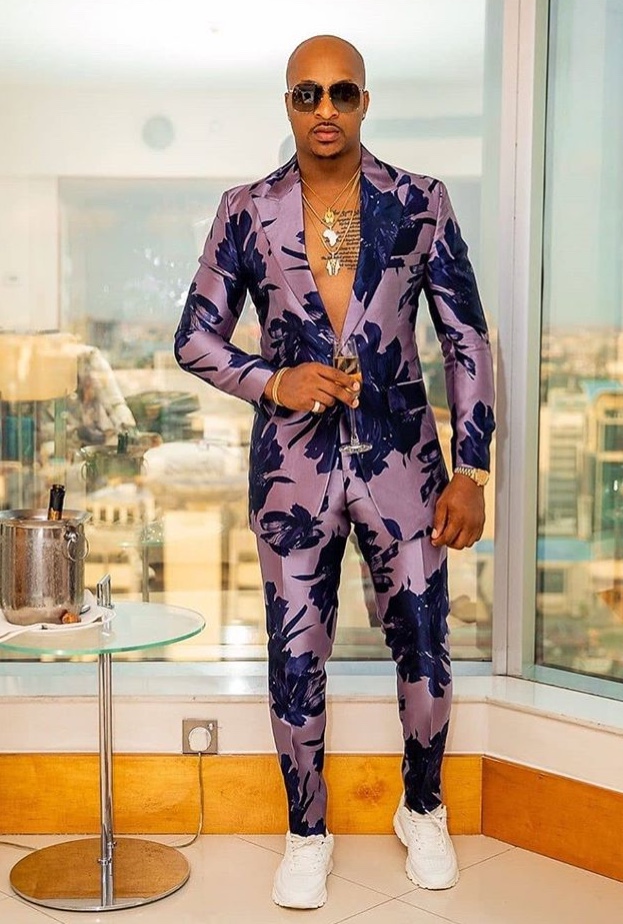 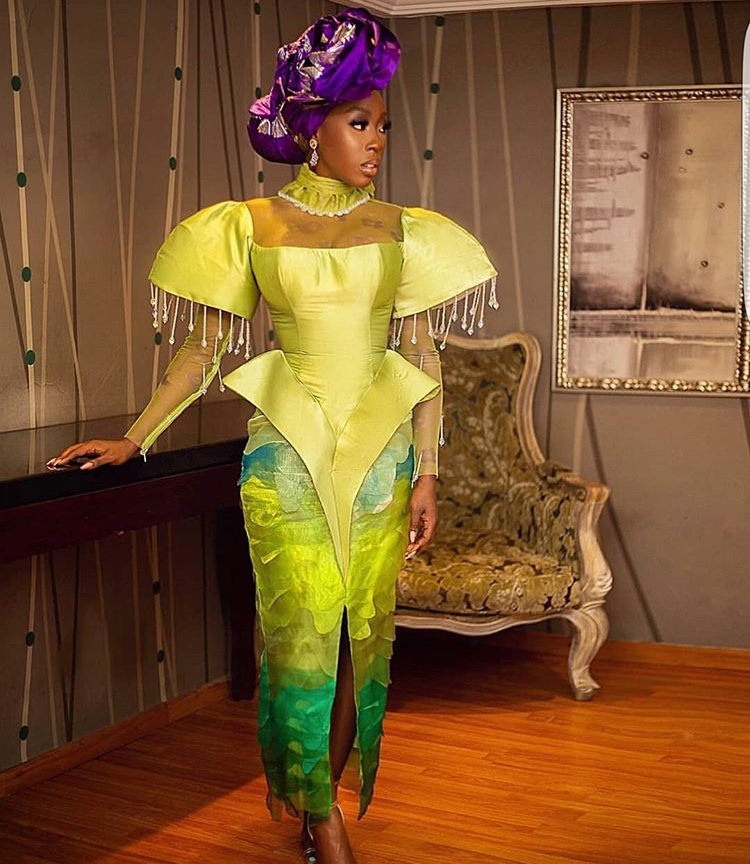 Members of the Nollywood most notorious bromance Alex Ekubo, IK Ogbonna and designer Yomi Makun of Yomi Casual caught my eye first in their bids to show off. Ekubo in Michael Black, Ogbonna in Yomi Casual and Makun of course in Yomi Casual all experimented with the dramatics. From sequins to flamboyant prints to avant-garde patterns and even lavender those guys stole the show in ways only they can.

Sisters of the movement, submitted totally to the gods or whatever it is, that bloody deterrent of the zeitgeist of this millennium; Teni Oluwo, and Adetoke Oluwo were two wives of the bad table mannered billionaire, heavily invested in lace and gold. To the premier they channelled 20th century Yoruba rich women with heavy beadings, glitters, headgears, facial mask, corset and great discomfort. Going on to snag the 500k cash price for best dressed at the event even money had to bow.

The real bourgeoisie, actress Beverly Naya also answered the call to the playground last weekend and she did it in Weiz Dhurm Franklyn. Whenever Naya is at the party she commands attention just by doing nothing. Is it her pose or the dresses? Yellow, lemon, purple, chandelier-esque drapes or something like that for a hand and that facial expression that is xpressionless sums up what “Eko for Show” means.

The red carpet host, actor Timini Egbuson (congrats on the new home) was my best dressed. Nothing does it quite well like a suit that fits well; Egbuson’s suits caught him like a lover. The colour, not in any way risky, the ubiquitous currently trendy navy – for a man who recently declared that he doesn’t follow trends – sure looks good in this trend.

I could devote the entire day writing about this one single event and how the plastics dressed to it for such was the diversity in taste. Let everyone that have ears hear this loud and clear what the one percent of the one percent are saying: “Ditch the fashion weeks and attend the movie premiers, end of story.”

Wellness
Postpartum Exercise And Recovery For Women
2 days ago
Research has found that the most common thing women want to address after giving birth is their postpartum belly, also known as diastasis recti. This condition occurs when the abdominal muscles separate during pregnancy and do not fully come back together after childbirth. Here are 13 exercises that can be beneficial for postpartum recovery: Kegels:…

Nigeria
Matawalle signs banditry bill into law, explains call for self-defence
29 Jun 2022
Amid the uproar over his call for residents to arm themselves in defence against raging banditry, the Zamfara State Governor, Bello Matawalle, yesterday, signed into law a bill for the prohibition..

Sport
Okagbare’s additional one-year ban has badly depleted our squad, AFN laments
29 Jun 2022
For the first time, Nigeria’s athletics is feeling the impact of the ban placed on U.S.-based sprinter, Blessing Okagbare, who was handed an extra one-year suspension on Monday night for doping violations.

Sport
UEFA do not lack ambition for women's Euro, says Kessler
29 Jun 2022
UEFA's head of women's football Nadine Kessler has dismissed claims that European football's governing body lacked ambition in the selection of venues for Euro 2022, with attendance records for the tournament in England set to be smashed.

Music
Travis Scott To Headline First UK Concert Since Astroworld Tragedy
29 Jun 2022
Travis Scott will headline his first UK concert since the devastating Astroworld Tragedy. The rapper will appear as the headlining act at London’s O2 Arena on August 6th. This will be one of his first significant concerts after the death of 10 people at his 2021 Astroworld Festival held in Houston, Texas.   View this…

What's New
Singer R. Kelly Faces Sentencing Over Sex Crimes
29 Jun 2022
A US federal judge on Wednesday was set to sentence disgraced R&B singer R. Kelly nearly a year after he was convicted of leading a decades-long effort to recruit and trap teenagers and women for sex. Prosecutors have urged the court to put the "I Believe I Can Fly" artist behind bars for at least…